Accessibility links
A Trans Man Steps Into The Ring – And Wins His Debut As A Professional Boxer After an injury forced Patricio Manuel to withdraw from the women's Olympic boxing trials, the fighter faced a reckoning. He decided to start living publicly as a man — and rebuild his boxing career. 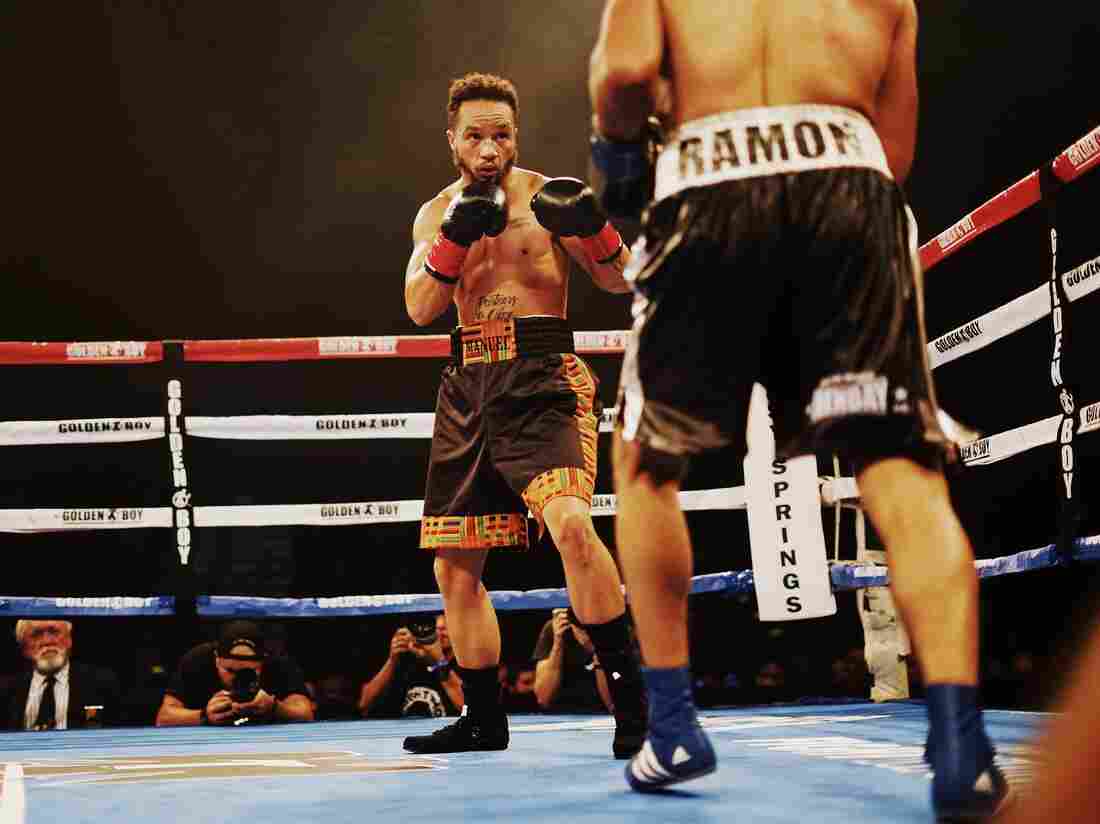 Patricio Manuel, the first openly transgender man to box professionally in the U.S., faced off against Hugo Aguilar on Saturday evening at a casino in Indio, Calif. The judges declared Manuel the winner. Texas Isaiah hide caption 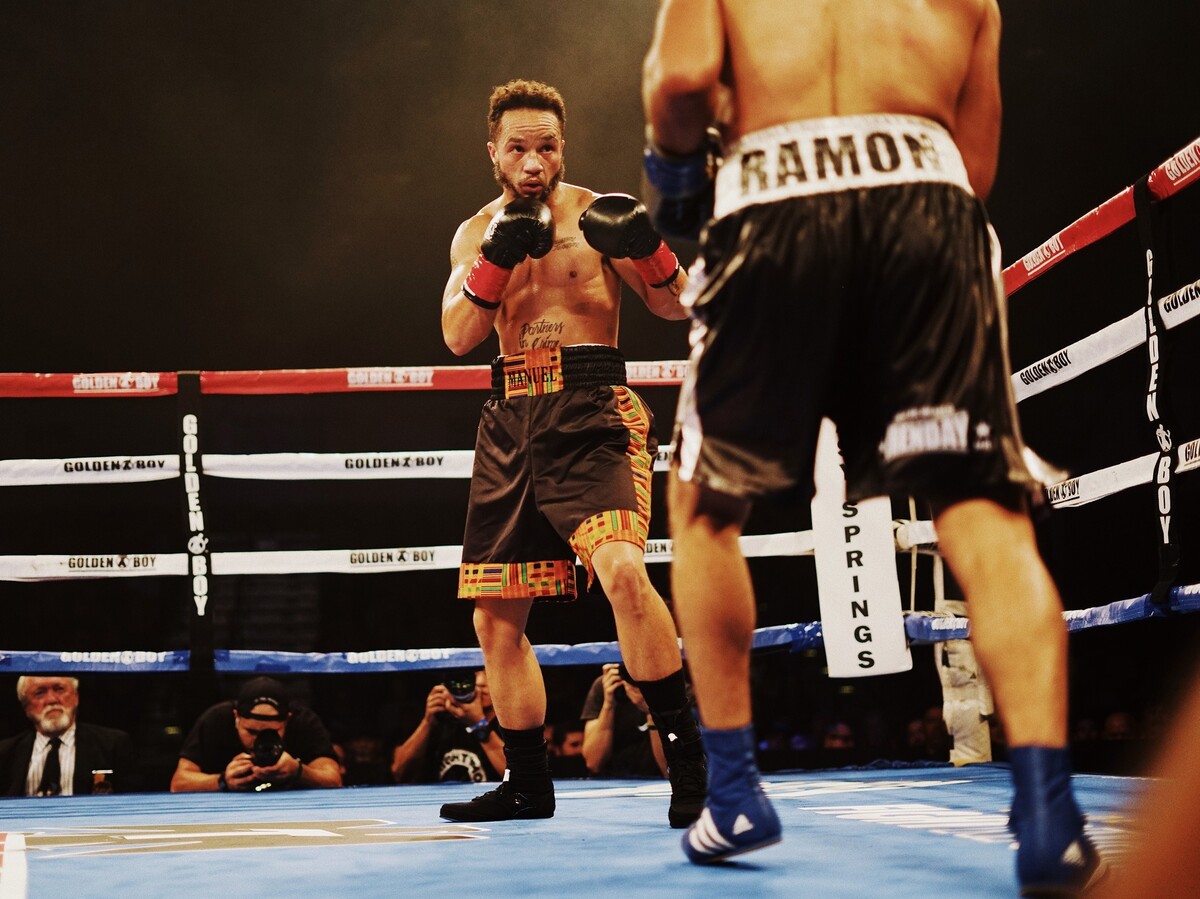 Patricio Manuel, the first openly transgender man to box professionally in the U.S., faced off against Hugo Aguilar on Saturday evening at a casino in Indio, Calif. The judges declared Manuel the winner.

If you just happened to be in the crowd at a super featherweight bout in Indio, Calif., on Saturday evening, you might not understand the importance of that particular boxing match.

But for Patricio Manuel, it represented 12 minutes of triumph. With that fight, Manuel, 33, became the first openly trans man to compete in a professional boxing match in the U.S.

It was moment of joy following a long journey after Manuel first stepped into the ring as a high schooler in Gardena, a small city south of Los Angeles.

"The first week I fell in love with the sport and never looked back," Manuel tells NPR's Steve Inskeep. He was drawn by boxing's rigor — "the specific, very grueling training from boxing, as well as the opportunity to compete consistently is what really attracted me to the sport."

Boxing entered his life at the same time as another fateful event for Manuel: puberty.

"I had always seen myself as a boy, even though society basically kept telling me no," he says. "And when I started going through puberty, it was like nature being like, no — you actually are a girl, no matter how much you don't want to be."

Manuel trained hard, developing a high-pressure style, throwing lots of shots at his opponents. He worked up the ranks of women's boxing, winning five amateur championships – and qualified for the 2012 Olympic trials, the first time women's boxing would be in the games. But after sustaining an injury in the first round at the trials, Manuel had to withdraw.

It was a career setback, but it forced a personal reckoning.

"Boxing was this thing I love, but it was also a distraction from me really looking at myself, and being like 'Who are you, really? What will make you happy?' " he says. "I was just always like, 'Boxing makes me happy.' But there's more to me than just a sport. And when the sport was taken away from me, I really had to look at myself, and be like, 'There's more to this than just losing the fight.'"

Manuel realized he had been lying to himself about being known as a female athlete and competing in women's boxing: "I really was a man that wanted to be in boxing, but I was afraid that I would lose my ability to compete."

It was time. Manuel decided to go by the name Pat, to use he/him/his pronouns and live publicly as a man. He also began taking hormones and medically transitioning, having a mastectomy and then surgery to give him a male-shaped chest. 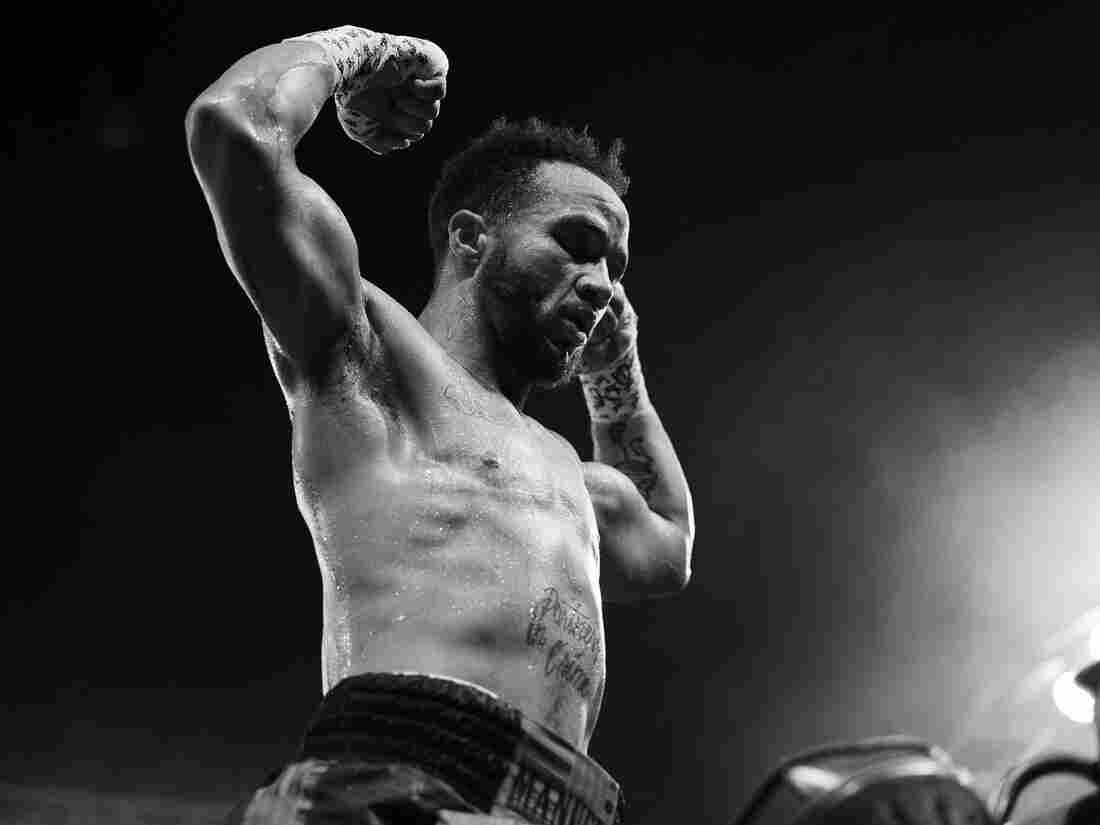 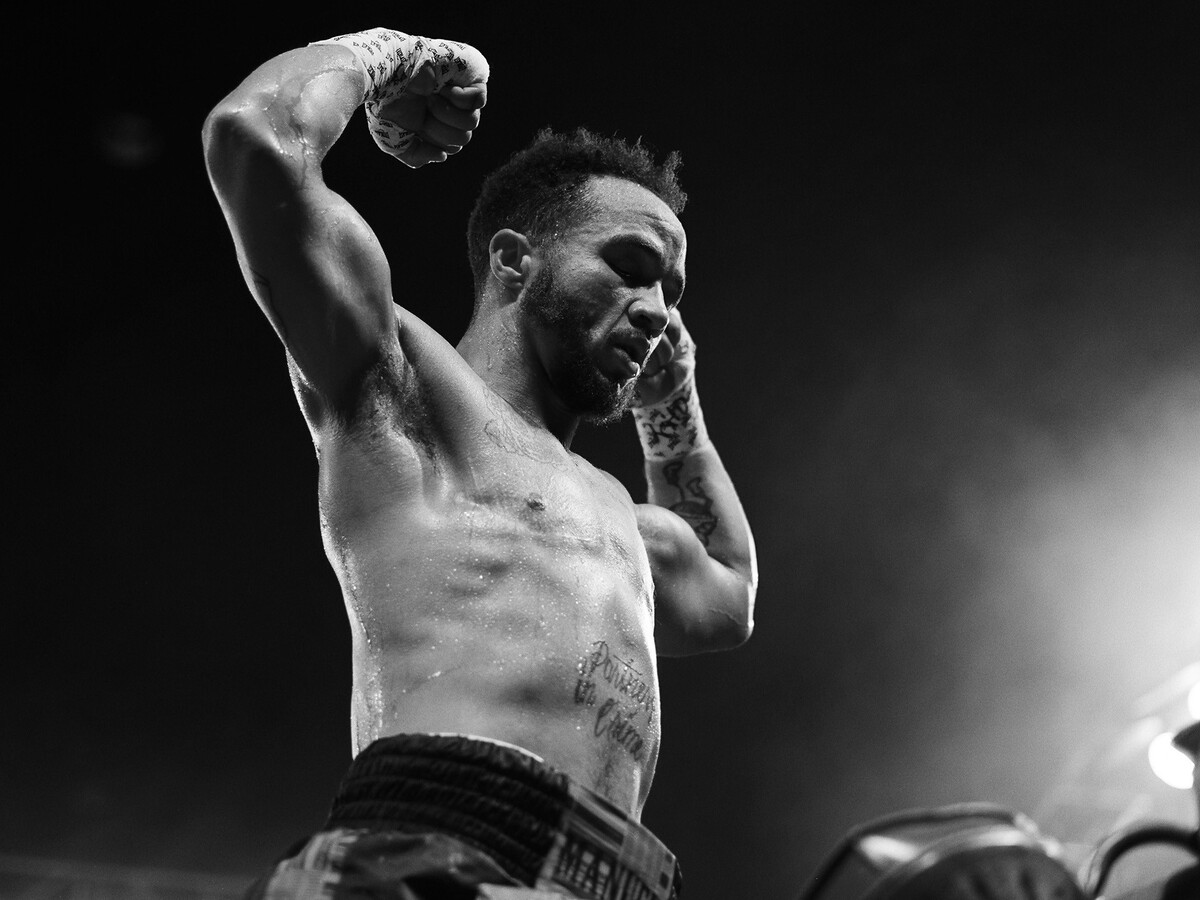 Manuel flexes at the match on Saturday in Indio, Calif.

But other complications arose now. His longtime gym told him that he could train there, but only if he didn't tell anyone — an impossibility for Manuel. "I've never lived my life in a closet, and I refuse to compromise that way. So I walked out of that gym and I never came back."

He found a new gym that welcomed him, and he fought two amateur bouts in 2016 – winning one, losing the other. But it was hard to find opponents, and he had to get used to taking on boxers who fought in a style more like his own.

"A lot of the male fighters — especially in Los Angeles, which is a primarily Mexican-populated boxing area — a lot of it's hunting someone down and ripping them to the body, which used to be my style in the amateurs," Manuel says. "But I faced a lot of female fighters who were really excellent boxers who worked on getting their distance, getting their points, moving out of the way. So it was an adjustment to turn from being the person who was always chasing down and breaking down the body of other fighters, to having someone do that to me."

But he kept up his training regimen, and with some new support from Golden Boy, Oscar de la Hoya's boxing promotion company, Manuel was able to get his pro license to box as a man. Golden Boy also found him an opponent.

So on Saturday evening, in an eight-fight card at a casino in Indio, Manuel battled a man named Hugo Aguilar. After four rounds, the judges declared Manuel the winner.

As Manuel was interviewed in the ring about what it all meant, boos and whistles could be heard from the crowd. But Manuel wasn't shaken, and he says he wasn't angry, either.

"I'm a black trans man. I've had people saying cruel, hateful things to me my entire life. People booing me – it's more about them than me. They don't know me. They don't know what I've been through. They don't know how much I love this sport, how happy I was in that moment. I refuse to give them power over me by feeling even angry toward it."