Accessibility links
Arizona Sen. Jon Kyl To Step Down, Leaving McCain's Seat Vacant Again Kyl previously retired from the Senate in 2013 and indicated his return would be temporary after Sen. John McCain's death. Arizona Gov. Doug Ducey will appoint a replacement to serve until 2020. 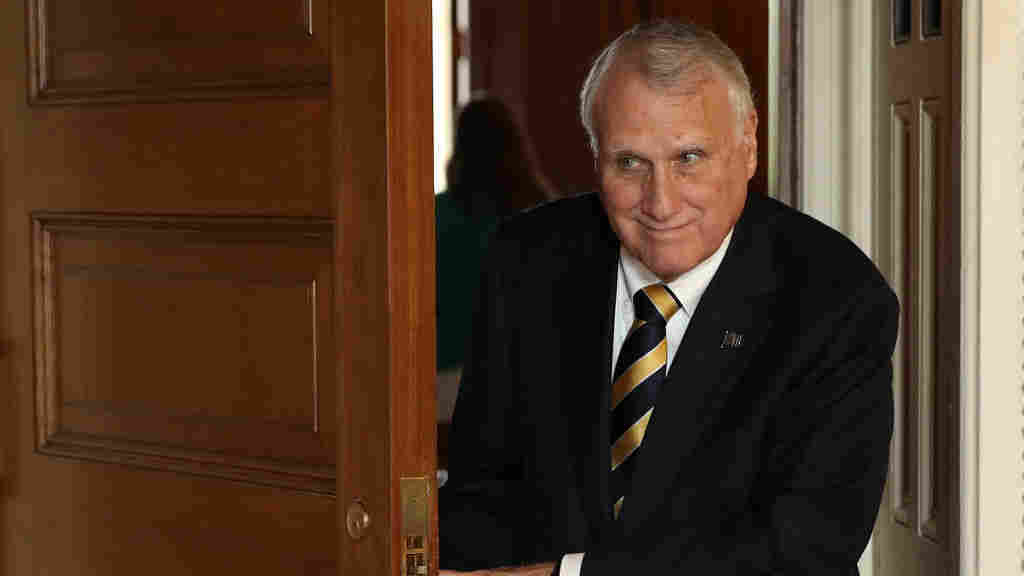 Sen. Jon Kyl, who first retired from the Senate in 2013, had indicated he never planned on sticking around long, committing to serve only through the end of the current congressional term. Win McNamee/Getty Images hide caption 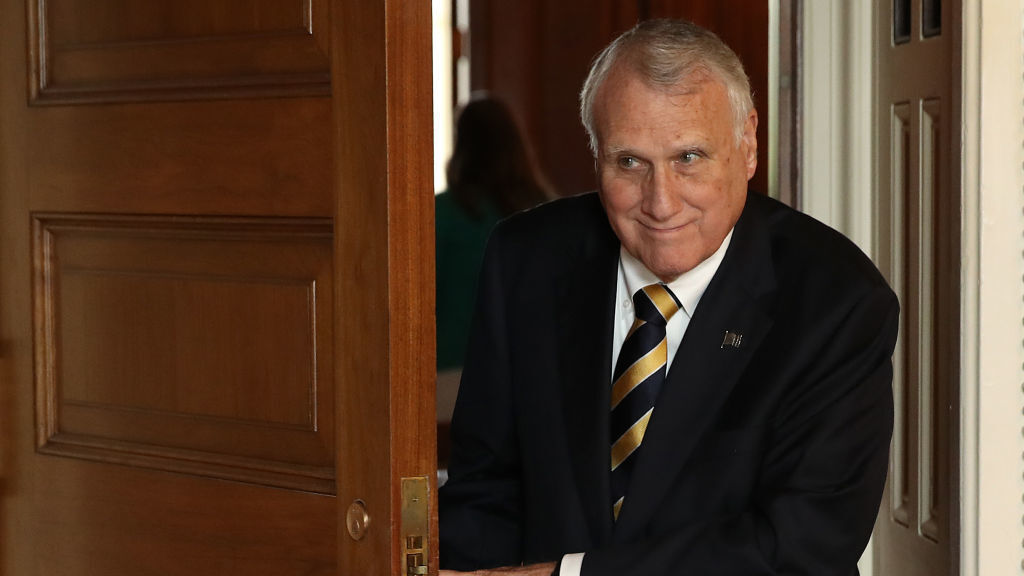 Sen. Jon Kyl, who first retired from the Senate in 2013, had indicated he never planned on sticking around long, committing to serve only through the end of the current congressional term.

Kyl, who first retired from the Senate in 2013, had indicated he never planned to stick around long, committing to serve only through the end of the current congressional term. Kyl's resignation is effective Dec. 31. Arizona Gov. Doug Ducey, a Republican who has won re-election since Kyl's appointment in September, will now name another replacement to serve until a special election is held in 2020.

Kyl served in the Senate for 18 years, where he had been the Republican whip, and in the House for eight years before that. Kyl entered the private sector after his retirement.

"When Jon Kyl returned to the Senate in September, our country faced many critical issues," Ducey said in a statement. "Arizona needed someone who could hit the ground running from Day 1 and represent our state with experience and confidence — and that's exactly what Senator Kyl has done."

The 76-year-old Kyl had taken his job back amid a bruising fight for Arizona's other open Senate seat, which was won by Democratic Rep. Kyrsten Sinema.

Sinema's unsuccessful challenger, GOP Rep. Martha McSally, has been in the mix to succeed Kyl, though reports in recent days have said her chances of being appointed are waning over concerns about her 2018 campaign performance. Former Arizona House Speaker Kirk Adams has also been floated. Adams is Ducey's outgoing chief of staff.

McSally lost to Sinema by about 56,000 votes, conceding after additional counting of absentee and provisional ballots took almost a week. McSally stepped aside gracefully, adding to speculation she could be headed to the Senate anyway. Sinema's win flipped the seat of retiring GOP Sen. Jeff Flake, and once she takes office in January, she'll become the first female senator in Arizona's history.

McSally was elected to Congress in 2014 after a distinguished military career. A retired Air Force colonel, she was the first woman in U.S. history to fly in combat. During her tenure in Congress, McSally was seen as a more moderate member and had spoken out against President Trump during his 2016 campaign. But when she announced her Senate campaign, she faced several more conservative challengers and began to move to the right, embracing Trump and moving away from her more centrist views on immigration. Analysts believe that could have hurt her in the general election.

Adams has also been seen as a rising candidate given his closeness to Ducey. In his resignation letter as the governor's chief of staff, Adams wrote that he is "looking forward to new opportunities outside of state government," further stoking speculation.

Adams has been with Ducey since he took office in 2015. Previously, he had served in the state Legislature for almost five years, eventually rising to the top job as Arizona's speaker of the House. He unsuccessfully ran for Congress in 2012, losing in the primary.

Whoever is appointed will have a busy electoral quest to stay there. The newly appointed senator will have to run in a 2020 special election to complete the final two years of McCain's unexpired term and then would very likely run in 2022 again for a full term.