Accessibility links
'Beale Street' Is A Heart-Stopping, Beautiful Story Of Love And Injustice Moonlight director Barry Jenkins returns with a new drama about young lovers in 1970s Harlem whose lives are thrown into turmoil when one of them is falsely accused of a crime. 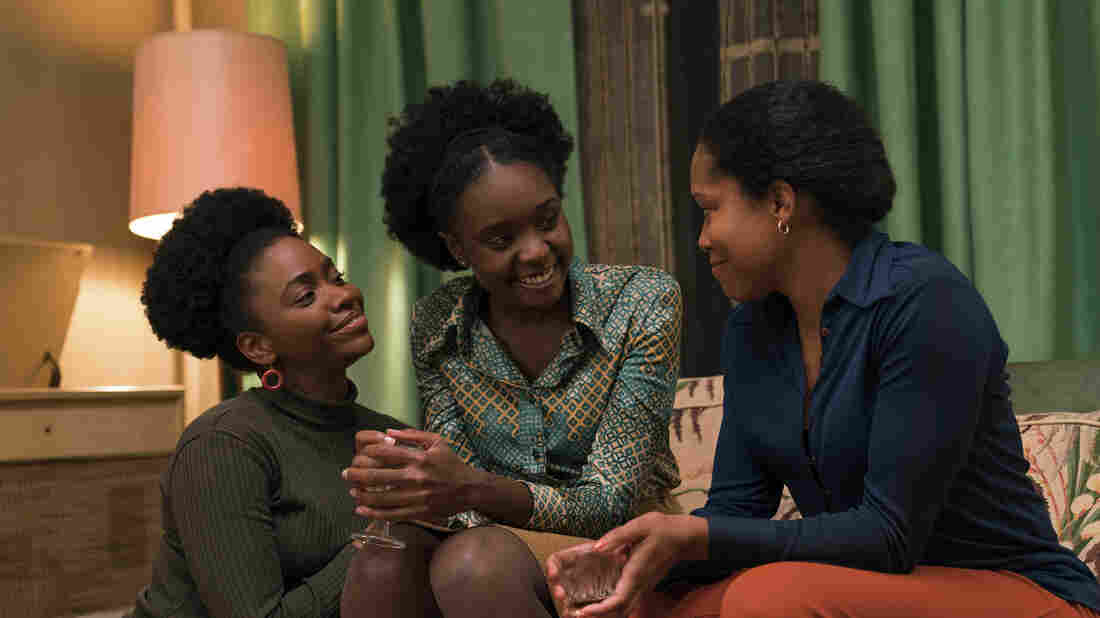 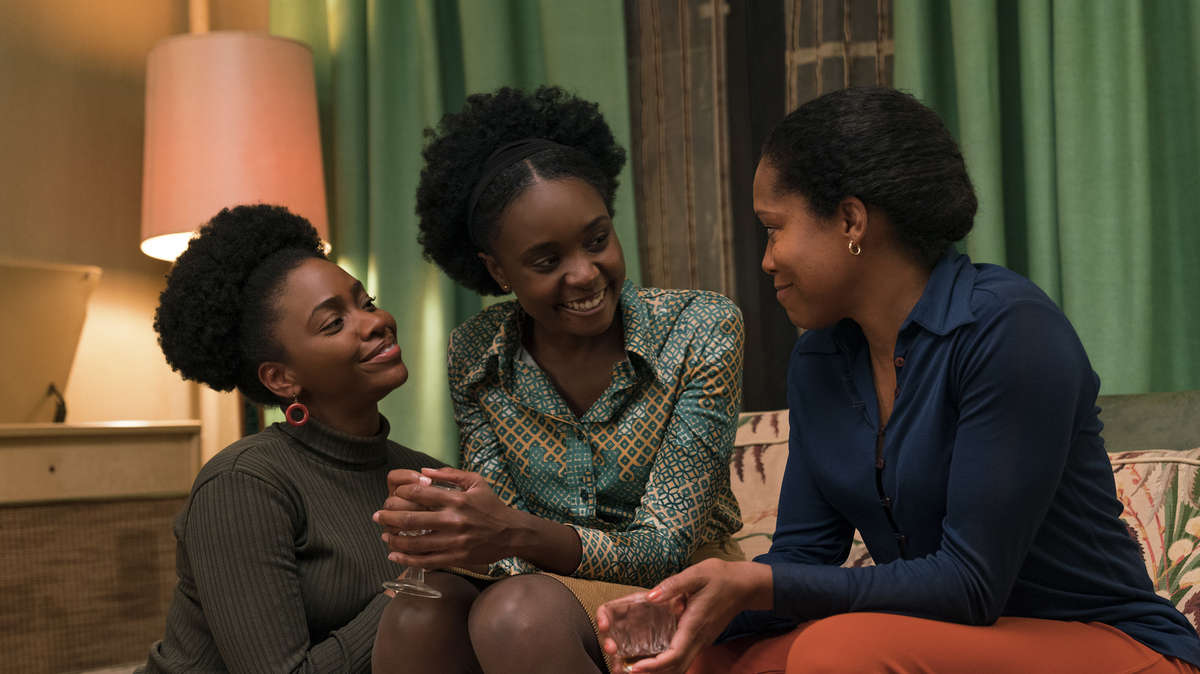 I can't imagine a harder act for a filmmaker to follow than Moonlight. That movie, a quietly shattering portrait of a young black man wrestling with his sexuality, held you rapt with its intimacy; it left you feeling as if you'd stared deep into that young man's soul.

I don't know if the writer-director Barry Jenkins has matched that achievement with his new movie, If Beale Street Could Talk, but at times he comes remarkably close. This is a heart-stoppingly beautiful movie, a love story so tenderly directed, exquisitely photographed and lushly scored that every scene seems designed to make you swoon.

The story, adapted from a novel by the great writer and civil rights activist James Baldwin, takes place in Harlem during the early 1970s. KiKi Layne plays 19-year-old Tish Rivers, who's in love with 22-year-old Fonny Hunt, played by Stephan James.

The two are childhood sweethearts; he's a sculptor, while she works at a department store. The movie begins with an impossibly gorgeous shot of them walking through a park scattered with autumn leaves. It's an idyllic moment, and we already sense that it can't last. By the next scene, Fonny is in jail, talking to Tish through a sheet of glass.

Fonny has been accused of rape by a woman, we later learn, who was pressured to name him as her assailant by a racist cop with a grudge against Fonny. As if that weren't enough, Tish has just found out that she's pregnant.

The timing is unfortunate, but Tish at least has her family's unconditional support. Regina King gives a wonderful performance as her steadfast mother, who learns about the pregnancy first. She knows exactly how to break the news to Tish's father and older sister, played by Colman Domingo and Teyonah Parris. That night at dinner, she busts out the liquor and makes the announcement, and gradually their shock and disbelief give way to quiet acceptance, even delight.

Fonny's family isn't nearly as understanding, especially his fundamentalist Christian mom, played with jaw-dropping bitterness by Aunjanue Ellis. Still, you can see why both families are under a great deal of strain. Tish's mother and sister, in particular, are working day and night with Fonny's lawyer to get the charges dropped.

But this isn't one of those uplifting dramas where a brilliant legal strategy saves the day. There isn't even much of a plot to speak of; the movie shuffles backward and forward through time, almost woozily, as if it were still drunk on early memories of Tish and Fonny together. We see them walking the streets, enjoying a meal at a Spanish restaurant and making love for the first time in their dilapidated West Village apartment. The scene fully captures Tish's description in Baldwin's novel: "We held each other so close that we might indeed have been one body."

In one flashback we meet Fonny's old friend Daniel, played in a brief but profoundly affecting performance by Brian Tyree Henry. They're having a conversation in Fonny and Tish's apartment. Fonny complains about how few landlords want to rent to black tenants, while Daniel recalls his own run-in with police officers who tried to frame him for a crime. If Beale Street Could Talk places Fonny's arrest within an entire history of systemic oppression — a history the movie overtly references with old photographs of black men being arrested en masse.

Those are ugly images, and they stand in direct contrast to the softly caressing light of James Laxton's cinematography and the ecstatic swells of Nicholas Britell's score. Jenkins has acknowledged the many international filmmakers who have influenced his work, especially Wong Kar-wai, the great Hong Kong director of such intoxicating romances as In the Mood for Love.

But while If Beale Street Could Talk may invoke Wong with its intensely saturated colors and glamorous swirls of cigarette smoke, it isn't simply paying homage. There's a political dimension to all this cinematic poetry. It's as if Jenkins were trying to show us the world for the harsh, unjust place that it is — but also the more hopeful, beautiful place it could be.