Accessibility links
Federal Judge Strikes Down Affordable Care Act As Unconstitutional President Trump praised the ruling by a court in Texas as supporters of the ACA said they will appeal. 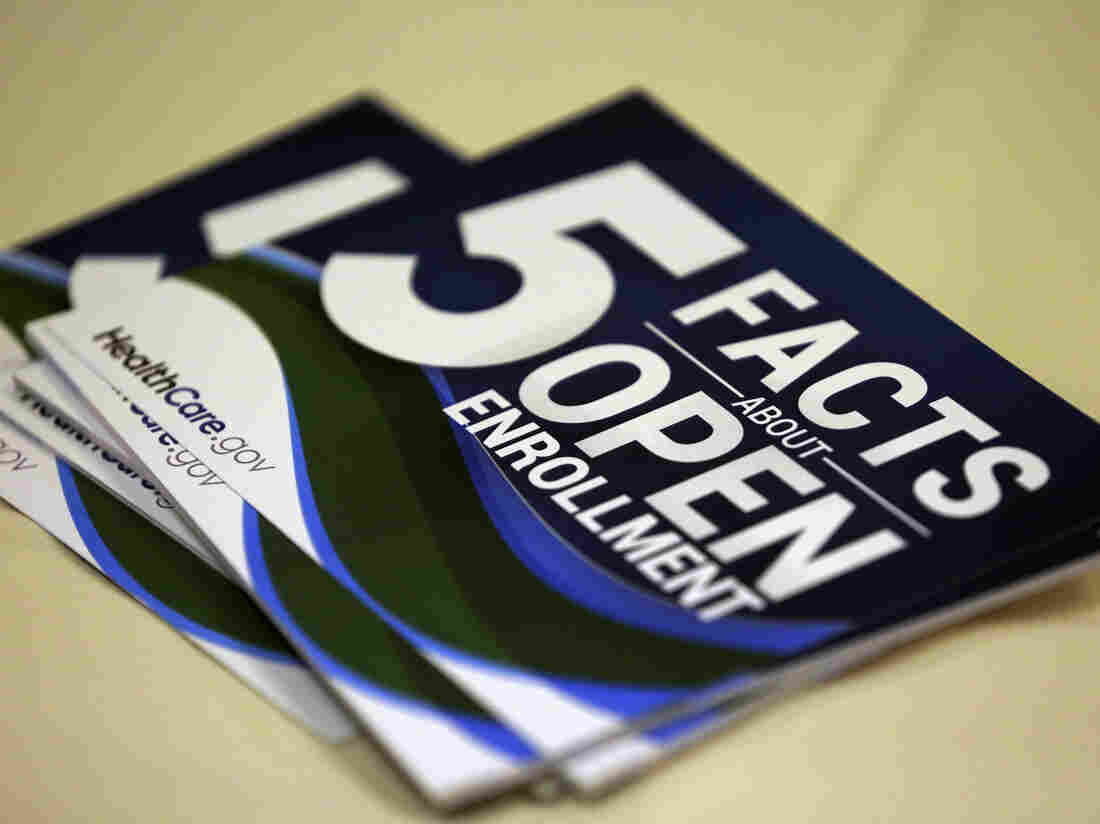 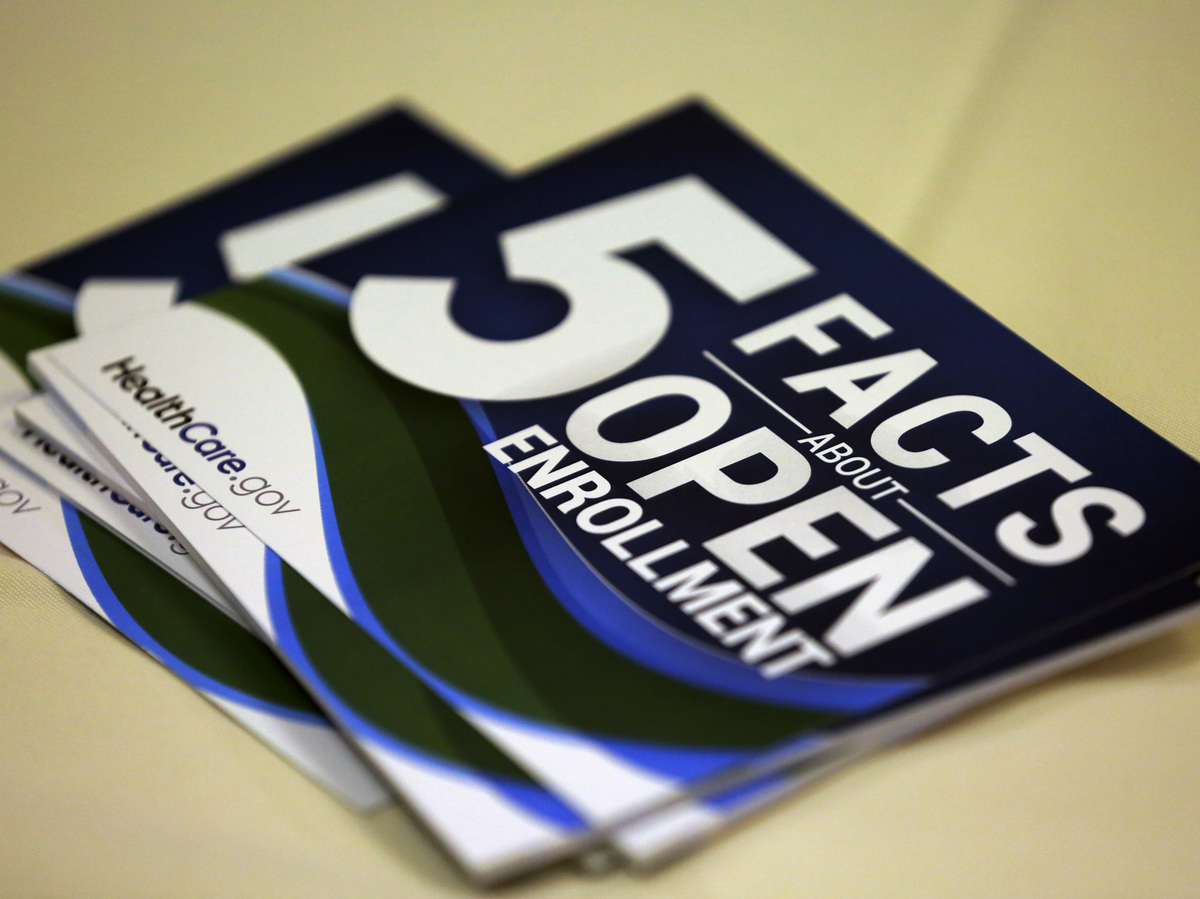 Information cards are displayed during an Affordable Care Act enrollment event in San Antonio, Texas, in 2016. A federal judge struck down the health insurance law as unconstitutional Friday.

A federal judge in Texas issued a ruling Friday declaring the Affordable Care Act unconstitutional, apparently setting the stage for another hearing on the health care law by the U.S. Supreme Court.

The ruling by U.S. District Judge Reed O'Connor invalidates what's commonly referred to as Obamacare nationwide and casts into doubt the survival of the law on the eve of the deadline for tens of millions of Americans to sign up for health care coverage in 2019.

The ruling comes in a lawsuit brought against what was one of the major domestic achievements of the Obama administration. An alliance of 19 Republican attorneys general and a governor led by Texas Attorney General Ken Paxton challenged the law.

As NPR's Alison Kodjak explained on All Things Considered,

"The lawsuit had to do with whether when Congress last year repealed or eliminated the penalty for not having insurance — it was a tax penalty for people who didn't have insurance — whether that meant the rest of the law didn't apply anymore. The court case argued that all of the pieces of the law were dependent upon each other, so by eliminating the penalty the rest of the law fell apart. The judge agreed with that opinion."

In his 55-page opinion,O'Connor said the debate over the ACA's interlocking provisions is "like watching a slow game of Jenga, each party poking at a different provision to see if the ACA falls."

"Obamacare has been struck down by a highly respected judge. The judge's decision vindicates President Trump's position that Obamacare is unconstitutional. Once again, the President calls on Congress to replace Obamacare and act to protect people with preexisting conditions and provide Americans with quality affordable healthcare. We expect this ruling will be appealed to the Supreme Court. Pending the appeal process, the law remains in place."

Shortly afterwards, Trump tweeted, "As I predicted all along, Obamacare has been struck down as an UNCONSTITUTIONAL disaster! Now Congress must pass a STRONG law that provides GREAT healthcare and protects pre-existing conditions."

California Attorney General Xavier Becerra, who led the coalition of states that defended the ACA promised to continue the court fight to preserve the law.

Rep. Nancy Pelosi, who is expected to be House speaker when Democrats come into the majority next month, tweeted, "Tonight's absurd ruling exposes the monstrous endgame of the GOP's all-out assault on people w/ pre-existing conditions & the ACA. When @HouseDemocrats take the gavel, the House will swiftly intervene in the appeals process to #ProtectOurCare!"