Accessibility links
PG&E Falsified Gas Pipeline Safety Records, Regulators Say The utility has been under fire for its role in the massive gas pipeline explosion in 2010 in San Bruno, Calif. 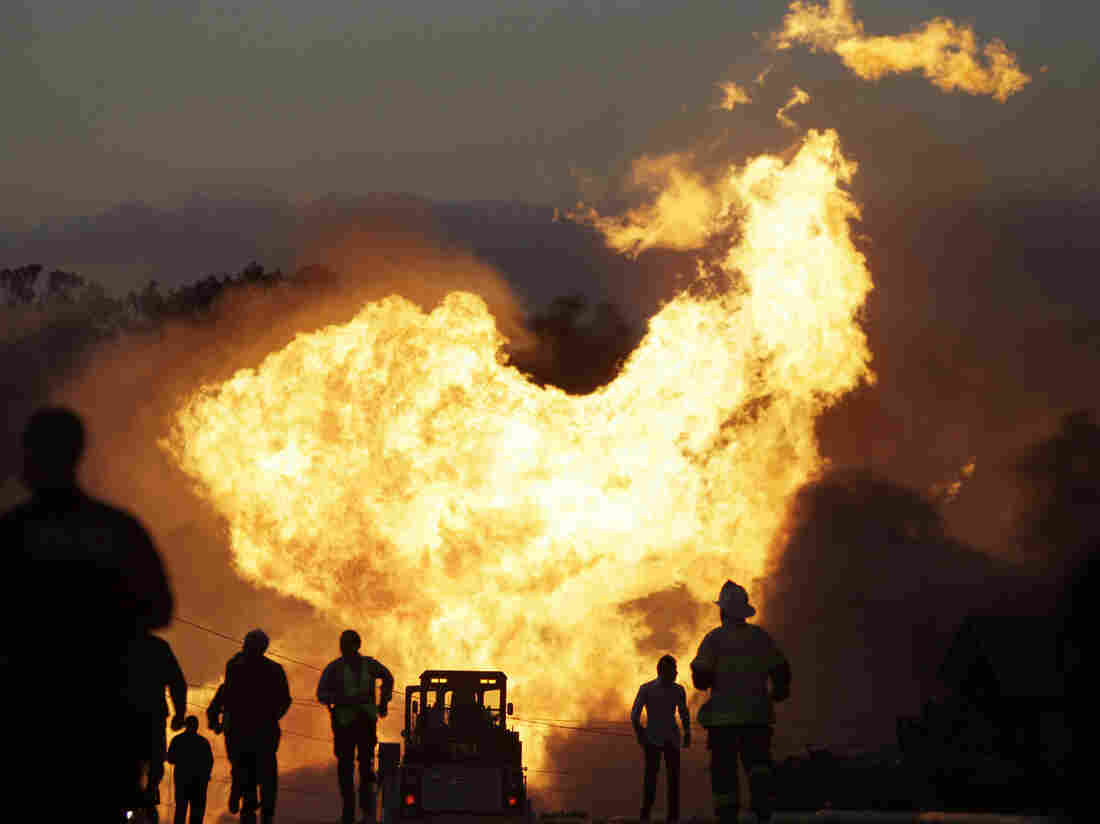 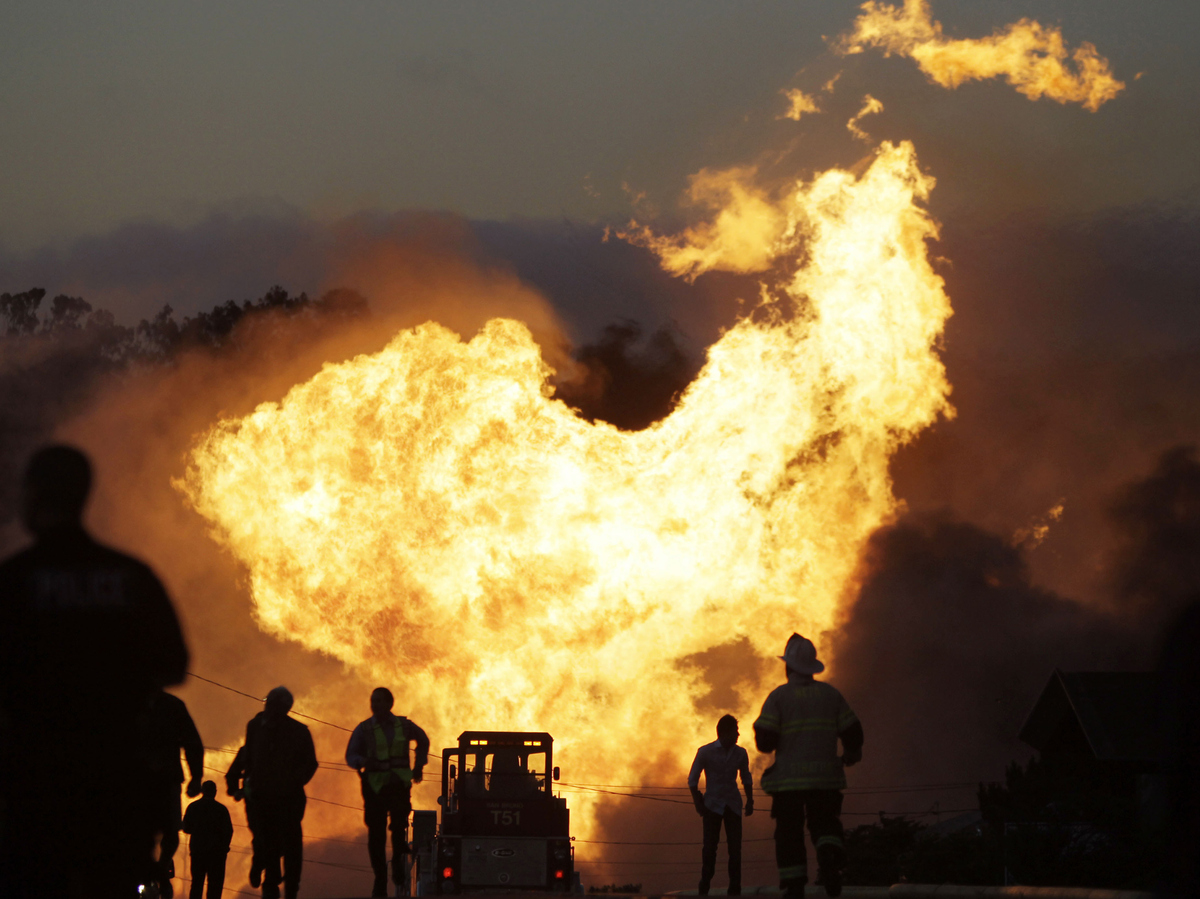 A massive fire roars through a neighborhood in San Bruno, Calif., after a PG&E gas pipeline ruptured, killing eight people, in 2010.

Utility giant Pacific Gas and Electric is being accused of falsifying gas pipeline safety records by California regulators in the aftermath of a pipeline explosion that killed eight people in 2010.

The California Public Utilities Commission says it has opened a proceeding for what its staff says are "systemic violations of rules" governing pipeline safety. An investigation found that the utility falsified records over a five-year period.

In a statement, the CPUC said,

"A CPUC Safety and Enforcement Division (SED) staff investigation report alleges that PG&E falsified locate and mark records from 2012 to 2017. Specifically the report finds that PG&E: lacked sufficient staffing to locate and mark natural gas pipelines in compliance with law; pressured supervisors and locators to complete the work resulting in PG&E staff falsifying data so requests for pipeline locating and marking would not appear as late; had common knowledge among its supervisors that locators falsified data; and received input from external parties that there were discrepancies in its late locate and mark reporting."

The investigation followed the gas pipeline explosion in 2010 that incinerated a neighborhood in San Bruno, just south of San Francisco.

PG&E said it is cooperating with the investigation.

"We're committed to accurate and thorough reporting and record-keeping, and we didn't live up to that commitment in this case," PG&E spokesman Matt Nauman said in an e-mailed statement to NPR.

In 2015, the CPUC fined PG&E $1.6 billion for failing to keep its gas transmission safe. It was the largest penalty ever assessed by the regulatory agency.

In 2017, a federal judge convicted the utility company on six felony charges and imposed a maximum fine of $3 million. The court also imposed upon PG&E a monitor to supervise its compliance with gas pipeline safety laws.

PG&E serves millions of customers in Northern California and it has come under further scrutiny after the devastating Camp Fire. California state fire officials determined that the utility's equipment was the source of 16 wildfires last year.