Accessibility links
Not My Job: William Shatner Gets Quizzed On Cannes Sure, Shatner knows plenty about "the wrath of Khan" ... but what does he know about the Cannes Film Festival? We'll find out. 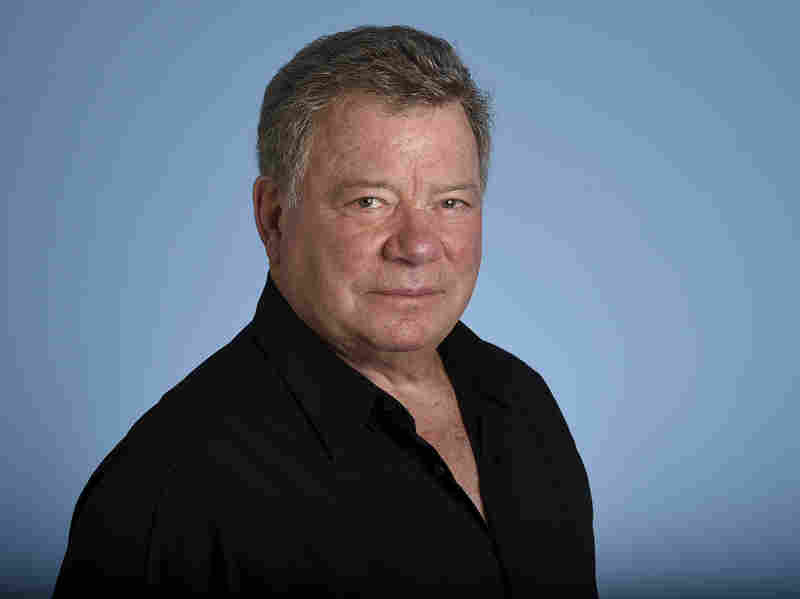 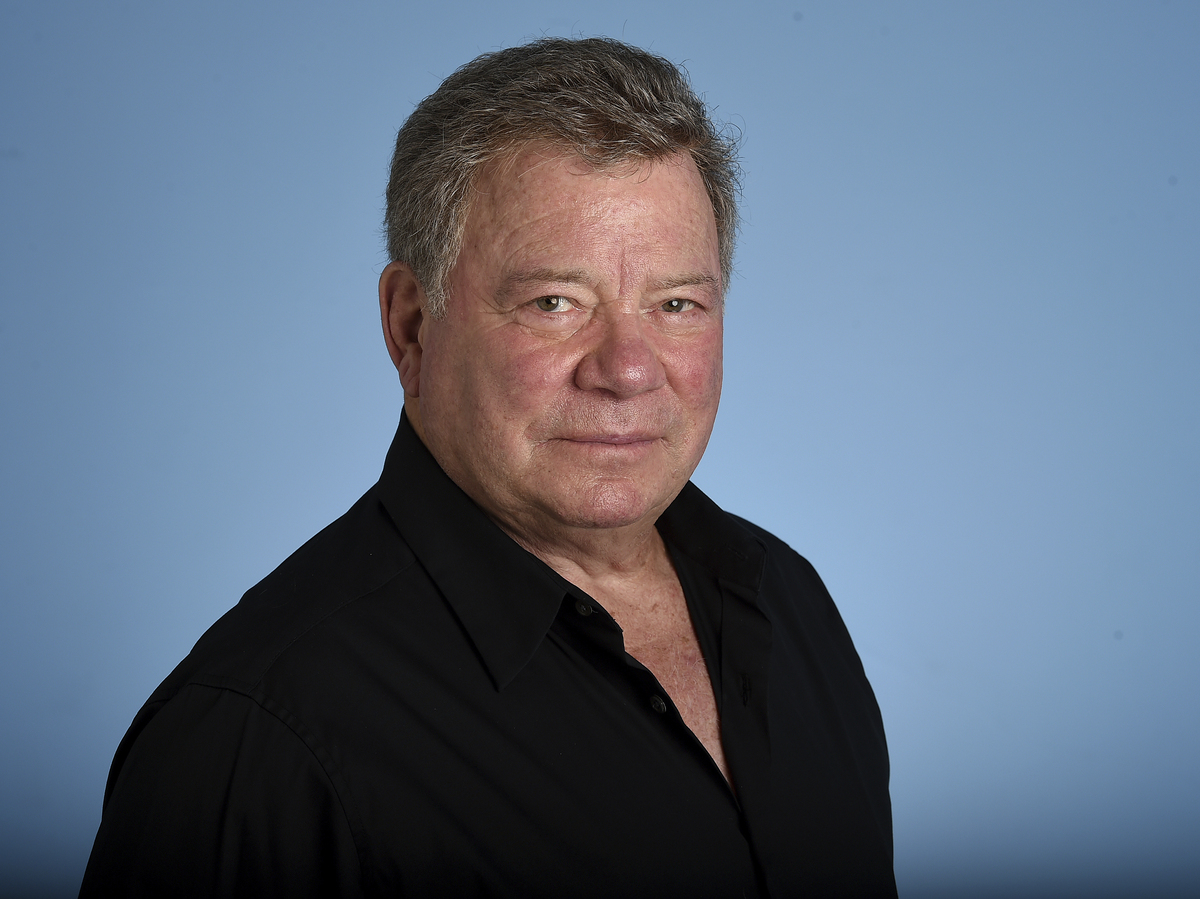 One of the greatest moments in all of cinema is William Shatner yelling "KHAAN!" in Star Trek II: The Wrath of Khan ... so we've invited him to answer three questions about a different Cannes ... the Cannes Film Festival.

And now the game where we make people we admire play a game which makes them wonder how much we admire them if we asked them to do this. It's called Not My Job. So when I was a kid, I loved "Star Trek" - the original series, of course. I loved it so much that I used to dream of being a crew member on the Enterprise. Not one of those red shirt guys - they get into trouble - but a blue shirt, maybe even a yellow shirt. And I would get...

SHATNER: I mean, you can have ambition, but that's my job, OK?

SAGAL: This isn't how I thought it would go, but I dreamed in those days that I would someday get to talk to Captain Kirk himself. We'll now find out if that's as good as I dreamed it would be because William Shatner has a new album of Christmas songs out, and he joins us now. William Shatner, welcome to WAIT WAIT... DON'T TELL ME.

SHATNER: Well, what a pleasure.

SAGAL: What a joy to talk to you.

SHATNER: I'm really excited to be on because I've got to tell you, I've listened to the program over the years. It's one of my favorites. Driving somewhere on a Saturday afternoon - WAIT WAIT... DON'T TELL ME.

SAGAL: Thank you. I can't tell you what it means to me to know that you listen to me after I spent so many happy hours watching you.

SHATNER: Yes, but I didn't know it was you.

SAGAL: You have a new record out. You've become quite a recording artist.

SHATNER: I have. I've got two records - two albums out this year, a country music album and this Christmas album that we've called "Shatner Claus."

SAGAL: Now, your singing career, if I may be so bold, began with a record that you put out when you were playing Captain Kirk back in the '60s called "The Transformed Man."

SHATNER: ...Only thing I feel for you.

SAGAL: And this is the famous record where you did that eventually infamous version of "Lucy In The Sky With Diamonds."

SAGAL: As I'm sure you know, this became, shall we put it, a novelty song after a while and subject of much amusement.

SHATNER: I believe the word derision is the...

HELEN HONG: You said it, not us.

SAGAL: And was that hard for you to deal with when that became, like, a hilariously funny thing that people were sharing back in the...

SHATNER: Well, I understood it does enter the area of the perception of silly.

SAGAL: Right. But it didn't bother you. You kind of embraced that as the singing William Shatner.

SHATNER: No, no. It bothered me, and I embraced it.

SAGAL: So we all know the famous sketch you did on "Saturday Night Live" where you're at a "Star Trek" convention, and you expressed some, shall we say, impatience with your more avid fans. Was that reflecting your experience?

SHATNER: No. It was meant as a joke. And I'm sorry that you took it so seriously that you moved out of your parents' apartment.

SAGAL: I was getting tired of my mother's cooking.

SHATNER: But look what it's done for you.

SAGAL: I know. I feel good.

SHATNER: You're master of ceremonies of these silly questions.

SAGAL: I know that there has been - because there's been so many versions of "Star Trek" since the best one...

SAGAL: ...That a lot of people spend their time arguing over which captain was better. I assume you believe it was Kirk rather than Picard or any of the others.

SHATNER: Well, I don't know what the argument is about, actually.

SAGAL: Do you - I mean, do you actually, like, get together with the other actors and ever hash this out?

SHATNER: No. I think everybody thinks they're the best, and I just leave them in their quandary. I don't want to disturb their mental stability.

SAGAL: One of the things that so many people have done over the years is they do their William Shatner impressions.

SAGAL: I have done a William Shatner impression. I'm not going...

SHATNER: What do you mean no?

SHATNER: I would like - by popular demand, you're being requested to do the imitation.

SHATNER: Are you going to recite the Constitution?

SHATNER: I don't know if I can put up with that.

SAGAL: And this is one of the great things - is that Captain Kirk sort of gets this document, and he says, here's this thing that says, (imitating William Shatner) we the people...

SHATNER: ...I have ever heard.

SHATNER: God. Oh, my God. I hope you don't do that in public.

SAGAL: Well, William Shatner, as you can tell, we're all pretty delighted to talk to you. But we must do our business. We have invited you here to play a game we're calling...

SAGAL: So one of the greatest moments in all of cinema, we would agree, was you shouting Khan in "Star Trek II: The Wrath Of Khan." So we thought we'd ask you about a different Cannes - the Cannes Film Festival in France. Answer 2 out of 3 right - you'll win our prize for one of our listeners - the voice of anyone they like on their voicemail. Bill, who is William Shatner playing for?

SHATNER: Oh, I know him.

SAGAL: Here is your first question. Martin Scorsese has been a fixture at Cannes since the '70s, but he always hasn't had the best relationship with the press, who, of course, swarm Cannes. In 1978, talking to the press, he decided to stop all the interviews. Why? A, he ran out of cocaine, saying, no more coke, no more interviews; B, he called the police on a reporter who asked him, how tall are you, anyway? Or, C, he snapped and responded to a question by shouting, you talking to me? You talking to me?

SHATNER: (Laughter) Well, it's got to be that he snapped.

SAGAL: No. In fact, it was the cocaine - you know, the '70's - different time. All right. Next question - Cannes is famous for the film competition but also for elaborate publicity stunts around it, such as when one company once did what? A, swarmed the celebrities on the red carpet with 200 fake zombies, resulting in three actors getting bitten; B, poisoned the food at the party's buffet just to entice partygoers to visit some port-a-potties that were covered with ads; or C, storming the famous Hotel du Cap-Eden-Roc with fake terrorists dressed like ISIS members?

SHATNER: That's the kind of thing they would do.

SAGAL: The last one?

SAGAL: You're right, captain. That's what...

SAGAL: It was supposed to promote this company's broadband services. It did not help. All right.

SAGAL: Last question - if you get this right, you win, and my life has meaning. The festival can be dangerous, as in which of these happened? A, over the years, at least 14 women and four men have fainted from being crammed into too-tight outfits for the runway; B, when the actress Simone Silva took off her top in a photo shoot with co-star Robert Mitchum, two photographers suffered broken bones in the ensuing crush; or, C, the sound of all the cameras going off attracts hordes of wild dogs known as the les chiens du cinema (ph)?

SHATNER: I love the picture of Mitchum standing by while the lady disrobes, and people are crushed.

SAGAL: That's the one you're going to go with?

SAGAL: That's what happened. The ensuing photograph, in which Mitchum is kind of using his hands as a makeshift bra - that picture is actually one of the most famous images to be taken at Cannes. Bill, how did William Shatner do on our quiz?

SAGAL: William Shatner's new Christmas album, "Shatner Claus," is out now. William Shatner, thank you so much for joining us on WAIT WAIT... DON'T TELL ME.

(SOUNDBITE OF SONG, "LUCY IN THE SKY WITH DIAMONDS")

SHATNER: (Laughter) Somebody calls you, you answer quite slowly - a girl with kaleidoscope eyes.

SAGAL: In just a minute, we do some sonambu-texting (ph) in our Listener Limerick Challenge game. Call 1-888-WAIT-WAIT to join us on the air. We'll be back in a minute with more of WAIT WAIT... DON'T TELL ME from NPR.