Accessibility links
Green 'Christmas Comet' Visible In Night Sky The comet 46P/Wirtanen just made its closest approach to Earth in centuries. No word on the whereabouts of Dasher, Dancer, Prancer, Vixen, Cupid, Donner or Blitzen (and Rudolph). 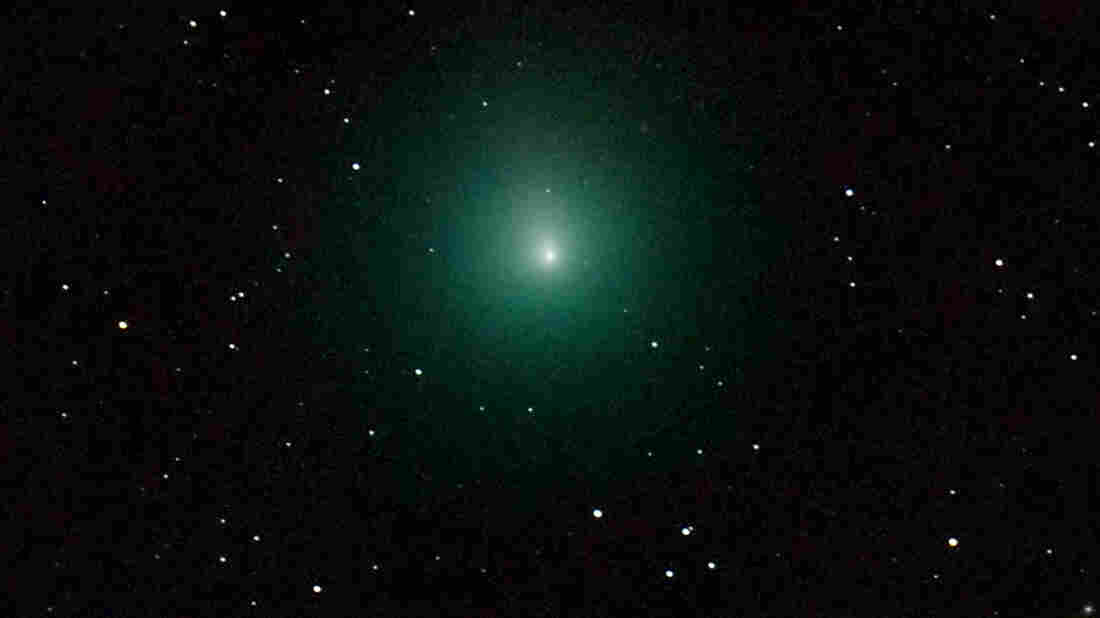 The 46P/Wirtanen comet, as seen through a telescope in France on Dec. 3, is currently making an unusually close pass by Earth. It will be visible, if weather allows, until Dec. 22. Nicholas Biver/AFP/Getty Images hide caption 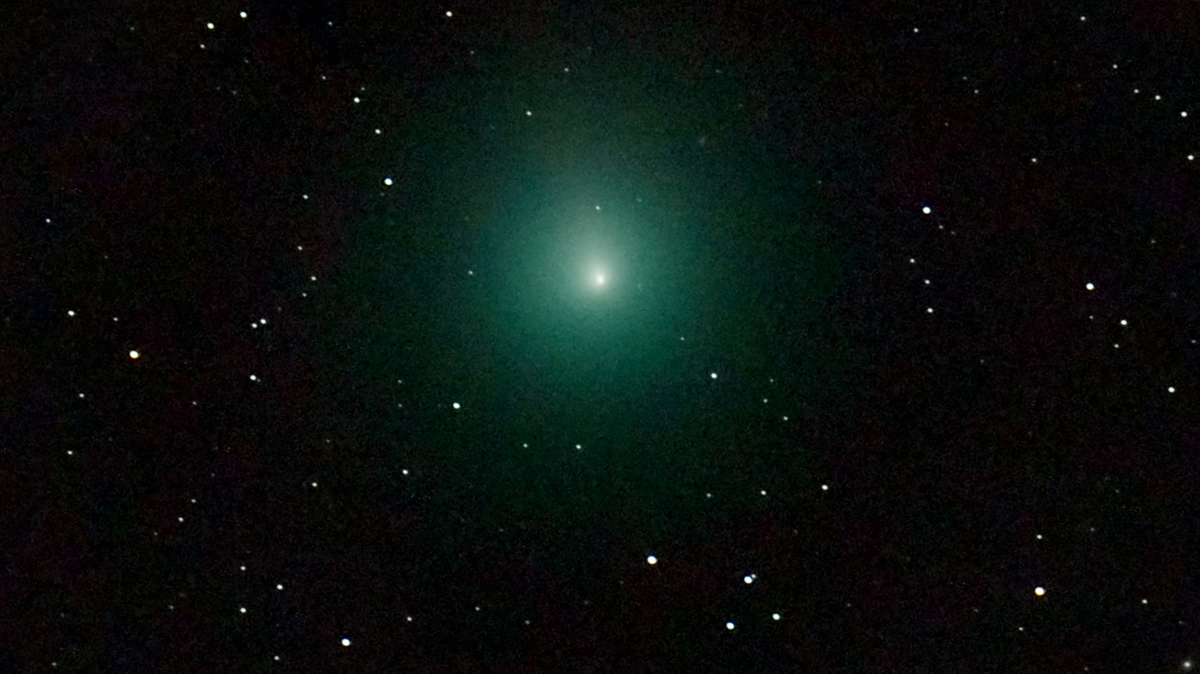 The 46P/Wirtanen comet, as seen through a telescope in France on Dec. 3, is currently making an unusually close pass by Earth. It will be visible, if weather allows, until Dec. 22.

This month, a comet called 46P/Wirtanen is doing a dramatic fly-by, giving Earth an unusually good view of its greenish glow.

The timing of the comet's apparition — and its seasonally appropriate coloring — have led some to dub it the "Christmas Comet."

On Sunday, Wirtanen's proximity to Earth placed it in the top 10 of Earth's modern "comet close encounters," according to the University of Maryland's astronomy department. And few of those other close-proximity comets were bright enough to see with the naked eye, as Wirtanen is.

On Sunday night, at its closest point, the comet was about 30 times as far away as the moon. While that evening offered the prime viewing opportunity, the comet will continue to be visible from some locations worldwide for several more days.

The comet is unusually bright relative to its normal appearance, but it's a small comet without much of a tail, and might be difficult to spot. Viewers who have access to very dark locations will have better luck, and binoculars help, too.

The University of Maryland has set up a website allowing amateur astronomers to contribute their observations.

Comet 46P/Wirtanen was discovered in 1948 by astronomer Carl Wirtanen. It whips around the sun fairly rapidly, completing an orbit of the sun every 5.4 years. Since its discovery, it's been reliably observed by astronomers; except for one year, when it passed too close to the sun, it's been observed on every expected appearance.

The last time the comet appeared, it was very difficult to observe — and the same will be true of its next scheduled appearance, in 2024.