Accessibility links
Saudi Arabia Denounces U.S. Senate's Rebukes On Jamal Khashoggi And Yemen War The kingdom said the Senate's position is "based on baseless allegations and accusations" that distort the truth, and accused U.S. lawmakers of interfering in its affairs. 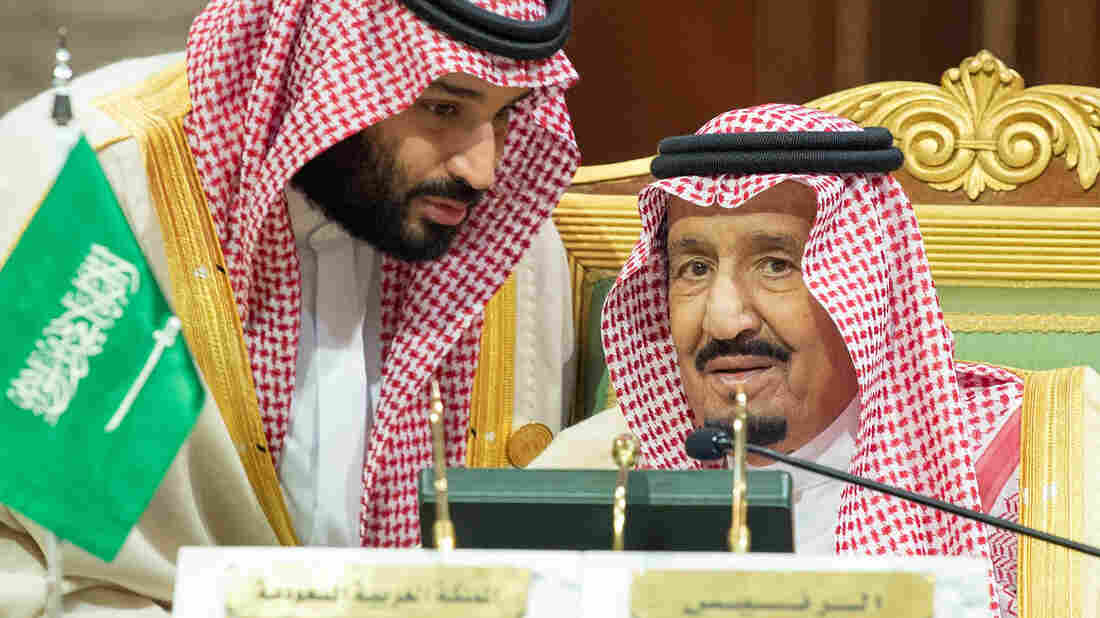 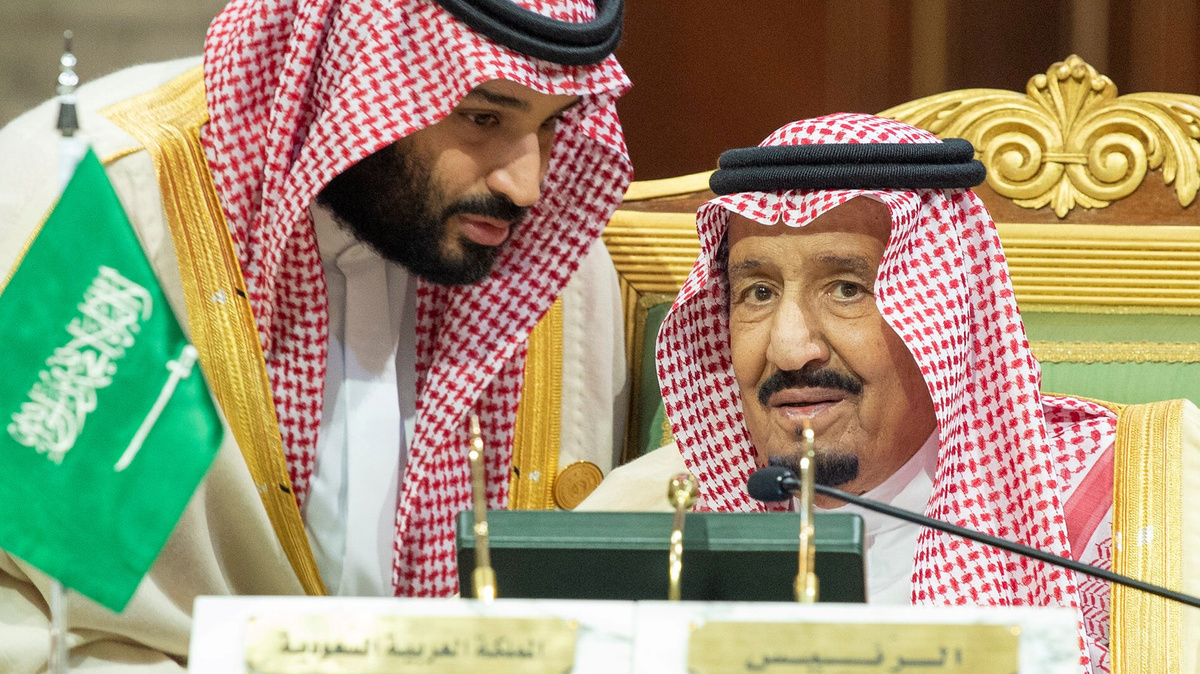 Accusing U.S. lawmakers of interfering in its affairs, Saudi Arabia has angrily rejected newly passed U.S. Senate resolutions ending U.S. support for the war in Yemen and laying blame for the death of journalist Jamal Khashoggi at the feet of Saudi Crown Prince Mohammed bin Salman.

Saudi Arabia released a statement Monday in which it "denounced the US Senate's position based on baseless allegations and accusations, its interference in Saudi domestic affairs and its distorting the Kingdom of Saudi Arabia's role at regional and international levels."

The Senate adopted the two resolutions with bipartisan support last week, despite ongoing U.S. military support for Saudi Arabia's prominent role in Yemen's civil war — and the repeated insistence from President Trump and Secretary of State Mike Pompeo that there is no direct evidence connecting the crown prince to Khashoggi's death.

Trump said late last month that the U.S. does not condone Khashoggi's killing at the Saudi consulate in Turkey in October. But he also seemed to question whether Prince Mohammed knew about or directed the operation, saying, "Maybe he did and maybe he didn't!"

While the kingdom's explanations for Khashoggi's death have changed over time, it has always denied that the crown prince was involved.

The resolution on Yemen, which senators approved Thursday, would ban U.S. military aircraft from "providing in-flight fueling for non-U.S. aircraft conducting missions as part of the conflict in Yemen." Introduced by a group of lawmakers that includes Sen. Bernie Sanders, I-Vt., it adds, "This joint resolution shall not affect any military operations directed at Al Qaeda."

The vote to withdraw military support marked "the first time the Senate utilized powers granted under the 1973 War Powers Act, which gives Congress the power to demand an end to military actions," as NPR's Scott Detrow reported.

The vote was held weeks after the Save the Children charity released an estimate that "since the start of the war in Yemen, some 85,000 infants and children under the age of five may have died of starvation or disease," as NPR reported.

On the same day it addressed Yemen, the Senate also adopted a second resolution meant to "hold Crown Prince Mohammed bin Salman responsible for the murder of Jamal Khashoggi," said Sen. Bob Corker, R-Tenn., who backed the measure. The resolution also called on Saudi Arabia to respect its citizens' rights and free women's rights activists who have been arrested this year.

In its retort Monday, Saudi Arabia said that it categorically rejects the accusations against the kingdom. The response came from the Shura Council, a legislative body that advises Saudi Arabia's king. Its message was amplified by a sequence of tweets and a press release from the state-run Saudi Press Agency.

The council went on to say that Saudi Arabia is fighting against terrorism, and rejects what it called an attempt to undermine its sovereignty.

The Senate resolution said that Saudi Arabia's "misleading statements" on Khashoggi's death have undermined trust and jeopardized the kingdom's friendly relationship with the U.S. And it called on the kingdom to "moderate its increasingly erratic foreign policy."

The Shura Council also cited the two countries' friendly ties, and suggested that the current dispute lies between Saudi Arabia and the U.S. Senate — not the Trump administration. The Saudi news release noted, "The position of the U.S. Senate does not reflect the role of Parliamentary Councils in enhancing friendly relations among countries, whether officially or popularly."

Both Senate resolutions passed with varying levels of support. The Khashoggi measure was approved in a voice vote that reflected unanimous support. The Yemen war powers vote was far closer, with several Republicans joining Democrats in the 56-41 tally.

As for what might happen now, NPR's Detrow has reported that "the effort to stop American involvement in Yemen is still a long way from a done deal. The House would have to pass the resolution by year's end and President Trump would have to sign it — two steps that likely will not happen."