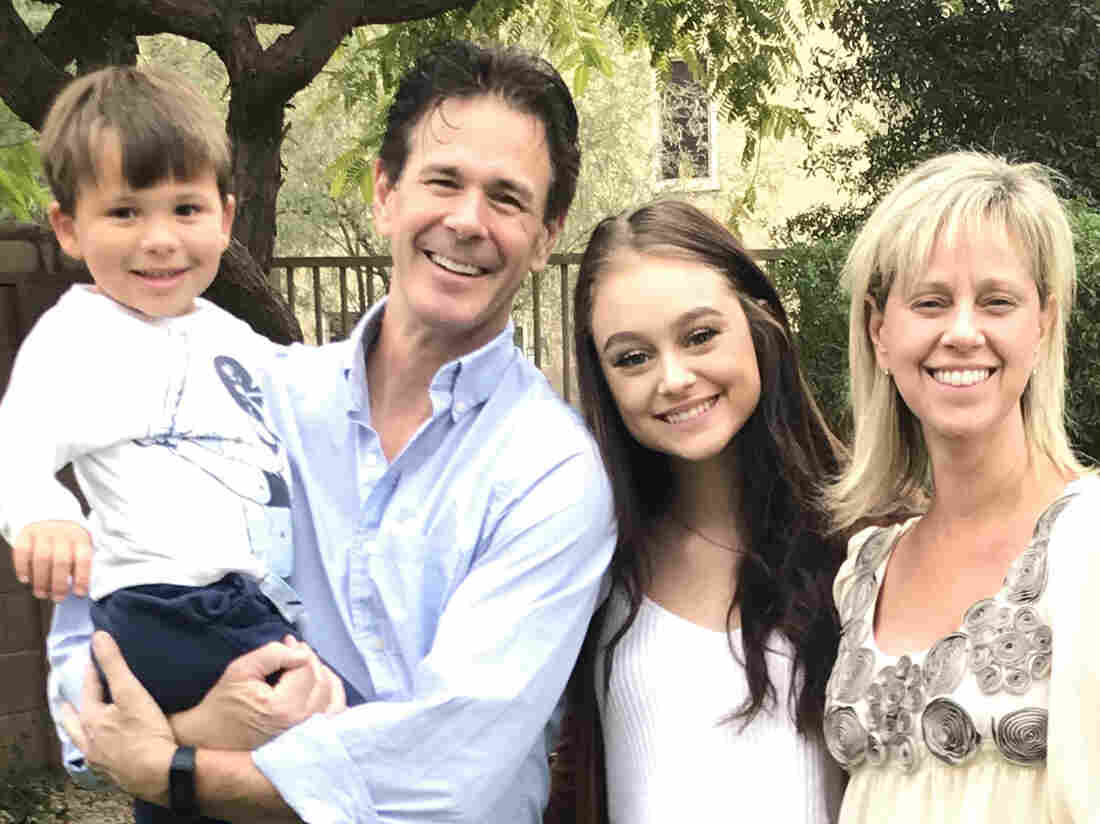 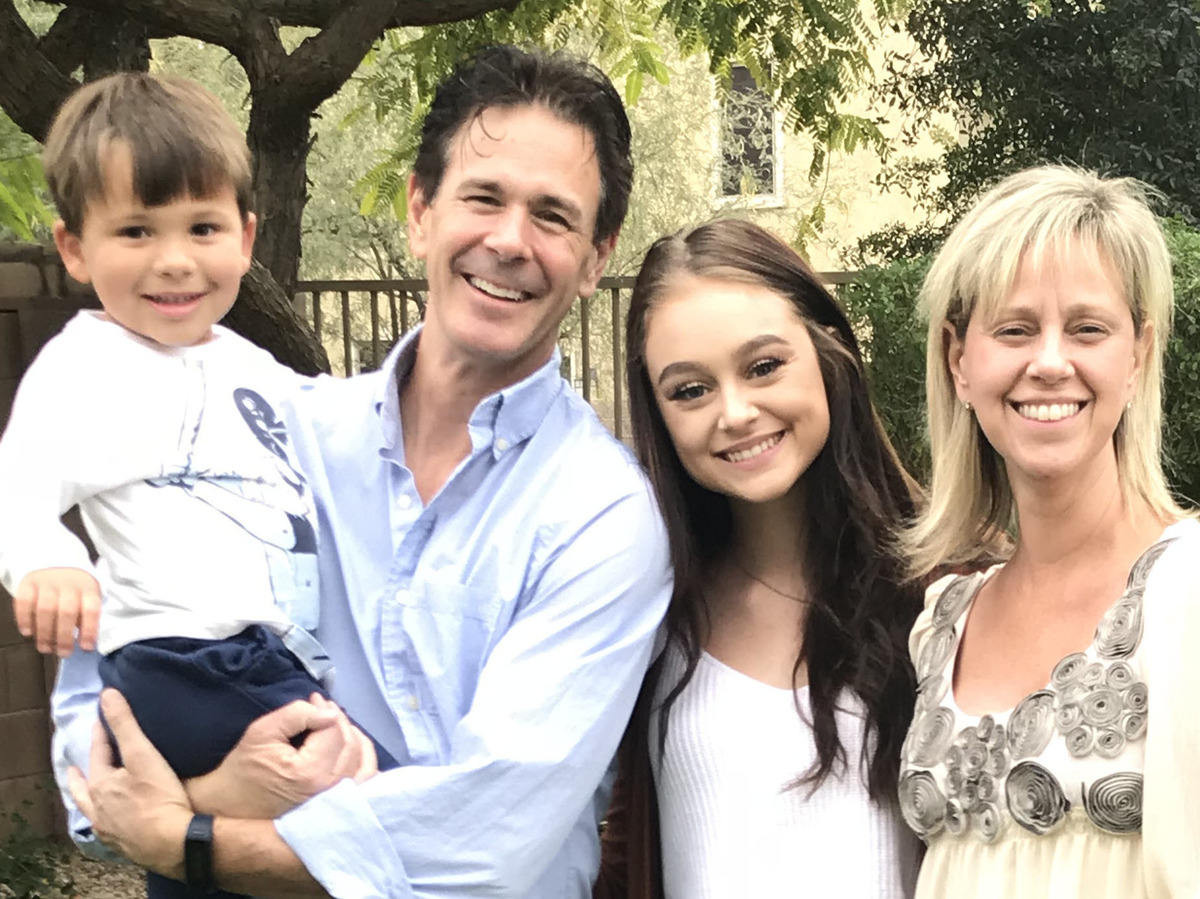 Paul Buckley and his son, Mason, with his wife, Cheryl Becker, and daughter, Ariel Becker. The family's desire to adopt Mason was almost derailed by the Indian Child Welfare Act.

In 2014, Paul Buckley and his wife, Cheryl Becker, fostered a baby boy named Mason. They had seen other members of their Phoenix church community foster children and were inspired.

"We both have a heart for helping children," Buckley explains. "And it seemed like a way that we could provide something to the community and specifically to children."

After raising Mason for a year and a half, Buckley and Becker moved to adopt. It was straightforward until, late in the legal proceedings, the Choctaw Nation intervened on behalf of the child's great-uncle. It turned out that Mason's birth mother — and therefore Mason — is a Choctaw citizen.

"His mother had never mentioned this. We had never been told that there was anything there," Buckley says. "Mason didn't even look Indian in the least regards. Most everybody that was involved in the case was equally shocked."

Although the court and the state of Arizona were on the cusp of allowing Mason to be adopted, the legal proceedings were terminated and the process started all over again. This time the Indian Child Welfare Act would hold sway.

The law says Native American children must be placed with and adopted by a family member, a member of their tribe or, failing that, a family from another tribe. Chrissi Nimmo, deputy attorney general of the Cherokee Nation, says that Indian adoptees are handled under different law from other children. Knowing the history helps.

"Assimilation was the goal," Nimmo says, recalling an old argument about why indigenous children were removed from their homes. "We have these savage uncivilized Indians and we need to make them Americans."

Since their forced relocation more than 170 years ago at the point of a gun, known as the Trail of Tears, the Cherokees have made Tahlequah, Okla., the center of the Cherokee Nation — its music, its language, its culture and its government. Cherokees constitute the largest tribe in the country, 360,000 strong. And it's therefore no surprise the Cherokee Nation's deputy attorney general is the lead attorney in the legal battle over the Indian Child Welfare Act. Nimmo says the law was passed after more than a century of Indian children being taken from their tribes by whites. 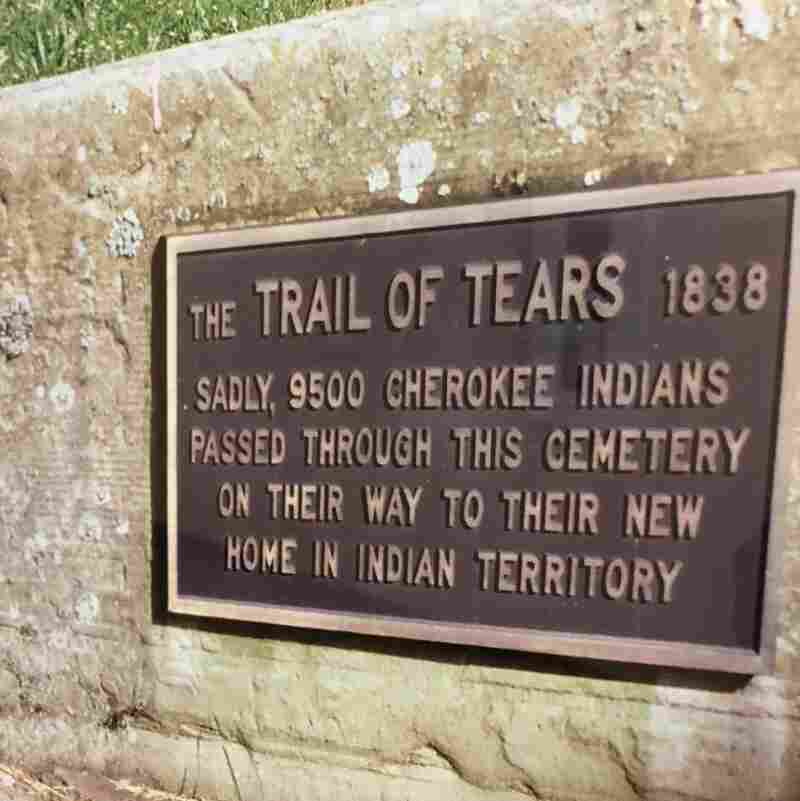 A plaque in Tahlequah, Okla., commemorates the forced relocation marches of Native Americans known as the Trail of Tears. Wade Goodwyn/NPR hide caption 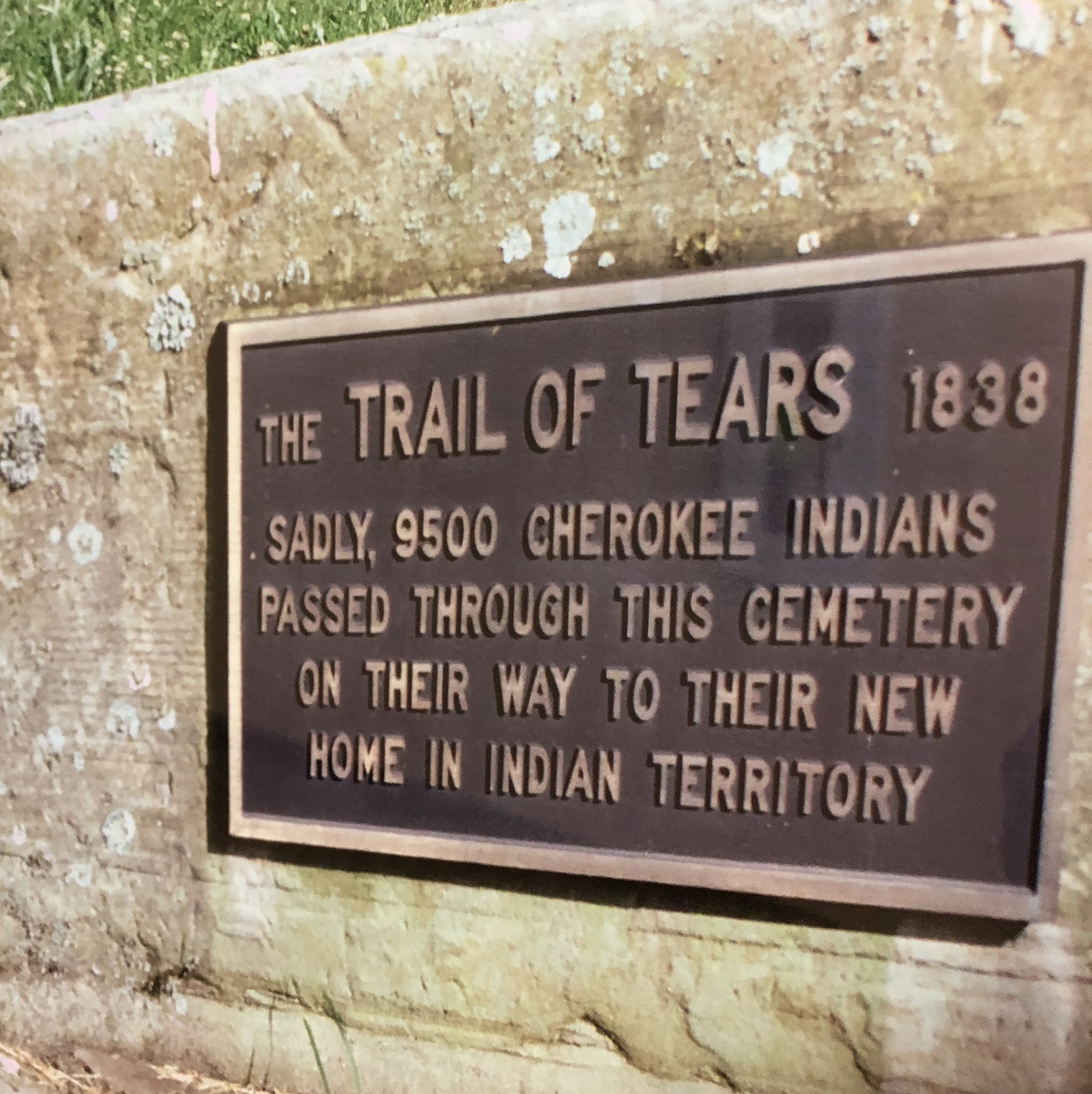 A plaque in Tahlequah, Okla., commemorates the forced relocation marches of Native Americans known as the Trail of Tears.

Once tribal pacification had ended, thousands of Native American children were put into government dormitories. At the U.S. Training and Industrial School founded in 1879, the motto was "Kill the Indian and save the man." By the late 1950s, an effort called the Indian Adoption Project began pairing Native American children with white families. At the time, it was considered enlightened adoption — white families open-minded enough to take Indian children. Nimmo says there were even advertisements in newspapers.

"Basically you could buy an Indian child for $10. And there literally was this ad that Indian children were available for adoption, and for a $10 sponsorship fee they would send you one," she says.

The Bureau of Indian Affairs would sometimes pay to place Native American children with white families. The Church of Jesus Christ of Latter-day Saints had a robust Indian Placement Program — thousands of Indian children were adopted by LDS families.

Nimmo says tribes began looking around going, "Hey, where are all the children?"

"One-third of all Indian children in the United States had been removed from their parents, and between 80 and 90 percent of those had been placed in nonfamily, non-Indian homes," she says.

In 1978, with bipartisan support and led by representatives and senators from the Western states, the Indian Child Welfare Act passed Congress and was signed into law by President Jimmy Carter.

O'Connor ruled the Indian child law is a racially based preference that discriminates against non-Indian families. Timothy Sandefur, vice president for litigation at the Goldwater Institute in Phoenix, filed a brief in the case.

"The problem was that [the Indian Child Welfare Act] was so poorly worded that it now inflicts harm on Indian children that it was supposed to protect," Sandefur says. "We're working on a case right now in Ohio where there's a 2-year-old Ohio boy born in Ohio, has lived in Ohio his entire life — almost his entire life — with an Ohio foster family. But because his ancestry is Gila River, the Gila River Indian tribe in Arizona obtained an order from its own tribal court forcing the child to be sent to live on the reservation near Phoenix. Simply because the blood in his veins happens to have the required amount of DNA. That's unconstitutional and absurd," says Sandefur.

I would not be who I am. I feel like I owe everything to having been raised in my culture. Our belief, the spirituality of my tribe has been ingrained in everything I do.

Remember Mason, the toddler who was about to be adopted by the Buckley family when his great-uncle and the Choctaw Nation intervened? In the end, Mason did end up with Paul and Cheryl. Why? Because the Indian Child Welfare Act allows the courts wiggle room if it is judged to be in the child's best interest.

In this case, the lateness of the intervention plus Mason's long relationship with the only family he'd ever really known led to the decision. But this outcome was an exception. Most of the time the law means Native American children are adopted by other tribal members or other Indians. And for Indians like Juli Skinner, the law made all the difference. 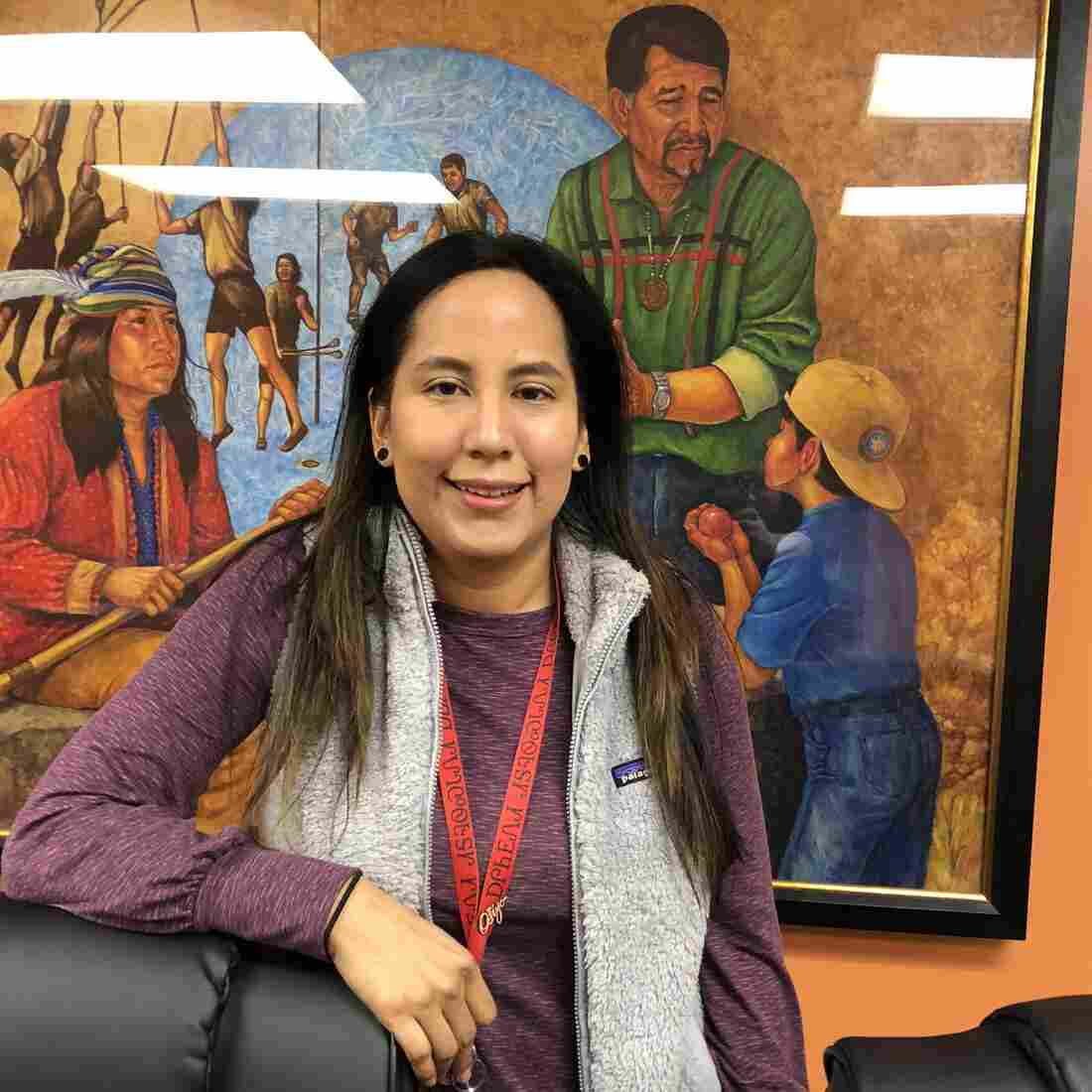 Juli Skinner, a Ponca woman, was in the Oklahoma foster care system until her extended cousins used the Indian Child Welfare Act to gain custody of her. Wade Goodwyn/NPR hide caption 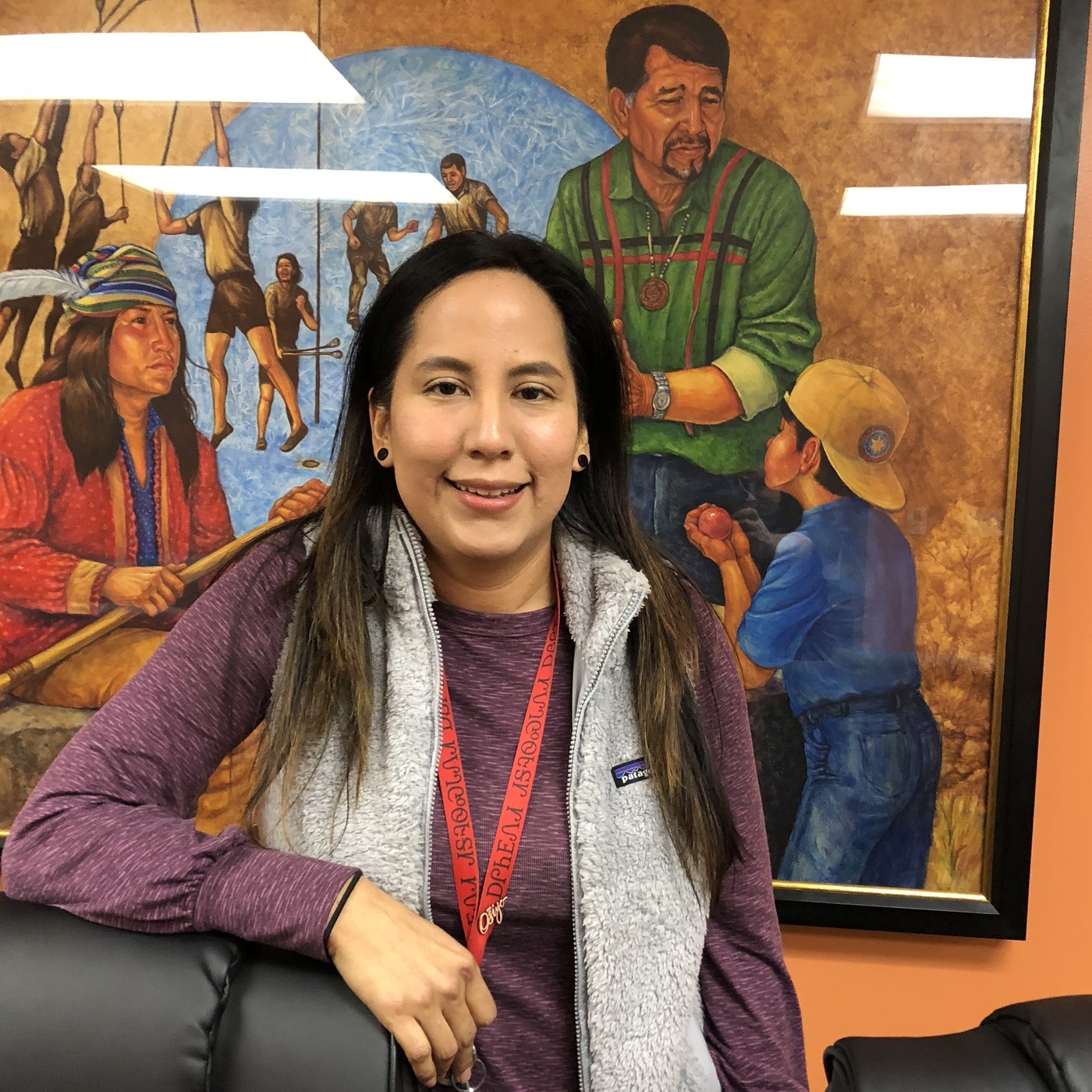 Juli Skinner, a Ponca woman, was in the Oklahoma foster care system until her extended cousins used the Indian Child Welfare Act to gain custody of her.

"There's a difference between being raised in your culture and having to learn about it later," Skinner says.

She's a Ponca Indian who was taken from her alcoholic parents as an infant and then bounced around the Oklahoma foster system for years. Finally, her extended family — her father's cousins — used the Indian Child Welfare Act to gain custody of her. So she grew up Ponca. Now 41, Skinner is emotional as she contemplates how the life she has lived most likely never would have happened without that law.

"I would not be who I am," says Skinner. "I feel like I owe everything to having been raised in my culture. Our belief, the spirituality of my tribe has been ingrained in everything I do."

For now, the Indian Child Welfare Act remains in effect. Earlier this month, the 5th Circuit Court of Appeals stayed O'Connor's ruling while it takes up the case.

This story has been updated to make it clear that Mason and his birth mother are Choctaw citizens.