Accessibility links
House Passes Bipartisan Criminal Justice Bill, Pushing It Closer To Law The Senate and House have both voted in favor of legislation that would reduce sentences for some drug crimes and offer training programs for prisoners. 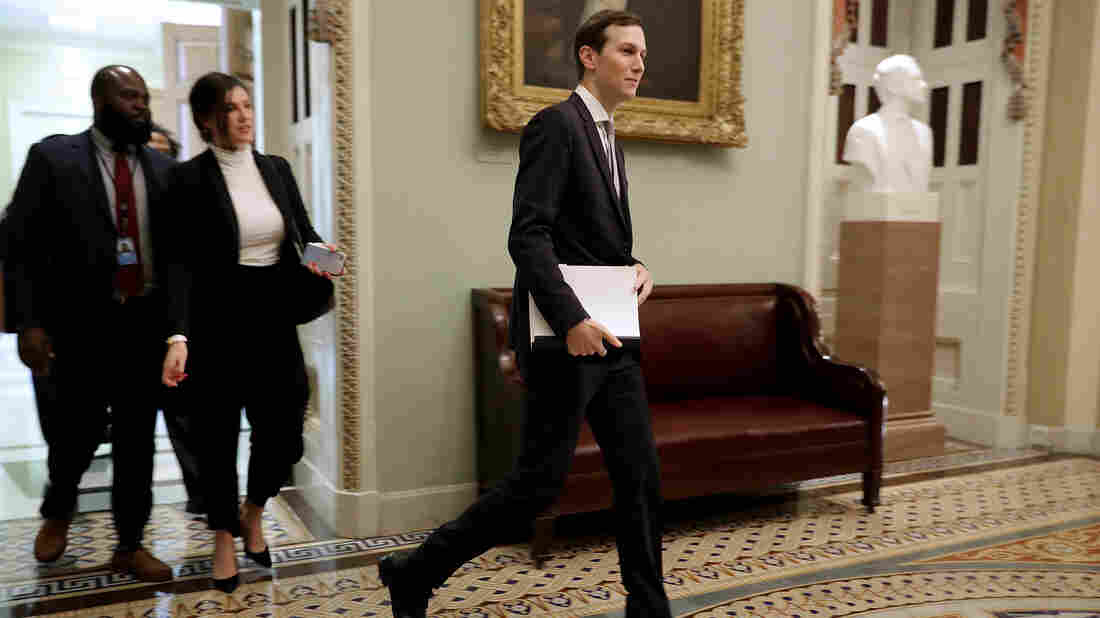 Trump adviser and son-in-law Jared Kushner, who has made overhauling the criminal justice system one of his top projects in the White House, attended the weekly Senate Republican policy luncheon at the Capitol last month. Chip Somodevilla/Getty Images hide caption 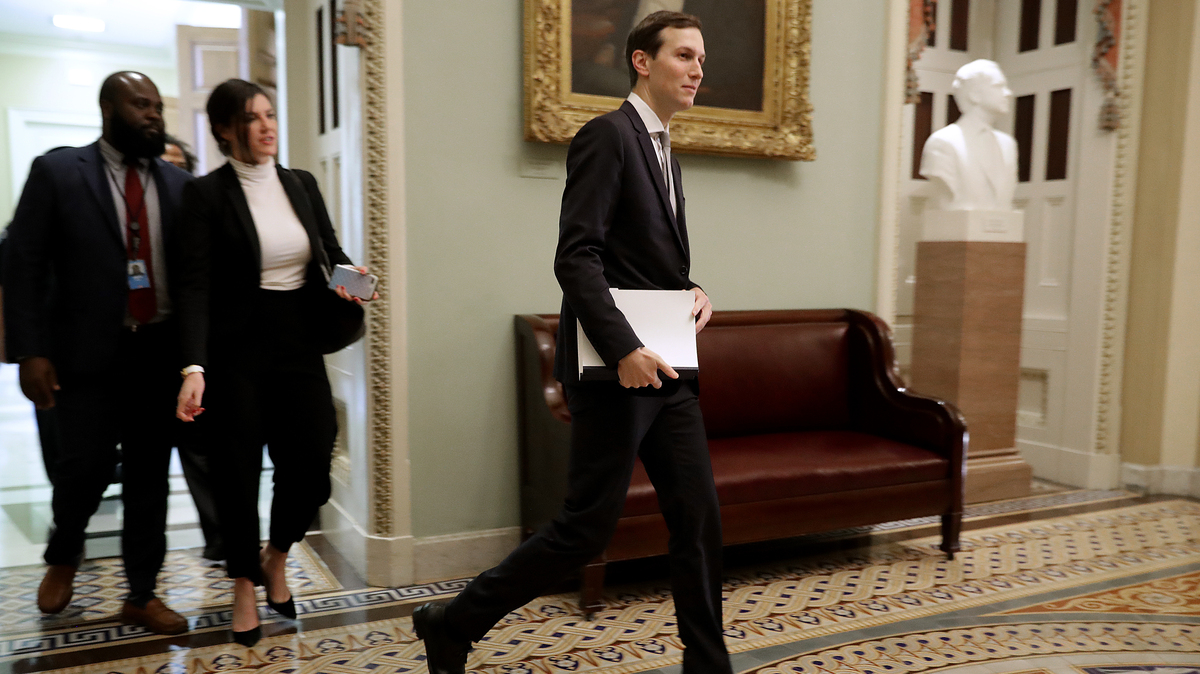 Trump adviser and son-in-law Jared Kushner, who has made overhauling the criminal justice system one of his top projects in the White House, attended the weekly Senate Republican policy luncheon at the Capitol last month.

A bipartisan bill aimed at overhauling federal prisons and reducing recidivism has been overwhelmingly approved by Congress.

The legislation is now on the verge of becoming law, with the House's approval on Thursday, the Senate's passage on Tuesday and the backing of President Trump.

Republican Speaker of the House Paul Ryan previously voiced support for the legislative package, pledging that the House was "ready to get it done." They later passed the measure by a 358-36 margin.

The Senate on Tuesday voted 87-12 in favor of the bill, known as the First Step Act. The passage of the bill by the chamber is a significant victory for advocates on the left and the right, who have pressed for Congress to take action to lower the prison population.

It's also a big win for the White House and for Trump adviser and son-in-law Jared Kushner, in particular. Kushner has made overhauling the criminal justice system one of his top projects in the White House.

Trump called Congress' action a "great bi-partisan achievement" and "a wonderful thing for the U.S.A.!!" in a tweet on Thursday afternoon.

Congress just passed the Criminal Justice Reform Bill known as the #FirstStepAct. Congratulations! This is a great bi-partisan achievement for everybody. When both parties work together we can keep our Country safer. A wonderful thing for the U.S.A.!!

For months, the fate of the legislation seemed to be in a precarious position. Republican Sen. Chuck Grassley, who helms the Senate Judiciary Committee, stressed that he wanted to include sentencing provisions, which had been left out of the version of the bill passed by the House in May.

For a while, it was unclear whether Trump would back measures to cut down on lengthy sentences. His first attorney general, Jeff Sessions, was staunchly opposed to the move.

Senate To Vote On Criminal Justice Bill After Push From Boosters, White House

But, with Sessions pushed out of the administration in November, Trump came out in favor of the more expansive Senate package.

Some Republicans, like Sen. Tom Cotton of Arkansas, still oppose the legislation, which they argue will free dangerous criminals.

Facing pressure from advocates and the White House, Senate Majority Leader Mitch McConnell agreed to bring the bill up for a vote during the lame-duck session after its sponsors agreed to certain changes.

Here are some highlights from the legislation:

-Provides more access to rehabilitation and training programs that are aimed at helping prepare prisoners for life after their release. Certain prisoners would be eligible for incentives if they participate, including credits that would allow them to spend up to a year of their sentences in facilities like halfway houses or at home under supervision.

Republican critics of these incentives argue that prisoners could commit crimes while on supervised release. But, the bill's sponsors say only offenders considered low or minimum risk would be eligible and the legislation excludes certain prisoners, including sex offenders and fentanyl traffickers.

-Makes it against the law to use restraints on pregnant inmates, unless they are an immediate threat to themselves or others or a flight risk.

-Requires that prisoners be incarcerated no more than 500 miles from their primary residence.

-Ends automatic life sentences under the three-strike penalty for drug felonies. Instead of life, a third strike would now be a mandatory 25-year sentence. The mandatory sentence for a second offense would be reduced to 15 years compared to 20 years now.

-Addresses prisoners who were sentenced before laws were changed in 2010 to lessen disparities between the penalties for crack cocaine and powder cocaine. It would allow these prisoners to petition the courts to review their cases in light of the updated law.