Accessibility links
Republican Martha McSally Picked To Fill John McCain's Senate Seat The decision comes after Republican Sen. Jon Kyl, who had been a temporary replacement after John McCain's death in August, announced last week he would step down at the end of the year. 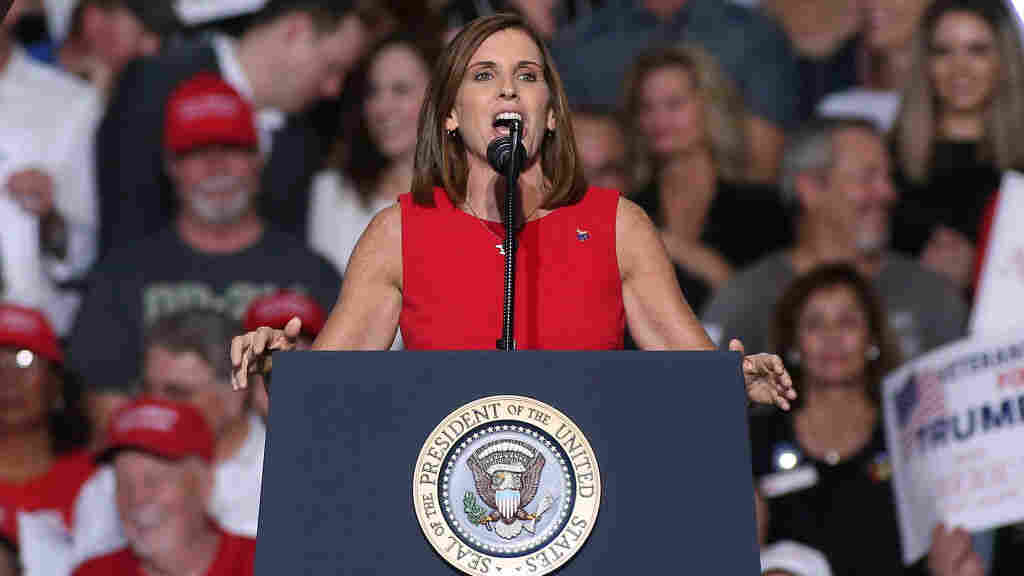 Rep. Martha McSally, R-Ariz, speaks during a rally for President Trump in October. In response to her appointment, McSally said she was "humbled" and looked forward to working with Sen.-elect Kyrsten Sinema, her former opponent. Ralph Freso/Getty Images hide caption 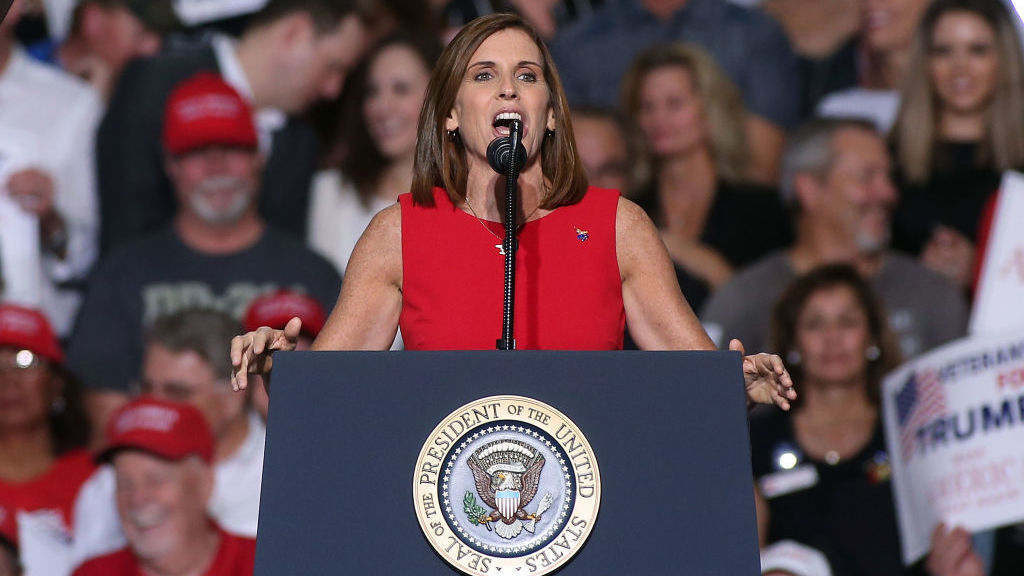 Rep. Martha McSally, R-Ariz, speaks during a rally for President Trump in October. In response to her appointment, McSally said she was "humbled" and looked forward to working with Sen.-elect Kyrsten Sinema, her former opponent.

Arizona Gov. Doug Ducey announced Tuesday he will appoint GOP Rep. Martha McSally to the Senate to fill the seat of the late Sen. John McCain.

The move comes after Republican Sen. Jon Kyl, who had been a temporary replacement after McCain's death in August, announced last week he would step down at the end of the year.

McSally narrowly lost a Senate race earlier this year to Democratic Rep. Kyrsten Sinema, who will succeed retiring Republican Sen. Jeff Flake. The retired Air Force colonel was considered a possible contender for the second opening, though other news reports had indicated her chances had waned in recent days.

McCain's family seemed to possibly sour on her appointment after McSally had aligned herself with President Trump and refused to utter McCain's name during the signing of the National Defense Authorization Act. The bill was named in honor of the Vietnam War hero who was battling brain cancer at the time.

Cindy McCain, John McCain's widow, tweeted her support for the appointment and a hope "that she will follow [her husband's] example of selfless leadership."

My husband’s greatest legacy was placing service to AZ & USA ahead of his own self-interest. I respect @dougducey's decision to appoint @RepMcSally to fill the remainder of his term. Arizonans will be pulling for her, hoping that she will follow his example of selfless leadership

Ducey praised McSally's service in a statement announcing her appointment:

"All her life, Martha has put service first — leading in the toughest of fights and at the toughest of times. She served 26 years in the military; deployed six times to the Middle East and Afghanistan; was the first woman to fly in combat and command a fighter squadron in combat; and she's represented Southern Arizona in Congress for the past four years. With her experience and long record of service, Martha is uniquely qualified to step up and fight for Arizona's interests in the U.S. Senate. I thank her for taking on this significant responsibility and look forward to working with her and Senator-Elect Sinema to get positive things done."

In response to her appointment, McSally said she was "humbled" and looked forward to working with Sinema, her onetime foe:

"Over the last year, I've traveled across this great state, meeting with countless Arizonans, and listening to them. I've heard about the challenges they face and the hopes they have for the future – and I've learned a lot. I am humbled and grateful to have this opportunity to serve and be a voice for all Arizonans. I look forward to working with Senator-Elect Kyrsten Sinema and getting to work from day one."

The other contender for the seat was former Arizona House Speaker Kirk Adams, who recently stepped down as Ducey's chief of staff.

Arizona will also now have, for the first time, two women representing the state in the Senate. But it's unclear who would be sworn in first, and if McSally would leapfrog Sinema in seniority.

McSally will have to run in two successive elections if she wants to keep the Senate seat — first in a special election in 2020, a presidential year, for the remaining two years of McCain's term, and then again in 2022 for a full term.

There were questions about McSally's effectiveness as a campaigner, given that she lost to Sinema, while Ducey was able to win re-election.

McSally was first elected to the House in 2014 following an impressive military career. A retired Air Force colonel, she was the first woman in U.S. history to fly in combat.

At the beginning of her campaign for the Senate, McSally was seen as a more centrist lawmaker and had even said she wouldn't back Trump during his 2016 campaign. But during her primary run for the Senate, she faced several conservative challengers and began to tack to the right. She cozied up to Trump and eschewed some of her more moderate views, particularly on immigration.