Accessibility links
As Parkland Cases Begin, Duty Of School And Deputy Come Under Scrutiny The criminal and civil cases related to the shooting at Marjory Stoneman Douglas High School are just beginning — and they raise a number of thorny questions about who is responsible for a tragedy. 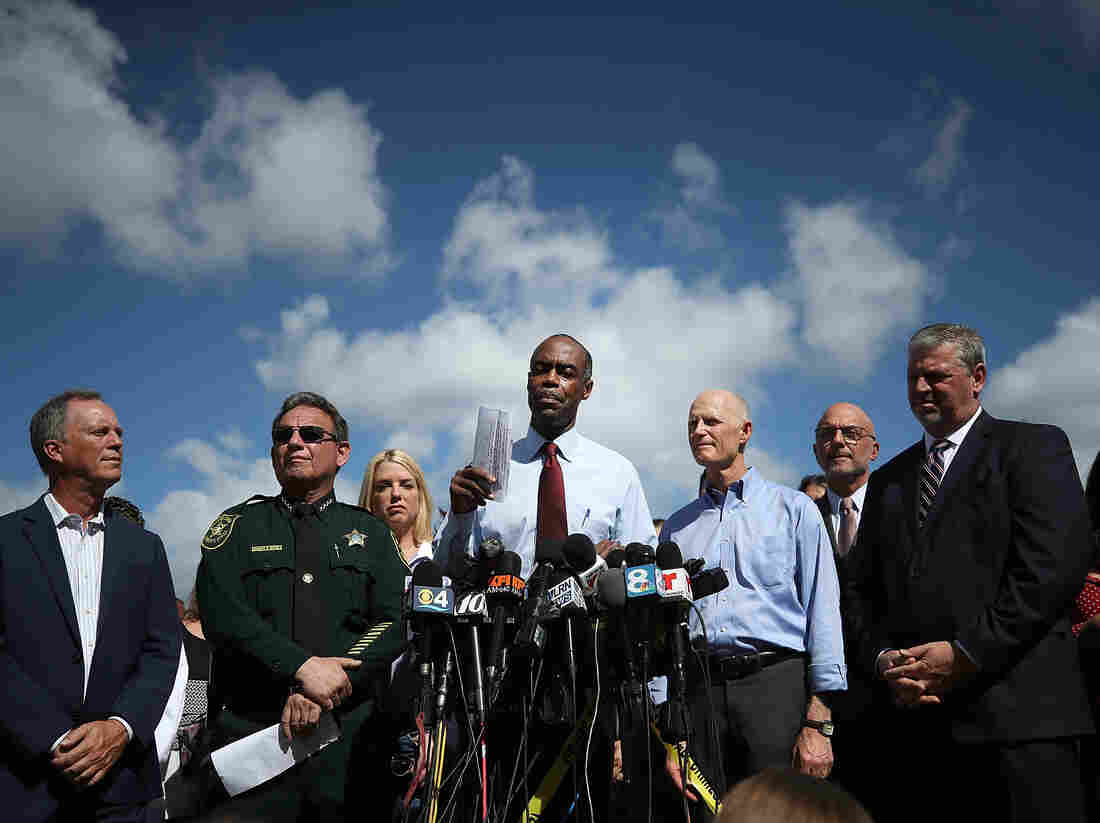 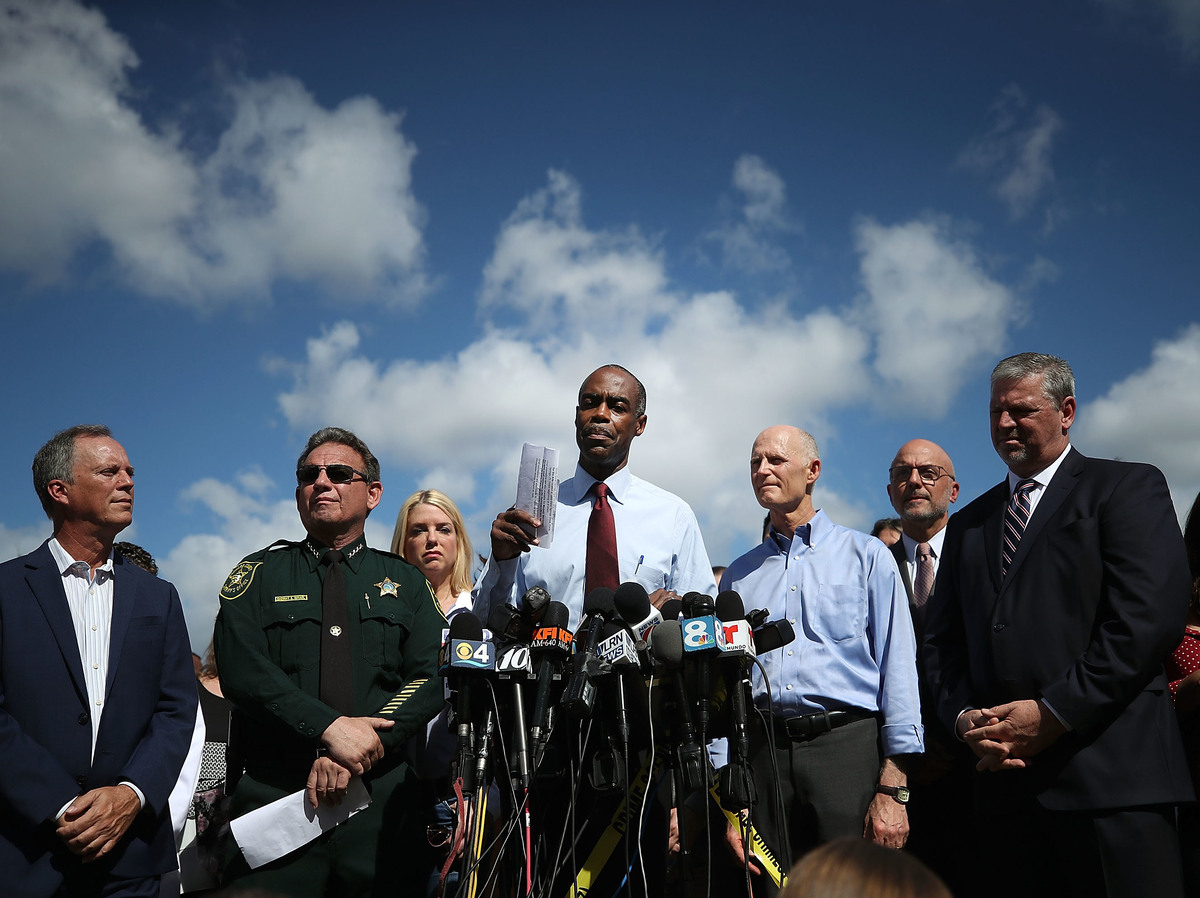 The first cases related to the Parkland school shooting in February are beginning to work through the courts, testing a number of thorny legal issues.

In the last week, for example, judges in different courts ruled on questions about what duty school deputy Scot Peterson had to protect the students at Marjory Stoneman Douglas High School during the attack there in February.

One of the lawsuits was brought by Andrew Pollack, the father of Meadow Pollack, one of the 17 people killed in the shooting. Pollack's civil complaint names a number of defendants, including alleged shooter Nikolas Cruz – but also Peterson, who is accused of neglecting his duty as a law enforcement officer by staying outside the school building rather than confronting the shooter during the rampage.

Peterson's attorneys had filed a motion to dismiss the complaint, writing that in general, tort law does not impose "a duty of care to prevent a person from harming another." They go on to argue that Peterson's "alleged action or inaction was not malicious, willful and wanton, or in bad faith" and that "excessive fear" does not meet a legal standard of actual malice.

"Englander Henning saw it differently, finding Peterson had a duty to the school community as someone whose job was security and who had an 'obligation to act reasonably' under the circumstances of the shooting.

The judge also found Peterson was not protected from the lawsuit by 'sovereign immunity,' a legal doctrine that shields public employees from legal action based on their official conduct.

Peterson's lawyer says he will appeal the ruling.

Meanwhile, in a federal civil rights case related to the shooting, the judge came to a somewhat different conclusion about the officer's liability. The plaintiffs in the case are 15 students who were present during the shooting, who say that they suffered psychological injuries. The defendants include Peterson, Sheriff Scott Israel, Broward County, and the county's school superintendent Robert Runcie.

As the judge wrote in her opinion, the plaintiffs alleged "that Israel, Runcie, and the County either have a policy of allowing 'killers to walk through a school killing people without being stopped,' or that they carry out such inadequate training of the individuals expected to respond in such situations ... that they should be liable for violations of Plaintiffs' substantive due process rights under the Fourteenth Amendment."

But, Bloom wrote, the plaintiffs' case hinged on the Due Process Clause, which "protects individuals first and foremost from action taken by the state." She adds that "nothing in the language of the Due Process Clause itself requires the State to protect the life, liberty, and property of its citizens against invasion by private actors," citing an earlier case.

In other words, the clause protects individuals from the state, but not from each other. The plaintiffs "frame their claim as arising from the actions, or inactions, of Defendants," Bloom wrote. "However, viewed properly, the claim arises from the actions of Cruz, a third party, and not a state actor."

Cruz, now 20, is in jail awaiting trial on 34 counts of premeditated murder and attempted murder.

Many other cases are on the horizon. Marjory Stoneman Douglas High School has been notified of at least 103 pending legal claims against it.