Accessibility links
Federal Panel Of Judges Dismisses All Ethics Complaints Against Brett Kavanaugh The judges acknowledged that the complaints are "serious" but noted there is no existing authority for lower court judges to hold Supreme Court justices accountable. 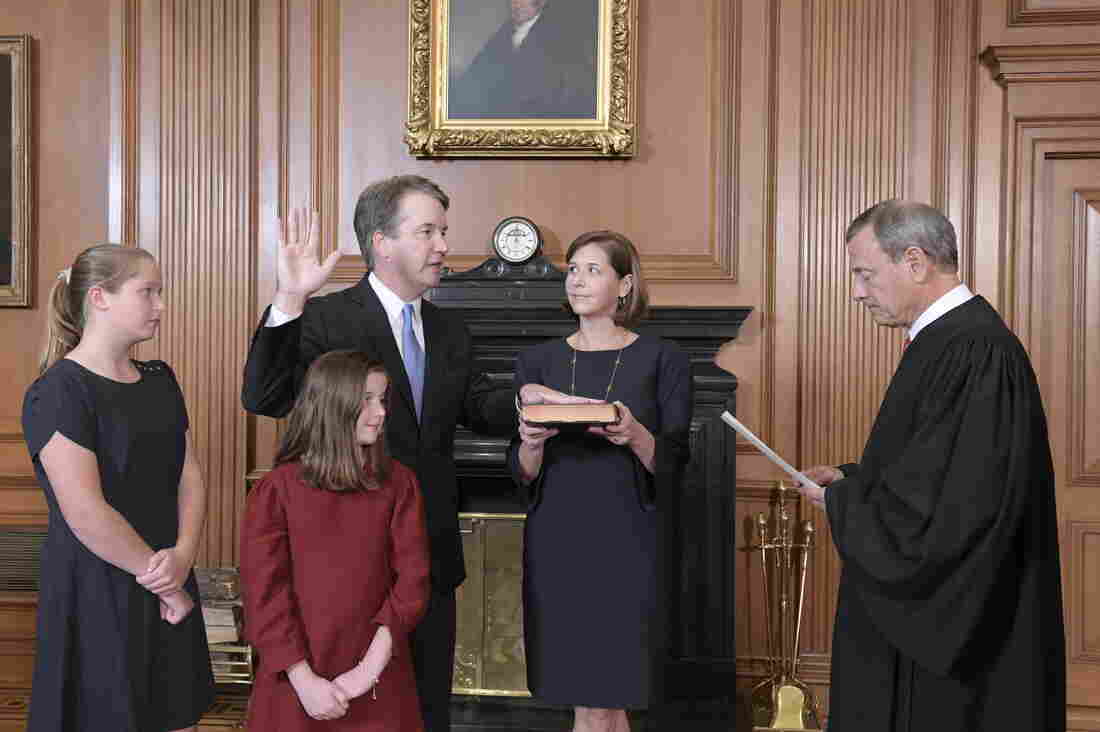 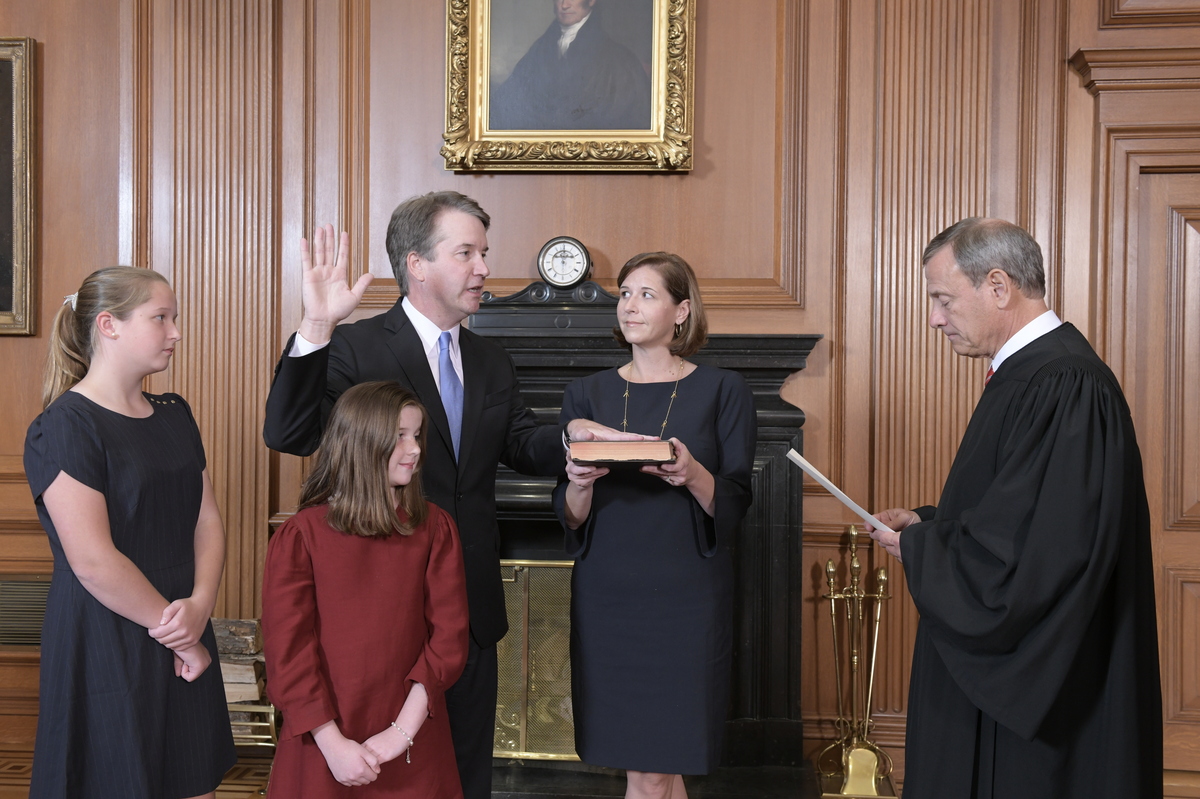 Chief Justice John Roberts administers the constitutional oath to Judge Brett M. Kavanaugh as his wife, Ashley Kavanaugh, holds the Bible. They're accompanied by their daughters, Margaret and Liza.

A specially appointed federal panel of judges has dismissed all 83 ethics complaints brought against Justice Brett Kavanaugh regarding his conduct at his confirmation hearings.

The judges concluded that while the complaints "are serious," there is no existing authority that allows lower court judges to investigate or discipline Supreme Court justices.

The complaints against Kavanaugh ranged from allegations that he had misled the Senate about some of his activities in the George W. Bush White House to his angry, partisan statements in denying charges of sexual assault in high school.

At his contentious confirmation hearings, Kavanaugh railed against Democrats, accusing them of engaging in a liberal conspiracy, a sort of payback for his onetime role as a prosecutor investigating President Bill Clinton.

"This whole two-week effort has been a calculated and orchestrated political hit fueled with apparent pent-up anger about President Trump and the 2016 election, fear that has been unfairly stoked about my judicial record, revenge on behalf of the Clintons, and millions of dollars in money from outside left-wing opposition groups," Kavanaugh thundered. "This is a circus. ... And as we all know, in the United States political system of the early 2000s, what goes around comes around."

After the hearings concluded, Chief Justice John Roberts appointed a special judicial council panel of judges from the 10th Circuit Court of Appeals to look into the ethics complaints against Kavanaugh.

But shortly thereafter, Kavanaugh was confirmed for a lifetime seat on the U.S. Supreme Court. And on Tuesday, Chief Judge Tim Tymkovich, of the 10th Circuit, acknowledged that while the complaints "are serious," the judicial council panel is obligated to dismiss them, because it has no authority over Kavanaugh.

The judicial council is empowered to act against lower court judges, he said, but it lacks any statutory authority to investigate or act on complaints against Supreme Court justices.