Accessibility links
Cuba Scraps Words Establishing Same-Sex Marriage From Drafted Constitution The amendment stirred controversy on the island. The National Assembly said this week that eliminating a definition of matrimony was "a way of respecting all opinions." 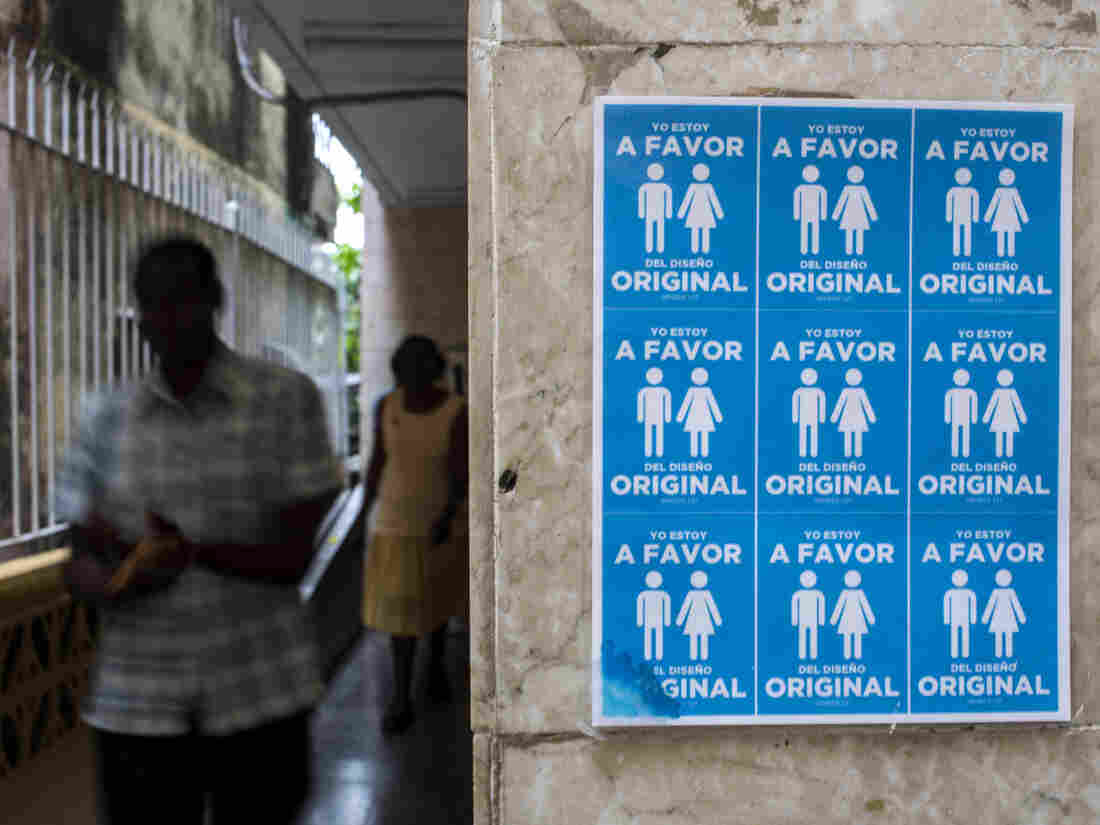 The Cuban government announced plans to remove wording that would open the island to same-sex marriage from the latest draft of its new constitution. In October, Cubans who protested the controversial amendment hung posters saying, "I'm in favor of the original design," in Havana. Desmond Boylan/AP hide caption 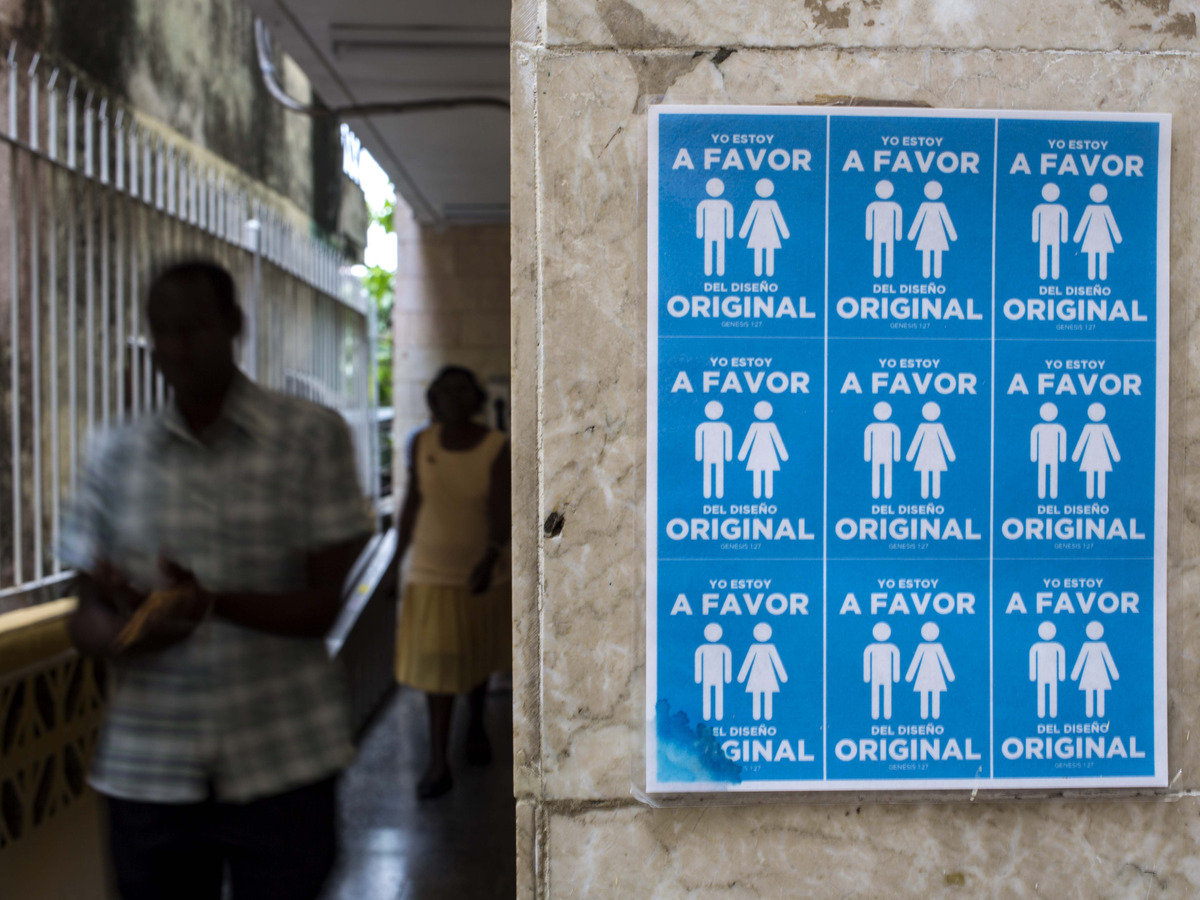 The Cuban government announced plans to remove wording that would open the island to same-sex marriage from the latest draft of its new constitution. In October, Cubans who protested the controversial amendment hung posters saying, "I'm in favor of the original design," in Havana.

In its draft for a new constitution, the Cuban government is dropping a controversial amendment that would pave the way for same-sex marriage.

A constitutional commission, led by Cuba's former president Raúl Castro, will remove a gender neutral description of marriage as a union of "two people" with "absolutely equal rights and obligations."

Instead, the commission has opted to avoid a description altogether. Cuba's National Assembly announced on Twitter that the group planned to eliminate the language "as a way of respecting all opinions."

The first draft for a new constitution was introduced in July, a few months after Miguel Díaz-Canel became president of the single-party, Communist country. Among the proposed changes came Article 68, which redefined marriage — and prompted both celebration and condemnation.

"With this proposal for constitutional regulation, Cuba puts itself among the world's leading countries in terms of recognizing and guaranteeing human rights," said Mariela Castro, a gay rights advocate and the daughter of Raúl Castro, as reported by Spanish newspaper El País.

Evangelical churches embarked on a campaign to reject the proposal. According to Reuters, 21 evangelical denominations started collecting signatures to oppose the measure in October. The wire service says hundreds gathered at a Methodist Church in Havana, clapping as Pastor Lester Fernandez said, "We do not in any way approve Article 68 ... because the Bible condemns it." People covered doors and windows with posters promoting "original family design," and threatened to reject the entire constitutional overhaul.

Homophobia is ingrained in the island's history. In the 1960s and under former Cuban President Fidel Castro, gay people were sent to forced labor camps, along with criminals and dissidents. They reportedly were subjected to beatings and verbal abuse.

Article 68 became one of the most discussed amendments in the drafted constitution, present in 66 percent of citizen meetings, the National Assembly said. The majority of people asked for it to be eliminated, it said.

Mariela Castro said the announcement does not close the door to same-sex marriage. "It has not been yielded at all, it has been reformulated taking into account all the criteria but without conceding the coverage of rights," she said in a Facebook post.

The commission said the terms of matrimony will be addressed in the constitution's family code, within a period of two years of a drafted provision.

The assembly is expected to vote this week on the final version of the charter. It will then be submitted to a public referendum early next year, according to media reports.

The draft contains more than 700 changes, including an amendment to limit Cuba's presidents to two terms.