Accessibility links
Another Legal Setback To The Trump Administration's Effort To Crack Down On Asylum In June, then-Attorney General Jeff Sessions announced a ban on asylum-seekers fleeing gang violence or domestic abuse. A federal judge on Wednesday blocked that ban, saying it had "no legal basis." 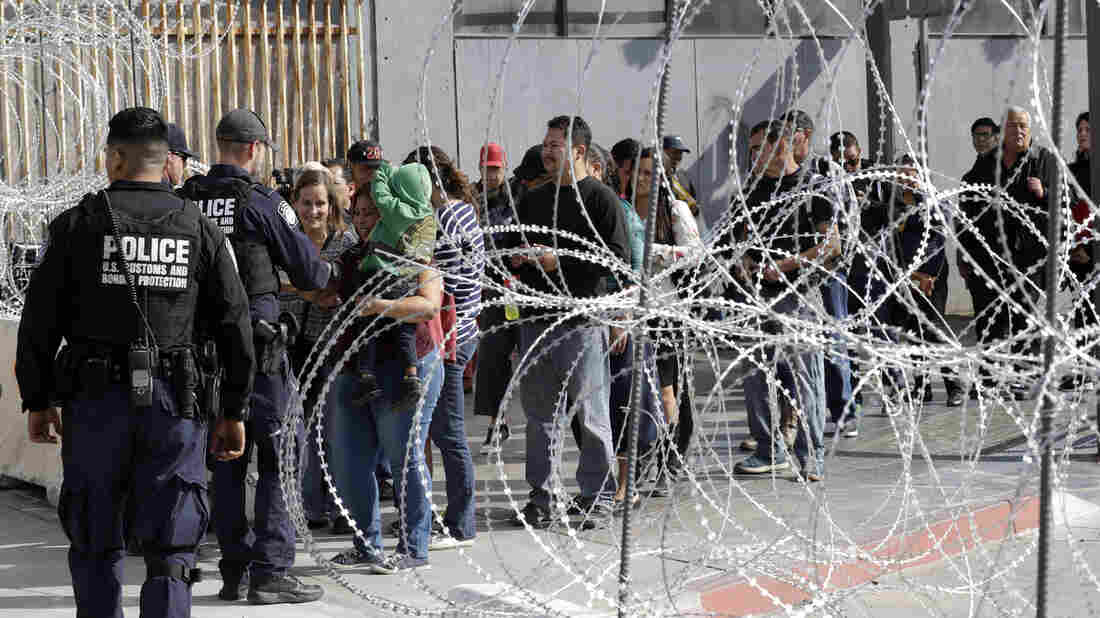 People line up to cross into the United States from Tijuana, Mexico, seen through barriers topped with concertina wire at the San Ysidro Port of Entry in San Diego. A federal judge on Wednesday blocked the administration from enforcing a ban on asylum-seekers fleeing gang violence or domestic abuse. Gregory Bull/AP hide caption 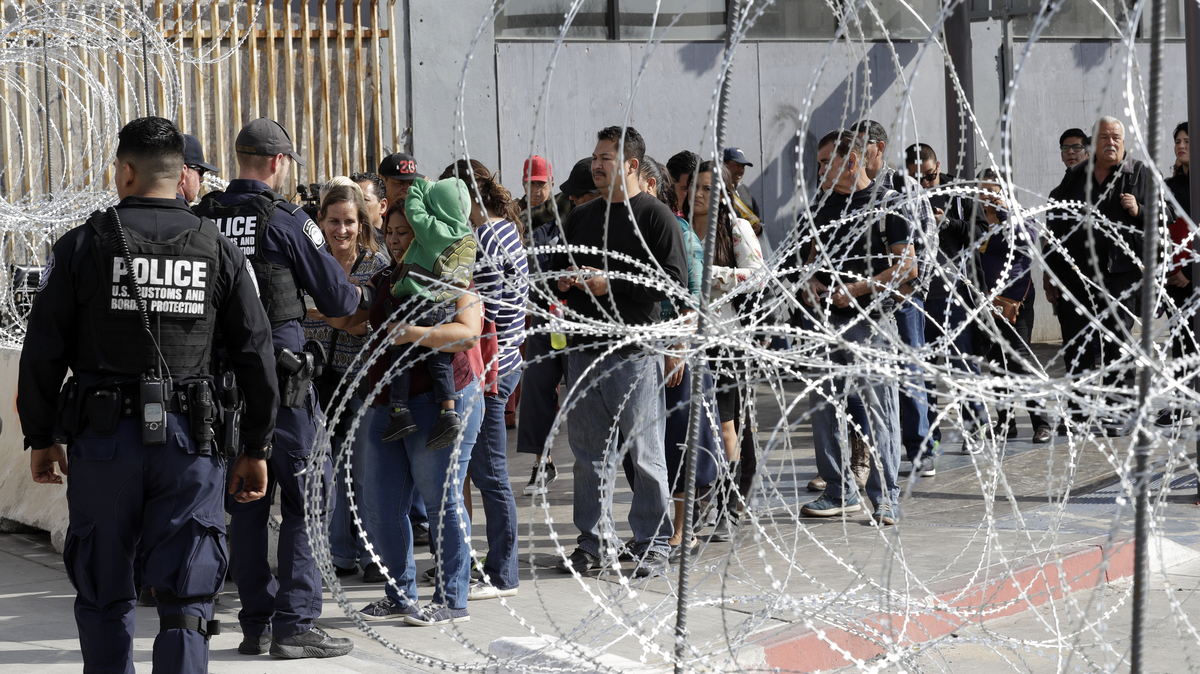 People line up to cross into the United States from Tijuana, Mexico, seen through barriers topped with concertina wire at the San Ysidro Port of Entry in San Diego. A federal judge on Wednesday blocked the administration from enforcing a ban on asylum-seekers fleeing gang violence or domestic abuse.

Back in June, then-Attorney General Jeff Sessions handed down a decision that said claims of domestic violence and gang violence should not qualify a person for protection in the United States. That policy was challenged in court by the American Civil Liberties Union.

U.S. District Judge Emmet Sullivan in Washington, D.C., ruled on Wednesday that "there is no legal basis" for such a categorical ban on these sorts of asylum claims. In strong language, he wrote that "because it is the will of Congress — not the whims of the Executive — that determines the standard for expedited removal, the Court finds that those policies are unlawful."

Now, federal asylum officers who interview every migrant asking for protection at the border cannot reject someone who expresses a fear of gang members threatening family, or of an abusive husband. The ruling tells the government that it cannot impose blanket denials on asylum-seekers. Instead, each claim must be considered individually.

In a statement emailed to NPR, the Justice Department defends the policy now struck down, echoing Sessions' original rationale. "Under laws passed by Congress," the statement reads, "asylum is only for those who have a legitimate fear of persecution based on their race, nationality, religion, political opinion or membership in a particular social group."

The department has not yet indicated whether it will appeal the ruling.

The administration has been trying to find a way to deal with a surge of asylum-seekers — what it has called a "crisis on the border." In fact, the numbers are striking. Last month, more than 30,000 family members and children crossed the Southwest border, most of them asking for asylum. Requests for asylum are up 120 percent in 2018 over 2017.

The White House has been complaining bitterly that asylum-seekers abuse the asylum system with frivolous claims, that once they complete a credible fear interview — the first step in an asylum claim — they disappear into the interior of this country and may or may not show up to immigration court months or years later. Actually, the majority of asylum-seekers do show up to court.

This is at least the fourth federal court decision that blocks the president's immigration crackdown.

Last month, a judge set aside Trump's order that asylum-seekers could present themselves only at legal ports of entry and their asylum claims would not be heard if they crossed illegally, such as rafting across the Rio Grande.

In October, a federal judge granted a preliminary injunction that stopped the government from ending temporary protected status for immigrants from El Salvador, Sudan, Haiti and Nicaragua.

In June, a California judge, Dana Sabraw, told the government to stop separating families at the border and to reunite them.

The immediate impact of this ruling will be felt at border crossings across the Southwest. In Ciudad Juárez, Mexico, for example, just across from El Paso, asylum-seekers are filling shelters and waiting at the bridge that marks the international border. In Tijuana, across from San Diego, thousands of migrants from the Central American "caravan" are waiting their turn to request asylum.

Asylum officers at the border already allow 76 percent of asylum-seekers to proceed with their cases, once they are allowed to have a credible fear interview. It is up to immigration judges to approve or deny asylum claims, even those based on domestic or gang violence.