Accessibility links
'Realization Of An Impossible Dream': MLB And Cuba Make Historic Deal The agreement, negotiated over years, represents the first time since Cuba's revolution that baseball players can sign with U.S. teams without having to defect. 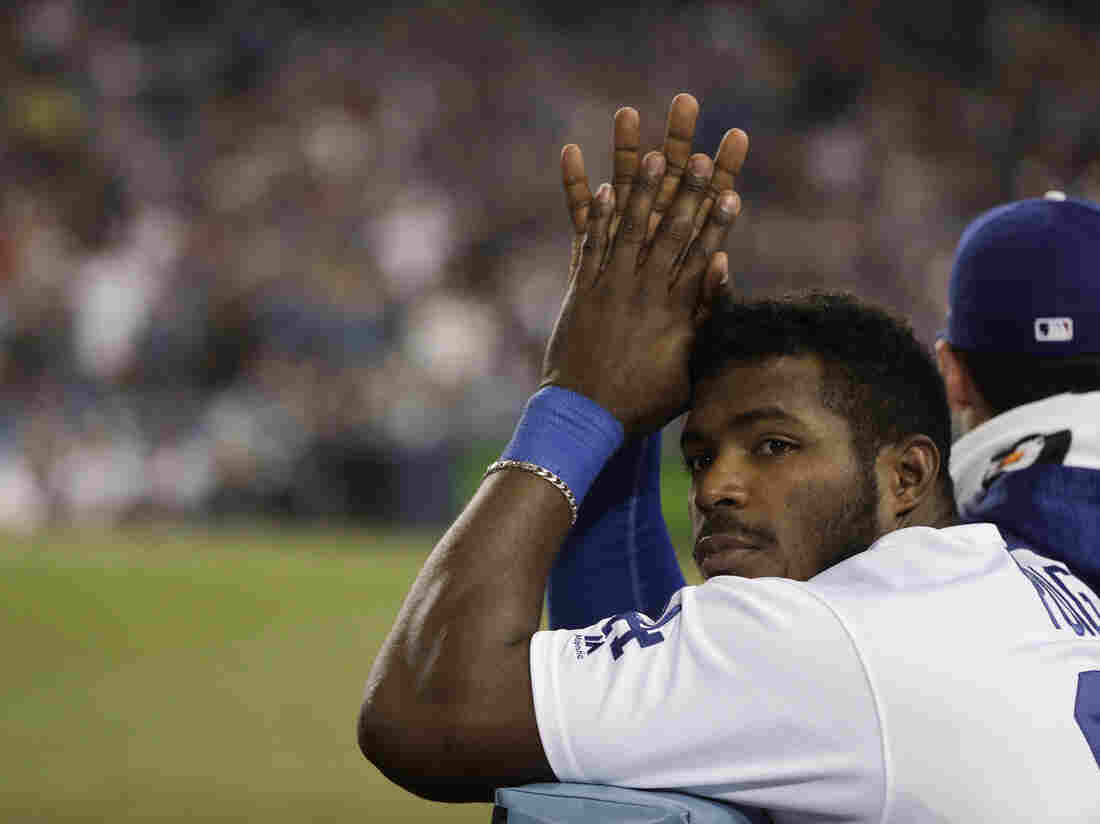 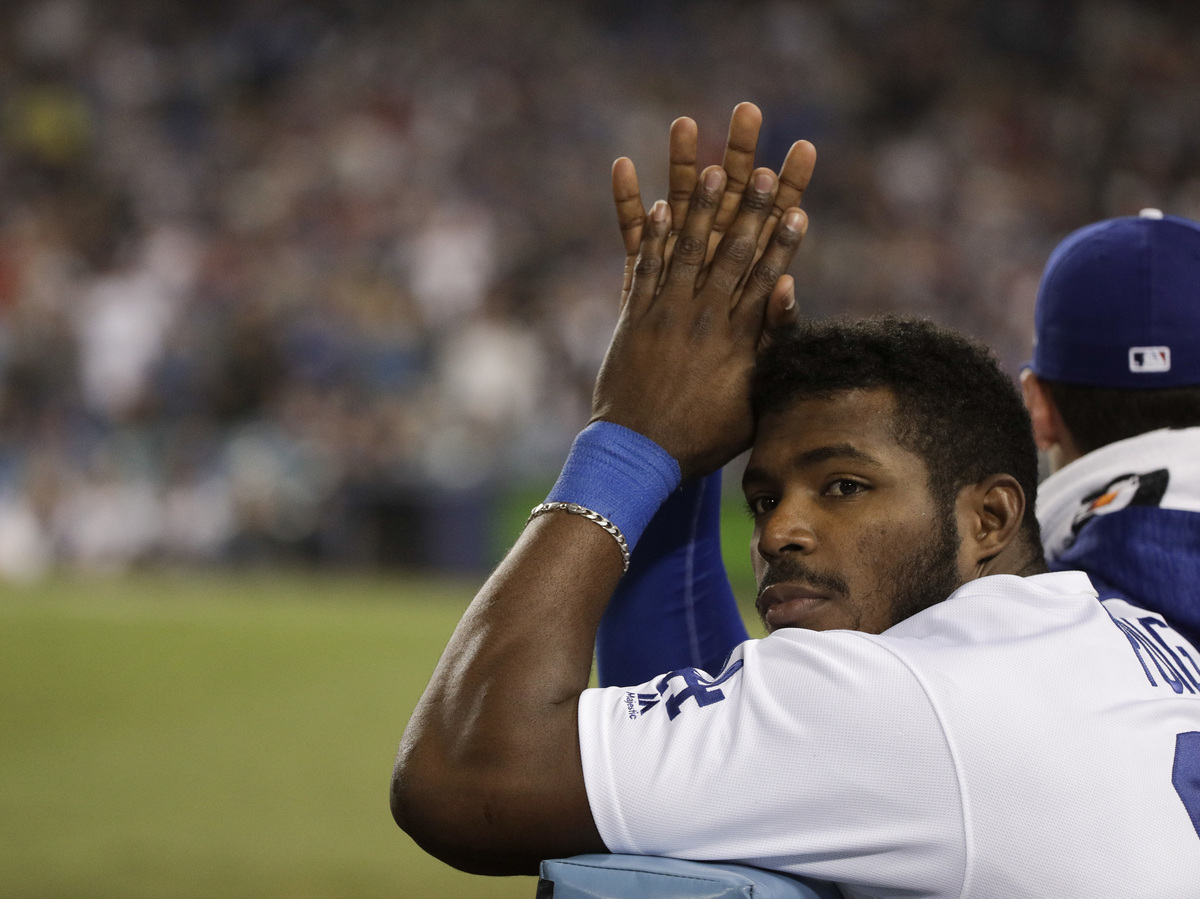 The Los Angeles Dodgers' Yasiel Puig defected from Cuba to play baseball in the U.S. On Wednesday, Major League Baseball and Cuba's baseball federation reached an agreement allowing Cuban players to sign with U.S. teams without having to defect first.

A new inning has begun for Cuban baseball players, after a historic agreement will allow the athletes to sign with U.S. teams without needing to defect.

Under the deal, Cuba must release baseball players who are at least 25 or with more than six years of experience, and any major league club with which they sign will pay Cuba's baseball federation a "release fee." The athlete will be able to sign with a club while in Cuba, apply to the U.S. for a work visa and return to his homeland during the offseason.

The agreement is meant to stem the trafficking of Cuban athletes, its architects say. Since the U.S. embargo against Cuba began in 1962, baseball players on the island have had no choice but to defect and establish residence in a third country before signing a contract with a major league club in the United States.

That has led to a slew of perilous and harrowing encounters, including trafficking and extortion. Los Angeles Dodgers right fielder Yasiel Puig was smuggled out of Cuba to Mexico, then held by gangsters for ransom before receiving a $42 million contract.

"Establishing a safe, legal process for entry to our system is the most important step we can take to ending the exploitation and endangerment of Cuban players who pursue careers in Major League Baseball," MLB Players Association Executive Director Tony Clark said in a statement. "The safety and wellbeing of these young men remains our primary concern."

Deputy Commissioner Dan Halem told Reuters that the payments to Cuba are acceptable despite the sanctions because the Cuban Baseball Federation isn't part of the island's government.

A State Department official told NPR in an emailed statement that the agency is aware of the agreement and that baseball players will still have to go to another country to apply for a work visa, in accordance with U.S. policy.

If athletes choose to defect, they will face a mandatory waiting period before being eligible to sign.

It is unclear when the agreement will take effect. MLB did not immediately respond to NPR's request for comment.

As part of its effort to form a deal, Major League Baseball spent more than $1.3 million lobbying on Cuban issues last year and nearly $1 million through the third quarter of 2018, Yahoo reported.

Baseball agent and consultant Joe Kehoskie told The Washington Post that despite an end to their legal obstacles, players will "likely end up worse off financially." A reported 15 to 25 percent release fee to Cuba's baseball federation is "roughly the same percentage Cuban players are currently paying to smugglers, and they'd likely be signing less-valuable contracts, since they'd be negotiating within a more restrictive [release] system, or draft, rather than as free agents."

Emily Mendrala, executive director of the Center for Democracy in the Americas, called it "great news for Cuba, for the U.S., for the safety of Cuban baseball players and their families, and for baseball fans everywhere."

In a statement, she described the long, shared history of baseball between the U.S. and Cuba, from Jackie Robinson training in 1940s Havana to a 2016 game between Cuba's national team and Florida's Tampa Bay Rays, with then-Presidents Barack Obama and Raúl Castro in attendance.

How Atlanta Became A Soccer Town

How Atlanta Became A Soccer Town

"Knowing that the next generation of Cuban baseball players will not endure the unimaginable fate of past Cuban players is the realization of an impossible dream for all of us," Abreu said in a statement. "Dealing with the exploitation of smugglers and unscrupulous agencies will finally come to an end for the Cuban baseball player."