Accessibility links
Review: An Elegiac Ode To Shakespeare In 'All Is True' An aging Bard of Avon (Kenneth Branagh) returns to his hometown to reconnect to the family he barely knows in this touching film about the disconnect between life and art. 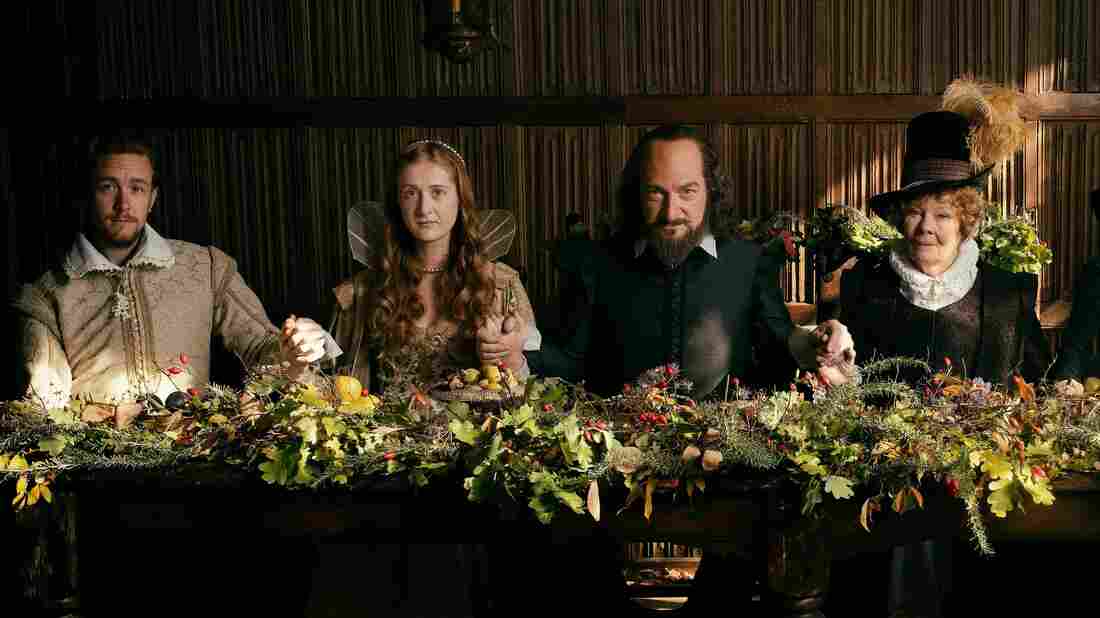 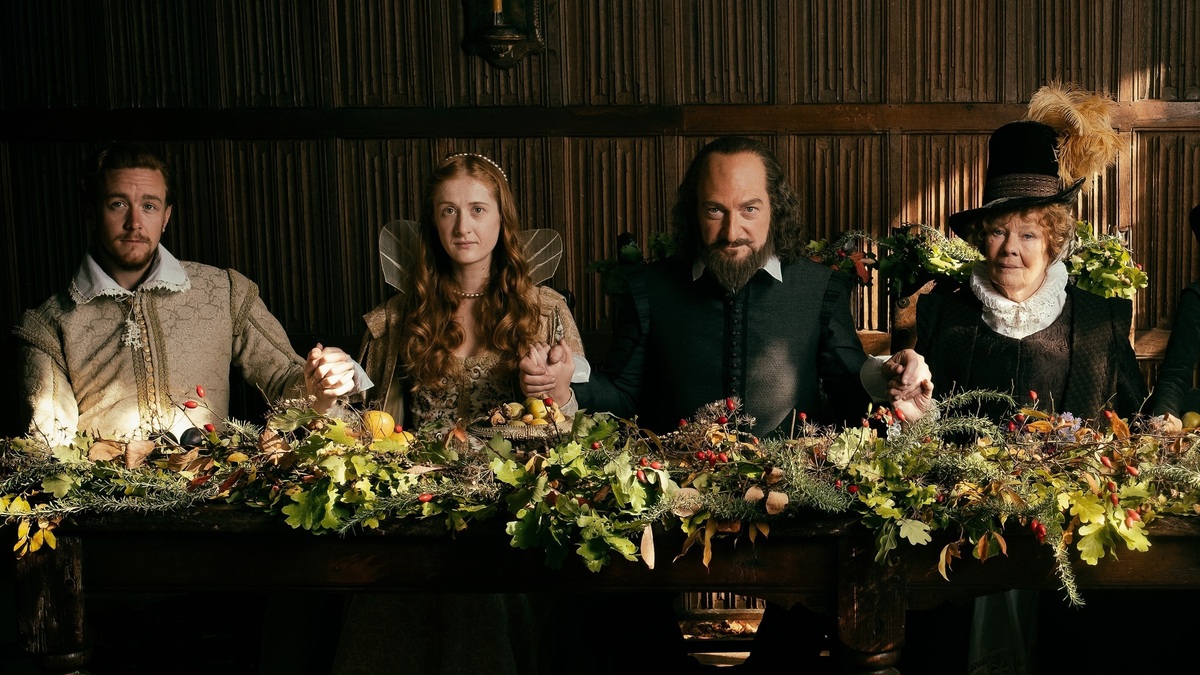 L to R: Tom (Jack Colgrave Hirst), Judith (Kathryn Wilder), Will (Kenneth Branagh) and Anne (Judi Dench) smile for the ... portraitist, in All Is True.

Midway through All Is True, Kenneth Branagh's imaginary wrangle of the troubled last years of William Shakespeare, a young fan approaches the Bard, who has returned to his native Stratford-upon-Avon to lick old wounds and reinsert himself into the family he has neglected for two decades. The eager visitor wants to know how Shakespeare did it — how he understood so deeply what drove the many disparate kinds of people in his plays. The grumpy playwright pauses his inept efforts to dig a memorial garden and tells the young man that all of it — good, bad, ugly — came from within himself. "All is true," he tells the boy, but when asked why he stopped writing, the aging lion takes umbrage and shoos the hapless fellow off his property.

All Is True was Shakespeare's alternate title for his final work, Life of Henry VIII, which was enjoying its first run in 1613 at the Globe when the theatre burned to a crisp. That much we know for sure. In the film, a devastated Shakespeare leaves London and returns to his hometown, and the rest is Branagh's vision, with British screenwriter and comedian Ben Elton, of Will's efforts to come to terms with assorted demons literary, domestic and romantic. A ghost pops in periodically to torment Will, but mostly this is a realist elegy for a flawed man as clueless about the human heart in life as he was wise on the page.

Latest 'Murder On The Orient Express' Is A Classic Whydoit

Shakespeare's Accent: How Did The Bard Really Sound?

Branagh, his nervous, slightly shifty eyes all but lost in a massive dome of a forehead rising off a pointy beard, offers us a tragicomic Shakespeare too anxious, insecure and self-absorbed to register the suffering he has inflicted on his older wife Anne (a nicely quizzical Judi Dench) and daughters, Susanna (Lydia Wilson) and Judith (Kathryn Wilder), all of whom he consigned to the back burner while working to become the world's greatest playwright.

Add to that Shakespeare's romantic idealization of his son Hamnet (Sam Ellis), who died at 11 years old and whom he claims as his chip-off-the-poetic-block inspiration, and you have a humbling waiting to happen. Skeletons march smartly out of closets, along with a fountain of secrets and lies and a couple of sex scandals that roil the prissy Puritan community of Stratford. (Windsor, technically, and tranquilly rendered by cinematographer Zac Nicholson in rich colors that shift gently from one season to the next.)

The tone is wistful and melancholy, spiced with occasional bursts of antic comedy. Resentments come to the boil, many of them filtered through the bitterly articulate invective of Judith, Hamnet's surviving twin and an acerbic young woman who in many ways is the movie's most vital creation. A smart cookie with no prospects but to marry and produce the grandson her father longs for, Judith emerges as a powerful stand-in for her disenfranchised sex in a movie slyly studded with up-to-date references to gender, race and, above all, class.

From Dead Again all the way through Murder on the Orient Express, Branagh's contemporary films always have struck me as the heavy-breathing creations of a man trying much too hard to be someone he isn't. His Shakespeare work as actor and director, by contrast, is deft, calmly unfussy and assured. All Is True is no exception, in part perhaps because Branagh has parlayed the humble origins he shares with the Bard (Branagh is a plumber's son, Shakespeare the offspring of a petty thief) into a study of the lifelong status anxiety that bedevils poor Will.

Unlike his mostly upper-crust literary peers who lived large and died of too much booze or sex or both, Branagh's Shakespeare grew into a petty bourgeois who carefully salted away money and property and who, pathetically, ponied up 20 pounds to buy himself a coat of arms. Galloping in to rub salt in that wound is the earl of Southampton, once closeted as the Dark Lady of Shakespeare's ardent sonnets, now an old man played by Ian McKellen with lashings of twinkly camp, who gives his old friend a tongue-lashing for giving up his writing and for living "a small life."

We'll never know if that small life really expanded into humility and insight as it does in All Is True, which brings Shakespeare and his family to their knees and then raises them for an incongruous, sweetly sentimental group hug. It hardly matters, for in this lovely ode to a literary master, Branagh shows us what his hero always understood — that life may be an endlessly unfolding mystery, but in art, all is true.