Accessibility links
Review: 'Cold War' Offers 'An Ode To Joylessness' Pawel Pawlikowski follows up 2013's Ida with this tale of Polish musicians living under Stalin; it's "an ode to joylessness that feels historically credible but narratively arbitrary." 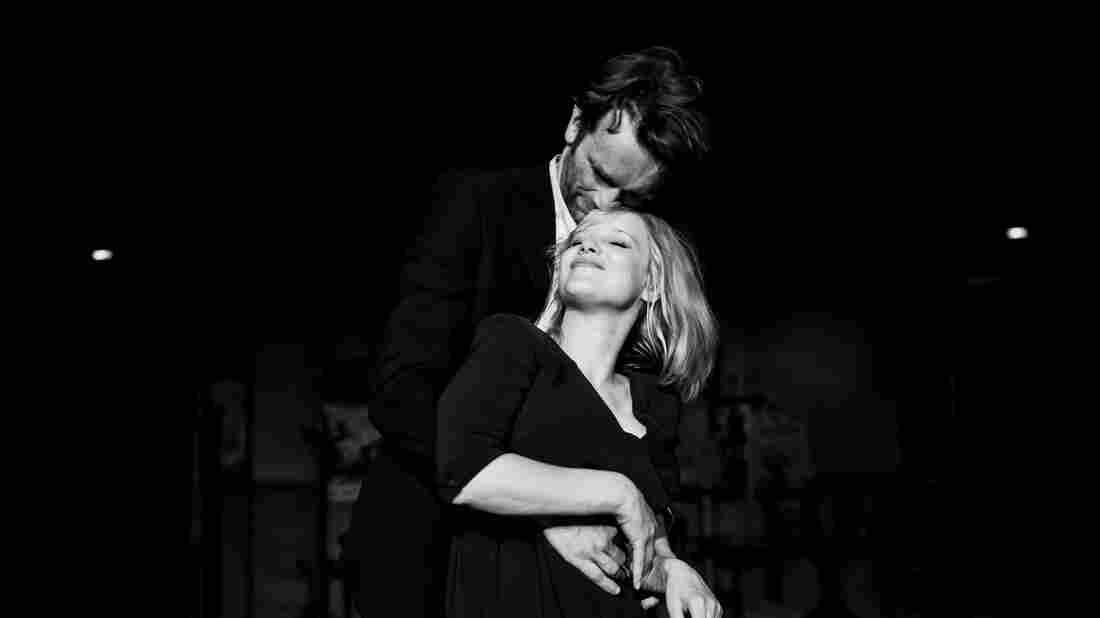 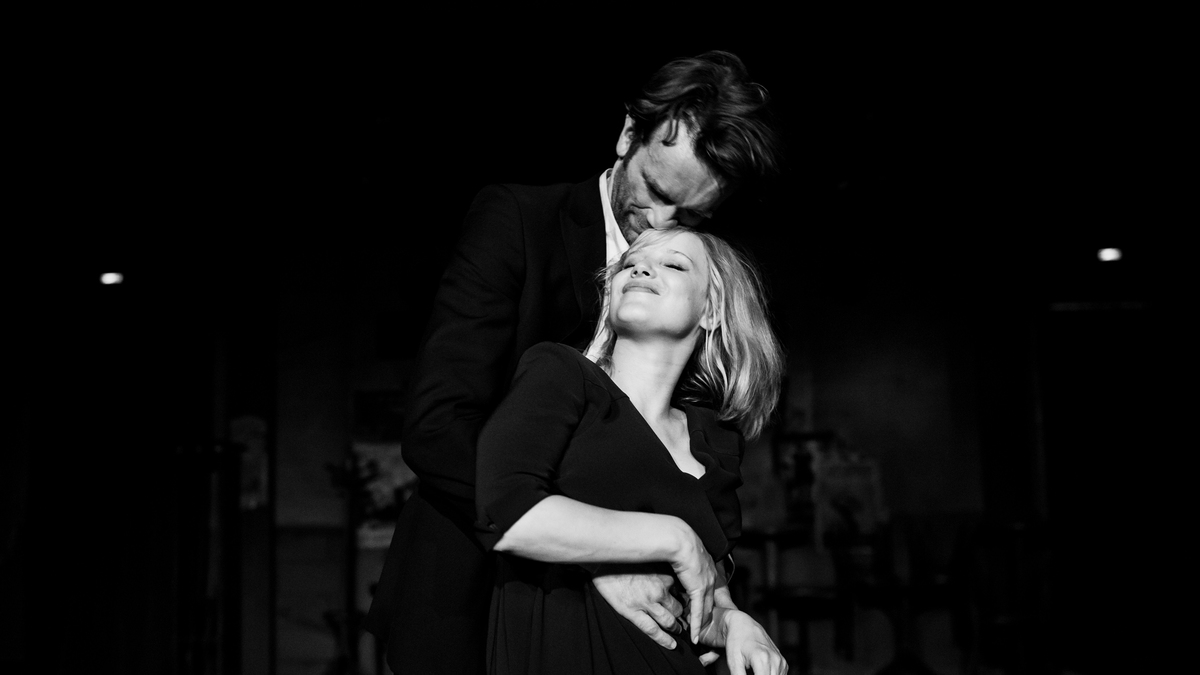 In the opening sequence of the artful and distinctive yet finally unsatisfying Cold War, three minor functionaries of Poland's new Communist regime canvass a remote region. Armed with a tape recorder, the travelers seek genuine "peasant" music. But only one of them is truly interested in authenticity.

It's 1949, and musician Wiktor (Tomasz Kot), ethnomusicologist Irena (Agata Kulesza), and ideological overseer Kaczmarek (Borys Szyc) are charged with recruiting performers for a folk music and dance troupe. Wiktor is soon distracted by one of the potential recruits: vivacious Zula (Joanna Kulig), a pretty blonde adolescent whose big number comes from a Russian movie, not Slavic tradition. Irena disapproves, but Wiktor is smitten.

'Ida' Director Made Film To 'Recover The Poland' Of His Childhood

Director and co-writer Pawel Pawlikowski's followup to his stylistically and tonally similar Ida is something of a homage to his parents, whose names he borrows for his central characters. The film follows Wiktor and Zula for 15 years, through personal and political tribulations. Their romance isn't exactly star-crossed, but it is a mess.

So is the second half of the movie, in which the context remains compelling but the story loses momentum and plausibility. At a mere 84 minutes, Cold War seems both too short and too long. The script (by Pawlikowski, Janusz Glowacki, and Piotr Borkowski) is elliptical and nearly devoid of psychological insight. Such diffidence was better suited to Ida, whose namesake was a young nun with little knowledge of the world or herself.

Cold War covers a lot more territory, both chronologically and geographically. The film sends its lovers, whether alone or together, to France and Yugoslavia and back to Poland — a return to crushing oppression undertaken willingly, if unconvincingly. The promise of the West is false, apparently, although the movie's Paris appears a lot more congenial than the place where Wiktor and Zula's tale ends.

Irena vanishes from the story fairly quickly, but Kaczmarek resurfaces from time to time. He represents the authorities who decree — in one of the film's few humorous moments — that the trad-folk ensemble needs a few more ditties about the greatness of Stalin. Kaczmarek also has a thing for Zula, who beds (and marries) several men between her sojourns with Wiktor.

Left alone in Paris for a time, Wiktor dallies with a French poet (the always-intriguing Jeanne Balibar). But his allegiance is to Zula, no more dependable a mistress than Poland herself.

Like Ida, Cold War was shot by Lukasz Zal in icy black-and-white and an almost-square format. The effect evokes 1950s cinema, while emphasizing the lovers's confined lives. The stark images have an unearthly beauty, unadorned yet luminous like a haunting folk tune.

Equal care is taken with the music, which progresses from eerie Carpathian female chorales to jazz, classical, and a Warsaw-Pact take on mariachi music. Spare bistro piano embodies Wiktor's loneliness, while a peeved Zula dances to "Rock Around the Clock" to demonstrate her modernity and exuberance — and that she's a lot younger than her sometime paramour.

Yet it's not the age difference that periodically divides Wiktor and Zula. Nor is it politics, despite numerous instances of Communist brutality, both physical and psychic. So what's the rub?

Cold War is an ode to joylessness that feels historically credible but narratively arbitrary. In Pawlikowski's telling, the link between Poland's agony under Stalinism and Wiktor and Zula's mutual suffering plays more like more unfortunate coincidence than tragic inevitability.