Accessibility links
George M. Cohan, 'The Man Who Created Broadway,' Was An Anthem Machine Cohan was a myth builder: Songs like "Yankee Doodle Dandy, "Over There" and "Give My Regards to Broadway" celebrated both life in early 20th-century America and the glowing allure of the stage. 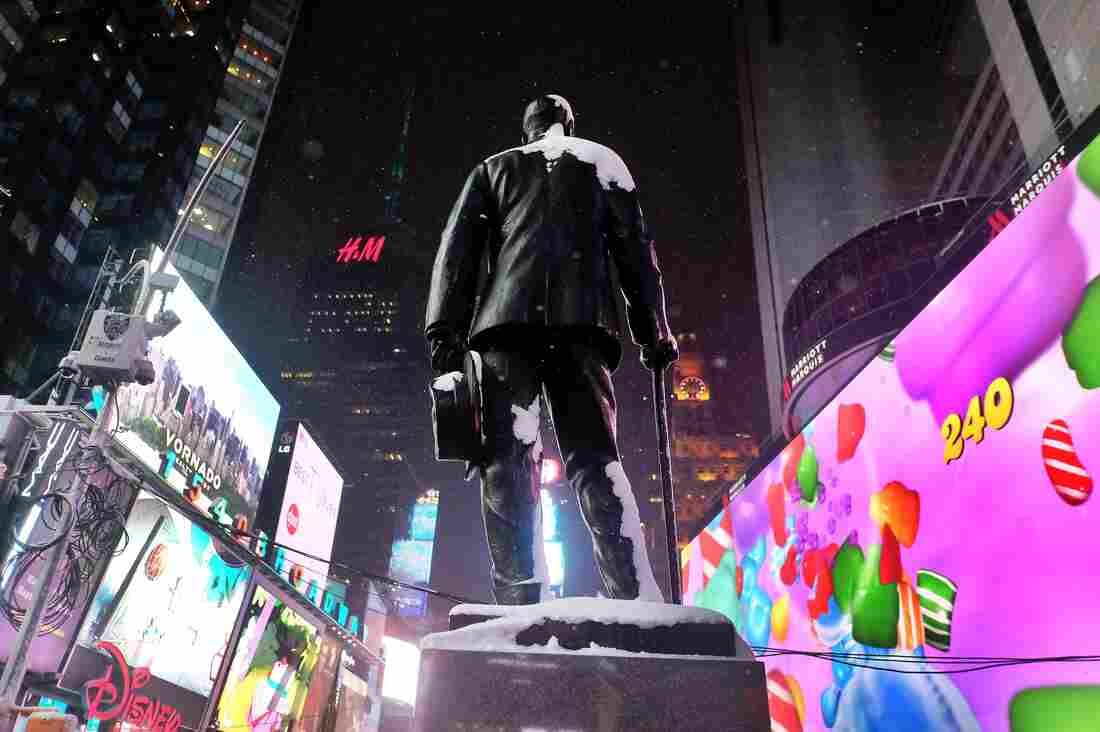 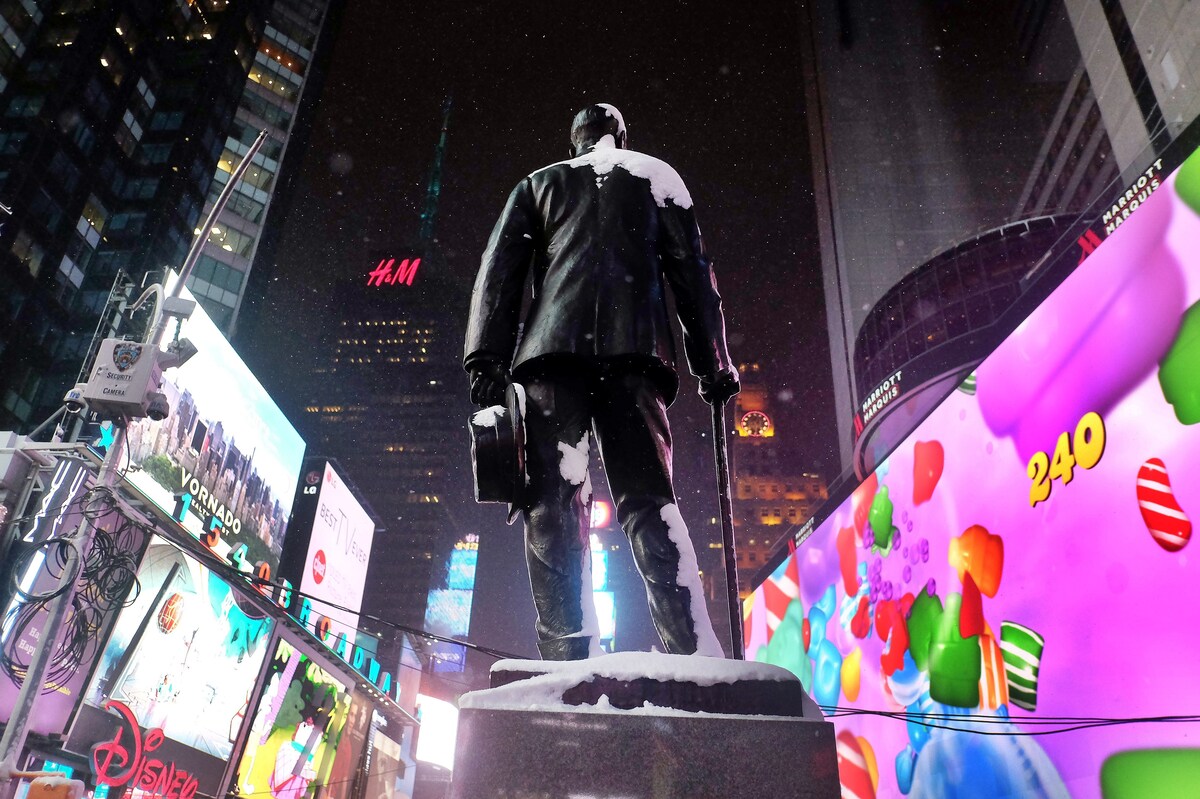 George M. Cohan was 64, and had just a few weeks to live, when producers showed him the movie they'd made about his astonishingly productive life.

Starring James Cagney, who went on to win the best actor Oscar for singing, hoofing and acting Cohan, the film was named after Cohan's signature song, "Yankee Doodle Dandy." And to the old showman's delight — "My God, what an act to follow!" he said of Cagney's performance — it was crammed with the tunes he was celebrated for, including "You're a Grand Old Flag," "Over There," and of course, "Give My Regards to Broadway."

Though he'd traveled the length and breadth of America, Broadway had been Cohan's home base in the early decades of the 20th century. He's widely considered the father of American musical comedy, with more than 50 shows to his credit. And unlike most of the singer-songwriters profiled in NPR's American Anthem series, he is remarkable not because he wrote one anthemic song, but because — with more than 300 tunes and a lot of flag-waving in those shows — he was what you might call an "anthem machine."

Cohan was ridiculed in some circles for writing so many foot-stomping marches. But Laurence Maslon, author of the new book Broadway to Main Street: How Show Tunes Enchanted America, says that after spending his childhood traipsing all over the country in his family's vaudeville act, the performer knew it worked.

"If you're knockin' about from the East Coast to the West Coast in tiny towns," Maslon says, "you have to figure what's gonna get the widest bandwidth. And he realized, particularly at the dawn of the 20th century, that being an American was more exciting for many people than being Swedish or Jewish, or Italian or Irish or African-American. He was very canny about that."

Cohan was also canny about capturing the moment. With World War I raging in Europe in 1917, he wrote a song, "Over There," that he said was inspired by a bugle call. It proved pretty popular, as he suggested obliquely to a radio audience, calling it "a little marching song of mine the boys adopted more or less during the war."

This speech packed in a lot of understatement. Back when people still gathered around pianos in their parlors, that little marching song sold millions of copies of sheet music as it boosted morale during WWI. And though Cohan couldn't have known this on that radio broadcast, American doughboys would have it ringing in their ears as they headed back to Europe for World War II.

Cohan said he penned that song on a train to New Rochelle, N.Y. — modest origins for one of his bigger hits, and one of relatively few that weren't penned specifically for Broadway. He was a creature of the theater: writing, producing, and starring in vehicles that were all about a yearning for a kind of success that he turned into a whole new allegory.

"He is the man who created Broadway," Maslon says. "Not the street, not the pavement. He created the myth and the legend of Broadway."

The appealing legend of recognition and almost overnight success. It's one that's still common, even in shows that opened this season.

"I had the misfortune," Maslon says, smiling, "of sitting through King Kong the other night. And it begins with this girl who shows up with a suitcase in 1933, saying, 'I want to be the queen of Broadway.' That mythology we have of seeing your name in lights — nobody summed that up better than George M. Cohan." 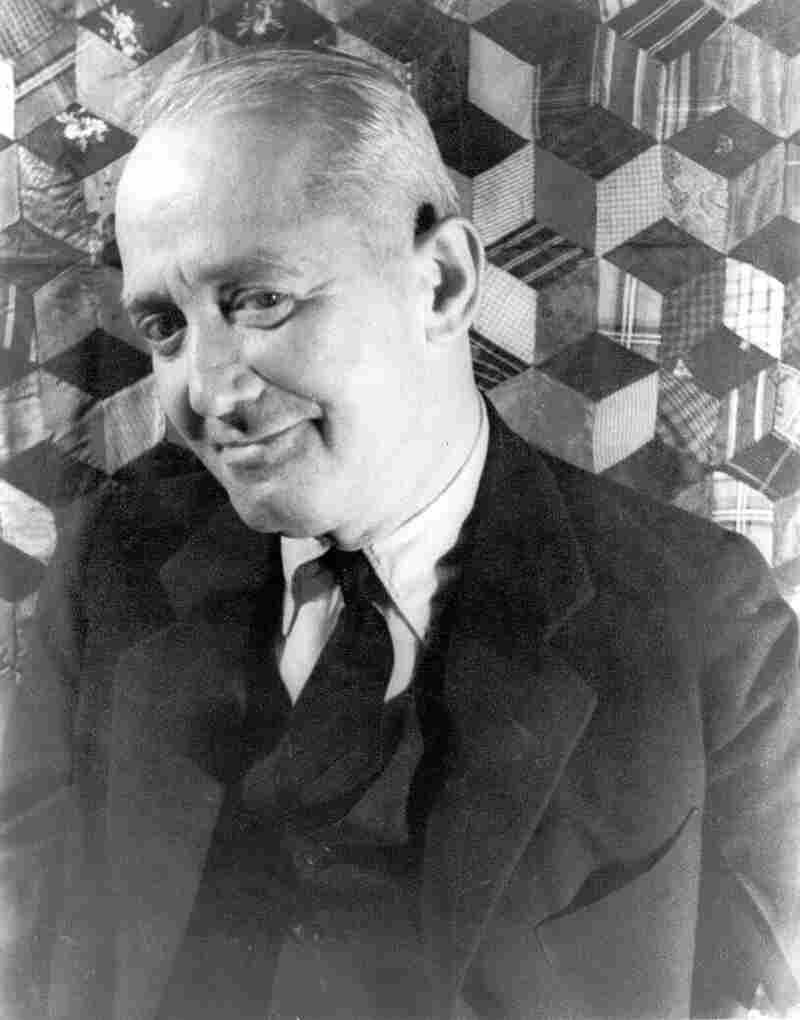 Still, even though he was perhaps the great musical comedy performer before 1925, there aren't many recordings of Cohan himself. "Rumor was he didn't like the way he sang," Maslon explains. "He thought that electronic equipment didn't capture his pizzazz and his personality so he avoided it. He only recorded about seven or eight songs of his own on record, so we don't really have that kind of memory. We know Cohan mostly through Jimmy Cagney in Yankee Doodle Dandy."

That is, in fact, exactly where another Cohan interpreter — Broadway veteran Joel Grey — learned about him.

Fresh from his career-making triumph as the "Willkommen, bienvenue, welcome"-singing Emcee in Cabaret, Grey was offered the lead in a new Broadway bio-musical called George M! He took the project on, he says, partly because "James Cagney, and that movie Yankee Doodle Dandy, had a tremendous effect on me." Also, of course, who could resist those songs — even the ones that weren't instantly familiar?

"They're easy to sing," Grey says, "because he himself was a performer, so he would write good things for himself. Very musical, very singable, very early-American kinds of songs."

But George M! opened in 1968 — an era of protest, not of smiles across white picket fences. The times they had a-changed, and Grey discovered the brassy patriotic tunes Cohan was best known for weren't landing the way they had for Cagney.

"The Vietnam War," he remembers, "and all the political things that have gone on since, did not allow those songs to be pure and unattached to dark visions."

"Over There," for instance, with its chorus saying "the Yanks are coming ... and we won't come back till it's over, over there," had originally marched troops into what was supposed to be a "war to end all wars." But the war led to millions of deaths, a new kind of trench fighting, mustard gas — horrors unimagined when he was writing. And it didn't end all wars — something you can sense in the almost mournful way Grey begins the song in George M!

Which is not to say Cohan was naive, exactly: Grey notes that there was a darkness in the entertainer, who indeed, could be fierce when crossed. Notoriously anti-union, Cohan refused to join Actor's Equity even when it meant he had trouble performing in his own shows. And he refused for years to pick up a Congressional Gold Medal because he just didn't want to meet President Franklin Roosevelt.

But, Grey says, "When he was talking about America and writing about Broadway, I think all the darkness just sort of melted away." Which is why his work appealed to so many — including President Richard Nixon, who came to see George M! with his wife and daughter and visited the cast backstage.

"I was not a fan of his presidency, but y'know, when a President comes to see a show, you welcome him. It also usually adds a year to the run," Grey says. With a chuckle, he adds: "May I tell you, we closed about a month later."

By that time, though, the public may simply have moved on. Just one block from George M!, the rock musical Hair had begun "letting the sunshine in," a notion George M. Cohan might barely have recognized as showbiz.

"He was the kind of guy that I probably would not have hung out with," Grey admits. "Kind of reactionary and Richard Nixon-ish. But I so admired his passion for the theater. He was writing and directing and acting, and ... he's a force."

Few would argue with that. Which is why Cohan's statue — the only public statue of a theater performer in all of Manhattan — has stood for decades at the center of Times Square, forever giving Broadway his regards.