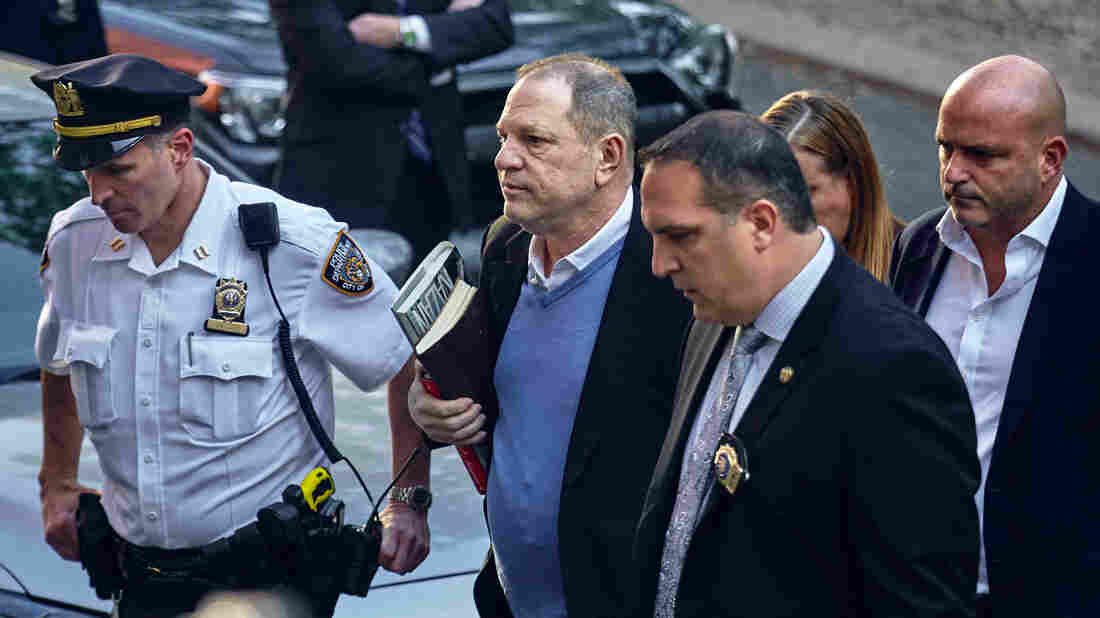 In May, Harvey Weinstein turned himself in to police following allegations by several women of sexual misconduct. Andres Kudacki/AP hide caption 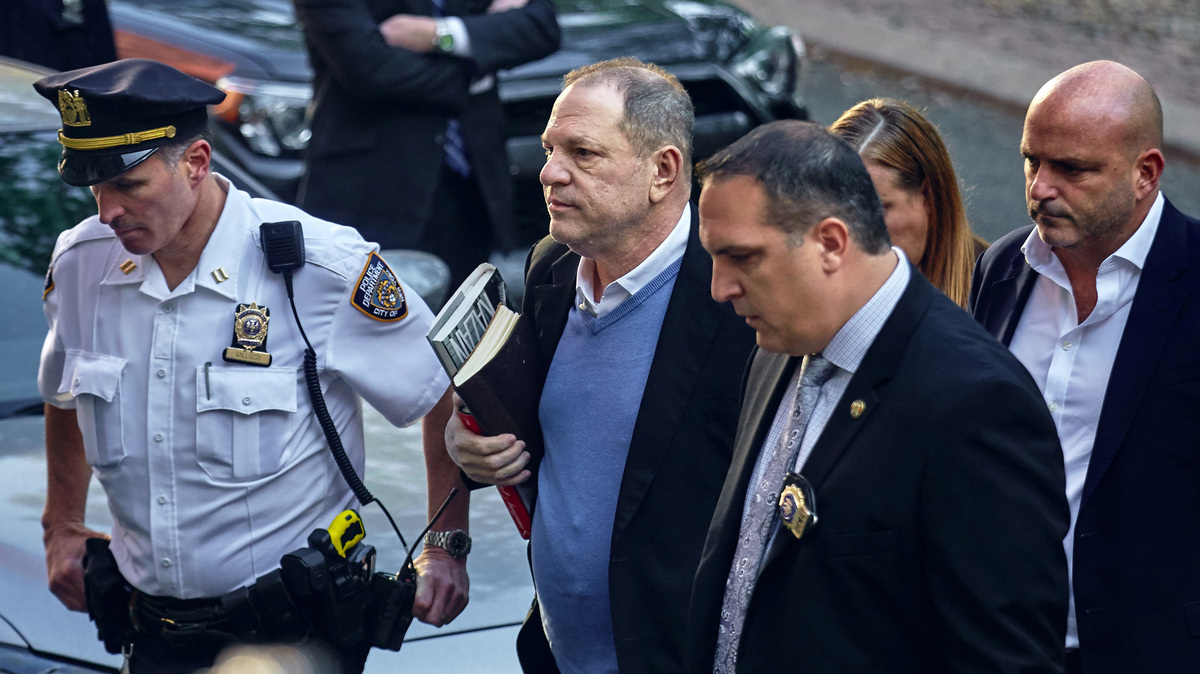 In May, Harvey Weinstein turned himself in to police following allegations by several women of sexual misconduct.

Harvey Weinstein, the disgraced former movie mogul, continues to face charges of rape and sexual assault in New York state, after his legal team failed in its bid to have the case thrown out.

At a brief hearing in New York on Thursday morning, a judge rejected arguments by Weinstein's attorneys that the five outstanding charges should be dismissed and the case dropped.

A hearing for the case is now scheduled for early March.

Weinstein turned himself in to police in May, some seven months after The New York Times and The New Yorker reported for the first time that multiple women were accusing him of sexual misconduct. In June, Weinstein pleaded not guilty to charges that he sexually assaulted three women.

"Mr. Weinstein has denied these crimes," Weinstein's attorney Benjamin Brafman told a gaggle of reporters after the movie producer's plea hearing. "He has maintained that he has never engaged in non-consensual sex with anyone."

Additional charges, of a criminal sexual act and predatory sexual assault, were filed against Weinstein in July.

At the time, it seemed like a big win for the #MeToo movement; dozens of women had come forward to accuse Weinstein of rape and sexual misconduct that allegedly took place over nearly four decades. The movement, named for the social media hashtag #MeToo, has also contributed to the downfall of other powerful men in media – including NPR – as well as in entertainment, politics and other industries.

But six months later, the case against Weinstein appeared as though it might be in trouble.

One of the six charges against him has already been dismissed after prosecutors disclosed an error by the lead detective on the case.

Brafman argued that the rest should go, too, arguing that a detective involved in Weinstein's arrest made several key mistakes in his investigation and that the women who accused his client are lying.

As NPR has previously reported, the prosecution says that New York Police Department detective Nicholas DiGaudio erred more than once in his communications with Weinstein's accusers, including encouraging one accuser to delete personal data from her phone before she handed it over to police.

An expert on police investigations told NPR that DiGaudio's behavior made it look like he was trying to influence the investigation.

But then, according to prosecutors, the detective failed to inform them about key differences in their stories — and told the friend that "going forward, 'less is more' " and that she had no obligation to cooperate with law enforcement."

The NYPD wouldn't let NPR talk to DiGaudio, but the police union said the detective did his job and that the information was handed over but was "forgotten or ignored" by prosecutors.

In October, prosecutors disclosed these and other mistakes to Weinstein's lawyers, who moved to have the assault charge based on Evans' allegations thrown out. The prosecutors agreed and the charge was dismissed, to the dismay of Evans' legal team.

Goldberg and others say they think the district attorney, Cyrus R. Vance Jr., is afraid to take someone as powerful as Weinstein to court. In an earlier run-in with Weinstein in 2015, Vance declined to bring charges against the producer when he was recorded admitting to groping an Italian model.

Brafman says he also has access to thousands of emails from Weinstein's former movie studio's servers that will weaken the case against his client, according to The Associated Press. Brafman said in a court filing last month that the emails "demonstrate that these women who now allege sexual assault by Mr. Weinstein have for years engaged in loving and often intimate conversations with him before and after the date of the alleged assault," the news service reported.