Accessibility links
Trump Administration Takes Next Step Toward Oil Lease Sales In Arctic Refuge The Trump administration has taken another step toward selling leases to drill oil in the Arctic National Wildlife Refuge. 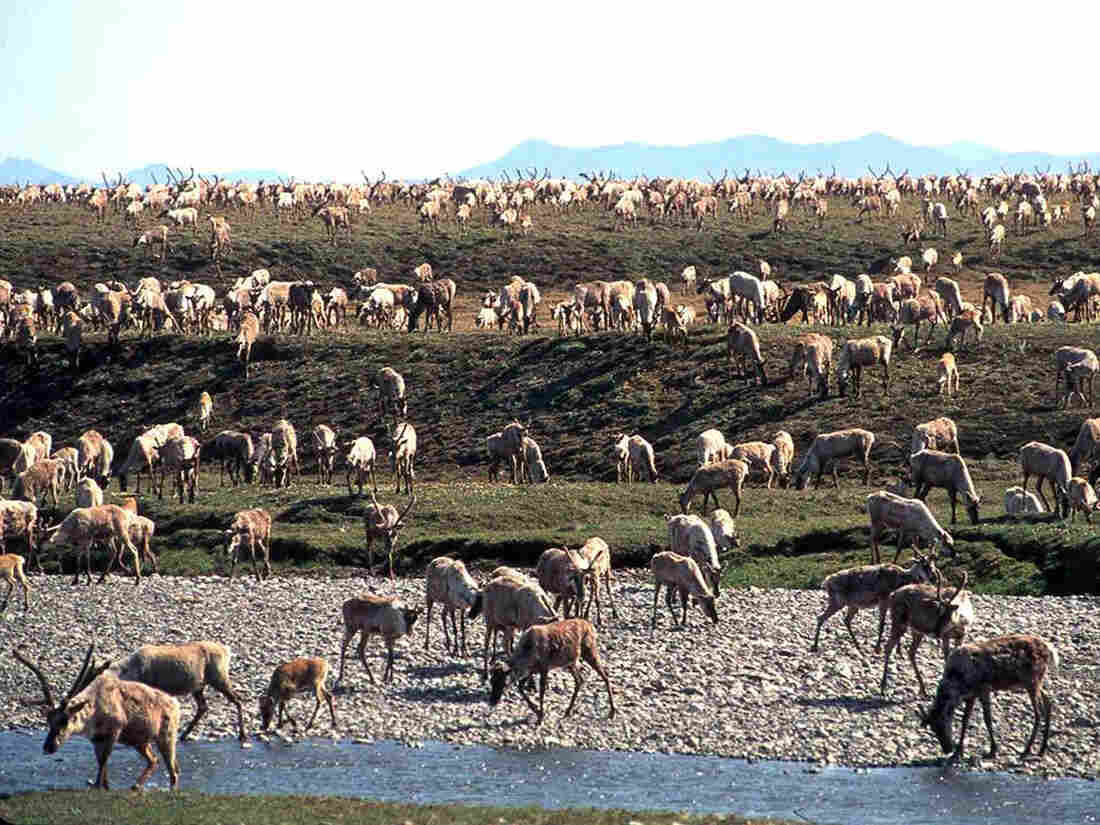 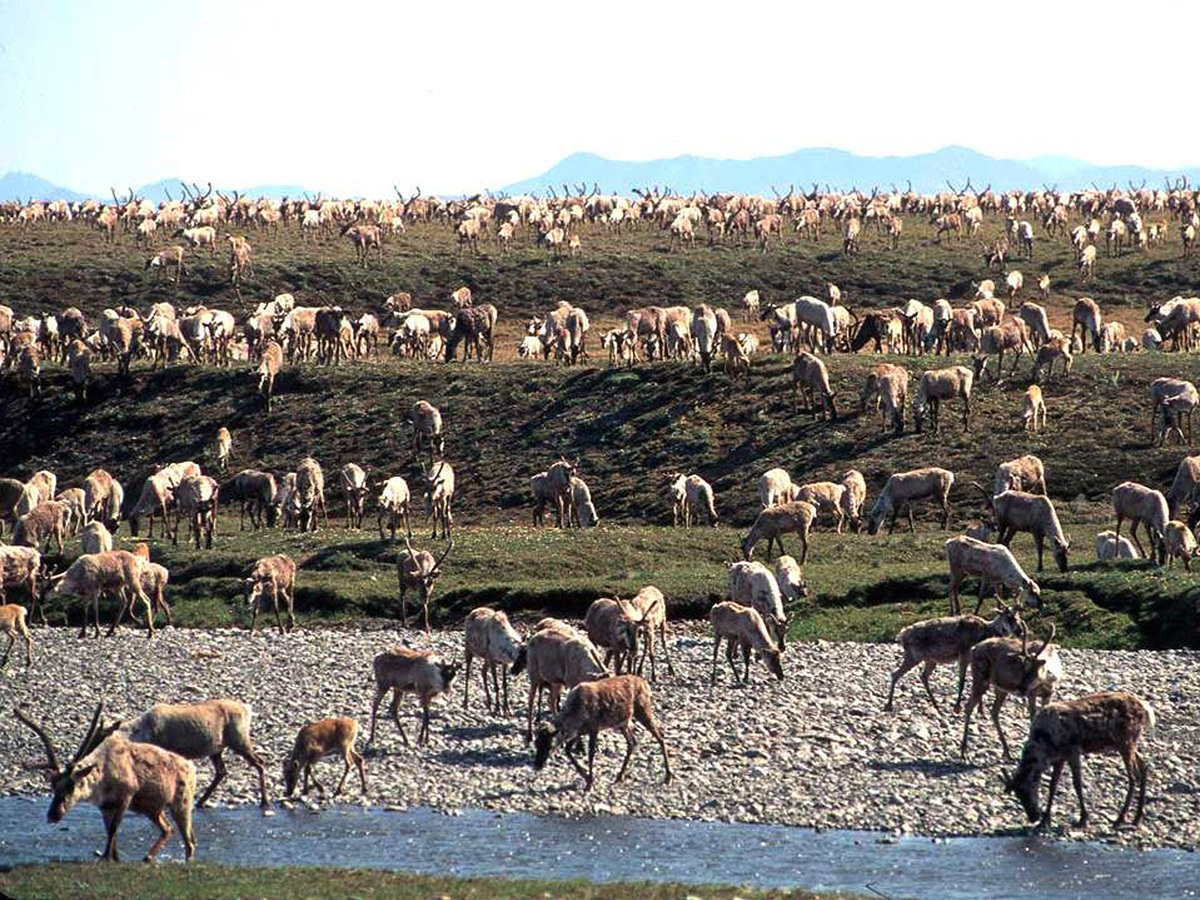 The Trump administration has taken another step toward selling leases to drill oil in the Arctic National Wildlife Refuge. In this photo from the U.S. Fish and Wildlife Service, caribou migrate onto the coastal plain of the refuge in northeast Alaska.

One year after Congress voted to allow oil development in the Arctic National Wildlife Refuge, the Trump administration has taken another step towards making it happen.

The Interior Department Thursday announced it is releasing the draft environmental impact statement for an oil leasing program in the refuge's Coastal Plain.

When finalized, the environmental review will guide where and how oil leasing should happen in the Coastal Plain, also known as the 1002 area, a 1.6-million-acre portion of the refuge.

Republicans had tried and failed for decades to open up the area for drilling, so it was a major victory when they managed it with the Tax Cuts and Job Acts of 2017. It requires that each lease sale in the Coastal Plain should offer "not fewer than 400,000 acres" up for bid to oil companies.

Many Alaskans support drilling in ANWR, as it's known. The oil and gas industry is a major contributor to the state's economy.

But conservation groups and the Alaska Native Gwich'in leaders strongly oppose it, arguing that any oil development would threaten one of the most pristine landscapes in the country, and a crucial habitat for polar bears, migrating birds, and especially the Porcupine caribou herd.

Interior Department officials say the alternatives laid out in the draft environmental impact statement are intended to protect the calving grounds for the porcupine caribou herd.

But Lois Epstein of the Wilderness Society in Anchorage says she was surprised by how much acreage could potentially be put up for oil leasing.

"In no way can we argue that this is going to be protective of the wildlife there," she says. "The caribou that arrive there every summer after they've been calving are going to encounter enormous amounts of infrastructure. It's devastating."

Arctic National Wildlife Refuge Battle Ends, But Drilling Not A Given

In a call with reporters, top Interior official Joe Balash said the oil leasing scenarios include protections for the Porcupine caribou herd's calving habitat. He emphasized that Interior consulted with Alaska Native communities while developing the draft, and he personally met with Gwich'in representatives.

Alternatives laid out in the draft envision nearly all of the 1.6 million-acre coastal plain being offered for oil leasing. But Interior says at any given time, no more than 2000 surface acres could actually contain infrastructure.

The Trump administration is pushing to hold an oil lease sale in the refuge's 1002 area next year. A 45-day public comment period on the draft will begin on December 28. The Interior Department will hold a series of public meetings before it finalizes the environmental impact statement.

But potential lawsuits and resistance in the incoming Democratic controlled U.S. House might slow down the process. Oil development plans would also require more approvals, so any oil production isn't likely for at least a decade.