Accessibility links
Altria Buys 35 Percent Stake In E-Cigarette Maker Juul The $12.8 billion deal gives the parent company of Philip Morris a way to hedge its bets as U.S. cigarette smoking declines. And it gives Juul a powerful partner as it faces scrutiny over teen vaping. 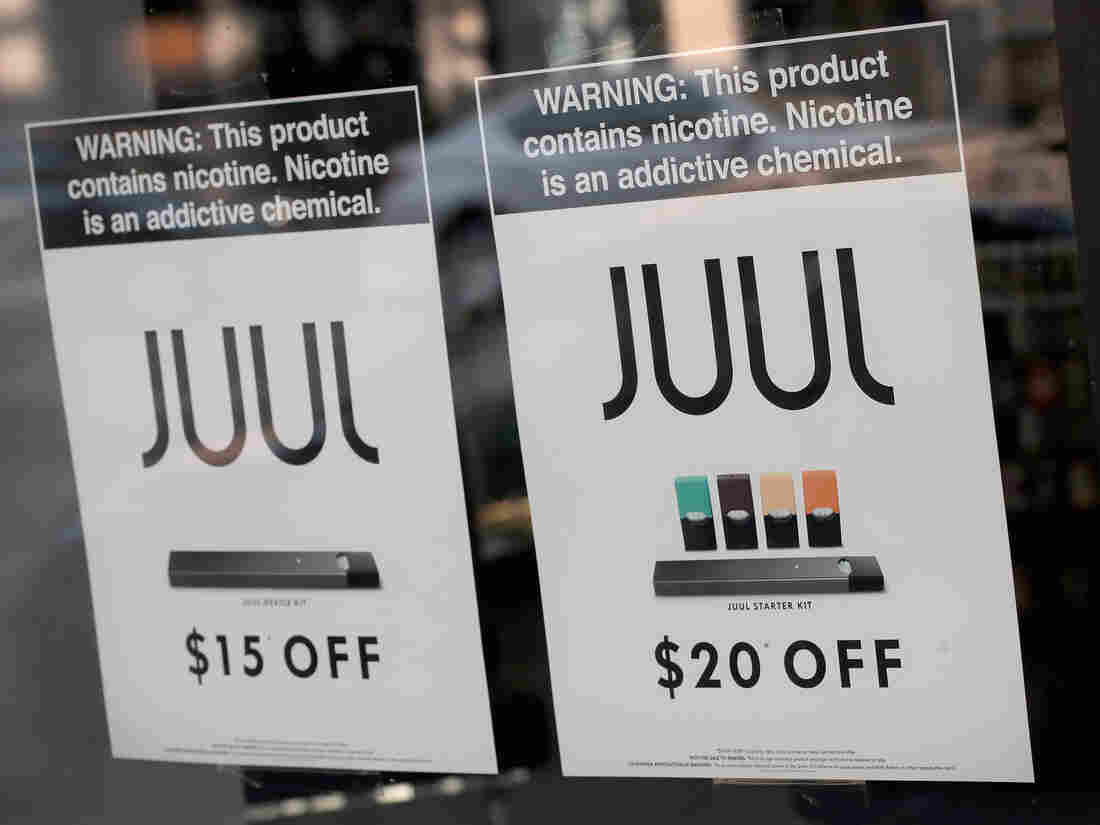 Signs in a Chicago shop window advertise e-cigarettes and pods from Juul in September. Altria, the parent company of Philip Morris, announced Thursday it would buy a 35 percent stake in the company. Scott Olson/Getty Images hide caption 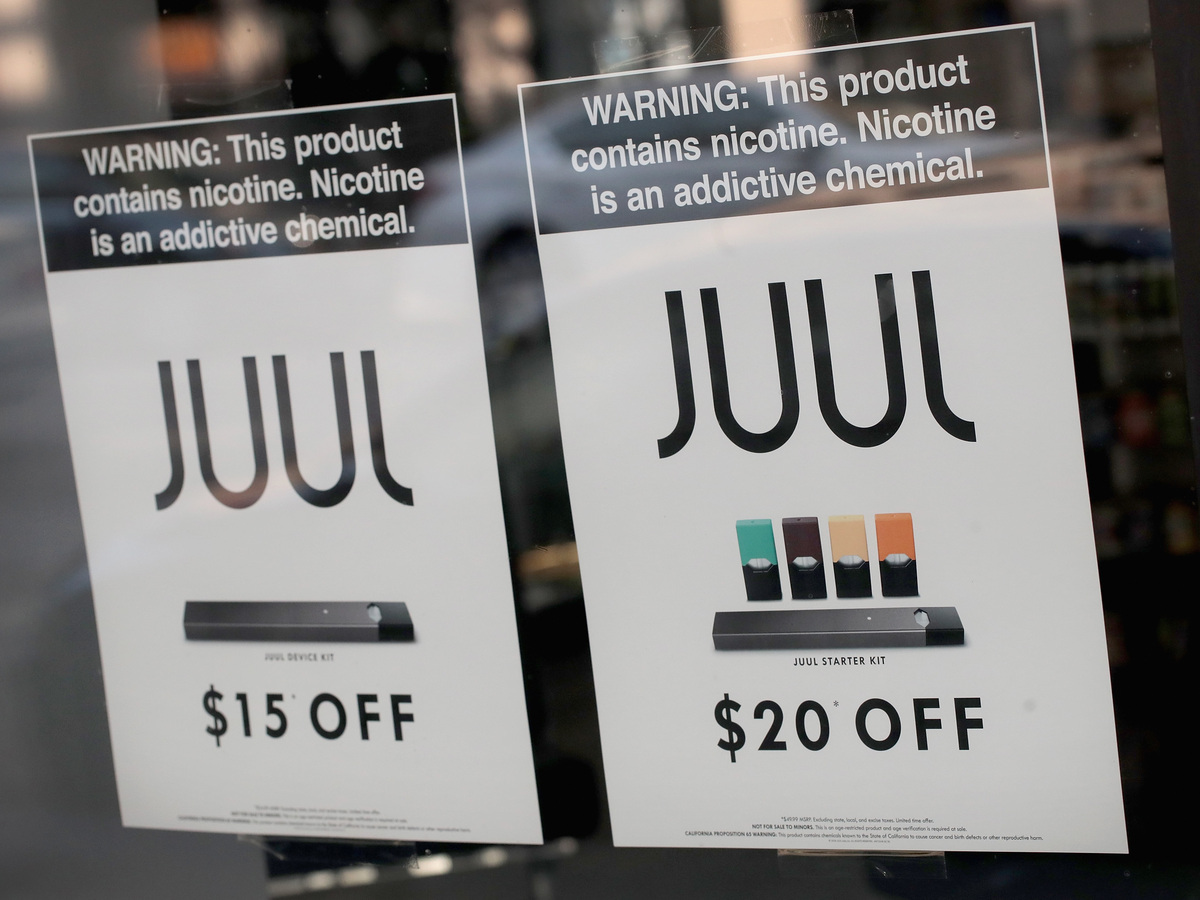 Signs in a Chicago shop window advertise e-cigarettes and pods from Juul in September. Altria, the parent company of Philip Morris, announced Thursday it would buy a 35 percent stake in the company.

Altria, the leading U.S. cigarette manufacturer, announced Thursday it will make a $12.8 billion investment in e-cigarette maker Juul – giving it a 35 percent stake in what had been perhaps its most worrisome competitor.

The move allows Altria, which is the parent company of Philip Morris, to hedge its bets on the future of nicotine, as cigarette smoking declines in the U.S.

"Today, we have been joined by an unlikely – and seemingly counterintuitive – investor in our journey," Juul Labs CEO Kevin Burns said in a press release that seemed crafted to address a tide of criticism.

"We understand the controversy and skepticism that comes with an affiliation and partnership with the largest tobacco company in the US," Burns wrote. "We were skeptical as well. But over the course of the last several months we were convinced by actions, not words, that in fact this partnership could help accelerate our success switching adult smokers."

Juul's USB drive-shaped devices have quickly reshaped the market since they launched in 2015. The press release makes repeated mention of adult smokers – no accident, in a week when Juul was called out by name by the U.S. Surgeon General in an advisory declaring youth e-cigarette use an epidemic.

That warning noted with alarm that Juul had experienced a 600 percent surge in sales from 2016 to 2017, and that its products present a number of risks for young people:

"All JUUL e-cigarettes have a high level of nicotine. A typical JUUL cartridge, or 'pod,' contains about as much nicotine as a pack of 20 regular cigarettes. These products also use nicotine salts, which allow particularly high levels of nicotine to be inhaled more easily and with less irritation than the free-base nicotine that has traditionally been used in tobacco products, including e-cigarettes. This is of particular concern for young people, because it could make it easier for them to initiate the use of nicotine through these products and also could make it easier to progress to regular e-cigarette use and nicotine dependence. However, despite these risks, approximately two-thirds of JUUL users aged 15-24 do not know that JUUL always contains nicotine."

As part of the deal, Altria will give Juul access to its valuable retail shelf space, meaning Juul products will be sold alongside brands like Marlboro, Parliament and Virginia Slims.

Juul's popularity among teens has led to scrutiny over whether the company targeted its marketing to them. The company has changed the names of some of its flavors ("creme" instead of "crème brûlée," "cucumber" rather than "cool cucumber") and now requires its models to be over 35. The company also deleted its social media accounts.

"Altria has no interest in reducing the number of people who smoke cigarettes," the group's president, Matthew Myers, said in a statement. "They see Juul as their failsafe in case the cigarette market keeps declining so that they remain profitable no matter what happens. Altria's interests are served by maximizing sales and profits from both the cigarette and e-cigarette markets, and they have every reason to push Juul to market its products in a way that does the least damage to the cigarette market."

The New York Times notes that the deal also gives Juul access to Altria's powerful lobbying and regulatory force. The F.D.A. has said it intends to create new regulations requiring traditional cigarette makers to reduce the amount of nicotine in their products.