Accessibility links
Reconnecting 10 Years Later 'Was The True Test Of Friendship And Time' Jeanne Satterfield and Barbara Parham landed in a tight spot after each lost their homes. The two were each other's anchor during a pivotal life transition in a Boston homeless shelter. 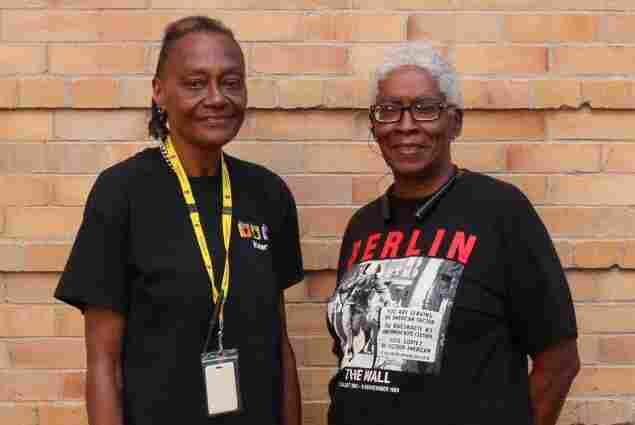 Jeanne Satterfield, left, and Barbara Parham, stand in front of Boston's Pine Street Inn homeless shelter in October, where they reconnected for the first time in a decade. They plan to return to the shelter next week to help out for the holidays. Jud Esty-Kendall/StoryCorps hide caption 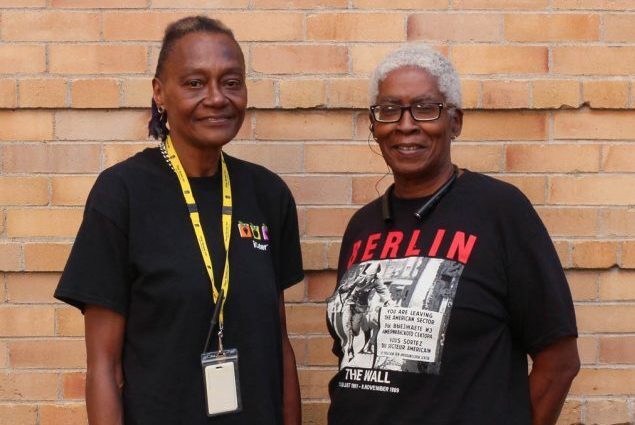 Jeanne Satterfield, left, and Barbara Parham, stand in front of Boston's Pine Street Inn homeless shelter in October, where they reconnected for the first time in a decade. They plan to return to the shelter next week to help out for the holidays.

Last year, friends Jeanne Satterfield and Barbara Parham reconnected for the first time in a decade at a place neither of them expected to be — a homeless shelter.

On a visit to StoryCorps in October, Satterfield and Parham recall how reuniting at the Pine Street Inn, a shelter in Boston, couldn't have come at a better time.

"When I came through the door, I was scared to death," says Satterfield, now 62. "I didn't know what to do. I had never been homeless before."

For years, Parham had been caring for and living with her ill mother. When her mom died, Parham wasn't allowed to stay there anymore. Satterfield had to give up her apartment after losing her job, and also found herself without a home.

Satterfield arrived at the shelter last July, a few months after Parham.

"But I remember seeing your face," Satterfield tells Parham. "I was shocked. I go, 'Barbara!' and I waved to you. People were really astonished cause they said, 'Oh, you two know each other.' I said, 'We go way back.' "

The pair first met in the 1990s. And as sometimes happens with friendships, they lost touch over the years.

Listen To The Full StoryCorps Episode: Barbara And Jeanne

"From that day, my whole life just felt easier," says Parham, 57. "It helped me to be able to talk to somebody, believe it or not, who was like me."

During the few months they spent together at the shelter the friends had each other's backs.

"We were like big sister-little sister, sounding board, coach, therapist, for each other the whole time," Parham says.

While at the shelter they discussed getting an apartment together, but brushed the idea aside, figuring as middle-aged women, they'd really prefer to live alone. But they soon realized living without a roommate wasn't realistic for them.

"We're both in the same position," Parham says. "We both need each other."

Satterfield says it was important to her to share the space she calls home.

"I just wanted to feel a part of a home, not feel as though this is my home, this is your home — it's our home," she says. "So, we were able to get a place together."

Parham says, "What I did learn is you don't have to be alone. And meeting that day in that shelter, honestly I felt like, for once, divine intervention was in my favor."

A program at the shelter helped Satterfield and Parham with the first few months of rent until they found stable footing.

"I don't know where I would be if you and I didn't run into each other at the shelter," Satterfield says.

Parham agrees. "This was a true test of friendship and time," she says. "And we've still had each other's back."

"We've come a long way and I can't fathom my life without you," Satterfield says.