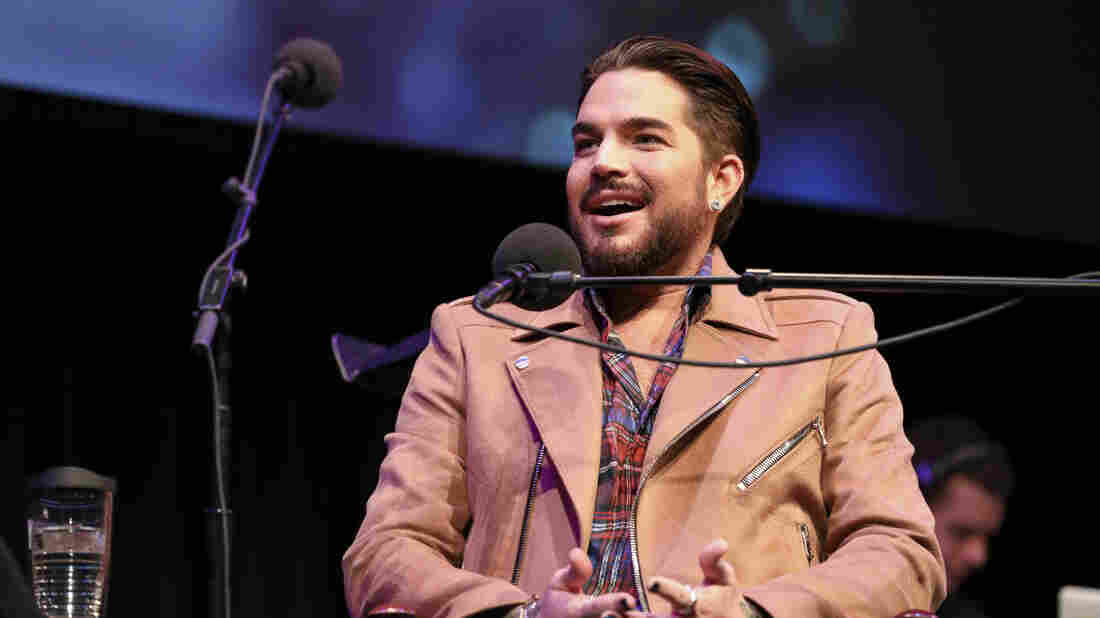 Adam Lambert appears on Ask Me Another at the Balboa Theatre in San Diego, California. Mike Katzif/NPR hide caption 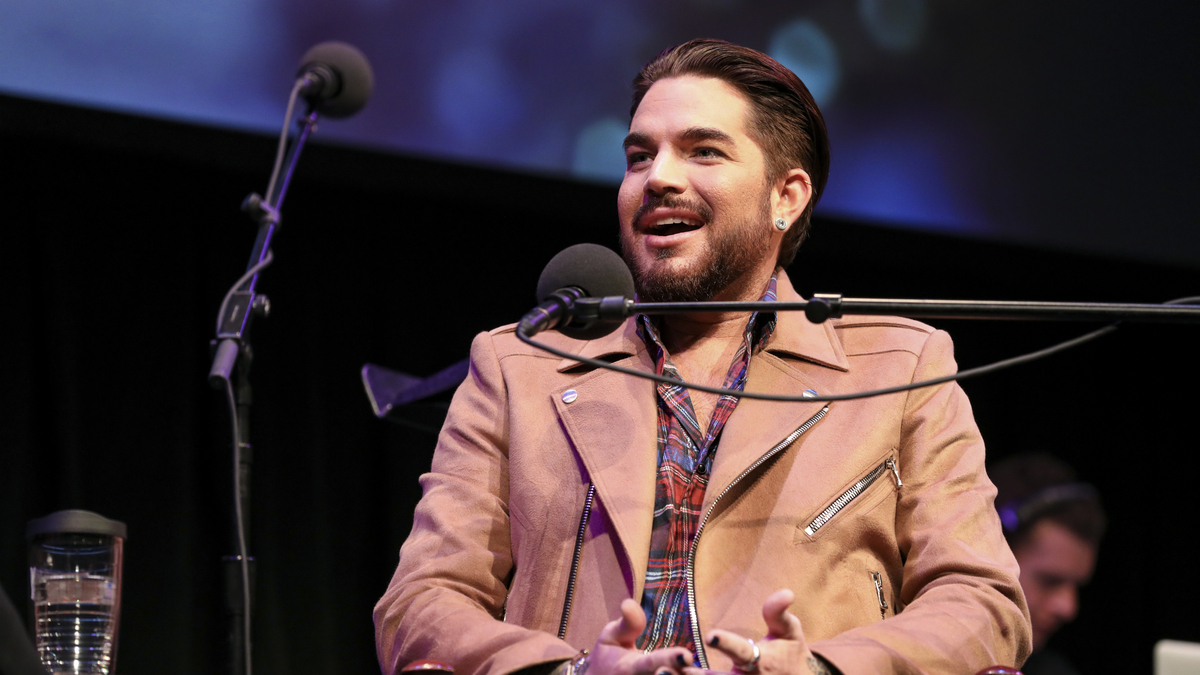 Adam Lambert appears on Ask Me Another at the Balboa Theatre in San Diego, California.

For Adam Lambert, performing has always been an innate pursuit. Doing "sheet drag" at home as a child was only the beginning of what became a lifetime of concerts and productions. What is sheet drag? "It's taking your bedsheets and making a garment out of [them]. Notably, a strapless gown, or a cape, or palazzo pants," Lambert explained Ophira Eisenberg, host of NPR's Ask Me Another, at the Balboa Theatre in San Diego. "There's a lot you can do with one giant piece of fabric, and of course mine, when I was a teenager, was leopard print. I mean who doesn't love leopard print? Timeless pattern."

Now a Grammy Award-nominated singer and songwriter who performs all over the world — sometimes still in leopard print — Lambert made his debut as a contestant on season eight of the television singing competition, American Idol. "I was really nervous because I knew the weight of it," he recalled. "I knew that this was something that could potentially change everything." 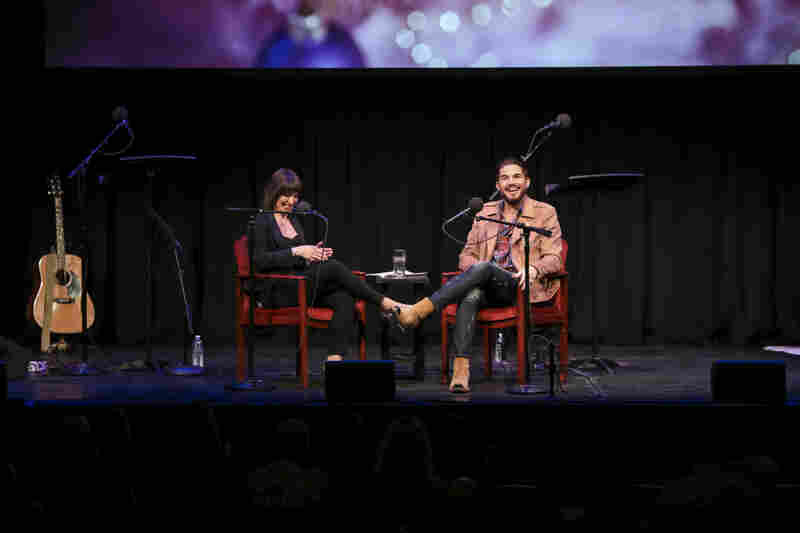 Host Ophira Eisenberg talks to Adam Lambert on Ask Me Another at the Balboa Theatre in San Diego, California. Mike Katzif/NPR hide caption 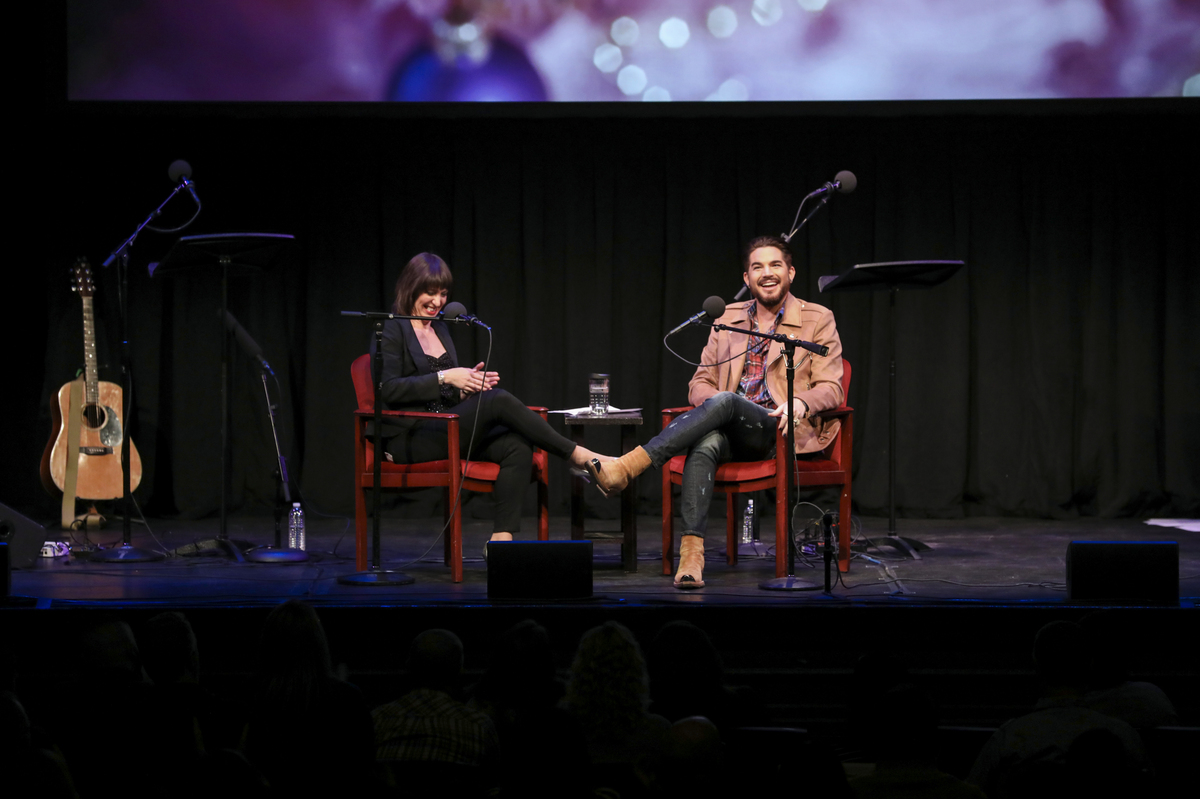 Host Ophira Eisenberg talks to Adam Lambert on Ask Me Another at the Balboa Theatre in San Diego, California.

As a fan of the show, Lambert was aware of how the producers would shape the contestants' personas to their liking. "Each person kind of has their own wheelhouse or their own demographic or genre of music," he said. "And I realized... 'Oh, I'm the rocker, that's where they've put me.'" This became clear when he sang a Michael Jackson song for his audition and was left with some confused judges.

"I was like, 'Well, I can do anything you want! What else do you want, what do you wanna hear?" Lambert said he scrambled to find something else in his repertoire, and came up with "Bohemian Rhapsody," by Queen. "A light bulb, I could see it go off on the top of all their heads." The judges put him through to the next round.

However, leading up to the show's finale, controversy unfolded. Photos of him kissing an ex-boyfriend months prior were released, at a time when he hadn't yet come out to the public. "The blogs started writing about it, and I got asked about it on the carpet: 'So, we see these pictures of you?' And I'm like, 'Yeah, that's me. I'm kissing a dude.'" Lambert said that once his season began taping, contestants were longer allowed to speak to the press, so he decided to put all of his energy into his singing performances.

With the competition over, the conversation in the press surrounding Lambert's sexuality was heating up again. "It was so strange because I came out to my family and all my friends at the age of 18...[they were] really supportive and I was in an industry that supported it." Lambert recalled feeling intimidated and scared about coming out to the public, but that it could also mean something to a lot of people. "We were like, 'Let's do this the right way, let's save it for a publication that we know will cover this the right way, fairly and in a very liberal light.'" Lambert told his story to Rolling Stone, which featured him on the cover. It was the magazine's highest-selling issue of 2009.

During American Idol's season finale, Lambert's connection with Queen came full circle when he sang "We Are the Champions" alongside original band members, Brian May and Roger Taylor. "We all kind of looked at each other, and there was something good in the air, some good vibes." After that, the two camps went their separate ways: Lambert came in second place in the competition overall, and later that same year, he released his first studio album, For Your Entertainment.

Two years later, Lambert crossed paths with Queen again when the band asked him to be the frontman for its performance at the 2011 MTV Europe Music Awards. With clear musical chemistry between the bandmates, Lambert was invited to become a more permanent fixture, when, less than a year later, Queen performed a concert in Kiev.

Still collaborating with Queen today, Lambert explained his approach to filling in for the late Freddie Mercury involves wearing heels and costumes, and a shared love of stage theatrics — but the similarities end there. "In talking to Brian May and Roger Taylor, it became very obvious to me very quickly, 'We're not looking for an imitator, we do not want an impersonation of Freddie.' That would be tacky." They encouraged him to be himself and carve out his own path.

Over the years, Lambert said he and the band have evolved as a unit. "We can look at each other now on stage and have like shorthand just with a look. Now it feels like it's in my body, which is so cool, to be able to get on stage and still have that freedom."

For his Ask Me Another challenge, Lambert answered trivia questions about other Rolling Stone cover stars from 2009.

Heard on Adam Lambert And Tony Hawk: A California Christmas