Accessibility links
Parkour Resists 'Hostile Takeover' By International Gymnastics An art as much as it is a sport, parkour's urban ethic is one of bold, practiced risk-taking. Now its adherents say it is having to fight against encroachment by powerful interests. 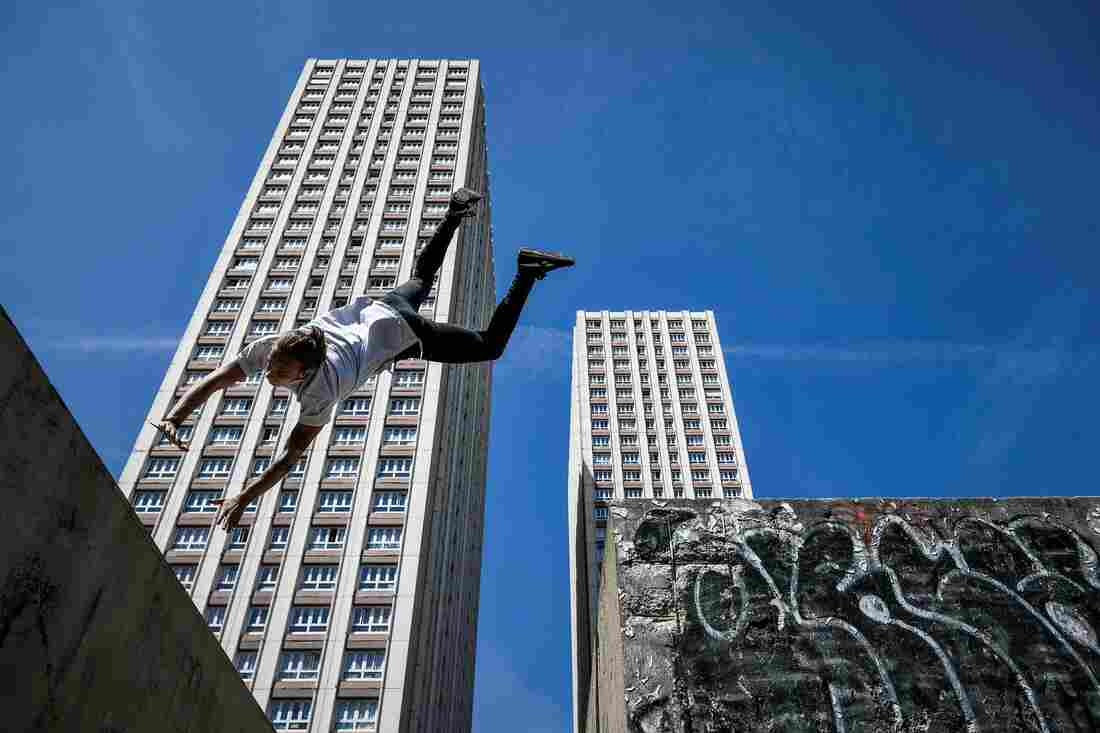 Many in the parkour community are resisting attempts by the International Gymnastics Federation to bring the sport under its umbrella. Here, Johan Tonnoir practices parkour in Paris in May. Philippe Lopez/AFP/Getty Images hide caption 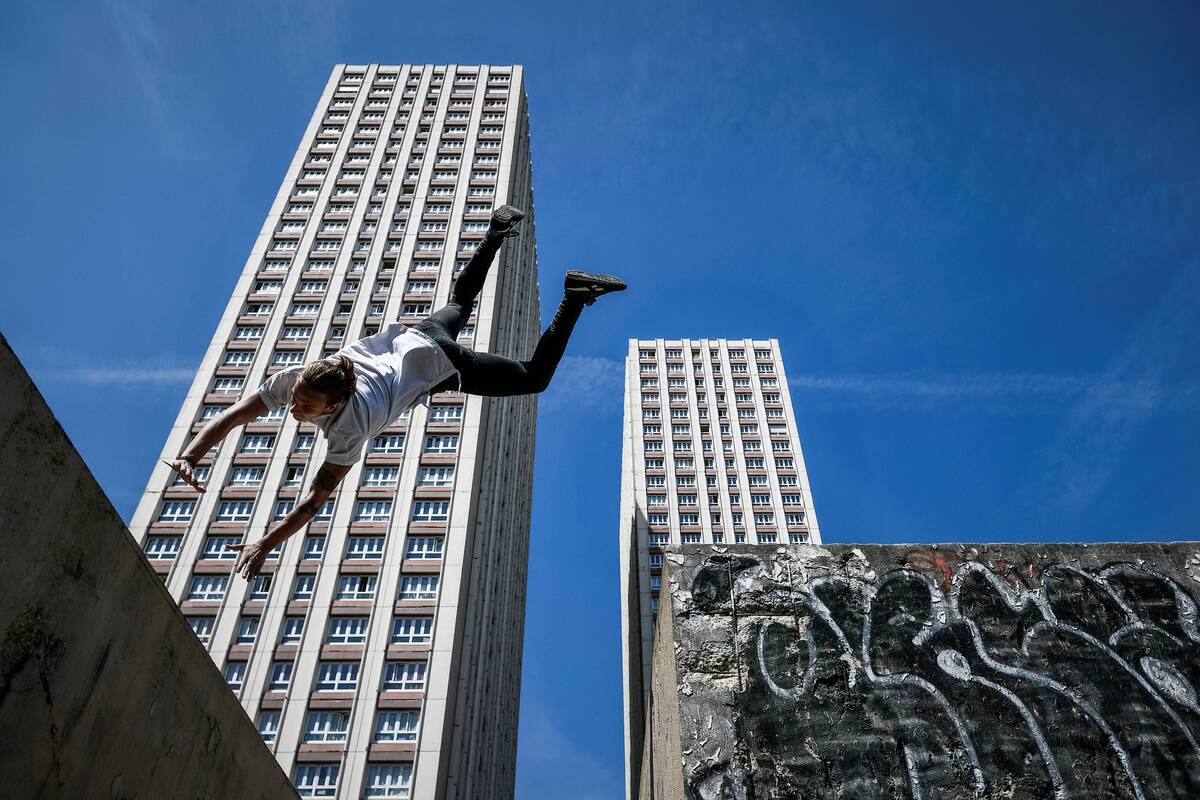 Many in the parkour community are resisting attempts by the International Gymnastics Federation to bring the sport under its umbrella. Here, Johan Tonnoir practices parkour in Paris in May.

Since its beginnings in the 1980s in France, parkour has been sporty – but not exactly Olympic sporty.

Parkour and its cousin freerunning involve scaling urban obstacles and using the city as a playground. Its adherents, called traceurs and traceuses, bound railings, climb walls, and leap across terrifying expanses.

But now parkour, emblematic of freedom and practiced risk-taking, is fighting for its autonomy — from the gymnastics establishment.

Earlier this month, the International Gymnastics Federation (the FIG, for its French appellation) voted to make parkour one of its official disciplines. The FIG has been moving quickly to make parkour its own. It staged two Parkour World Cup events this year in Japan and France, and announced plans for a Parkour World Championships in 2020. The group intends to lobby the International Olympic Committee to include parkour in the 2024 Olympics, as a discipline of gymnastics, The Associated Press reports.

All of this has sparked resistance among some of parkour's founders and practitioners.

David Belle, considered to be the inventor of parkour, was recruited to be on the FIG's Parkour Commission. But he soon quit, followed by four others who wrote an open letter complaining that the FIG is "trying to trying to go fast with very little or no transparency, no involvement of the international parkour community or national communities."

“The implementation is trying to go fast with very little or no transparency, no involvement of the international parkour community or national communities”

“We see problems that worries us for the future of parkour” pic.twitter.com/8iSjlPcakH

Members of the parkour community have been voicing its displeasure on Twitter using the hashtag #WeAreNOTGymnastics.

"Now THIS, Internet, is what cultural appropriation looks like," wrote one. "Running and climbing and jumping is life, not 'regulated', corporate owned sport."

"No other community has the right to make decisions for us," tweeted New Zealand Parkour.

The group's CEO, Eugene Minogue, called the FIG's maneuvering "the equivalent of a hostile takeover."

"They are completely whitewashing our sport, its integrity, its history, its lineage, its authenticity," he told the AP — which notes that Olympic sports have absorbed their more youthful upstarts before, as skiing did with snowboarding.

Gymnastics' governing bodies have been on the defensive after the drubbing they they took their handling of the Larry Nassar sexual abuse scandal. But the FIG's aggressive attempt to bring parkour into its fold may not turn out to be as easy a win as they'd hoped.