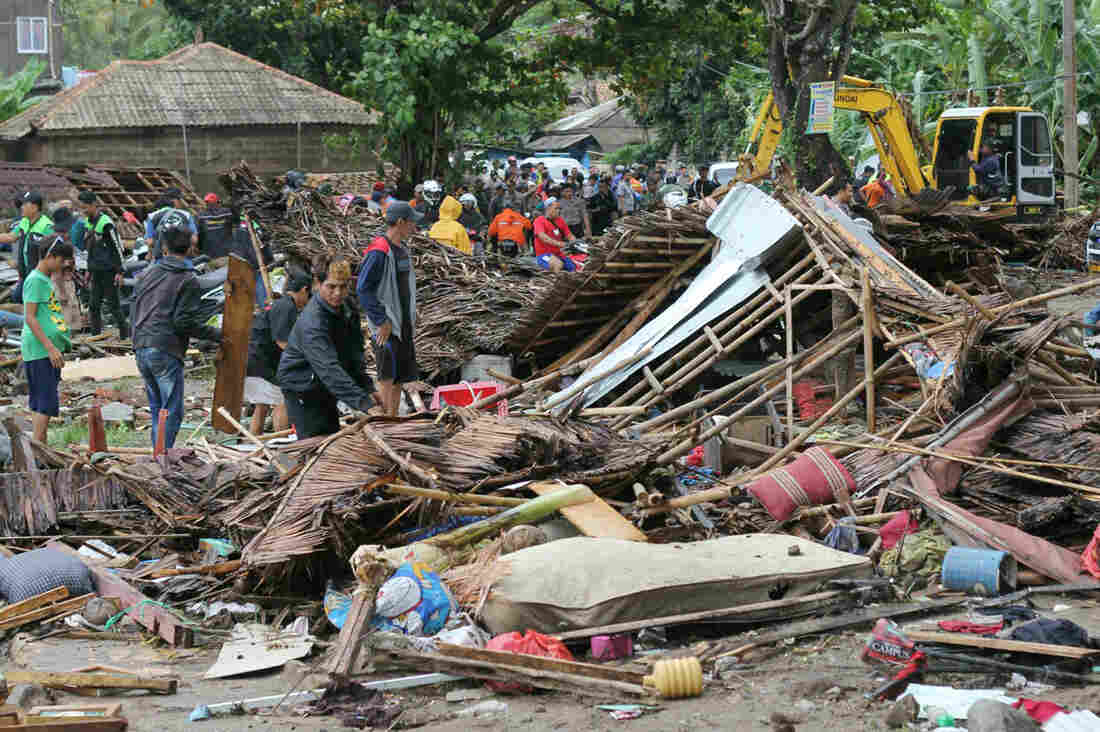 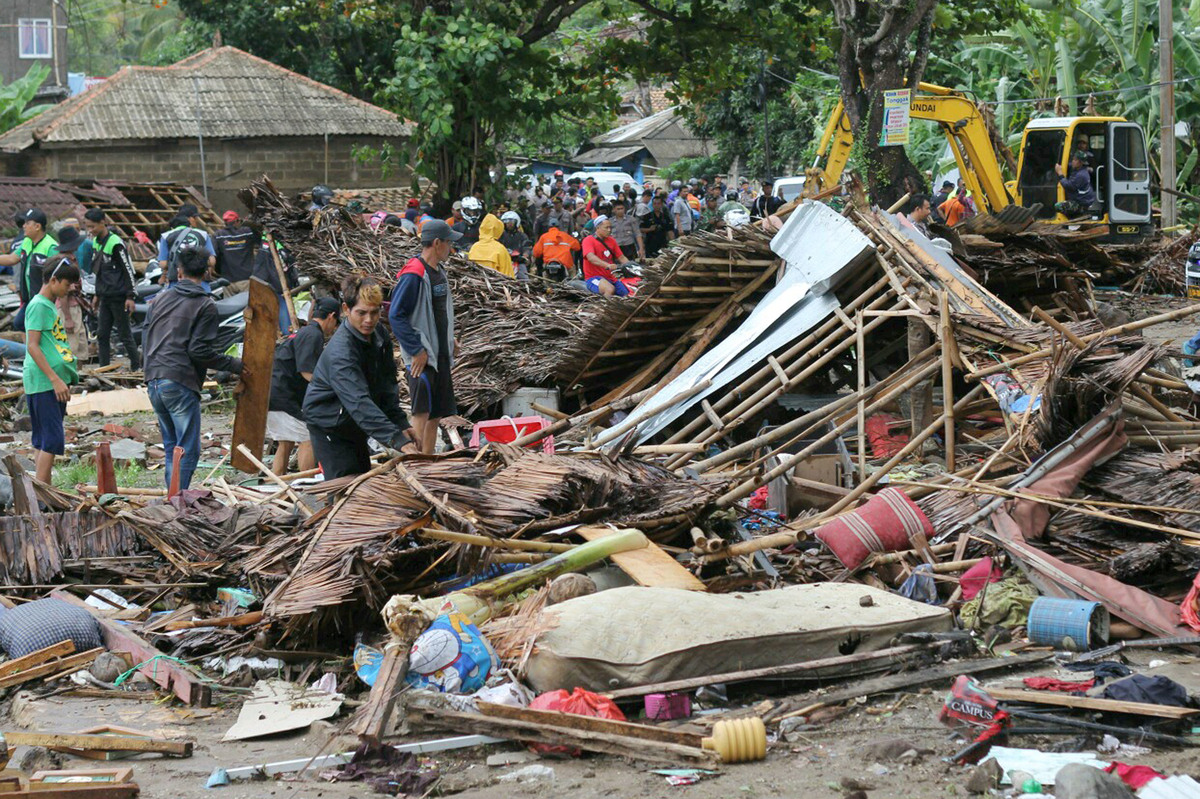 Residents inspect a house damaged by a tsunami, in Carita, Indonesia. The tsunami, which struck late Saturday, killed scores of people.

At least 281 people are dead and more than 1,000 are missing or injured, The Associated Press reports, after a tsunami struck Indonesia late Saturday night local time.

The death toll is expected to rise.

Officials there are blaming the tsunami on underwater landslides caused by volcanic activity on the island of Anak Krakatau, which erupted just after 9 p.m. local time. The tsunami struck around the Sunda Strait, between Java and Sumatra, the two most populous islands in Indonesia.

Footage shared by news outlets and social media show a wave hitting a seaside concert by Indonesian pop rock band Seventeen at a resort on Java, washing away the stage and many people along with it.

NPR's Michael Sullivan told host Lulu Garcia-Navarro on Weekend Edition that the tsunami was small, with reports of its height between 3 and 7 feet.

"But on the other hand, it's a very populous island, Java, and Sumatra is also populous in that region, and people tend to build close to the beach," Sullivan said. "So even a small wave, if it's forceful enough, causes the damage we saw in that video."

Red Cross volunteers are helping rescue survivors and recover bodies in Sumatra and Java, according to the International Federation of the Red Cross.

Driving past debris from the impact zone of the tsunami in #Anyer. Many local houses are damaged. Note also the wierd color of the sea, never seen it like that. #Indonesia #Tsunami pic.twitter.com/c5ryey6ElO

Norwegian photographer Øystein L. Andersen was capturing images of Anak Krakatau from the beach when the tsunami hit, he said on Facebook.

"I had to run, as the wave passed the beach and landed 15-20m inland," he wrote. "Managed to evacuate with my family to higher ground trough forest paths and villages, where we are taken care of my the locals. Were unharmed, thankfully."

The 1883 eruption of nearby Krakatoa killed more than 30,000 people. Anak Krakatau, the "son of Krakatoa," emerged from the spot where the island of Rakata had been before that eruption.

Anak Krakatau has seen a series of minor eruptions for several months.

An earthquake and tsunami struck the Sulawesi island city of Palu in September, killing more than 1,700 people.

The 2004 Indian Ocean tsunami, which was triggered by an earthquake, killed about 226,000.