Accessibility links
Zoox Inc. Snags First California Permit To Transport Passengers In Self-Driving Cars The Silicon Valley-based company will offer ride services in its autonomous vehicles, with the supervision of a certified driver. One catch: it's not allowed to charge money. 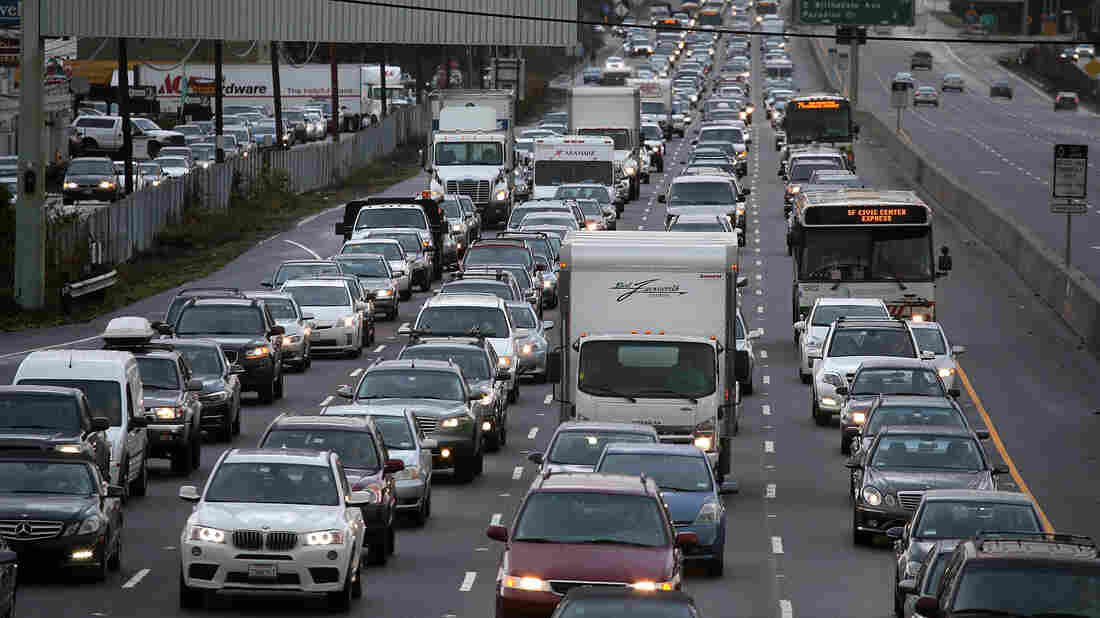 Bay Area-based Zoox Inc has received approval from California to transport passengers in its autonomous vehicles. It's the first permit handed out by the state as part of a pilot program for self-driving cars. Justin Sullivan/Getty Images hide caption 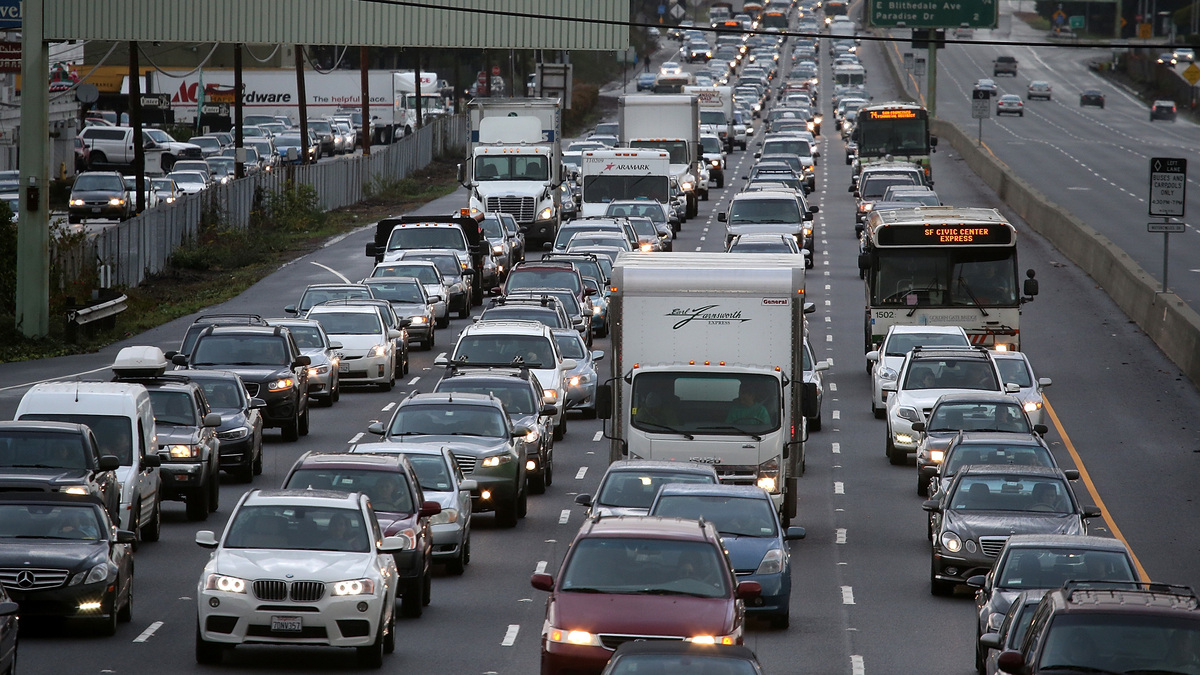 Bay Area-based Zoox Inc has received approval from California to transport passengers in its autonomous vehicles. It's the first permit handed out by the state as part of a pilot program for self-driving cars.

Self-driving cars, once a futuristic projection, have already become old news in California. More than 60 companies currently hold permits to test autonomous vehicles, according to the state's Department of Motor Vehicles.

But on Friday, California passed a new milestone when it allowed one self-driving car startup, Zoox Inc., to transport passengers for the first time.

Zoox received its permit under a pilot program launched in April by the California Public Utilities Commission, or CPUC.

"This is a really, really significant milestone as we head towards commercial launch, which we have stated is toward the end of 2020," Bert Kaufman, head of corporate and regulatory affairs at Zoox, told Reuters.

There are a few catches. Zoox can't charge for the trips, and each autonomous vehicle, or AV, has to have a certified backup driver.

A sister program launched by the commission will eventually allow self-driving cars in California to transport passengers without a backup driver. For now, Zoox is the only company operating under either program.

Self-driving cars could disrupt entire sectors of the economy, according to Sam Schwartz, the former New York City traffic commissioner and author of the book "No One At The Wheel: Driverless Cars and the Road of the Future."

"I think everybody is expecting fewer drivers, and that's no surprise," Schwartz told NPR's Terry Gross in a recent interview. "But it also means that there are probably going to be fewer repair shops. ... AVs lend themselves to fleet operations, especially if they're going to be offering rides, as opposed to selling maximum vehicles, so car dealerships may disappear."

He suggested that trucking companies could lose business, but the advertising industry might thrive as riders are increasingly freed up to divert attention from the road to their smart devices.

Should Self-Driving Cars Have Ethics?

Some researchers argue that autonomous vehicles can be trained to be safer than human drivers. Other experts say the limited data available from self-driving cars hampers any attempts at comparison.

Either way, self-driving cars are already a growing presence on public roads. The Global Atlas of Autonomous Vehicles in Cities is tracking at least 80 cities that are piloting autonomous vehicles, or are planning to test them. These fleets of vehicles are collecting data and navigating the practical problems of driving in cities. A video from Zoox shows one of its cars surpassing a parked vehicle on a narrow San Francisco street.

Double-parked vehicles (DPVs) are everywhere in San Francisco; classifying and successfully navigating around them in realtime can be a challenge for autonomous vehicles. Check out how Zoox handles them in these examples: pic.twitter.com/iOfCytBeKv

Waymo also launched a passenger service in Phoenix earlier this month. The service, Waymo One, charges its customers for fully automated rides. In some cases, the company's cars are already operating without a backup driver.