Accessibility links
Compassion | Hidden Brain The adage "be kind to others" is simple enough that even young children can understand it. But that doesn't mean adults always remember the importance of being kind or understand how compassion might affect them. This week, we look at the science of compassion, and why doing good things for others can make a big difference in your own life. 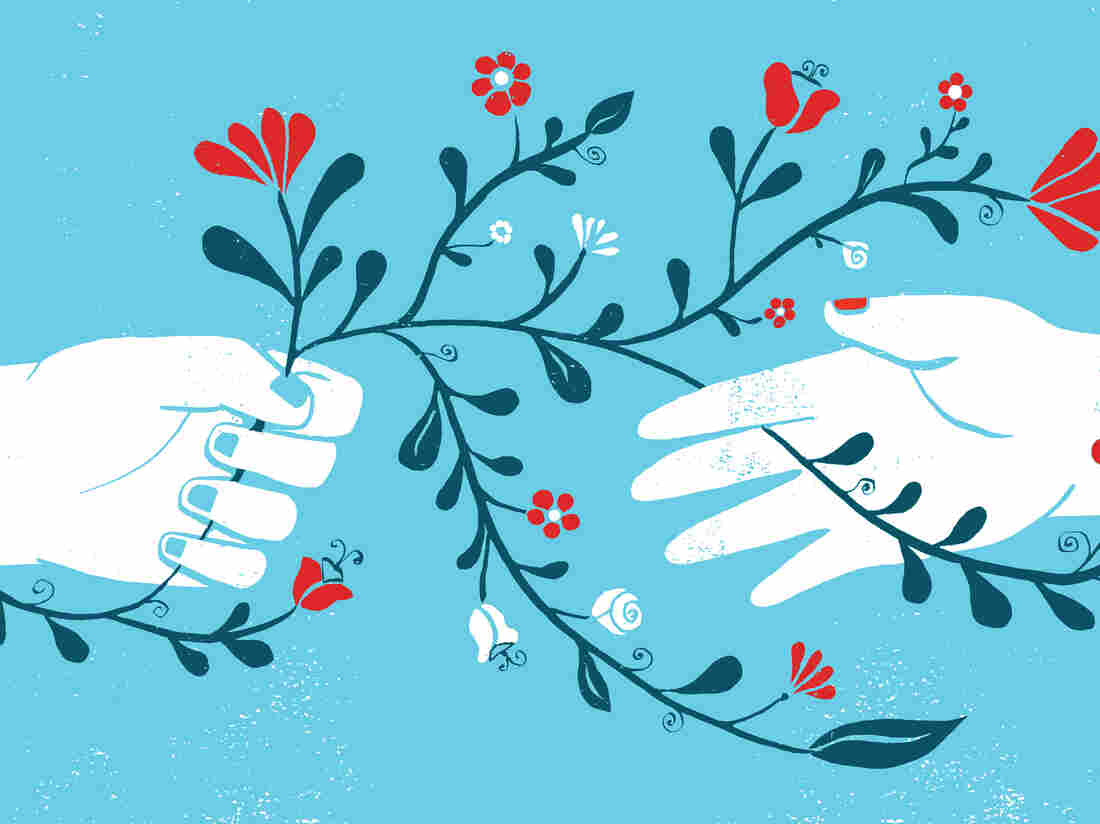 "Compassion is contagious," Professor Scott Plous says. "We talk about paying it forward; the idea that if you do something good for another person [...] it sets off a kind of chain reaction." Hanna Barczyk for NPR hide caption

"Compassion is contagious," Professor Scott Plous says. "We talk about paying it forward; the idea that if you do something good for another person [...] it sets off a kind of chain reaction."

Plenty of people learn about ideas in psychology, but Kellie Gillespie, a writer based in London, did something unusual. She took what she had learned in the class, and applied it in her own life.

The course was in social psychology, taught by Scott Plous of Wesleyan University. Hundreds of thousands of other people enrolled in the same online course.

Kellie and her virtual classmates were exposed to psychological concepts such as the norm of reciprocity: if you're nice to someone, or you open up to them, they're likely to do the same with you. They also learned about the power of empathy: when you put yourself in someone else's shoes, it profoundly changes the relationship you have with them.

The ideas in the course carried into Kellie's life in London. Kellie was spending a lot of time at the British Library, and she often noticed the same young man on the street nearby. She could tell he was homeless. It started simply, with Kellie giving the man whatever spare change she had. But after a couple of months, she wanted to do more.

This week on Hidden Brain, we look at the science of compassion and how acts of kindness can transform both the giver and receiver.

Hidden Brain is hosted by Shankar Vedantam and produced by Parth Shah, Jennifer Schmidt, Rhaina Cohen, Thomas Lu, Laura Kwerel, and Camila Vargas Restrepo. Our supervising producer is Tara Boyle. You can also follow us on Twitter @hiddenbrain, and listen for Hidden Brain stories each week on your local public radio station.