Accessibility links
Rerouted Cruise Ship Rescues 2 Fishermen Stranded In The Caribbean The Empress of the Seas was headed for Cuba, but changed its course for Jamaica due to weather. That's how it ended up in the path of two fishermen from Costa Rica who had been adrift for 20 days. 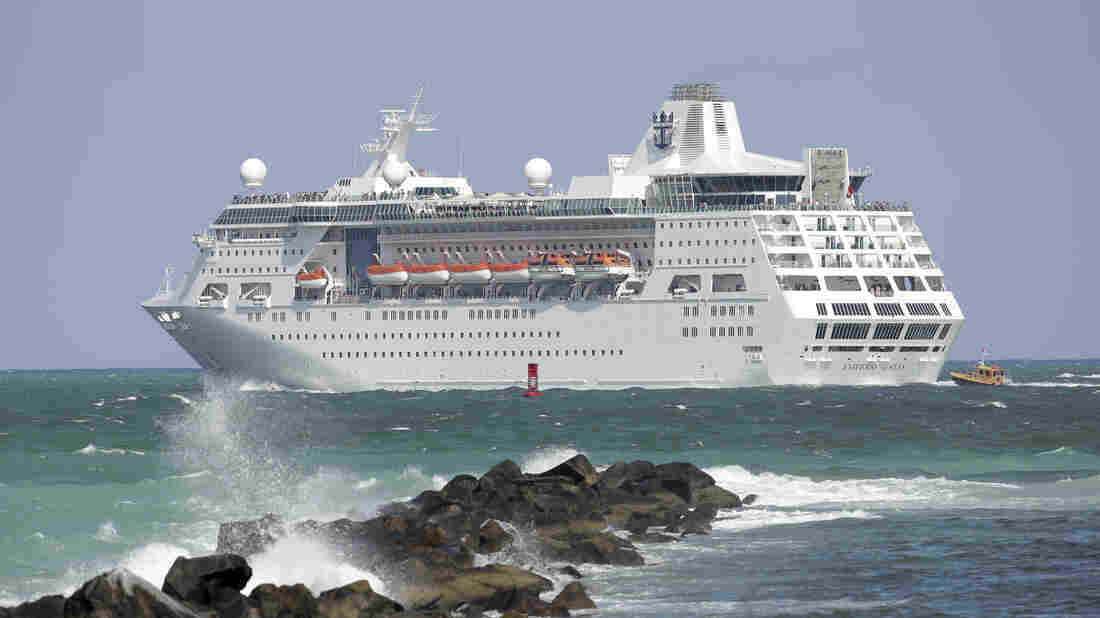 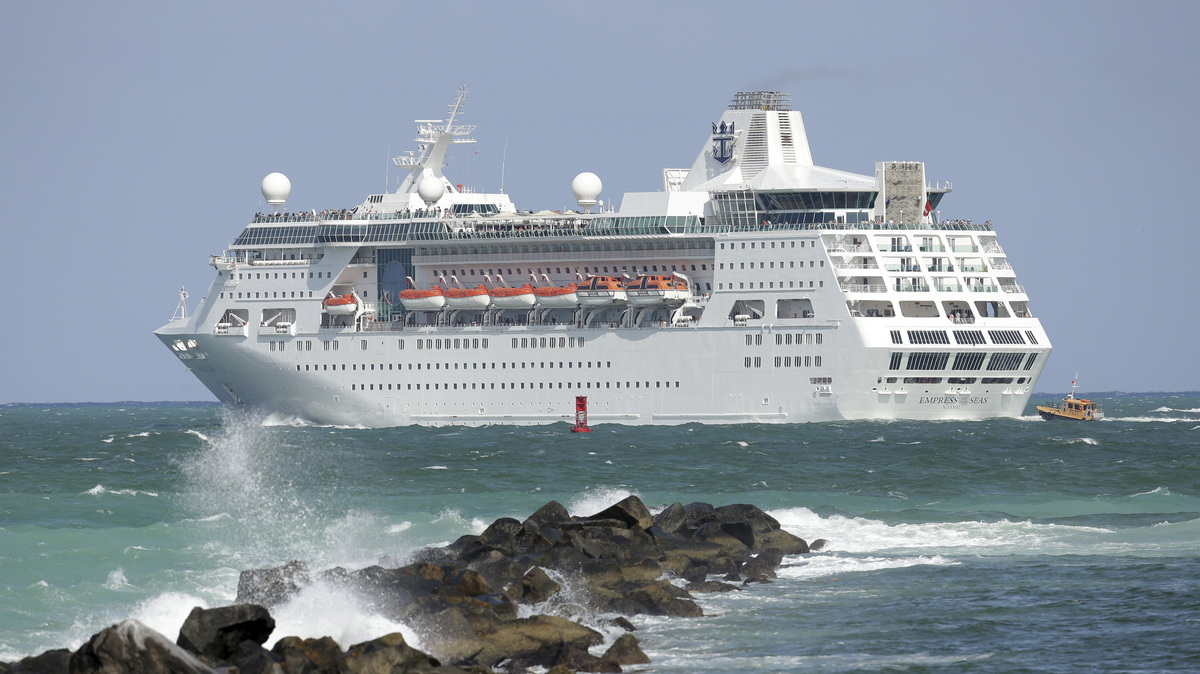 A serendipitous change of plans could have saved lives in the open ocean.

A Royal Caribbean cruise ship, rerouted because of a storm, crossed paths last Friday with two stranded fishermen and sent a small boat to rescue the two men.

The fishermen had been adrift for nearly three weeks by the time the Empress of the Seas spotted their signal light, the company says.

"I don't know about you, but I've already seen a Christmas Miracle," he wrote.

UPDATE: @RoyalCaribbean #EmpressoftheSeas rescues two Costa Rican Fisherman after they were adrift Since December 1st, 2018 between Jamaica and Cuba. Details in pics - pic.twitter.com/TBIUPLp2lZ

The Costa Rican fishermen became stranded by accident earlier this month. They fell asleep while soaking their nets, which Van Fleet notes isn't out of the ordinary, and drifted away from their gear. When they tried to return to their belongings, they ran out of gas.

"The fishermen told the Empress of the Seas crew they only had enough food and water for seven days," wrote Van Fleet. He writes that the pair floated on the Caribbean for 20 days.

The cruise ship that rescued them was originally destined for Cienfuegos, Cuba. But landing in Cienfuegos would have required them to disembark via tenders, small boats that shuttle passengers to land. Concerned about the strong winds, the crew altered its course to a port hundreds of kilometers away in Ochos Rios, Jamaica, where it could dock at a pier.

Halfway between Grand Cayman and Jamaica, in the evening, the crew spotted a light off the ship's starboard side.

A spokesman for Royal Caribbean tells NPR the ship contacted local search and rescue centers in Grand Cayman and Jamaica, but none were able to help.

So the Empress lowered one of its tenders to recover the pair.

"One of the fishermen could no longer walk," Van Fleet wrote on Twitter. "Our Empress of the Seas Crew literally carried him to the tender and carried him on board."

Medical staff aboard the Empress cared for the fishermen, though Royal Caribbean reports neither was injured.

By the time the ship arrived in Jamaica, both fishermen were able to walk back onto land on their own, where they went to a local hospital. The crew collected $300 for the fishermen to buy clothes and food.

"Pure luck, lining of the stars, god, whatever you choose to believe, the facts are we would NOT have been in that area at the time had we not switched to go to Ochos Rios, Jamaica and you can't help but think there was a greater plan in all of this," Van Fleet wrote. "20 days at sea should tell you everything about the odds of them being found alive."