Accessibility links
Straining For Grit And Settling For Grim, 'Destroyer' Doesn't Deliver Director Karyn Kusama has a history of films where women fight back. But Destroyer, despite its transformation of Nicole Kidman, fails to develop a compelling story to support that transformation.

Straining For Grit And Settling For Grim, 'Destroyer' Doesn't Deliver

Straining For Grit And Settling For Grim, 'Destroyer' Doesn't Deliver 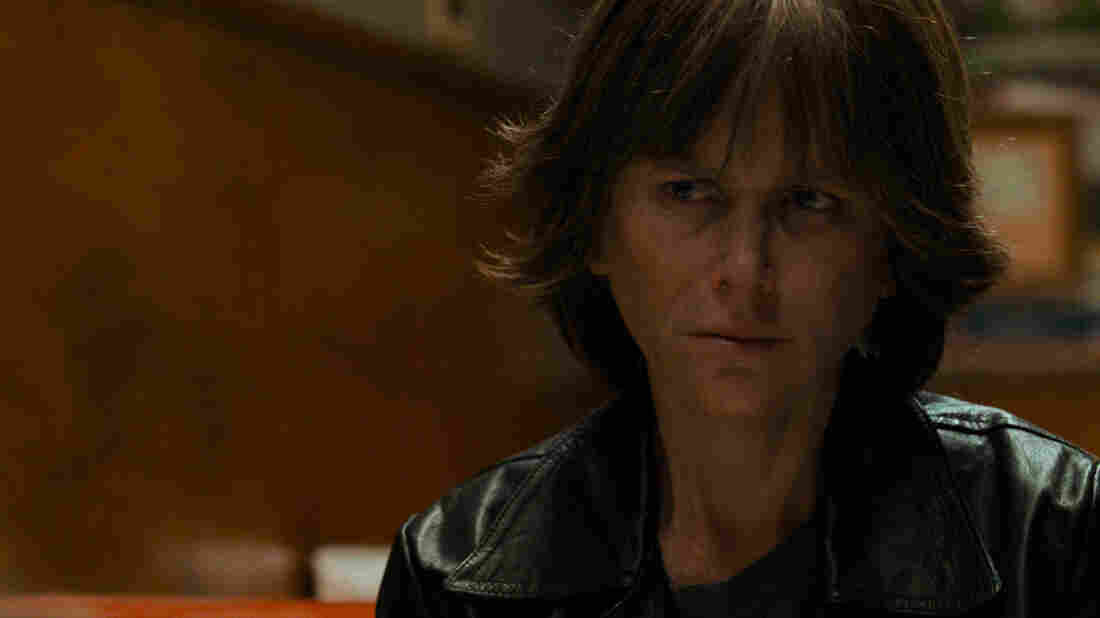 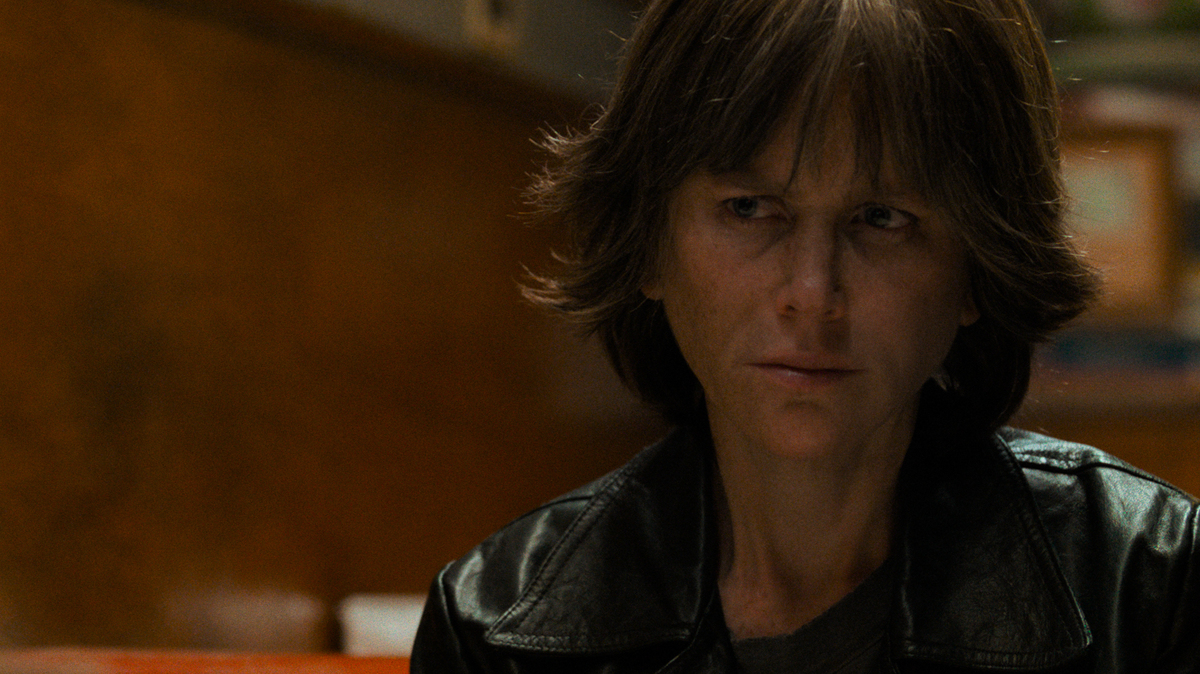 After bombing as Grace Kelly, Nicole Kidman is currently on a gratifying roll, stealing scenes as a Southern Christian mom awakening to her gay son's plight in Boy Erased, as a deceptively prim PA to a quadriplegic Bryan Cranston in the upcoming The Upside, and in television's Big Little Lies and Top of the Lake. With any luck, Kidman's golden streak has only hit pause with her turn as a rogue cop in Karyn Kusama's dispiriting Destroyer. As Detective Erin Bell, a former FBI agent on her hard-drinking uppers, Kidman is hard to find under several tons of pancake and strings of hoarsely whispered expletives. It's one of those all-or-nothing transformations that, if placed in better material like Charlize Theron's fully realized serial killer in Monster, might make you quiver. In Destroyer­, you're more likely to ask your date, "Is that Nicole Kidman? And why is she talking funny?"

Women punching back have run a thematic thread through Kusama's work from Girlfight (2000) through Jennifer's Body (2009) and the 2015 horror film The Invitation. Her success has made the director a role model for women filmmakers interested in seizing the male-templated badass for their own purposes. Which would be fine if Destroyer was more than a boilerplate policier. At once undercooked and overwrought, this dreary slog through a '70s-style crime thriller proves only that having the chops to direct like the boys do is not enough, and altogether too much.

Bleary-eyed and with her head straining forward in a defeated stoop, Erin Bell staggers into frame near a desolate Los Angeles aqueduct where a dead body has been found. She tells the fellow cops standing guard that she knows who the corpse is, and who did the deed. But she's drunk as a skunk and they roll their eyes. Hard though it is to imagine someone in her condition who's still on the job, Erin soon stumbles away to kick off a series of set pieces in which she hunts down an old adversary (Toby Kebbell, looking like horror director Eli Roth in a bad wig) who has popped back up after years of silence. In principle, Erin's quest also means to trigger a reckoning with Erin's guilty past as an undercover FBI agent and her present plight as an intermittent mother to her teenaged daughter (a very good Jade Pettyjohn), who seems primed to repeat family history.

In hands less interested in craft and more attentive to character and story, Erin's might be a tragic tale worth following and a character worth getting to know, if not necessarily like. Copious flashbacks show her in a Jane Fonda shag, going undercover with a gang of drug-dealers, where, among other disasters, she betrayed her partner Chris (Sebastian Stan). But Erin isn't the only one stepping with a heavy tread here. Belligerently cinematic and obsessed with rubbing our noses in every detail of Erin's escalating depravity, Destroyer lurches from one drably lit grandstand sequence to the next. As written by Phil Hay and Matt Manfredi, who also wrote The Invitation, Destroyer offers us an adolescent's view of the tragic anti-heroine — histrionic, one-dimensional, humorless — leaving Kidman with little to do but project a strenuously flat affect or glower from under a furrowed brow. That's when she's not pistol-whipping or trading sexual favors with a potential source, going improbably rogue with an AK-47, or wallowing in unprocessed guilt for past sins.

Unlike the corrupt-cop thrillers of the '70s (Chinatown is Kusama's most obvious reference), the closest Destroyer gets to wit or a lighter heart is a few Godfather moments with Bradley Whitford as a drug lord in a white bouffant. Toward the end of the movie, Erin gazes through an existential fog at the one good thing she may have done as a mother. The device is cloying and heavy-handed, and as a frame on which to hang eleventh-hour redemption, it barely passes muster.

There's a lot of talk among women filmmakers these days about creating badass women. Fair enough, if only because, as the late comedian George Carlin once pointed out, men are from Earth and women are from Earth. But extremity is not the same thing as substance. And if Erin Bell is Kusama's notion of delivering a strong woman character, it may be time to put "badass" on hiatus.