Accessibility links
After Pittsburgh Shooting, Jewish Congregations Vow To Keep Helping Refugees A gunman killed 11 worshippers at a synagogue because it supports a Jewish aid group that resettles refugees in the U.S. But volunteers refuse to be deterred. "That is who we are," says one. 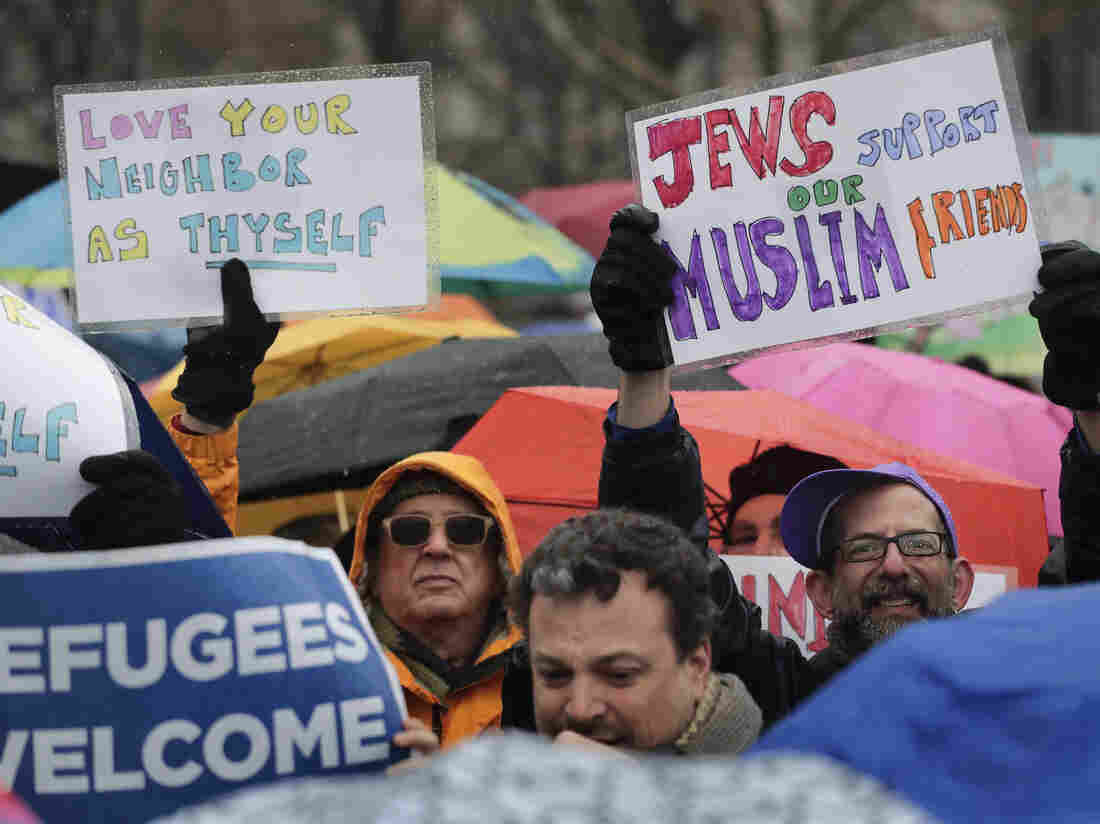 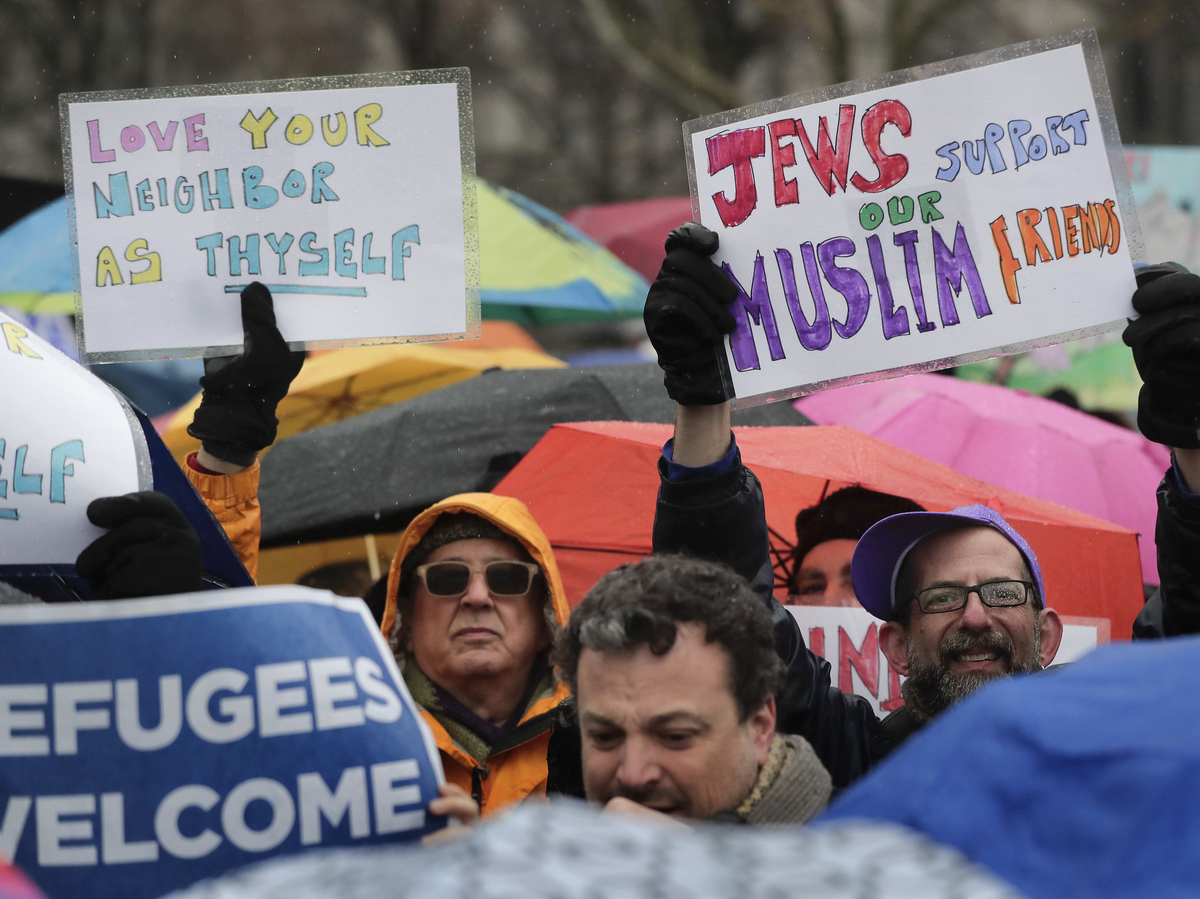 Demonstrators rally in New York City to mark a National Day of Jewish Action for Refugees in New York.

Temple Rodef Shalom in Falls Church, Va., is one of many Jewish congregations across the country that have been helping to resettle refugees in America.

Three years ago, its members agreed to sponsor a Muslim refugee — a single mother named Tilko who fled Iraq with her children and who was originally brought to this country by a Christian charity.

Tilko asked not to be identified by her full name because she fears for her safety.

The petite, soft-spoken woman said that back in Iraq, people didn't talk much about Jews. "But whatever little I heard was all negative," she says, sitting on a sofa in the living room of a congregation member recently, recalling the sorts of things people in her native country would say about Jews: "They are bad. They're mean. They are not helpful."

So when she arrived in this country and met the Jews who had volunteered to help her begin a new life, it erased all of her preconceptions.

"I was just taken aback," Tilko says. "For a second, like wow! The way they greeted me with the love and the respect, the way they just embraced me." 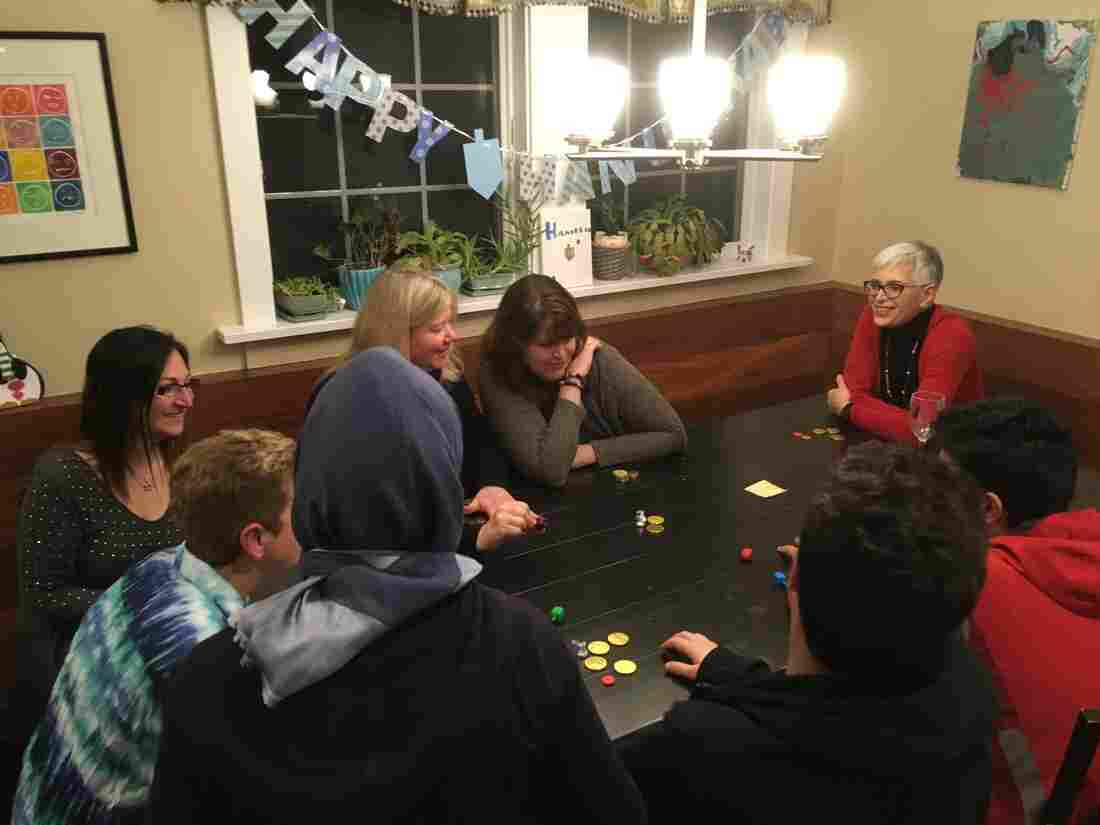 Tilko, a refugee from Iraq (at center with her back to the camera), at a Hanukkah celebration on Dec. 4 with the Jewish volunteers who helped her resettle in America. Jerome Socolovsky/NPR hide caption 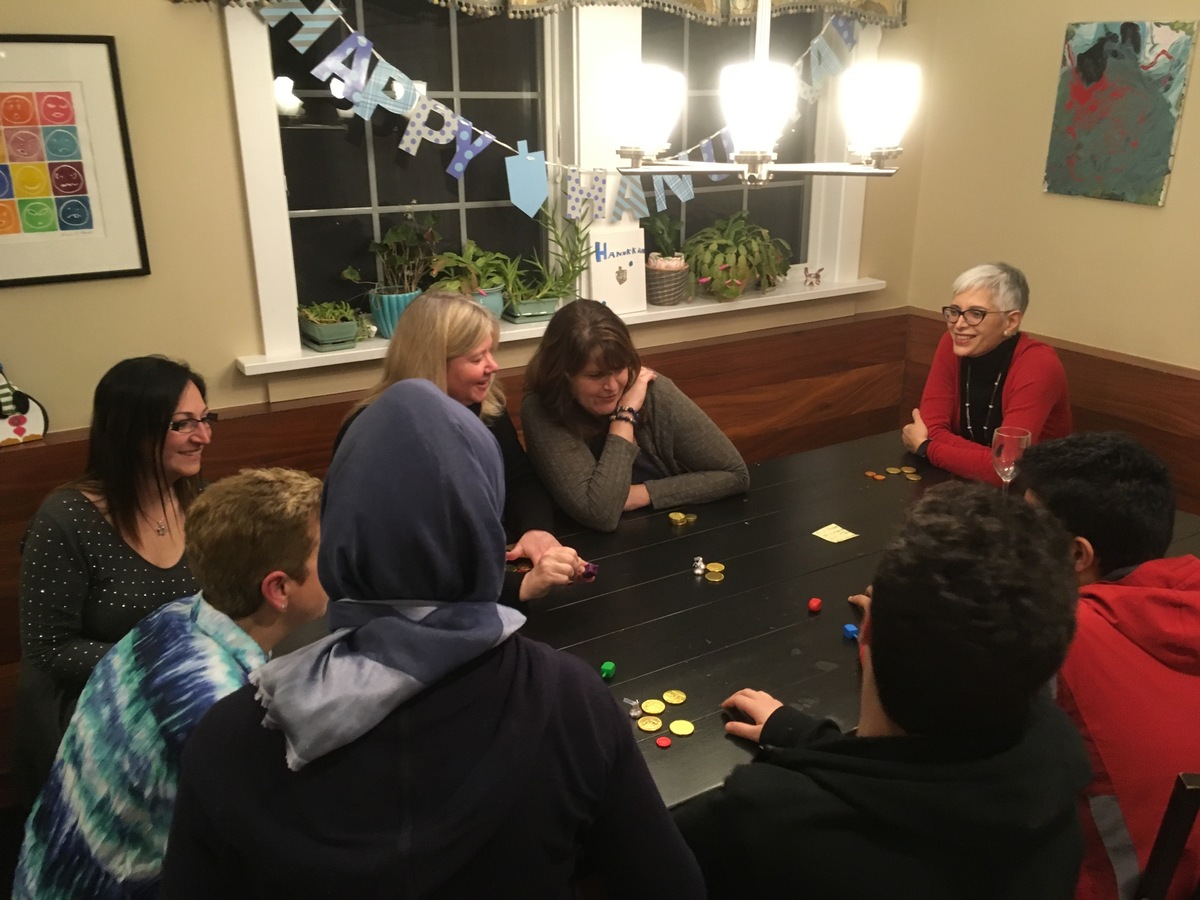 Tilko, a refugee from Iraq (at center with her back to the camera), at a Hanukkah celebration on Dec. 4 with the Jewish volunteers who helped her resettle in America.

"I realized it was all lies, what they said about Jews," she says.

Over the holidays, Tilko got together with the people who, over the past three years, had helped her rent an apartment, get a green card and find a job.

After Tragedy In Pittsburgh, An Extraordinary Effort To Honor 'The Holy Ones'

For Jews across America, volunteering in this way is about following the Torah's injunction in Leviticus 19:34 to remember that their ancestors, the ancient Israelites, were strangers in Egypt and so they must treat the stranger equally and "love him as yourself."

Certainly no one at Rodef Shalom thought doing that could be controversial, let alone dangerous.

But then two months ago, on Oct. 27, as Sabbath prayers were getting underway at the Tree of Life synagogue in Pittsburgh, a gunman killed 11 people.

Everybody who comes to America deserves the same opportunities that our ancestors had.

The previous weekend, that congregation had participated in a "National Refugee Shabbat" sponsored by the Jewish aid group HIAS, which resettles people fleeing Syria and other trouble spots.

On social media just hours before the shooting, the suspect had written that he was targeting that particular congregation because of its affiliation with HIAS, which he said "likes to bring invaders in that kill our people."

It's important to her to help refugees "no matter what background they come with," says Levy. "Everybody who comes to America deserves the same opportunities that our ancestors had."

Levy says America welcomed her own grandmother when she fled pogroms in Russia, so after Tilko arrived in this country, she helped her get settled here by accompanying her to job interviews. "I have a background in HR so I knew the language to speak," she says.

Volunteers from the synagogue made all the difference when they helped the children with their homework, says Tilko's 15-year-old son, Yahya. "When we came here first our math was very bad, and they helped us. Now we have an A in math and our grades are very good."

Helene Lederer also helped the family with paperwork. Her own children are grown now, so she was able to help the family navigate school administrative matters and fill out other forms.

To her, aiding the stranger is a fundamental part of being Jewish, and no amount of anti-Semitism will change that. "They can hate us for that if they want," she says. "But that is who we are."

After the synagogue helped Tilko and her family settle in Northern Virginia, Muslims from a local mosque were introduced to the refugee family, says Lederer. And after the Pittsburgh shooting, members of that same mosque came to a vigil at Temple Rodef Shalom to stand with Jews against anti-Semitism.

To the volunteers, that gesture was a blessing — brought forth by this congregation's effort to "love the stranger as yourself."

A previous version of this story incorrectly spelled a reference to Susan Levy's last name as Levie.