Accessibility links
'Stan And Ollie' Traces 2 Legends Working Hard Past Their Prime Steve Coogan and John C. Reilly star as Stan Laurel and Oliver Hardy in a film that struggles to keep its energy up as it follows the decline of two great film comedians.

'Stan And Ollie' Traces 2 Legends Working Hard Past Their Prime

'Stan And Ollie' Traces 2 Legends Working Hard Past Their Prime 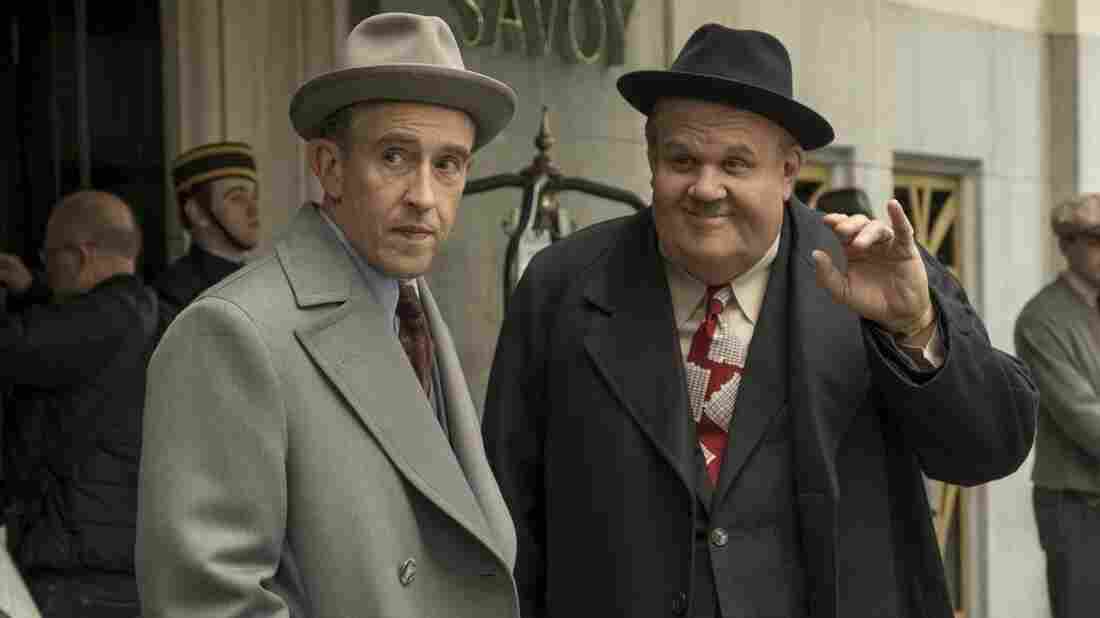 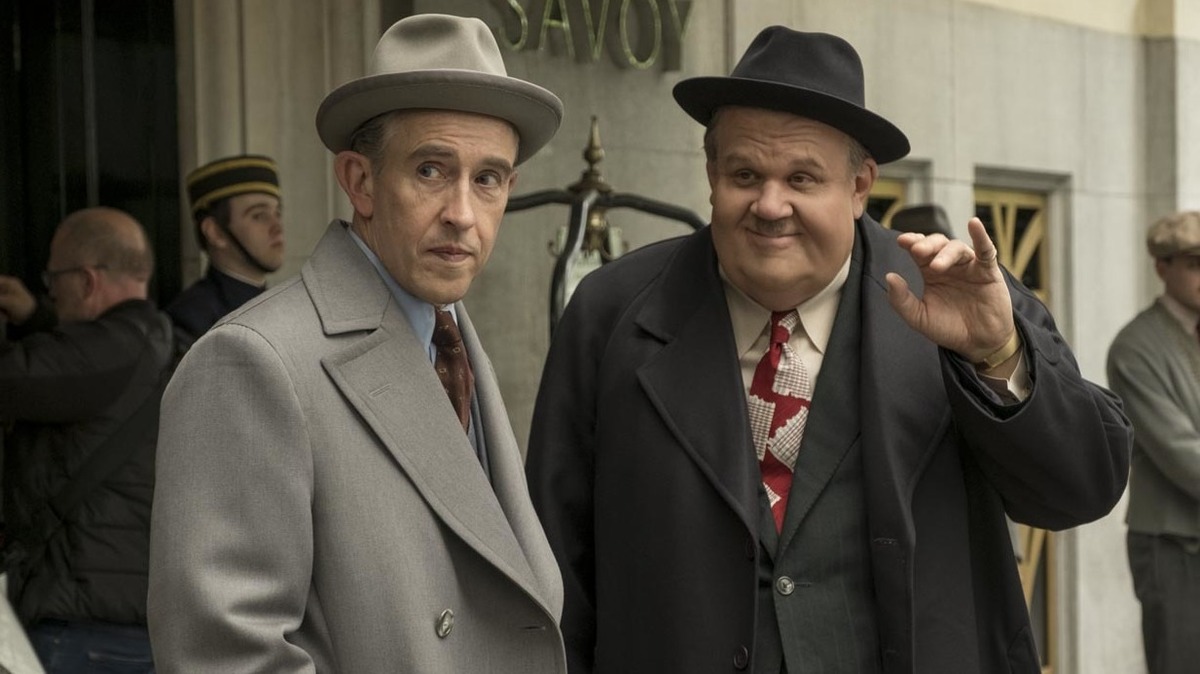 There's a scene in Stan & Ollie when Stan Laurel and Oliver Hardy, a legendary comic duo approaching the end of the line, stare up at a large marquee poster of the new Abbott & Costello vehicle, entitled Abbott and Costello Go to Mars. The year is 1953, nearly two decades since Laurel & Hardy peaked in Hollywood with slapstick classics like Sons of the Desert and Way Out West, and now they're touring through second-rate venues and dodgy flophouses across England. Many assume they've retired — a theater-goer is shocked and delighted to learn they're not impersonators, but the real deal — and film comedy, having long since evolved past its vaudeville roots, has no place for them.

Though Laurel is hard at work on a new screenplay, a quixotic undertaking inspired by Robin Hood, it's not quite right to consider them jealous of a rival comedy team at that moment. Bud Abbott and Lou Costello may still be making movies, but Abbott & Costello Go to Mars isn't the type of movie to inspire envy — they're more just a mirror image of two other screen icons on the wane. It's a humbling and frustrating end to a brilliant career, but the important part is that their partnership has continued. And they're going to put on a great show, come hell or high water, because that's what professionals do.

While it opens in 1937 with a taste of success, when Laurel & Hardy and their producer, Hal Roach, were the biggest names in comedy, most of Stan & Ollie finds them cruelly deposited on the other side of fame, combing through old glories and beefs and nursing half-delusional notions of a big-screen comeback. Director Jon S. Baird and his screenwriter, Jeff Pope, pay homage to their specific dignity and craft while grappling with the inevitable decline that appends nearly every career in Hollywood. But they seize on this bittersweet moment too eagerly, underscoring its significance with a melancholy that feels as sodden and dreary as half-empty theater in Newcastle.

In The Luminous 'If Beale Street Could Talk,' A Perfect Love Meets An Imperfect World

Steve Coogan and John C. Reilly do their best to keep the sentiment at bay. As Stan and Ollie, respectively, they make Laurel and Hardy's collaboration on-stage and off feel appropriately lived-in, an old routine in both the figurative and literal senses. When they start touring England, the lousy venues and accommodations are a shock, compounded by the fact that their booker cannot even find a proper gig in London, where the would-be producer of their Robin Hood movie awaits. And while they slip in a few new lines and bits, they're on a legacy tour, leaning heavily on classic material that appeals more to older audiences who experienced them in their prime. Night after night, they deliver the goods, despite the light attendance of the early dates and Ollie's painfully evident health problems, including a bad knee and an overtaxed heart.

When their booker persuades them to do more promotional appearances in support of the tour, their ticket sales rise and the venues improve, but the added stress takes a toll on their relationship. At particular issue is an old contract dispute with Roach that kept them from getting their big payday and briefly paired Ollie with another performer, which derailed their thriving partnership and forced Stan to consider if they were ever really friends. As Stan stews over this long-simmering resentment, he strings Ollie along with the unlikely possibility that their comeback movie will go into the production shortly after the tour is over.

Even hidden under Winston Churchill jowls, Reilly's take on Hardy is especially good, uncanny in recreating the strange grace and delicacy of his physical comedy, even as Ollie labors badly in these last few years of life. The stage sequences in Stan & Ollie are by far the most compelling, partly because the bits hold up and partly because the performers execute them so heroically night after night, earning every clap that echoes through the halls. Their triumphs in front of the footlights are made sweeter by the micro-humiliations they face every day: gigs at carnivals and beauty contests, reservations at fleabag motels, backstage parties where rich patrons barely know their work.

With all this rich material, and two actors who have committed themselves so fully to the roles, Baird and Pope make the mistake of pushing too hard when it isn't necessary. The friction between the two over a 16-year-old dispute feels like manufactured drama, introduced to test the strength of a partnership that persisted until death and beyond. But the bigger problem is a conspicuous lull in energy and vitality, as if the film itself were trying to fade out right alongside its heroes. It strives for a middlebrow respectability that it's doomed to achieve, a platform for actors who deserve better.