Accessibility links
Russia Will Deploy New Hypersonic Missile Systems In 2019, Putin Says The Avangard weapon system is built around a hypersonic glide vehicle that takes an elusive path toward its target — even as it reportedly travels at more than 20 times the speed of sound. 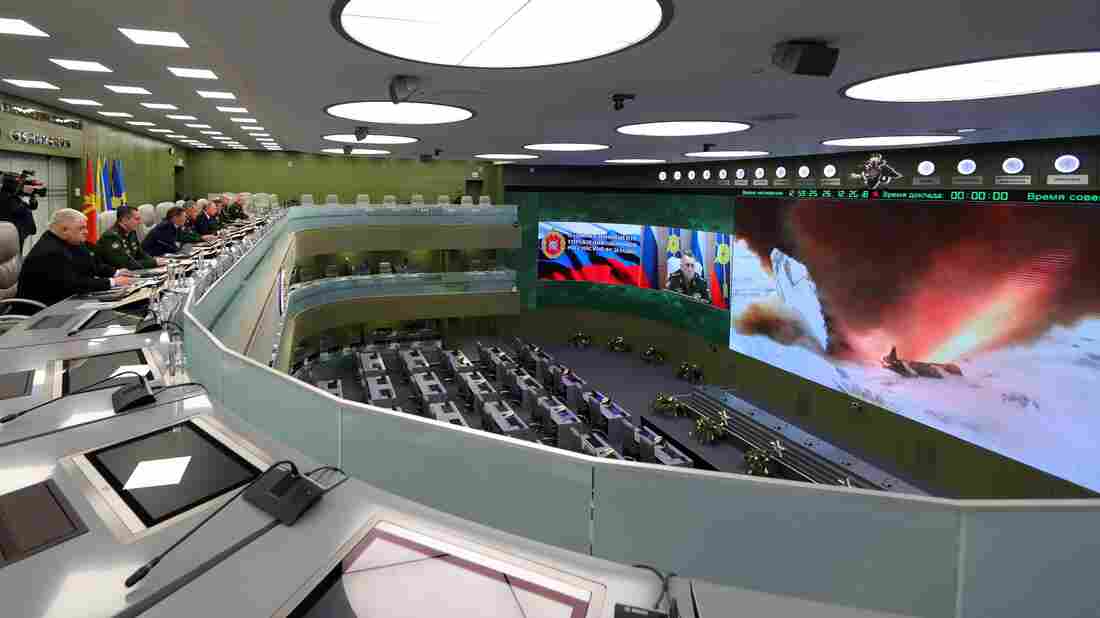 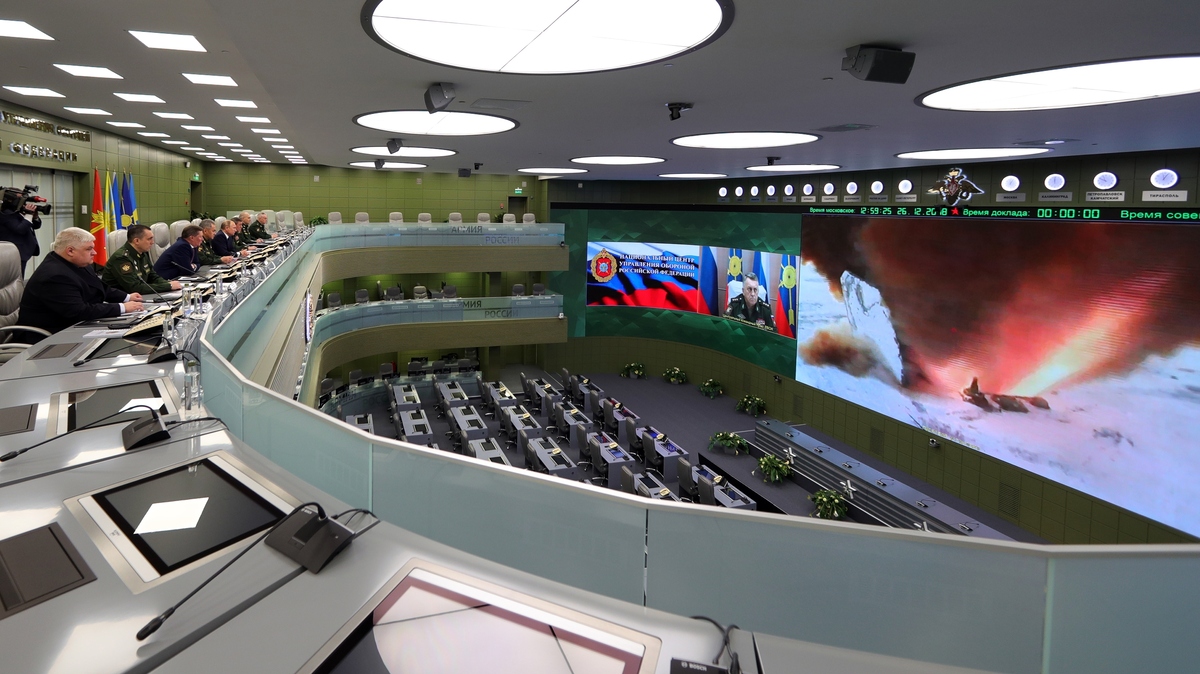 Russian President Vladimir Putin says a new hypersonic missile system that he says can evade U.S. ballistic missile defenses will be deployed in 2019 as part of Russia's focus on advancing its military weaponry.

The Avangard weapon system is built around a hypersonic glide vehicle that takes an elusive path toward its target — even as it travels at more than 20 times the speed of sound, according to a report by state-owned Vesti TV.

"Putin says Russia was forced to develop the Avangard after the U.S. withdrew from the Anti-Ballistic Missile Treaty in 2002," NPR's Lucian Kim reports from Moscow. "He says the Trump administration's plan to scrap a treaty on medium-range missiles could lead to a new arms race."

The Russian president had previously discussed the Avangard project in March, when he touted its abilities in the annual state of the nation speech to the Federal Assembly. At the time, he also cited its potential speed as being 20 times the speed of sound — which is 767 mph.

Putin oversaw a test of the Avangard system on Wednesday, watching a large video screen in Moscow that showed a missile carrying the weapon being launched from a silo in the Dombarovskiy missile base in Orenburg Oblast, in the southern Ural Mountains.

"This is a great success and a big victory. This is a wonderful, excellent gift for the country for the New Year," Putin said, according to the state-run Tass news agency.

Russia's defense ministry says the weapon zigzagged its way north and east for more than 3,000 miles before hitting a practice target in the Kura training ground in the Kamchatka region, in Russia's far northeast.

A video released by the ministry showed only the first phase of the test, when the glider vehicle was contained within a UR-100N UTTKh missile (in NATO terms, the SS-19 Stiletto). The missile's job was to carry the Avangard vehicle up into the atmosphere; the ministry's video did not show footage of the glider vehicle itself.

In conjunction with the Avangard system, Russia is currently working on a new missile to carry the weapon, Tass reports.

Both the U.S. and China have been working on their own hypersonic glide vehicles. As Jane's Defence reported last week, the Pentagon's advanced-research unit, DARPA, is currently gathering ideas for cooling vehicles that move at speeds above Mach 5.