Accessibility links
Meet The Couple Behind A New Year's Eve 'Possum Drop' In Georgia Bud and Jackie Jones helped establish the annual Dec. 31 tradition in their town. Married 62 years, the taxidermists share their love story, which began with a snake — not an opossum. 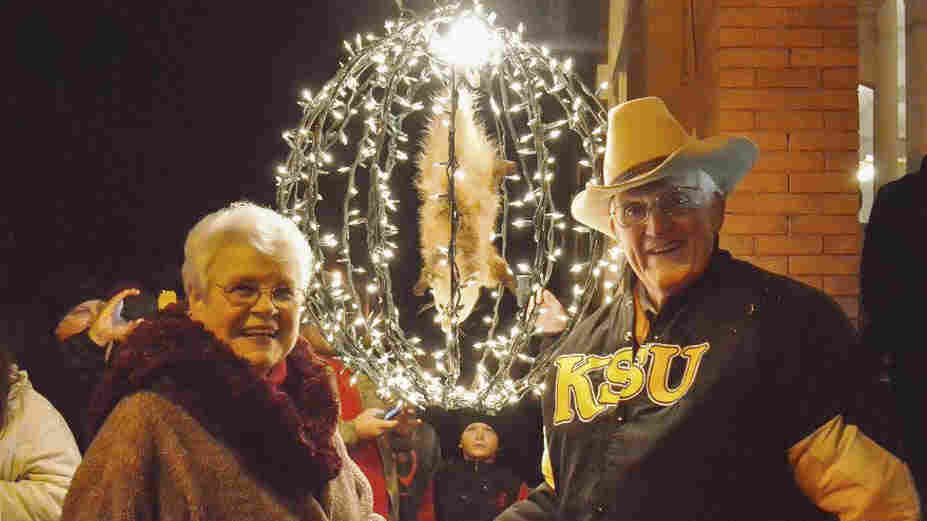 Bud and Jackie Jones pose near Spencer the stuffed opossum (in his lighted countdown ball) in Tallapoosa, Ga., in 2014. Courtesy of Bud Jones hide caption 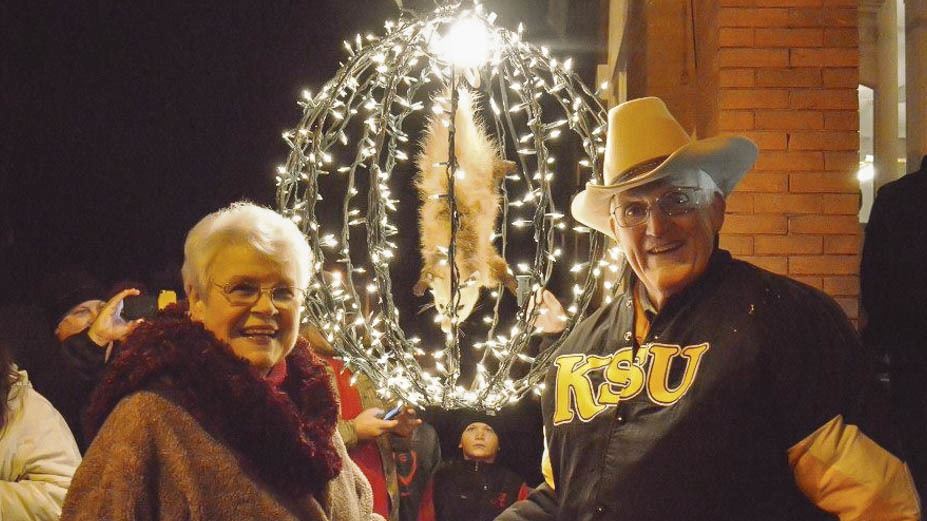 Bud and Jackie Jones pose near Spencer the stuffed opossum (in his lighted countdown ball) in Tallapoosa, Ga., in 2014.

The "Possum Drop" is a tradition that career taxidermists Bud and Jackie Jones helped establish in their small town.

Bud, 88, and Jackie, 82, have been married for 62 years, and at a StoryCorps interview recorded in September, they spoke about their colorful love story — which began with a missing pet on their very first date.

"I got in the car and you said, 'Now, don't get excited, Jackie, but my pet snake is loose in this car,' "Jackie says. "And I'm not a snake person."

Two years after the snake incident, there was a duck that almost foiled their plan to elope.

Just as they were getting ready to leave to see a judge and get married, a neighbor named Ivey Pope called. "[He] said he had killed a strange bird in his lake and wanted me to come and look at it," Bud says. "So, we went over to Ivey Pope's lake, and he had just killed a duck."

By the time they were ready to leave it was late in the evening, but they decided to go to the judge's house anyway.

"When we got there, he was drunk," Jackie says.

"Well, he wasn't exactly drunk, he was just kind of wobbling a little bit," Bud says.

"I must have been crazy in love to go through this," she says.

Now, as for that opossum.

He never thought the opossum would become a celebrity. 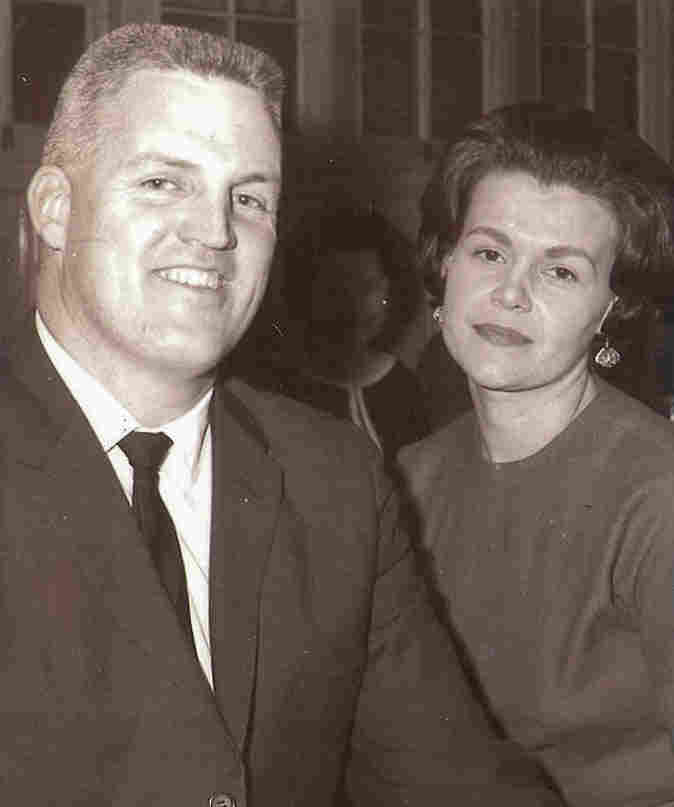 Bud and Jackie Jones pose together in 1963. Courtesy of Bud Jones hide caption

In the late '90s, town organizers decided to create a New Year's Eve event inspired by the name settlers once gave to the town: Possum Snout. One of the organizers asked Bud if he had an opossum they could use, and he gave them his mounted opossum. Tallapoosa residents named him Spencer after Ralph Spencer, one of the town's founding businessmen.

The New Year's Eve tradition has since grown from about 40 people to over 7,000 — more than twice the population of the town.

"We thought it was stupid, but you just never seen such hollering," Bud says. "And they'll knock you down to get over there and get a picture of Spencer."

"Life has not been dull with you, Bud," Jackie says.

"Well, I know that, but when you got in the car that night, you should have known," Bud says.

"I know I did," Jackie says. "That should have been my first clue as to what my life was going to be like."