Accessibility links
Americans Are Optimistic About The Future — Just Don't Ask About Politics A substantial share of Americans are feeling hopeful about the new year, according to a new NPR/PBS NewsHour/Marist Poll. And some of us, especially young people, plan to make resolutions.

Americans Are Optimistic About The Future — Just Don't Ask About Politics

Americans Are Optimistic About The Future — Just Don't Ask About Politics 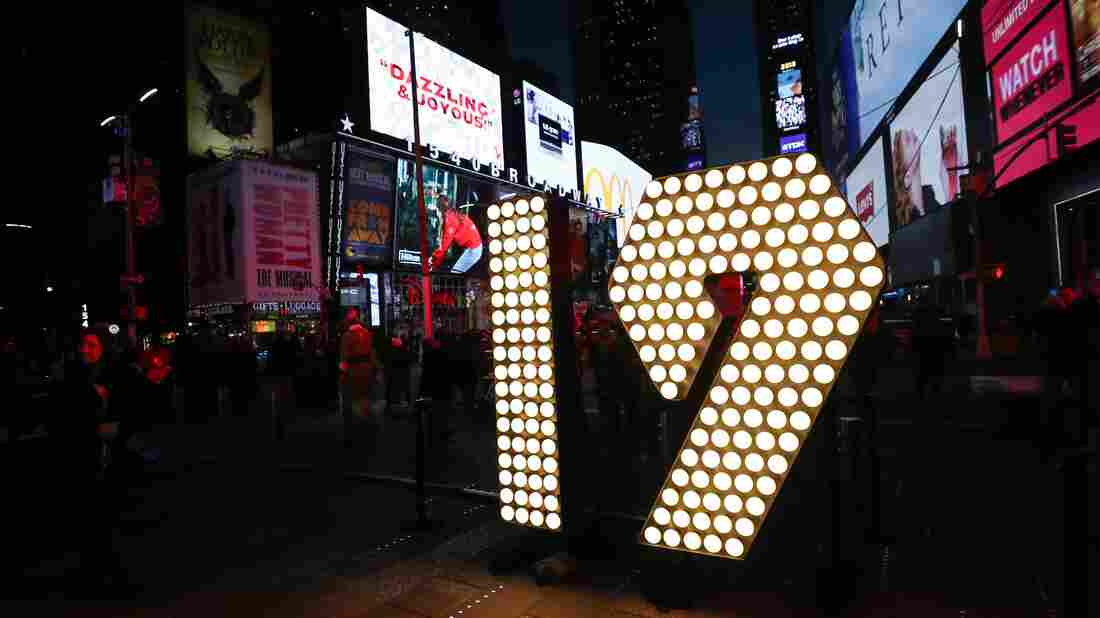 The numerals 19, for 2019, were lit up in Times Square in New York City on Dec. 19, ahead of the New Year's Eve celebrations. Atilgan Ozdil/Anadolu Agency/Getty Images hide caption 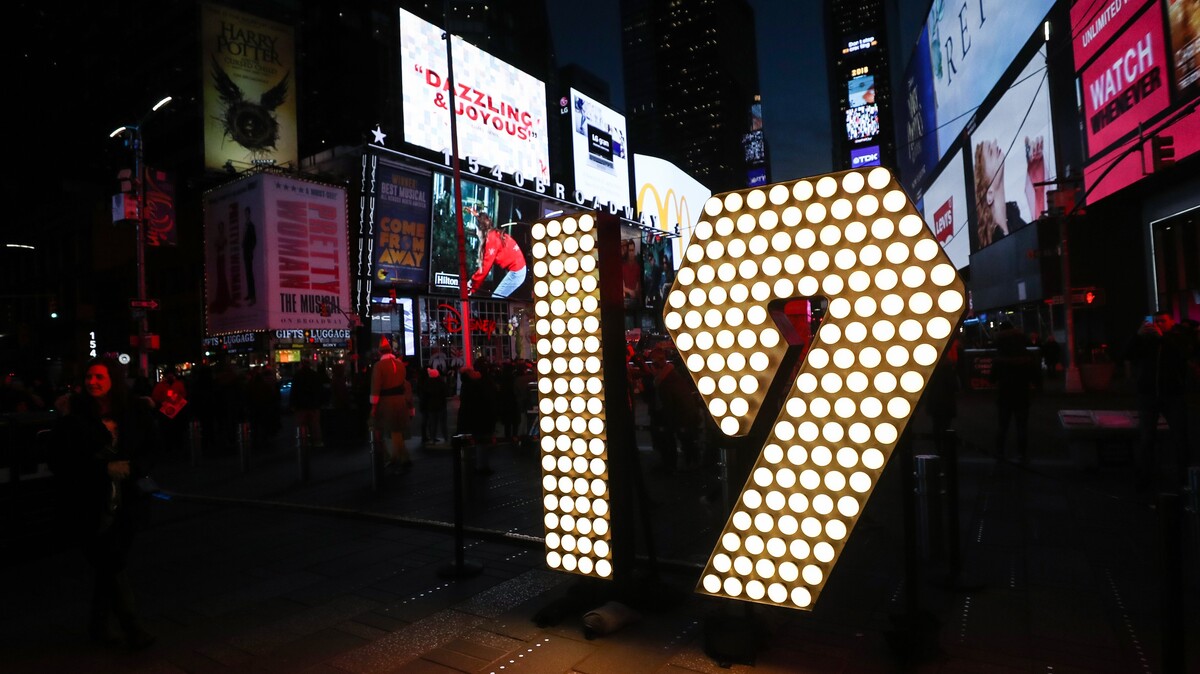 As 2019 approaches, most Americans are feeling pretty good about the future.

A new NPR/PBS NewsHour/Marist Poll found that 60 percent of Americans are optimistic about the world in 2019, compared with just 37 percent whose outlook is less rosy. (That leaves 3 percent of the country as merely ambivalent, if you're counting.)

It's a measurable jump in optimism from 2011, when just 54 percent of the country felt similarly about the coming year.

Why are we so optimistic this year? For many Americans, the answer is family. Jobs, health and finance also led in the poll, in a year when the unemployment rate in the U.S. dropped to its lowest level in half a century.

"When optimistic people were asked what it was that made them optimistic, they spoke to their own personal lives," says Barbara Carvalho, director of The Marist Poll at the Marist Institute for Public Opinion, which conducted the survey. "They looked inward."

That is, except for 10 percent of respondents who say the main reason they are optimistic is politics. But they are outnumbered.

For the sizable segment of the country that is pessimistic about next year, politics overwhelmingly beat out its competitors as the No. 1 source of doom and gloom.

Nearly two-thirds of pessimistic Americans, or 64 percent, reported politics as the primary cause of their negative outlook. To put it another way, about the same number of respondents were bummed out by politics as were uplifted by their families.

The distaste crossed party lines, though pessimistic Democrats were more likely than their Republican counterparts to point a finger at politics — 73 percent to 56 percent.

Those aren't surprising figures at the close of a year marked with bitter, partisan battles in Washington. The extended confirmation fight for Supreme Court Justice Brett Kavanaugh and the emotional testimony of Christine Blasey Ford stood out among a deluge of headline-grabbing events.

'Everyone Is Just Completely Captivated': Americans React To Ford And Kavanaugh

The Top 10 Most Important Political Stories Of 2018, As Chosen By Readers

Migrant family separations, a breakneck rate of turnover at the White House and claims of voter disenfranchisement also topped a list of the most important political stories of the year, chosen by NPR readers.

"I think when people are pessimistic and say that it is about politics and the news, they are feeling that tension that we have — not only among ourselves but in our government and in Washington — of people not being able to really come together and move things forward," says Carvalho.

The NPR/PBS NewsHour/Marist Poll doesn't include data on whether politics have colored people's expectations for the future so strongly in previous years. But a separate poll conducted earlier this month found that 70 percent of Americans believe the level of civility in Washington has degraded since the election of President Trump.

There was consensus among people of all party affiliations that the political tone has turned.

"To say that our politics is not healthy is something of an understatement," Sen. Jeff Flake of Arizona said in his farewell address earlier this month, echoing the sentiments of his fellow outgoing colleagues.

Viral political moments, like a tearful woman confronting the Republican senator in an elevator about sexual assault, very likely also shaped public sentiment about the political landscape, whether positively or negatively.

The media, which have at times latched on to those moments to reel in audiences, didn't fare well in Americans' worldviews either.

For respondents pessimistic about the new year, news is the second-most-cited cause. A meager 3 percent of the optimistic cohort say the news is the main reason they are hopeful about the future.

Resolving to better ourselves — or not

Americans may be dissatisfied with national politics and the news, but some of them are as resolute as ever about improving themselves. Just over two-thirds of Americans who made a New Year's resolution last year stuck with it for at least part of the year, according to the poll.

The top resolutions for next year remain relatively unchanged from previous years. Most of the goals revolve around health, including exercising more, quitting smoking and eating healthier.

Close to 1 in 10 respondents has resolved to "be a better person."

And a sizable fraction will try to spend less and save more — perhaps not the same people who say they are optimistic because of their finances.

NPR's Life Kit Podcasts: Tools To Help You Get It Together

A large number of people, however, probably won't bother with a resolution this coming year. Fifty-six percent of respondents say they're unlikely to resolve to change anything at all when the clock strikes midnight.

There's a generation gap when it comes to resolutions. Millennials might be killing cash and traditional holiday greetings, but at least they're committed to self-improvement: More than half of Americans under 30 are planning to make a resolution for next year, according to the poll.

Meanwhile, just over a quarter of the over-60 cohort say they'll turn over a new leaf with the new year.

"I don't know whether they've given up or just feel that they've reached perfection," says Carvalho.