Accessibility links
Financially Struggling Government Workers Are Caught Up In Shutdown Federal government employees are still being paid for work they did before the shutdown, but the checks will soon end. Among those affected are many who struggle to make ends meet even in good times.

Listen · 3:38 3:38
Financially Struggling Government Workers Are Caught Up In Shutdown 3:38 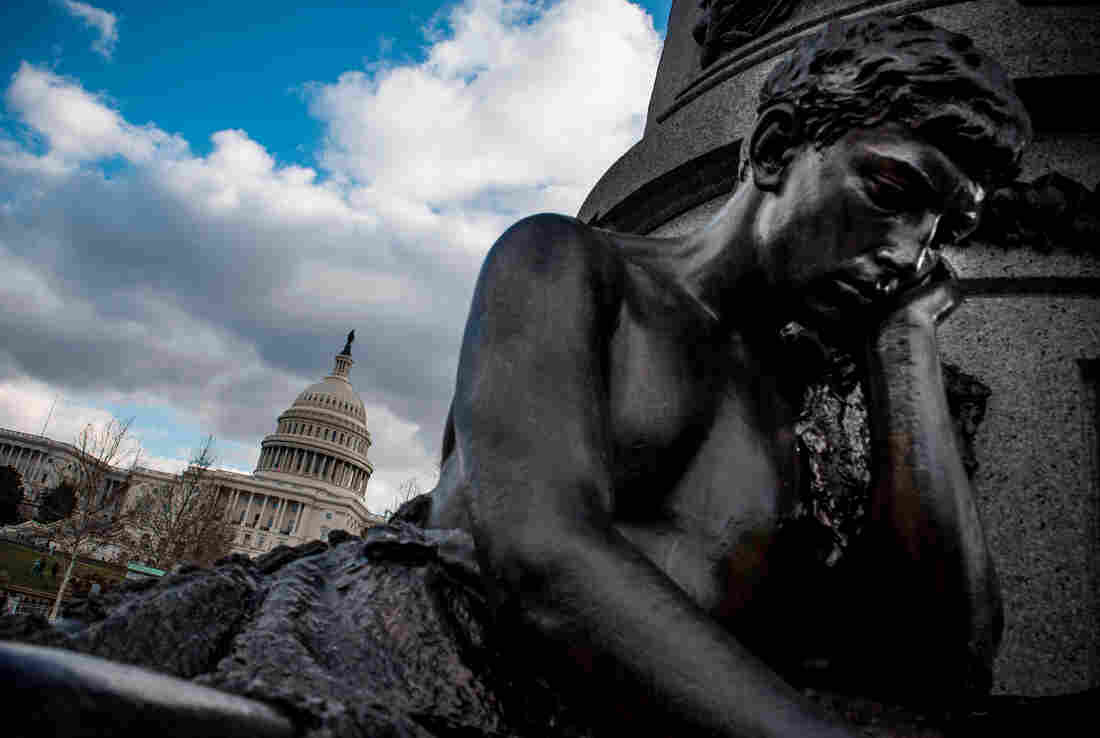 The federal government remains partially shut down in an impasse over President Trump's demand for border wall funding. Hundreds of thousands of government workers will be going without a paycheck, presenting financial challenges for many. Eric Baradat/AFP/Getty Images hide caption 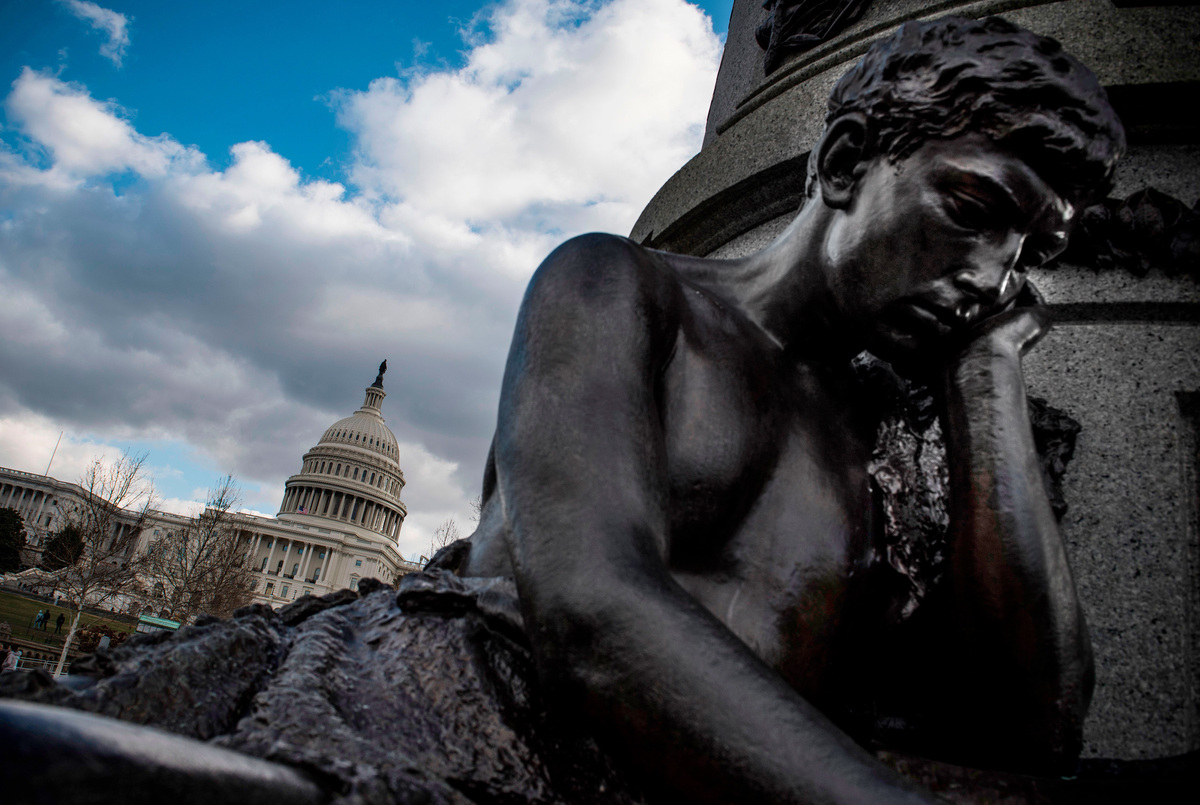 The federal government remains partially shut down in an impasse over President Trump's demand for border wall funding. Hundreds of thousands of government workers will be going without a paycheck, presenting financial challenges for many.

A government job probably pays better and is more secure than one in the private sector, but for many federal workers, it hardly assures a good income.

The 800,000 federal workers who aren't being paid because of the partial government shutdown include many who struggle to make ends meet even during ordinary times.

"I only have about $1,000 in savings," says Brooke Cole, who is furloughed from her job at a Coast Guard Air Station in Port Angeles, Wash. "I have to pay my rent; I have a car payment, child care payments, student loan payments, utility payments, all sorts of fun stuff."

Federal government employees are paid according to their position on the General Schedule, the official pay classification system overseen by the Office of Personnel Management. Workers at the GS-1 level start out earning about $19,000 a year, which for a family of three would be about poverty level.

An employee at the other end of the federal pay scale (GS-15) can make as much as about $140,000, but, as of 2014, that classification included only about 4 percent of the federal workforce. About 1 in 8 U.S. government workers are at the GS-6 level or below, meaning they earn little more than $40,000 a year and probably less, even if their work is professional.

Among those workers is Paul Kiefer who examines tax returns for the IRS at its service center in Austin, Texas.

"I'm looking at everybody's return to make sure everything is correct," he says, "and if there's an error, I may have to correct that error." Even with that responsibility, however, Kiefer is paid at the GS-6 level, and his income is not sufficient to allow him to go long without a paycheck. He is currently on furlough.

I'm worried about whether or not I can make my credit card payment.

Kiefer was also affected by the 2013 government shutdown. In that case, he eventually got back pay, but only because Congress authorized it.

"They might miss a pay period because the government is shut down, but in the end, even if they aren't working, Congress has decided to pay people for the whole time," White House economist Kevin Hassett told reporters on Wednesday. "So, in the end, it's really just a short-term problem, not a long-term problem."

Such reassurances do not apply, however, to government workers who are employed through a private contractor. The number of outsourced federal jobs has increased substantially in recent years, and contract employees who are not working during the government shutdown are unlikely to be paid for the time they are furloughed.

Almost 2 million workers employed by the federal government under contract earn less than $12 per hour, according to a 2013 study by Demos, a left-of-center research organization.

Are You A Federal Worker Affected By This Government Shutdown?

The partial government shutdown is even affecting active-duty members of the U.S. Coast Guard. While it is part of the U.S. military, the Coast Guard is under the Department of Homeland Security, not the Defense Department.

Administration officials are downplaying the financial effects of the shutdown on workers, but they acknowledge it will have some impact.

The Office of Personnel Management has posted sample letters on its website that furloughed employees can use to ask their creditors for extra time to pay their bills.

Dear (Name of Company or individual with whom you have spoken)

This is to confirm our conversation of (date) in which we discussed a temporary reduction in my mortgage payment.

As we discussed, I am a Federal employee who has recently been furloughed due to a lack of funding of my agency. Because of this, my income has been severely cut and I am unable to pay the entire cost of my mortgage, along with my other expenses.

As we had agreed in our conversation, I will be able to make regular payments in the amount of $_______. I realize that I will be responsible to pay the remainder of the payments and, when I return to work, I will contact you immediately to work out a plan to take care of the reduced payments. I will also keep in touch with you to keep you informed about my income status.

The office suggests workers conclude their appeals for leniency with the line, "I appreciate your willingness to work with me and your understanding during this difficult time."