Accessibility links
'No Evidence Of Extraterrestrial Activity,' NYPD Says As City Is Bathed In Blue Light Utility company Con Edison says the light emanated from "a sustained electrical arc flash that was visible across a wide area." Witnesses had many other ideas.

'No Evidence Of Extraterrestrial Activity,' NYPD Says As City Is Bathed In Blue Light

'No Evidence Of Extraterrestrial Activity,' NYPD Says As City Is Bathed In Blue Light 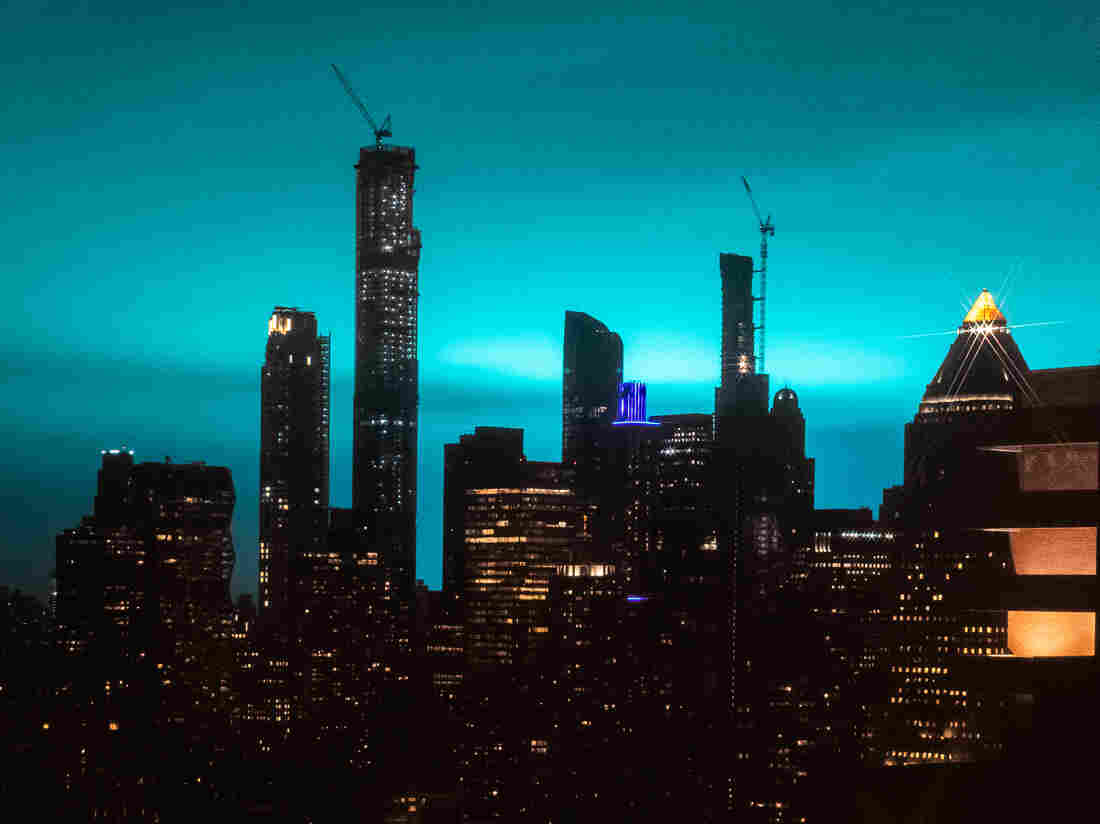 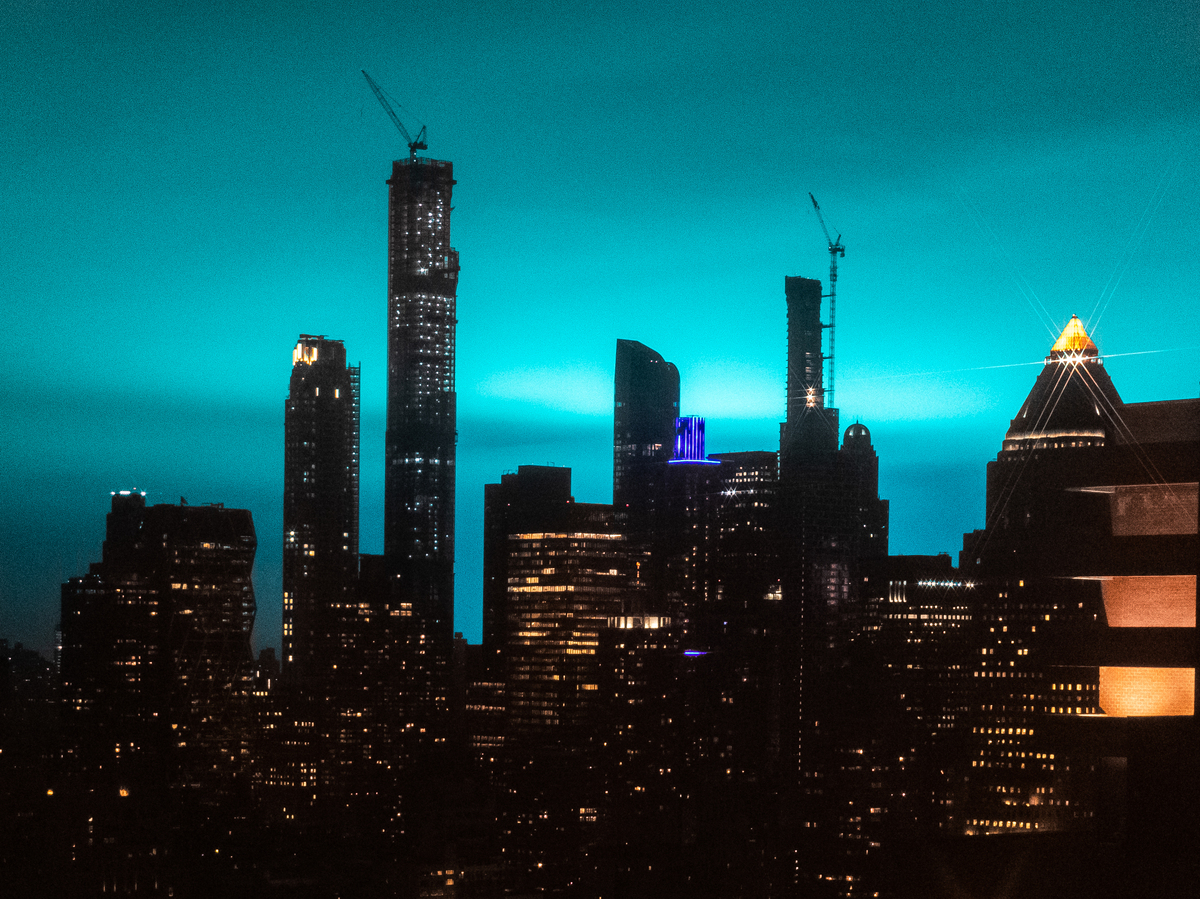 The night sky over New York City turned bright blue Thursday night, the result of a sustained electrical arc flash at an Astoria, Queens, power plant, according to Con Edison.

New Yorkers were shocked and amazed by an eerie blue light that took over the night sky in the Astoria neighborhood of Queens on Thursday night. Officials say an electrical fire at a Con Edison substation was to blame — not an alien ship or any of the other wild ideas the sight inspired.

Witnesses described hearing a boom, followed by flashes of light. The light went from white to yellow to an incandescent blue — and with a level of clouds hanging above the New York City skyline, the effect was striking. The comparisons ranged from Ghostbusters to any number of alien movies that have featured the Big Apple.

End of the world or transformer explosion in Queens, NY ?!! pic.twitter.com/JcUwiFIvLX

"Confirming incident in Astoria was result of transformer explosion," the New York Police Department said in a tweet shortly after the sky went bright blue. "No injuries, no fire, no evidence of extraterrestrial activity."

Confirming incident in #Astoria was result of transformer explosion. No injuries, no fire, no evidence of extraterrestrial activity. Please continue to follow @FDNY and @Conedison

The police account seemed to reassure many people who had been taken aback by the sight of the ethereal light — although one person responded, "Transformers are extraterrestrials. Just saying."

Providing more details about the phenomenon, Con Edison said in a statement Friday morning that the light emanated from "a sustained electrical arc flash that was visible across a wide area."

The utility company says the arc flash was triggered by an electrical fault at its Astoria East substation, at 20th Avenue and 32nd Street in Queens.

"The affected equipment was isolated to a single section within the substation," Con Edison says, adding, that the utility "has restored all major transmission lines associated with this event and is in the process of investigating the root cause of the failure. "

However brief the fire was, its effect was large — the bright blue light was clearly visible across other boroughs in New York City, and as far as New Jersey.

Appears to be an explosion at the con Ed plant in Astoria @ConEdison ... Bright as day. Sounded like a transformer. #breakingnews #astoria #nyc @channel pic.twitter.com/4jZ54iMExU

Aside from a light show that led to headlines such as "Astoria Borealis," the biggest effect was felt at LaGuardia Airport, which was forced to temporarily close and use backup power after suffering an outage.

In an update about the status of its systems following the explosion, Con Edison said, "All power lines serving the area are in service and the system is stable."

In the city that never sleeps, people posted photos and videos of the spectacle as they saw it from rooftops, bridges and ferries. Their explanations included the idea that someone — and perhaps everyone in Astoria — had just been given superpowers.

I’m tight cause I KNOW someone just got superpowers from that blue light. #bluelight #nyc. pic.twitter.com/NwGXmuTAoJ

Explosions at Con Edison facilities have previously caused dramatic scenes in New York City. In 2010, for instance, a huge fireball erupted on Sixth Avenue — the result of an underground transformer explosion.

Since then, the occurrences have been frequent enough that Popular Mechanics magazine simply updates its explanatory story about transformer explosions in the city from 2010 with details when new outages occur.

Gozer the Gozarian making its appearance. Be on the lookout for a giant walking marshmallow man. #ghostbusters https://t.co/PW4fWEVVnG