Accessibility links
U.S. Stocks Finish The Day Mixed, But Had A Good Week The Dow closed down just over a quarter of 1 percent. Consumer confidence and spending are the latest mixed signals investors are struggling to sort out.

U.S. Stocks Finish The Day Mixed, But Had A Good Week

U.S. Stocks Finish The Day Mixed, But Had A Good Week 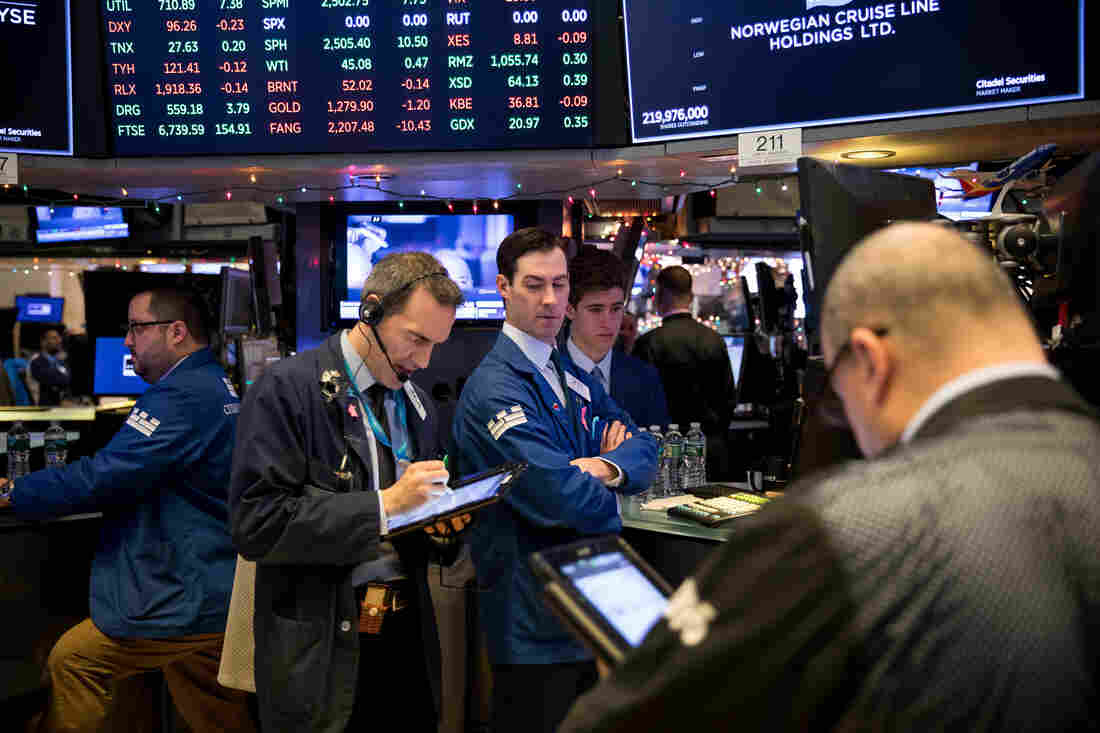 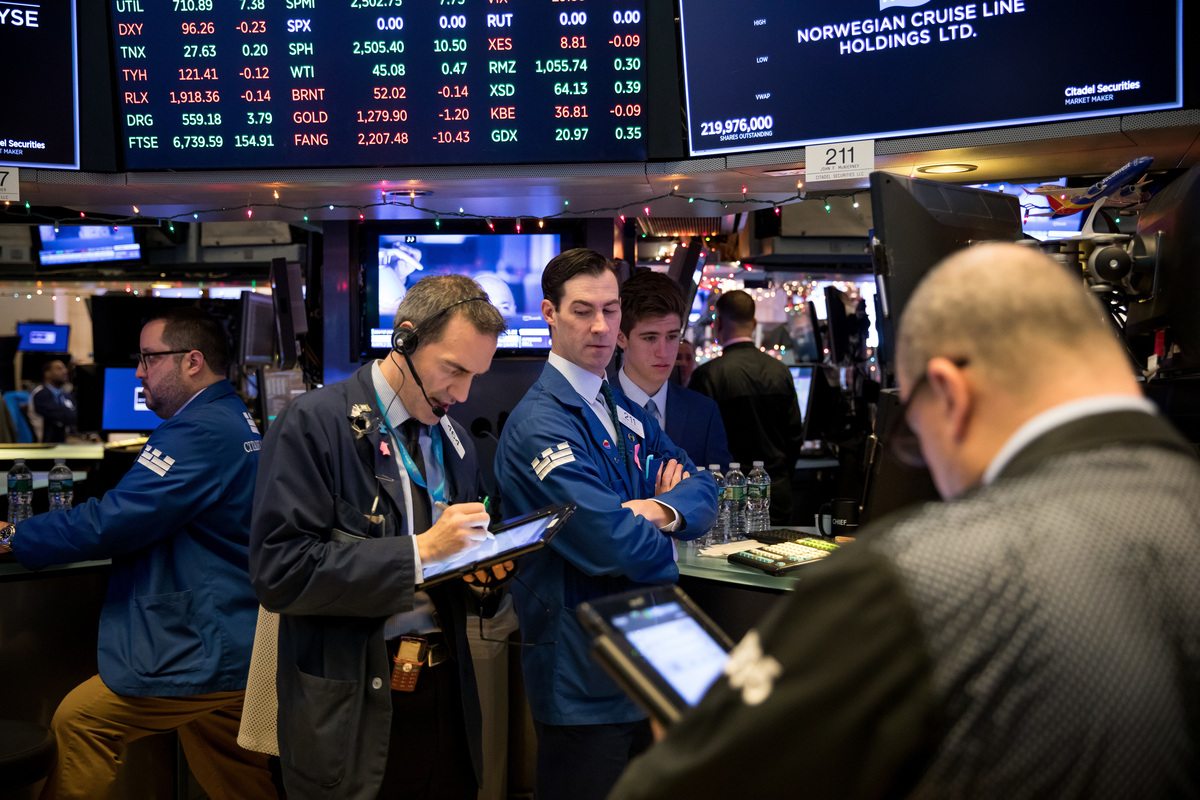 After spending much of Friday in positive territory, the Dow Jones Industrial Average and the S&P 500 retreated in the final hour of trading and closed down on the day. The losses were small and the Nasdaq managed to hang on to a small gain.

For most of the day it seemed the market would finish higher. At one point, the Dow was up more than 240 points. But it plummeted toward the end of the session and closed down 76 points — that's just over a quarter of 1 percent.

The broader S&P 500 fared similarly, closing down just under a quarter of 1 percent.

On Thursday, the Dow saw a dizzying swing of more than 870 points. Despite being in negative territory most of the day, it rallied about 90 minutes before the close and finished the day 260 points up — a little more than 1 percent.

The day before, the index saw its largest single-day point gain ever. It surged 1,086 points, a gain of nearly 5 percent.

Despite Friday's losses, the markets had their first positive week of the month. However, the Dow and S&P 500 are still on track for their worst December since 1931.

New data sent conflicting messages to investors this week. On one hand, consumers spent heavily this holiday season — U.S. retail sales were up more than 5 percent over last year, according to a Wednesday report.

"We started the week with pessimism as widespread as I've seen since the great financial crisis in 2008," Jack Ablin, chief investment officer at Cresset Wealth Advisors, said. "So I think with investors' expectations so negative, any positive news was taken as great news."

The next morning, consumer confidence dipped to its lowest point in five months. The measure is an "important ingredient in how the market behaves, at least over shorter-term periods," Ablin said.

Most data points have the economy chugging along: The job market is holding strong, with unemployment at the lowest level in nearly 50 years. Economic growth is also holding up well — gross domestic product expanded at a sturdy 3.5 percent in the third quarter.

But despite this, investors have grown anxious amid U.S.- China trade tensions, new signs of a global economic softening and renewed friction between President Trump and Federal Reserve Chair Jerome Powell. Last week the Fed hiked interest rates for the fourth time this year, a move Trump had argued against.

"I think the reason it feels worse is we just came out of a year where we had basically a straight upward line and a 19 percent return from the S&P," said Jason Pride, chief investment officer at Glenmede. "We had basically no volatility last year and a strong rising market."

The negative market news "sets us up for an incrementally positive 2019," he said. "I think we still have some issues to work out in the first half of the year."

"Perhaps after some uncertainty in the first quarter, maybe we get our footing sometime in March or April," Ablin said. "And I think, then, the rest of 2019 can end the year on a positive note."