Accessibility links
Syrian Army Amasses Outside Kurdish-Held Manbij, As Turkish Force Looms Over Border Weeks ago, Turkey threatened to send its military over the border if Kurdish militants didn't leave Manbij. Now the U.S.-backed Kurds seem to be making a deal with the Syrian regime. 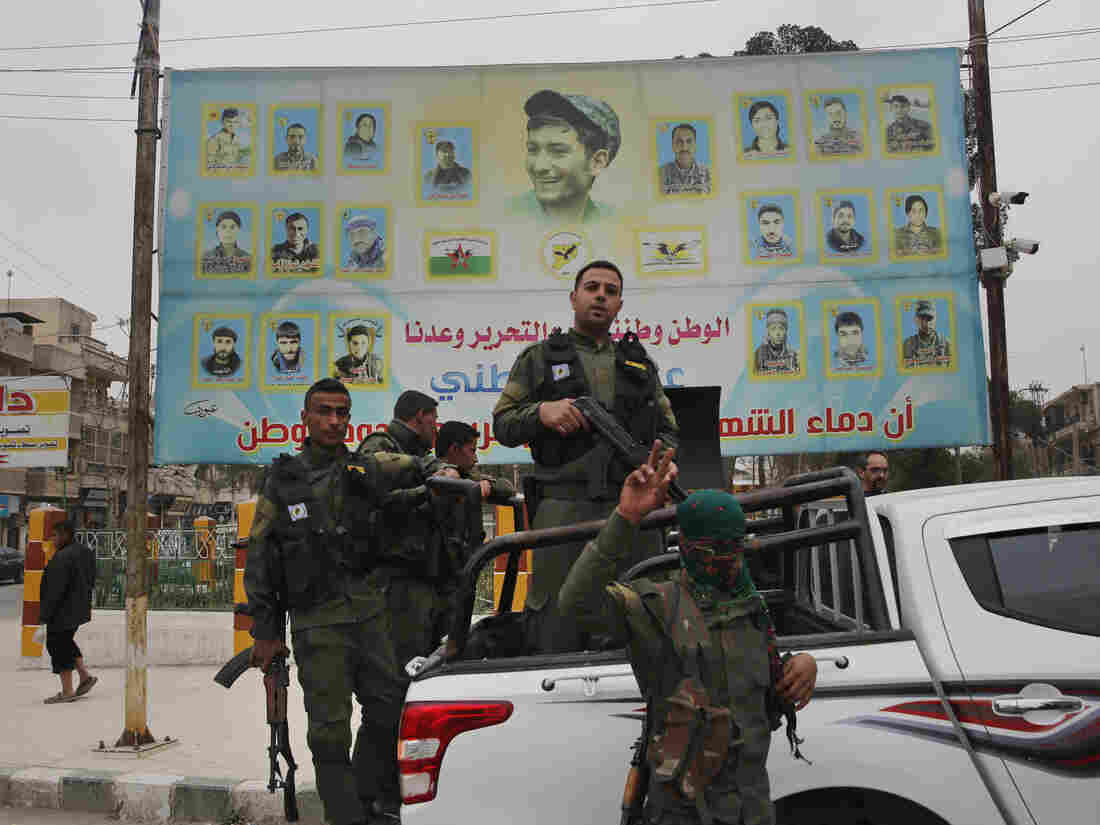 U.S.-backed Kurdish militants seem to be in talks with the Syrian regime to hand over the city of Manbij. Turkey has threatened an offensive against the town if the Kurds remain in control. Here, members of the Kurdish internal security force are seen in a photo from March. Hussein Malla/AP hide caption 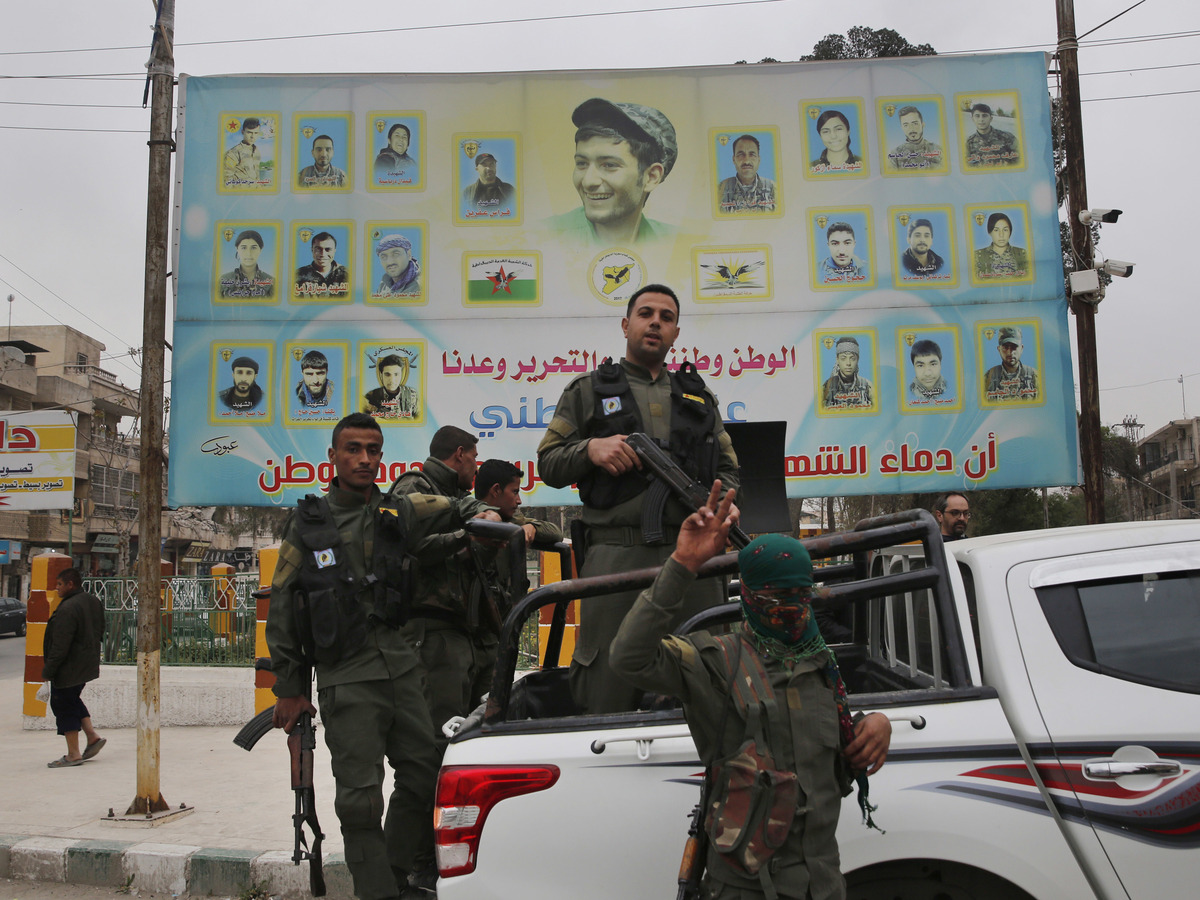 U.S.-backed Kurdish militants seem to be in talks with the Syrian regime to hand over the city of Manbij. Turkey has threatened an offensive against the town if the Kurds remain in control. Here, members of the Kurdish internal security force are seen in a photo from March.

Syria's army is grouping at the outskirts of Manbij, a hotly contested town near the Turkish border, in a move that is apparently coordinated with the pending withdrawal of Kurdish militants who have long held the city.

The news comes after initial media reports suggested that for the first time in six years, Syrian troops had taken control of the northern city. Manbij is occupied by both the U.S.-backed Kurdish YPG and American troops.

The maneuvers come in the wake of President Trump's decision to withdraw the 2,200 U.S. troops in Syria — a move that puts in peril the Kurdish forces that have been fighting alongside the U.S. against ISIS.

The Turks have opposed Kurdish control of Manbij because of links between the Syrian Kurds and Kurdish militants who stage attacks in Turkey. Turkey has been threatening to attack Manbij, and the Kurds are likely seeking the help of the Syrian government to prevent that.

For now, it looks like this is all part of ongoing negotiations between the Kurds and Syrian officials — possibly for when the U.S. does pull out.

"U.S. forces have not pulled out," a U.S. military official told NPR on Friday.

"Despite incorrect information about changes to military forces in the city of Manbij," the U.S.-led International Coalition for Operation Inherent Resolve said, it "has seen no indication that these claims are true."

Hinting at the sensitivity of this process, the military's statement added, "We call on everyone to respect the integrity of Manbij and the safety of its citizens."

On Friday morning, the official Kurdish YPG twitter account tweeted: "We invite the Syrian government forces to assert control over the areas our forces have withdrawn from, in particular Manbij, and to protect these areas against a Turkish invasion."

We invite the Syrian government forces to assert control over the areas our forces have withdrawn from, in particularly Manbij, and to protect these areas against a Turkish invasion.https://t.co/OAkymO8s9Q

Manbij is located about 10 miles south of the Turkish border, west of the Euphrates River. It's on the edge of a swath of northeastern Syria that Kurds have controlled during the country's long and devastating civil war.

In anticipation of the Syrian force's arrival at the city, videos were posted on pro-regime websites in recent days that showed troops moving up toward Manbij. And on Friday morning, a Syrian army officer posted a video statement saying the Syrian regime is "taking back rightful territories."

A source with ties to the Manbij Military Council, who asked not to be named as he does not have authorization to speak with the media, says there "are some negotiations that are ongoing" with the Syrian regime.

Earlier this week, reports emerged that forces loyal to Syrian President Bashar Assad had taken up positions in a village near Manbij and that Turkey's military had been massing tanks and troops just across the border to the north.

The new developments follow President Trump's order for the complete withdrawal of U.S. troops from Syria — a force that's concentrated near the Turkish border.

Erdogan's government deems the YPG to be a terrorist group, with ties to Kurdish separatists in Turkey. And with a Turkish force gathering north of the border, many in the U.S. and elsewhere have been concerned that there might be a repeat of a Turkish incursion from March, when its forces ousted YPG fighters from the Syrian city of Afrin.