Accessibility links
'Black Mirror: Bandersnatch' Makes You Choose Your Own Adventure Netflix premiered its first interactive film for adults on Friday — one where you make choices on-screen to decide what happens next. It tells the story of a programmer trapped with his game. 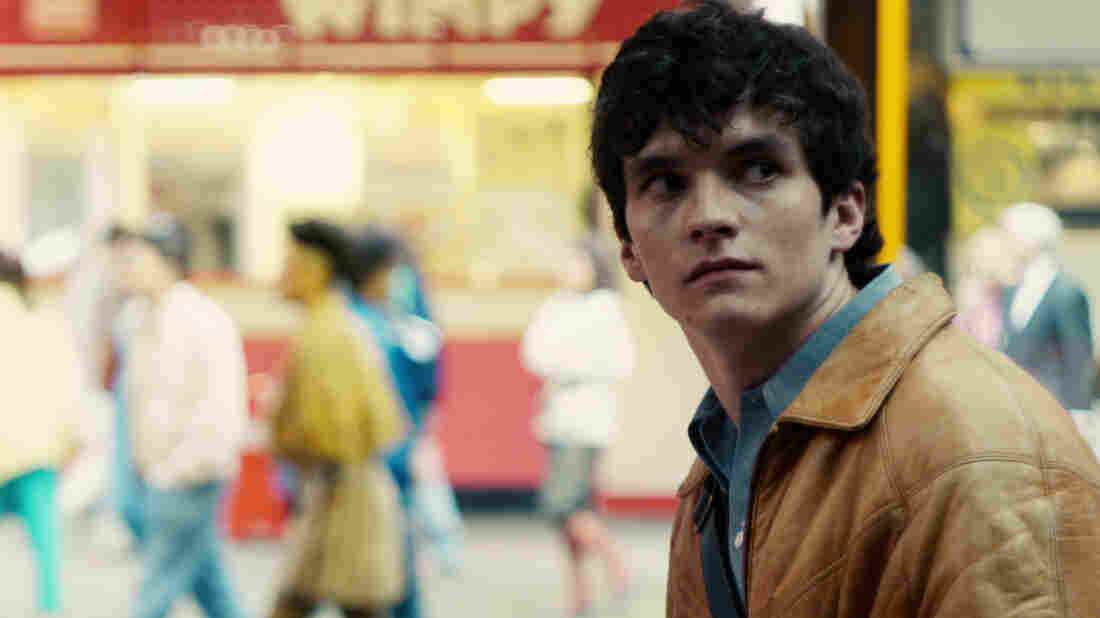 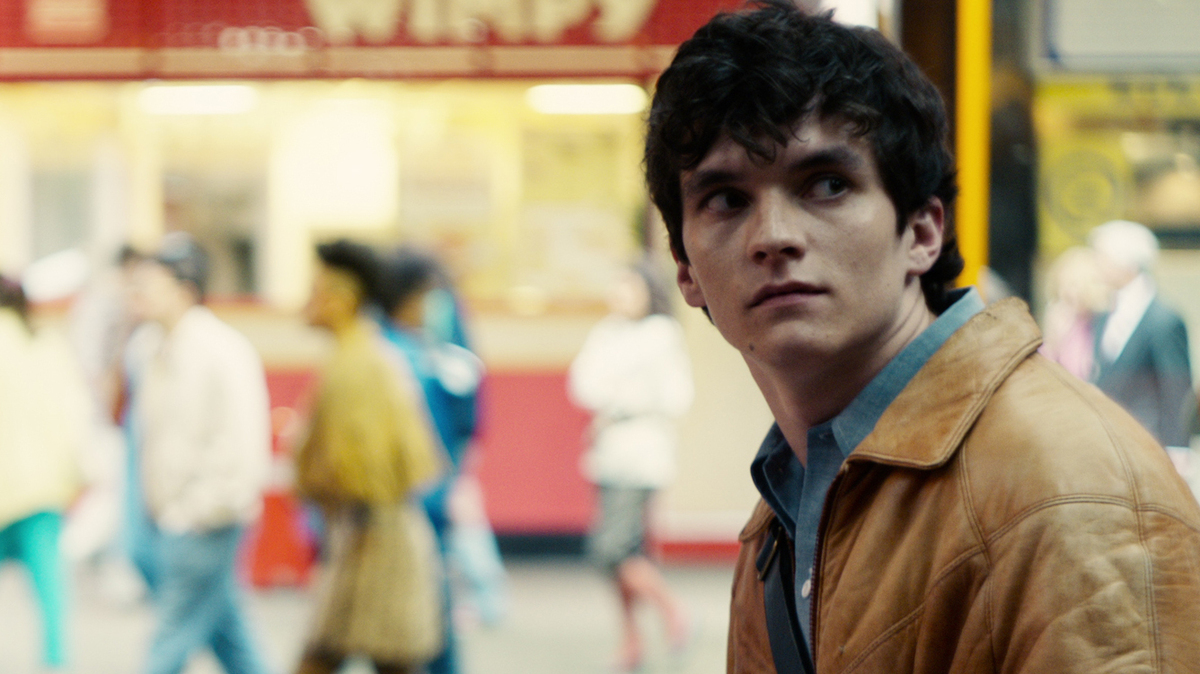 Netflix is hungry, and it's got its eye on a juicy slice of interactivity.

The streaming service started its originals business with prestige dramas and comedies. But its appetite increases, and now it also wants to be your source for holiday schlock, baking competitions, home renovation shows, documentaries, animation, stand-up specials, and romantic comedies. And it's looking for new areas that it can own, new ways it can make itself essential, new worlds it can dominate. A new film that can follow a variety of paths depending on choices made by the viewer — a film that's almost a game — is the next direction it would like to stomp its giant feet.

Black Mirror, a science fiction anthology series focused on the horrors of technology, was originally on British television. Now, Netflix makes it directly for its streaming service. On Friday, Black Mirror released its latest installment, called Black Mirror: Bandersnatch. Set in 1984, it's about a young programmer named Stefan working on a game adaptation of a famous "choose your own adventure" book. For those who aren't familiar, CYOA books (which really existed) are books where at certain points, the story asks you to make a decision. Something like, "If you pick up the stick, turn to page 49. If you leave the stick on the ground, turn to page 51." And you would follow the story from there. CYOA was an elementary, low-tech version of interactivity, long before today's complex open-world games were available.

The innovation of Bandersnatch itself is that it functions similarly. While you're watching the film, on Netflix, on your television, a choice will come up on the screen, and you'll use your remote (or your computer or finger or whatever) to choose the option you want. The first choice, for instance, is what Stefan will have for breakfast from the two cereals his father shows him. Whichever you choose, that's what you see his father hand him. As you can imagine, the choices grow more significant than that later in the film.

It would have been good to see this technology demonstrated on a stronger story. While it obviously makes sense for Stefan to be developing a CYOA game inside a Netflix CYOA movie about him — that's kind of the joke — you don't really learn enough about who he is to care about him. Sure, he's getting angry and wondering if he's losing it while he works on his game, but that's pretty elementary "isolated artist who might go mad" stuff, and it doesn't really hold up a narrative on its own.

But while the story sags a bit, the execution is largely seamless. There's a lull in the action while you make each choice (if you don't choose, there's always a default option), but it generally doesn't actually hitch or pause or hiccup before it continues. It rolls right on, as instructed by you. Should Stefan say yes or no to a tempting offer? Should he take medication or not? Should he listen to the Thompson Twins or a compilation cassette?

The novelty is interesting, and in a couple of places, the story flirts with some great ideas about control and free will that have a connection to the very fact that you are — to some degree — dictating the narrative you see. Bandersnatch has a couple of classic Black Mirror-ish tricks to spring, and on a first viewing (which might take you an hour and a half or so), they're a lot of fun.

But this is a long way from being a fully developed concept that Netflix can deploy for other forms like romances or comedies (as representatives have suggested it might). There's just a distance, not yet bridged, between what a movie is and what a CYOA book is — let alone what a game is.

After the first time you follow Bandersnatch through to one of what Netflix says are its five endings, it quickly becomes tiresome to try to find others. Fast forward and rewind are of limited use — you can jump 10 seconds ahead or back, but only within the unbroken segment you're watching, between the last choice you made and the next one. That means you can't, for instance, make a choice and then jump back past the choice point and try the other one, like you can with a CYOA book. The software sort of behaves like it remembers what you've already seen, but in part for technical reasons and in part because a lot of segments look alike and happen in the same settings and involve the same elements, you can't immediately say, "Oh, I've seen this part" and double back. (Again, this is crucial to CYOA navigation on paper.)

As for comparisons to games, in games where people are willing to try again and again to reach the end of a sprawling game, they're usually trying to solve puzzles or develop game skills. They have to figure out how to beat that monster, open that bridge, get past that gate. But here, trying to find all the variations is just a matter of guessing, wandering through binary choices until something happens that you haven't already seen. When the rubber hits the road, a film is still linear in a way that a book isn't. Trying to see what other options might lead to, I wound up watching scenes six or seven times that were not interesting enough to watch six or seven times.

There are also some moments that I found deeply frustrating where there aren't really two choices — there's only one, in that the other creates a loop where you're simply shown the same segment of story again to force you into choosing the one that will actually move you forward. Similarly, Stefan jolts awake quite a lot, and sometimes it's clearly just a way to push you into a new situation.

More troublesome is the fact that because many choices lead to the same outcomes and many paths form loops, the story can't help but lose its narrative integrity as you experiment with it. When you've already seen it once all the way through and you keep exploring, you'll keep thinking, "Did the event I'm remembering already happen in this version I'm watching now, or only in the first one?" There's some effort to make this a feature rather than a bug with a lot of jabber about time and a story that is partly about losing your grip on reality. But that makes for a pretty flimsy explanation of what becomes a pretty tedious viewing experience.

It's easy to write all this off under "they meant to do that." You could choose to believe that it's intentional that the story falls apart and that you become disoriented and can't figure out what's occurred in this version and what hasn't. But you're probably not supposed to be bored, which I eventually was. And you're probably not supposed to realize you don't actually care what happens to any of the people, which I eventually did.

This is a piece of television that is especially eager to convince you to view it more than once — multiple viewings with their attendant obsessives are surely one upside of interactivity. Unfortunately, it's especially poorly suited to being watched more than once. After your first time through, when you'll see most of the things that are interesting about it (including some that are charmingly self-referential bordering on "cute"), you're likely to experience rapidly diminishing returns as you try to find things within the story itself to pay attention to. In fact, you may even wind up aggravated, muttering to yourself, "QUIT SHOWING ME THE SAME SCENE IN THE RECORD STORE." (Just, you know. For example.)

Experimentation is good. Just getting this thing onto a streaming platform in a workable and intact condition is a huge accomplishment. And parts of Bandersnatch are undeniably clever. But this model is still the smart watch of television, if you will — kind of a cool gadget to mess around with, and good for certain things. But it's not anything you particularly need, and it's not ready to replace the things it might hope to convince you it can render obsolete.