Accessibility links
'We Can Win': Elizabeth Warren Outlines 2020 Presidential Bid Warren is launching an exploratory committee. The 69-year-old senator, former law professor and consumer advocate is likely to face a crowded Democratic field eager to take on President Trump in 2020. 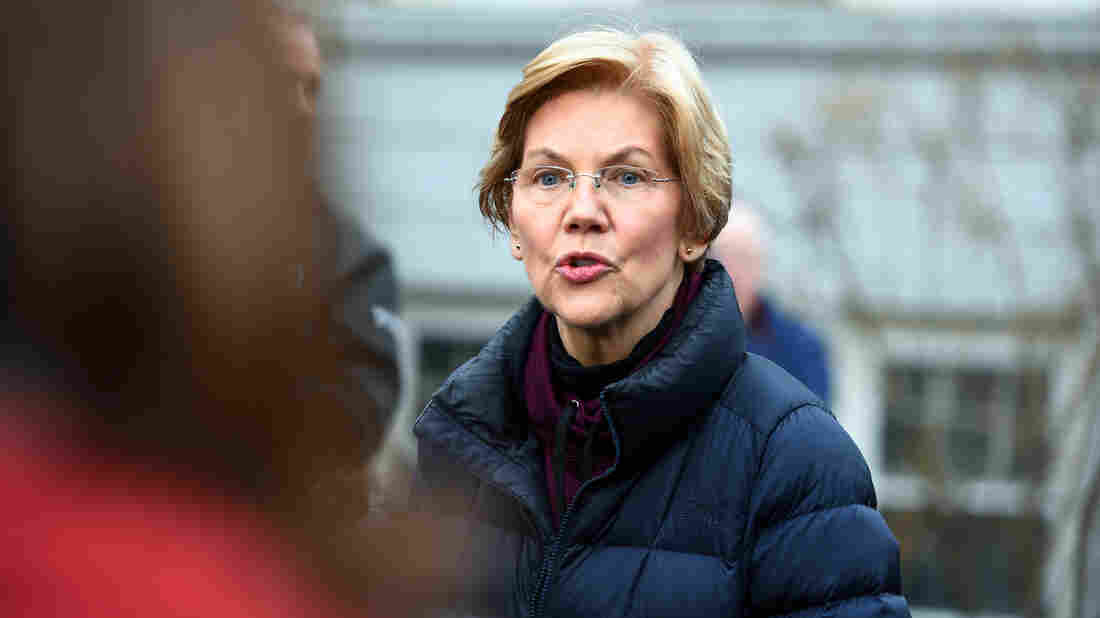 Massachusetts Sen. Elizabeth Warren speaks to reporters outside her home in Cambridge, Mass., on Dec. 31, after announcing plans to explore a campaign for the 2020 Democratic presidential nomination. Meredith Nierman/WGBH hide caption 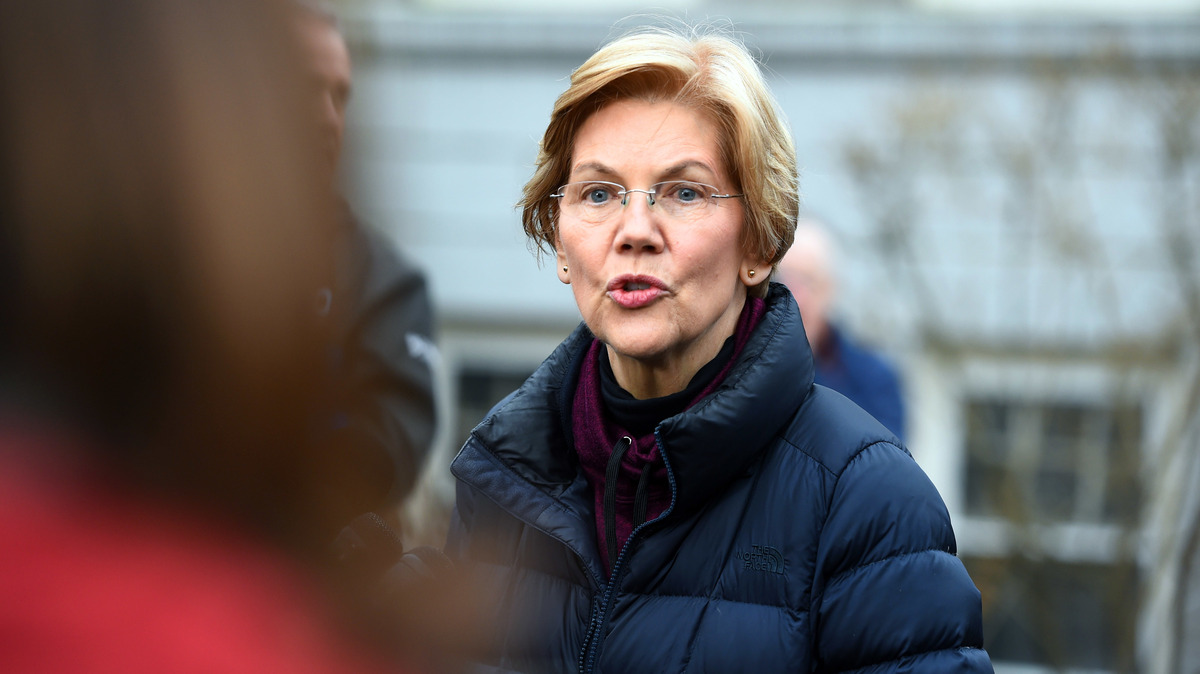 Massachusetts Sen. Elizabeth Warren speaks to reporters outside her home in Cambridge, Mass., on Dec. 31, after announcing plans to explore a campaign for the 2020 Democratic presidential nomination.

Massachusetts Sen. Elizabeth Warren essentially kicked off her 2020 presidential campaign on Monday, announcing an exploratory committee — a formal step toward seeking the Democratic nomination for president in 2020 — along with outlining a pitch to voters.

In a highly produced 4 1/2 minute video emailed to supporters on New Year's Eve, Warren made a populist political appeal, recounting her own middle class background and her work on consumer financial protections.

Warren insisted the middle class is "under attack" from corporations and the right, including President Trump, who she vowed can be defeated in 2020.

"How did we get here?" she asked rhetorically. "Billionaires and big corporations decided they wanted more of the pie. And they enlisted politicians to cut them a fatter slice."

Warren's possible strength in what will be a crowded contest includes her track record of speaking to economic concerns. She has also consistently shown that she's willing to fight with President Trump. But she is a polarizing figure who may struggle to craft her own narrative, in part, because she has become a foe for conservatives, who portray her as a liberal elitist by pointing to her background as a Harvard law professor.

Prior to 2012, when she became the first woman elected to the Senate from Massachusetts, Warren had never held elected office.

Still, the 69-year-old senator has been a liberal icon since even before she was first elected. A professor turned consumer advocate, she was instrumental in the establishment of the Consumer Financial Protection Bureau, a watchdog agency created in the aftermath of the 2008 financial crisis. But her outspoken criticism of the banking industry has also earned her the ire of some conservatives.

During her years as a senator, Warren is perhaps best known for sharply grilling financial executives. In 2016, she famously told the then-CEO of Wells Fargo he "should resign" for leading the bank during a time when it created fake accounts.

Speculation that Warren might run for president began almost as soon as she won her Senate seat in 2012. In 2016, many progressive groups urged her to run for president and her hometown newspaper, the Boston Globe, even ran an editorial arguing that "Democrats need Elizabeth Warren's voice in 2016 presidential race."

Warren passed up the opportunity, but four years later she is now ready — although she will face a much larger field, including possibly other progressive favorites like Vermont Sen. Bernie Sanders and several other fellow senators likely to join the fray. Some two dozen Democrats are expected to run for president this cycle, including a number of women and candidates of color. It's not clear those same progressive activists who had encouraged Warren to run a few years ago will back her this time with a wider field to choose from.

"Senator Elizabeth Warren's formal entrance into the 2020 race for President today helps launch what we believe will be a vibrant discussion of bold, inclusive populist ideas in the Democratic Primary, and we look forward to the wide array of progressive candidates that we expect to join her in it in the year ahead," said Charles Chamberlain, executive director of Democracy for America, in a statement. In 2014 and 2015, DFA worked with Moveon.org to encourage Warren to run for president.

Warren's entrance into the contest to try and challenge President Trump in 2020 is a development he's likely to relish. Trump has frequently delighted in derisively calling Warren "Pocahontas," a reference to her 2012 campaign against Republican Scott Brown when he claimed she had misrepresented her family's Cherokee heritage for professional gain. In October 2018 — one of the clearest signs yet she was readying for a national campaign — Warren released results of a DNA test showing that she did have Native American ancestry going back several generations. The Cherokee Nation, however, called the DNA testing "useless."

The incident was intended to quiet critics, but quickly became a cultural faux pas of its own. Trump's taunting did not end. And even some Democrats accused Warren of misunderstanding the complexity of race and identity.

Warren appears to target voters of varied cultural, geographic and economic backgrounds with an anti-corporate, pro-worker message in her initial campaign pitch. One of the biggest criticisms of Hillary Clinton's failed 2016 bid was a focus on appealing to specific demographic groups, particularly marginalized groups, alienating white, working-class voters who helped elect Trump.

In her launch video, Warren touched on her working-class childhood in Oklahoma. She discusses how her mother got a minimum wage job at Sears when her father got sick, in order to keep the family in their house.