Accessibility links
Lawmakers Hope New House Day Care Will Keep Staff On Capitol Hill A new day care facility is opening Jan. 2 for employees in the House of Representatives which will reduce the wait list for childcare from three years down to one. 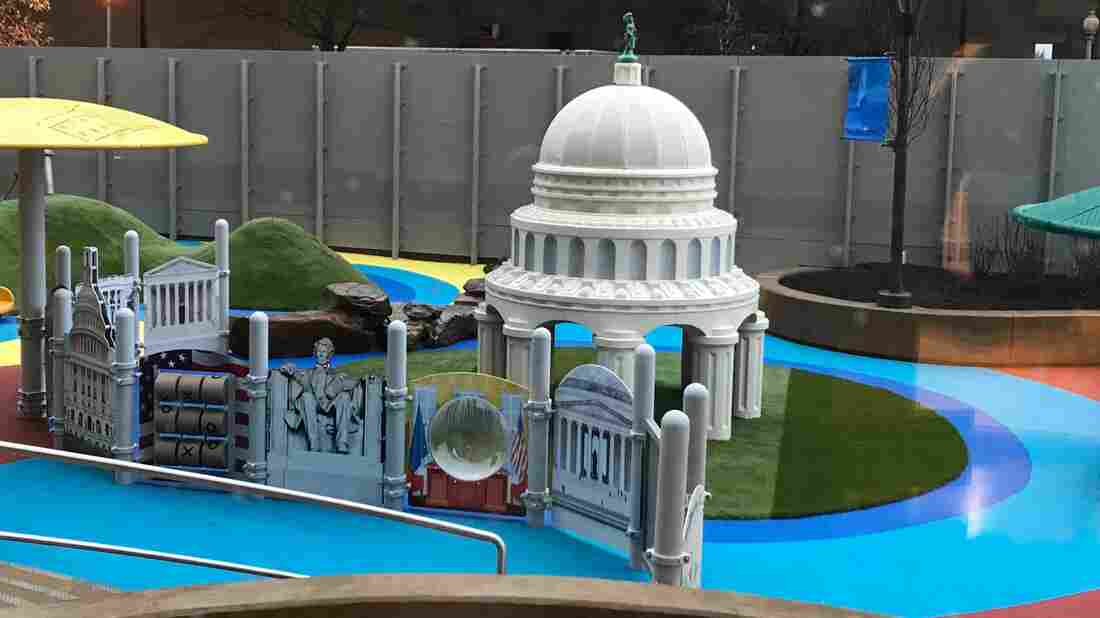 The playground of the new day care facility for staff and lawmakers in the House of Representatives evokes the skyline and the many monuments of official Washington. Architect of the Capitol's Office hide caption 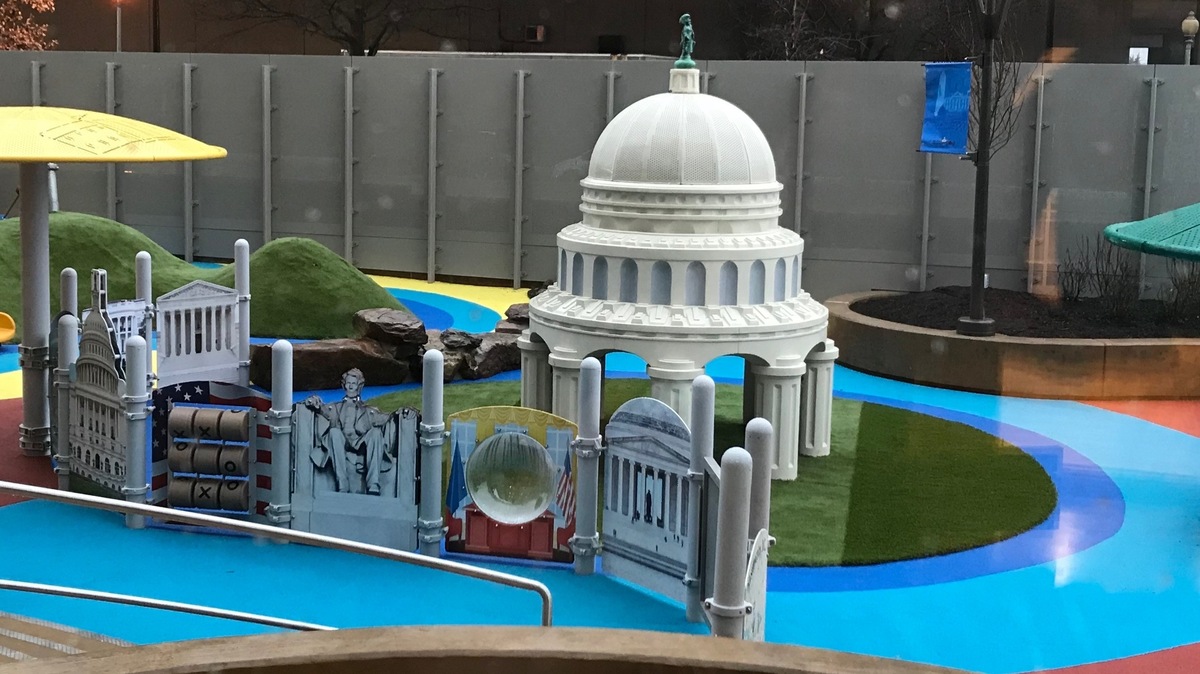 The playground of the new day care facility for staff and lawmakers in the House of Representatives evokes the skyline and the many monuments of official Washington.

Architect of the Capitol's Office

Within sight of the U.S. Capitol dome, a new dome is about to open. It's on the playground of a new day care facility exclusively for U.S. House employees, and the playground is designed in part to look like a kid-sized National Mall.

"This is the only Washington Monument in D.C. that you can climb up," joked House Majority Leader Kevin McCarthy, R-Calif., who helped inspire the playground's design.

McCarthy will become minority leader in the next Congress, but as majority leader he used the office to secure space in a government building adjacent to the Capitol — and more than $12 million in taxpayer funds — for a 26,000 square foot, state-of-the-art childcare facility. 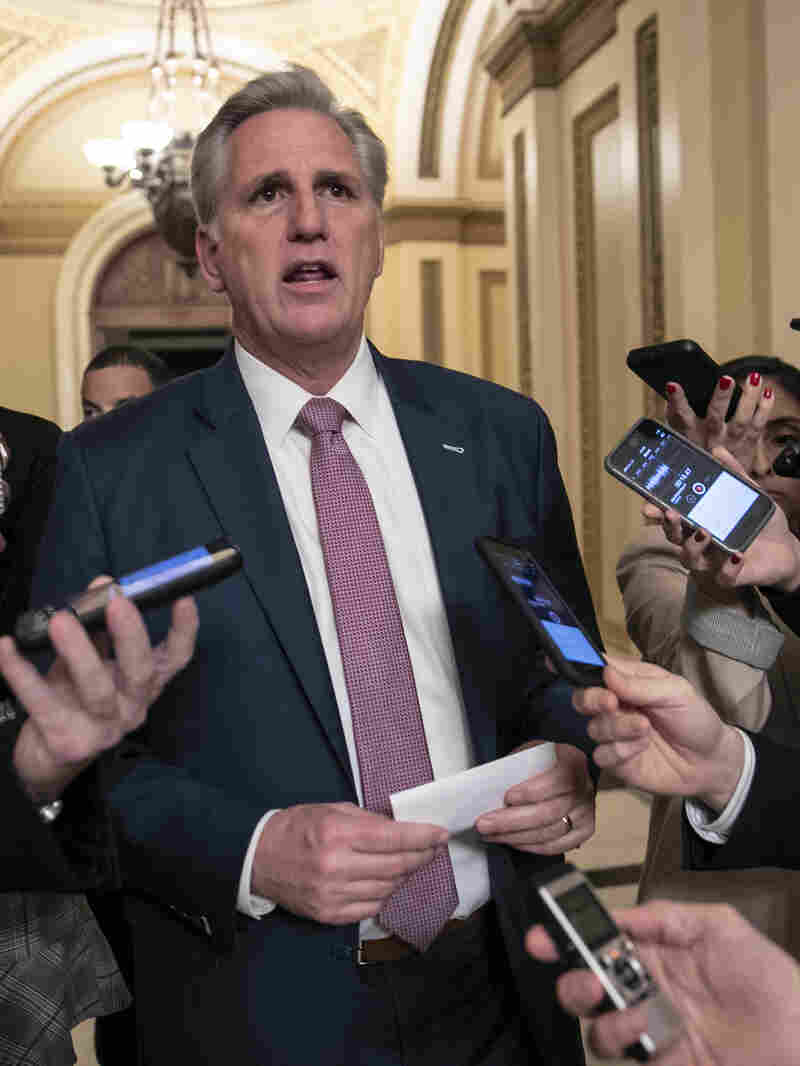 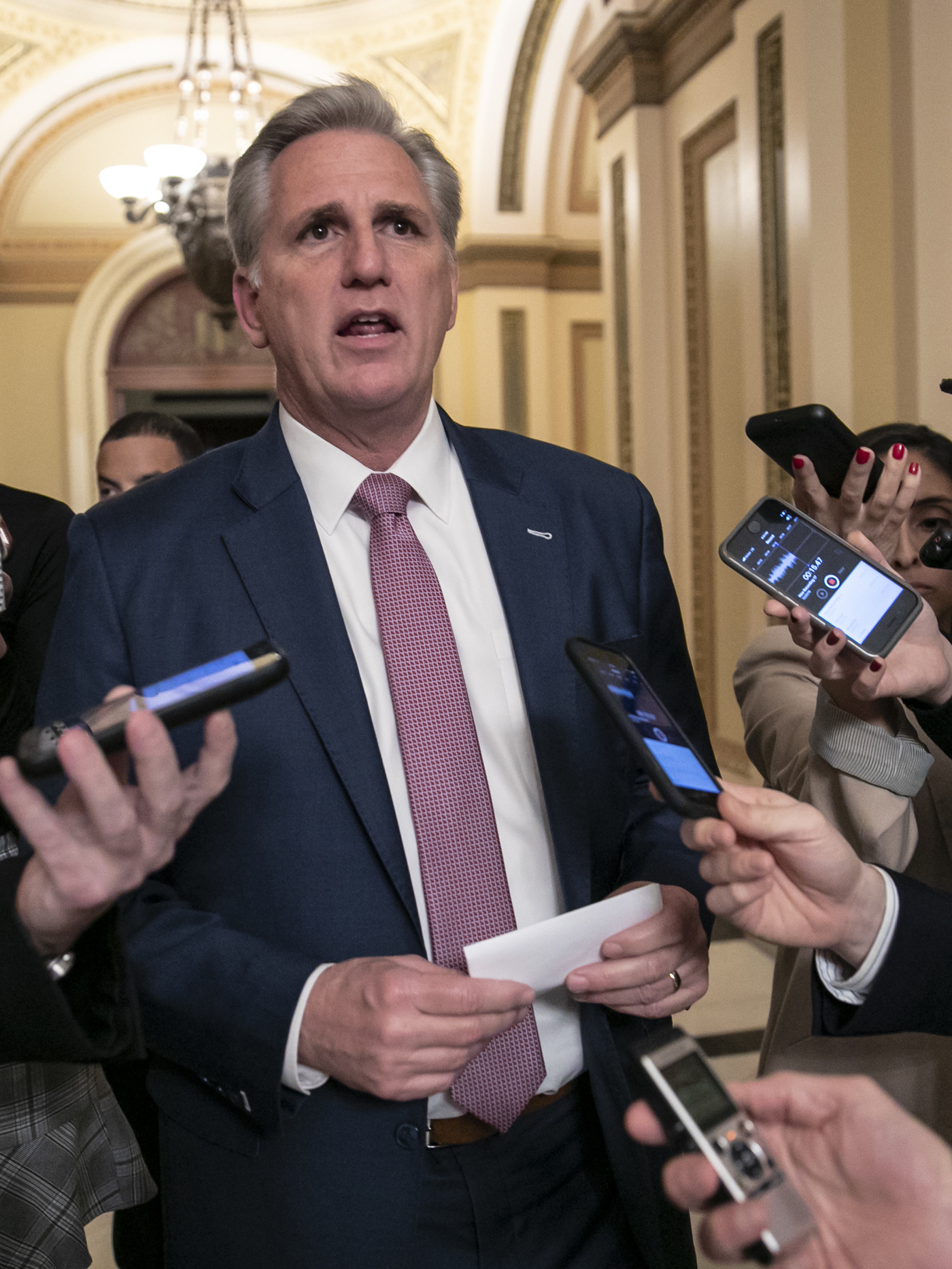 The first phase, opening this week, will provide care for up to 120 infants and toddlers. The second phase will add 122 preschoolers in about a year. The expansion will reduce the House day care's waiting list from three years down to just one, making it much easier for new parents to plan for childcare.

This use of taxpayer funds could open up Congress to criticism, but McCarthy says the goal here is to keep highly qualified staff on the Hill. The day care is only available to House employees. (The Senate operates its own day care facility that continues to have a lengthy wait list.)

"If somebody is working for you and wants to continue to serve government, but says 'I don't have day care so I can't stay here, the wait list is too long, the quality is not there,' then you are disadvantaging who can actually serve and work in government at the same time," he told NPR.

The wait list for the House day care had become so long that staffers were signing up before they were even pregnant. "I've had friends who the minute they got engaged, they're putting themselves on the list," said Melissa Murphy, chief of staff to Rep. David Rouzer, R-N.C., who has two children currently in the day care.

Murphy said it's common for congressional staffers to make a reluctant decision to leave the Hill for more lucrative jobs in the private sector, when they decide to start a family. "It's really upsetting to see because they make the decision to leave the Hill and leave public service because the cost of private day care is difficult to maintain on some of the congressional salaries," she said.

The House day care costs between $1100 and $1700 a month — a fraction of the cost of comparable private day care in the Washington, D.C., area, which ranks as one of the most expensive places in the country to raise children.

Lawmakers get no special treatment. "I never made it off the list," said Rep. Jaime Herrera Beutler, R-Wash., "I had to keep looking like everyone else does. You get on a list, you hope it works, and if it doesn't work you've got to make something happen."

NPR identified only two members of Congress — both male lawmakers — who currently have their children enrolled in the day care.

Herrera Beutler is one of only ten lawmakers who have given birth while serving in Congress. She is also trying to recruit more young women to run for office, and she said childcare concerns are one of the biggest deterrents for women to run. She hopes the new day care can help change that culture, too.

"The message is: You can make this work. For the good of the country and for the good of your family. And so I feel like the day care facility was just another opportunity to give that option so that we get more women — so we are going to be more representative of the American people," she said.

The new day care could also open up Congress to public criticism that lawmakers are willing to provide quality, affordable, subsidized childcare for their own, but have done little legislatively to ease the crushing costs of childcare for American families.

Outgoing Rep. Kevin Yoder, R-Kansas, played a lead role in securing the taxpayer funds for the day care expansion. Yoder said he sees it as Congress setting a standard for the private sector to compete against.

"Congress is trying to lead and make it clear that as a governing body we think it's important that employers put childcare as a priority," he said.

And as of this week in the House of Representatives, it is.