Accessibility links
To The Dismay Of Free Speech Advocates, Vietnam Rolls Out Controversial Cyber Law The law requires Internet companies to store locals' data in Vietnam and hand over user information if the government asks for it, among other contentious provisions.

To The Dismay Of Free Speech Advocates, Vietnam Rolls Out Controversial Cyber Law

To The Dismay Of Free Speech Advocates, Vietnam Rolls Out Controversial Cyber Law 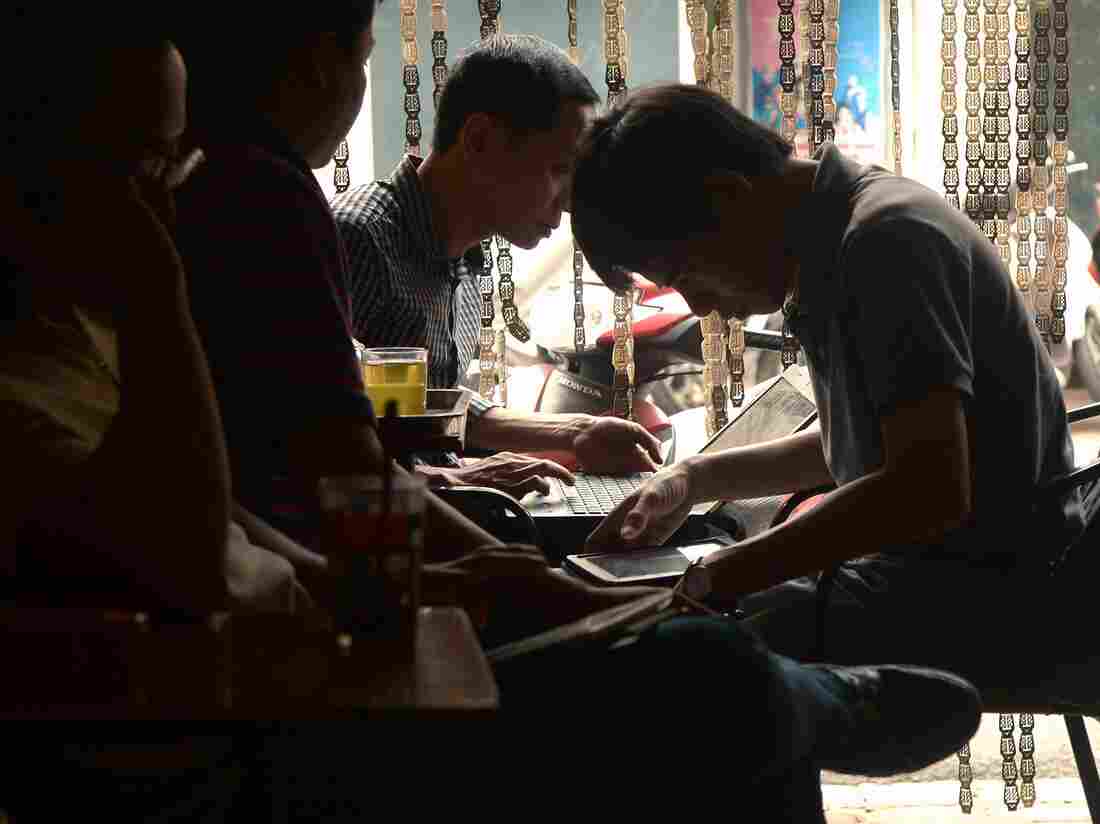 Men use tablets and laptops to check news at a coffee shop in Hanoi in 2014. Today almost half of Vietnam's population of over 95 million have access to the Internet. A new and controversial cybersecurity law goes into effect nationwide Tuesday. Hoang Dinh Nam/AFP/Getty Images hide caption 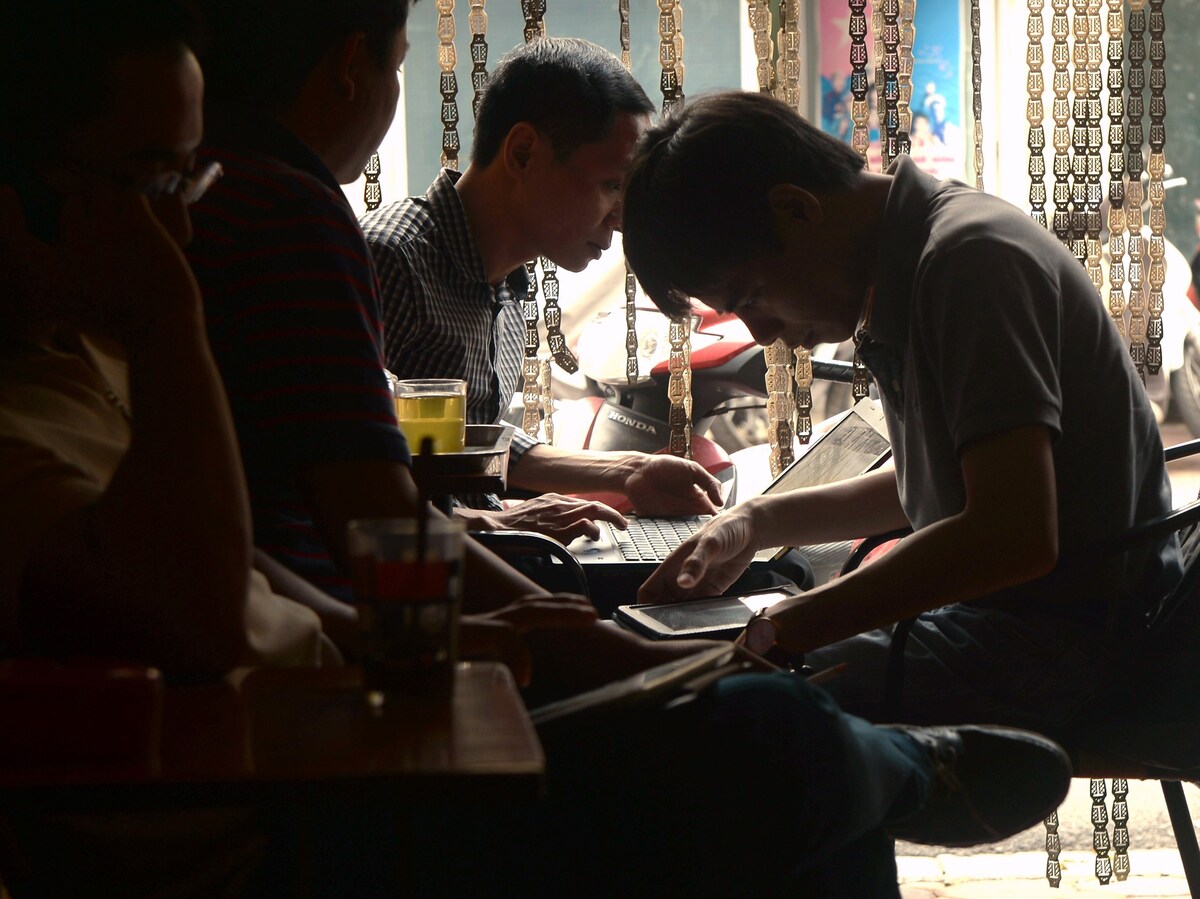 Men use tablets and laptops to check news at a coffee shop in Hanoi in 2014. Today almost half of Vietnam's population of over 95 million have access to the Internet. A new and controversial cybersecurity law goes into effect nationwide Tuesday.

A new cybersecurity law has gone into effect in Vietnam that puts stringent controls on tech companies operating inside the country and censors what its citizens read online.

The decree, which was passed by the National Assembly in June, requires companies such as Facebook and Google to open offices in Vietnam, store local user data and to hand over information if the government asks for it. It would also require social media companies to remove any content authorities deemed offensive or "toxic."

Opponents of the law say it could hurt Vietnam's economic prospects and allow the one-party communist government to further crack down on dissent and free speech.

The industry group Asia Internet Coalition told Reuters that the law would hurt Vietnam's ambitions for economic and job growth.

"These provisions will result in severe limitations on Vietnam's digital economy, dampening the foreign investment climate and hurting opportunities for local businesses and [small-to-medium-sized enterprises] to flourish inside and beyond Vietnam," AIC Managing Director Jeff Paine said. Both trade and foreign investment are critical components of Vietnam's economy.

A Joke On Facebook Puts American Expatriate At Odds With Vietnam

In a statement released shortly after it was passed, Clare Algar, director of global operations at Amnesty International, said the law's sweeping power "has potentially devastating consequences for freedom of expression" in Vietnam.

"This vote means there is now no safe place left [in Vietnam] for people to speak freely," she said.

The Vietnamese government says the law is necessary to fight cybercrime such as cyber-espionage, and prevent cyberterrorism. Maj. Gen. Luong Tam Quang, chief of Vietnam's Ministry of Public Security, said in a news conference in early November that the new cyber law brings Vietnam in line with other countries that also want to protect their domestic users' information and that the law was "within the ability of business."

Internet companies have a year to comply, despite pleas from tech firm, reports Reuters. U.S. lawmakers even made an appeal to Facebook and Google to not comply with the law.

"The cyber security law does nothing to protect internet users," 17 members of the Congressional Vietnam Caucus wrote in a letter. "Rather, it is a blatant effort by the Vietnamese government to crackdown on online expression by enlisting the help of leading technology companies."

Google declined to immediately comment to NPR about its plans now that the law has been implemented. Facebook also did not immediately return a request from NPR for comment. However, earlier this month Facebook said it "remains committed to its community in Vietnam and in helping Vietnamese businesses grow at home and abroad," Voice of America reported.

A growing and youthful middle class in Vietnam is a draw for digital companies, Bloomberg reports. Almost half of Vietnam's population uses the Internet, according to the World Bank, and the country has more than 60 million Facebook users. The new cybersecurity law comes into effect a little over a year after Vietnam deployed a 10,000-strong cyber unit to combat "wrong" views.