Accessibility links
Xi Urges Peaceful Unification Of China And Taiwan, But Won't Rule Out Using Force Independence of Taiwan is "a dead end," China President Xi Jinping said Wednesday during a speech marking the 40th anniversary of when Beijing sent a message to Taiwan calling for unification. 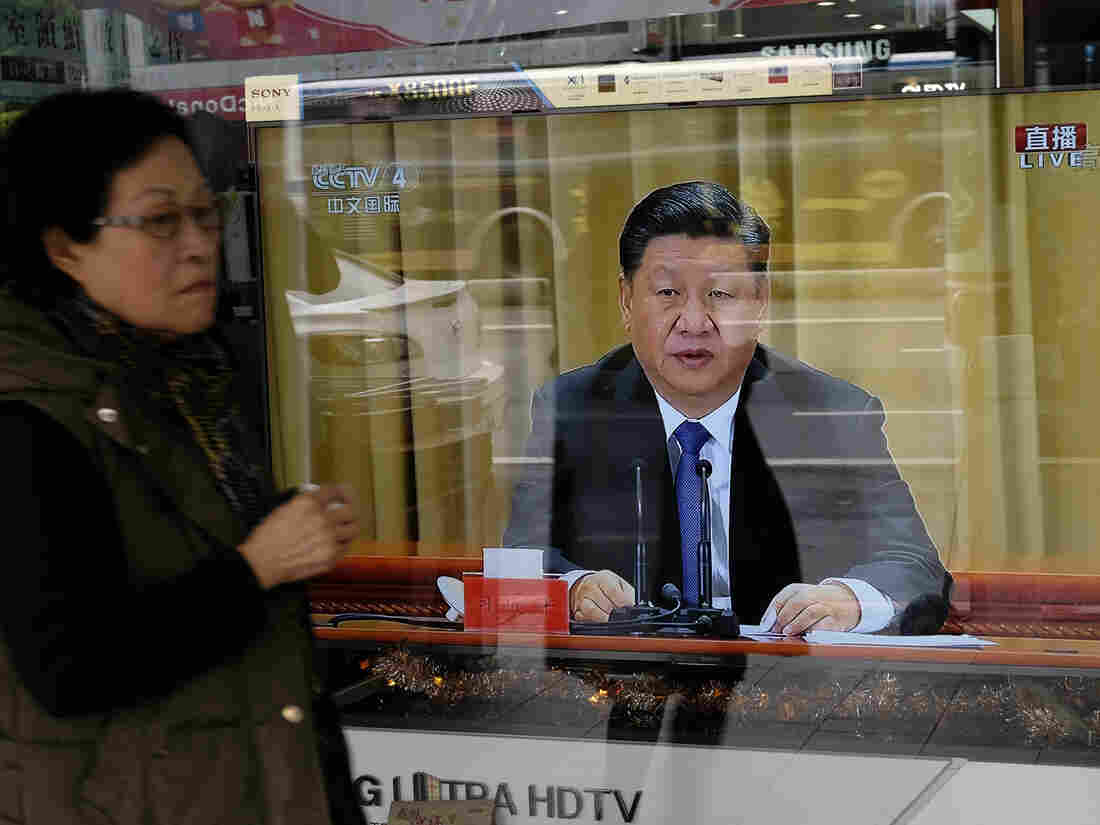 A woman walks past a television in New Taipei City showing China's leader Xi Jinping making a speech commemorating the 40th anniversary of a message sent to Taiwan in 1979. In his speech, Xi Jinping said Taiwan's unification with the mainland is "inevitable" and warned against any efforts to promote the island's independence. Sam Yeh /AFP/Getty Images hide caption 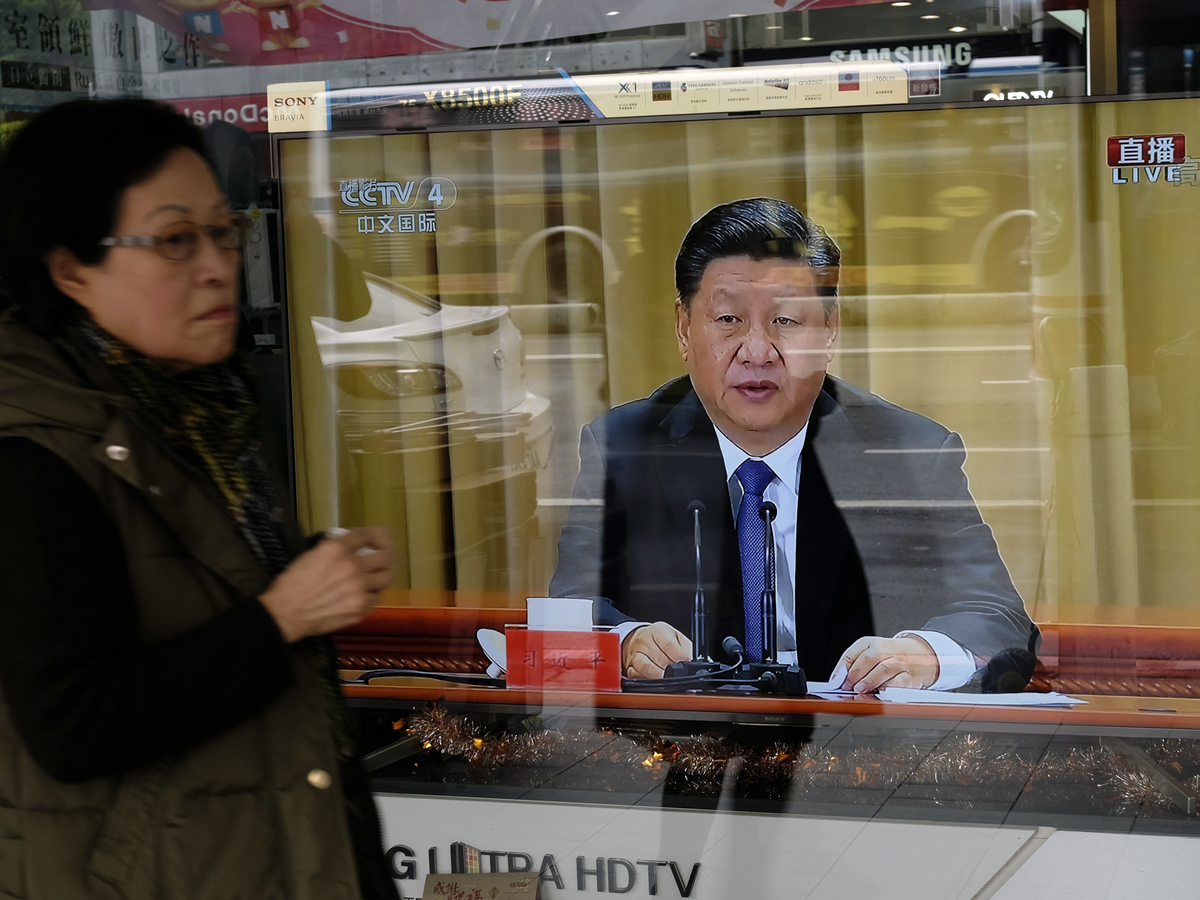 A woman walks past a television in New Taipei City showing China's leader Xi Jinping making a speech commemorating the 40th anniversary of a message sent to Taiwan in 1979. In his speech, Xi Jinping said Taiwan's unification with the mainland is "inevitable" and warned against any efforts to promote the island's independence.

A Taiwan independent from mainland China is not an option, and no person or party can stop the trend toward "unification," Chinese President Xi Jinping said in a policy speech Wednesday.

While Beijing would seek a peaceful "reunification" with the self-governing island of over 23.5 million people, The Associated Press reports Xi said China wouldn't rule out using force if necessary. "We are willing to create a vast space for peaceful unification, but we will never leave any room for any sort of Taiwan independence separatist activities," he said speaking at Beijing's Great Hall of the People.

Xi went on to say "independence would only bring profound disaster for Taiwan" and ensured the island a bright future under a one-country, two- system framework, according to Reuters.

The Chinese president's urging for the two to come to the table came during a speech marking the 40th anniversary of the "Message of Compatriots in Taiwan" when, on Jan. 1, 1979, China offered to open up communications and stop military action against the island. As NPR's Shanghai Correspondent Rob Schmitz has reported previously, Taiwan split from China in 1949 when the U.S.-supported Chinese nationalist leadership fled after losing a civil war to communist forces.

Then-president of Taiwan Chiang Ching-Kuo turned down Beijing's olive branch in 1979, reports Reuters, and later that year came out with the "Three-Noes Policy": no contact, no compromise and no negotiation with China.

In response to Xi's speech, current president since 2016, Tsai Ing-wen said Wednesday that Taiwan would not accept Beijing's offered arrangement of "one country, two systems," reports Reuters. In her own speech just the day before, Tsai, who is member of the pro-independence Democratic Progressive Party, urged China to respect Taiwan's democratic values.

More than 70 percent of Taiwanese believe Taiwan is already an independent country, according to an analysis done by The Washington Post. Unification with China has also become unpopular, the Post reports only one-third of Taiwanese citizens want to be part of China against — a drop from 60 percent who supported is in 2003.

Only about 20 countries across the globe recognize Taiwan as a sovereign nation, which means different governments from Latin America to Africa have become drawn into the long-running diplomatic spat over the years. The U.S., which does not recognize Taiwan as independent from China, is no exception. While the State Department says the U.S. enjoys "a robust unofficial relationship" with Taiwan, right after his inauguration President Donald Trump called Xi and promised that Washington would stick to the "One China" doctrine. Then just a little over a year later, the U.S. dedicated a new complex for the American Institute in Taiwan, which has long functioned as the de facto U.S. Embassy in Taiwan, NPR previously reported.

Though he didn't name any country specifically, Xi warned Wednesday against foreign interference in China's "Taiwan issue," saying family matters should be resolved by family members, reports the AP.