Accessibility links
Trump's Judicial Appointments Were Confirmed At Historic Pace In 2018 The Trump administration has achieved remarkable success in confirming federal judges, while left-leaning groups are sounding alarms about diversity and other concerns. 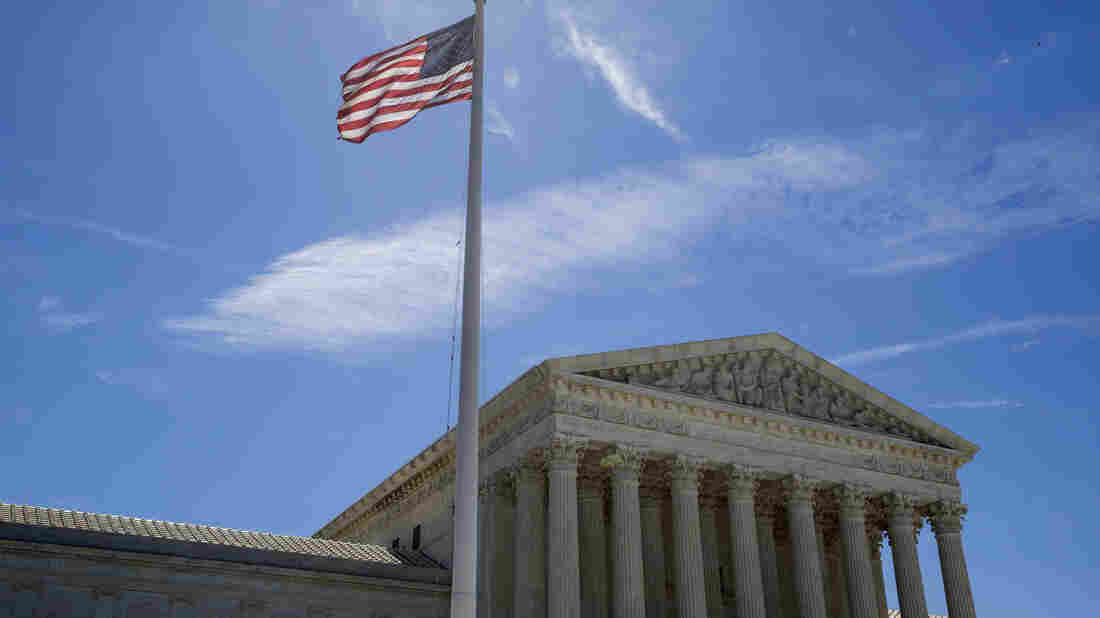 A flag flies outside the U.S. Supreme Court in Washington, D.C. The Trump administration's reshaping of the federal judiciary continued at a steady pace, with 18 new appeals court judges confirmed in 2018. Eric Thayer/Getty Images hide caption 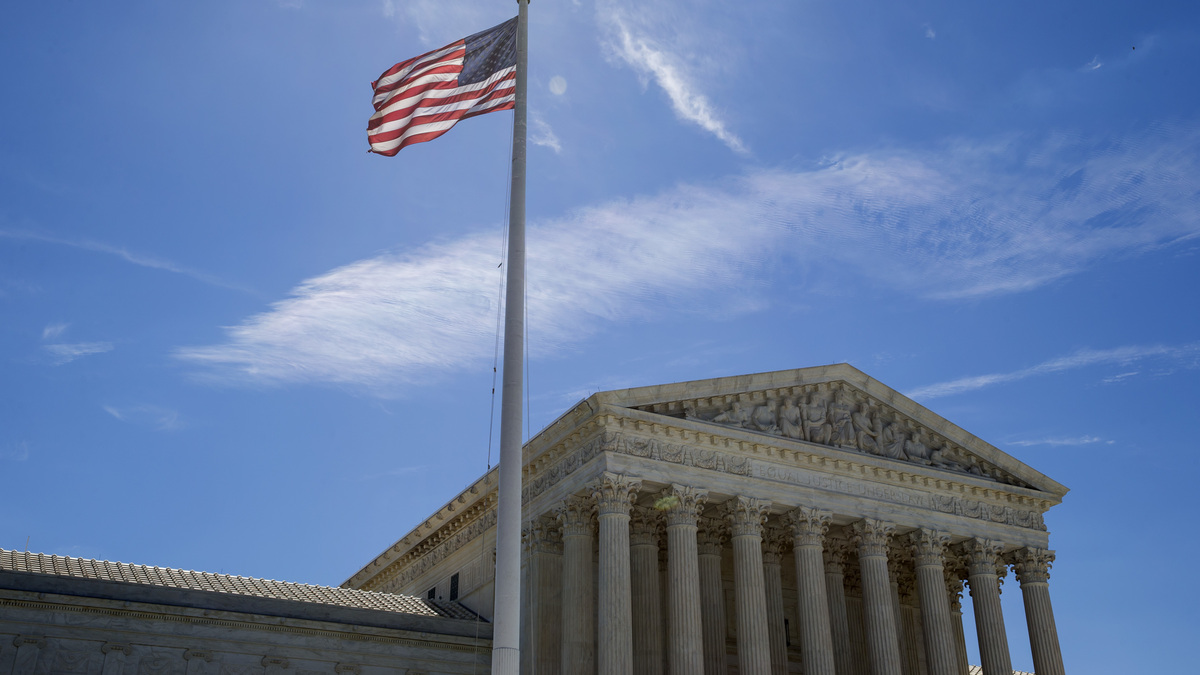 A flag flies outside the U.S. Supreme Court in Washington, D.C. The Trump administration's reshaping of the federal judiciary continued at a steady pace, with 18 new appeals court judges confirmed in 2018.

The Trump administration more than doubled the number of judges it confirmed to federal appeals courts in 2018, exceeding the pace of the last five presidents and stocking the courts with lifetime appointees who could have profound consequences for civil rights, the environment and government regulations.

A new analysis by Lambda Legal, which advocates for the LGBT community, reports that five of the country's 12 circuit courts are now composed of more than 25 percent of Trump-appointed judges.

The report concludes that the 8th Circuit, which covers Arkansas, Iowa, Minnesota, Missouri, Nebraska, North Dakota and South Dakota, has experienced the "most significant transformation," followed by the 7th Circuit across the U.S. Midwest and the 5th Circuit, which spans Texas, Mississippi and Louisiana.

Those courts play a major role in shaping the law, since they are often the destination of last resort. The Supreme Court agrees to hear only a small percentage of the petitions it reviews.

"Judges protect what we value most in society. No matter who you are, where you come from, what you look like, or who you love, we all deserve judges who can be fair and impartial," said Sharon McGowan, legal director and chief strategy officer at Lambda Legal. "That's why protecting our courts needs to be a two-party job. Democrats and Republicans alike owe it to the American people to ensure that the federal courts remain an impartial institution administering 'equal justice for all,' not just the wealthy and the powerful."

Lambda Legal has closely followed the Trump judicial picks, because it argues the administration has been selecting candidates with a "hostility" toward LGBT people. That includes a judge who wrote that transgender people are "delusional," and another who sat on the board of the Nebraska Family Alliance, which advocated for conversion therapy and against marriage equality.

To conservatives, the Trump approach to judges represents the administration's most enduring legacy and a central reason he won the White House. Many of the Trump nominees are members of the Federalist Society, an elite group that has made a point of creating a pipeline of future judges.

Last year, at its annual gala, the group honored former Trump White House counsel Don McGahn and Senate Majority Leader Mitch McConnell — a nod to their success in confirming federal judges. In a year-end fundraising letter for 2018, the Society reported that its network now numbers 75,000 people and "we are on the eve of closing a calendar year that was hardly imaginable in our early days."

It continued: "Our members--students, lawyers, law professors, legislators, public officials and more--are filling key positions in state and federal governments, in academia, and the private sector."

The trend on judges is likely to continue this year, since Republicans hold 53 seats in the Senate. McConnell often points to confirming judges as a key success of the GOP-controlled Senate since Trump was elected. It's a message that may have boosted the enthusiasm of conservative voters in the midterm elections, particularly with the heated confirmation battle over Supreme Court Justice Brett Kavanaugh coming just weeks earlier.

Since Democrats won control of the House, effectively blocking the conservative legislative agenda for two years, confirming judges and other presidential appointees in the Senate is perhaps the clearest avenue for Trump to advance his agenda before facing re-election in 2020.

With that political reality in mind, left-leaning groups know they are facing an uphill battle in the judiciary.

Christopher Kang, chief counsel at the advocacy group Demand Justice, said he's "heartened" that Senate Democrats refused to do a deal to confirm more Trump picks at the end of 2018.

But, he added, "it's not enough for Democrats to simply stop fast-tracking Trump's judges — we have been calling on them to oppose every one. Trump's nominees are the most conservative in history, and Republicans have broken every rule, custom and norm possible to steamroll the Senate's constitutional responsibly. It's time for Democrats to do everything they can and unite in their opposition."

Kang also pointed out that for all of Trump's success in filling judicial vacancies, only one African-American and one Hispanic judge have won confirmation in the Trump era. NPR recently examined the way the White House has been reshaping the judiciary by race, gender and qualification.