Accessibility links
The Political News You Missed Over The Christmas Holiday The government partially shut down, President Trump and the first lady made a secret visit to Iraq, and the stock market plunged and rebounded — all in just over a week. 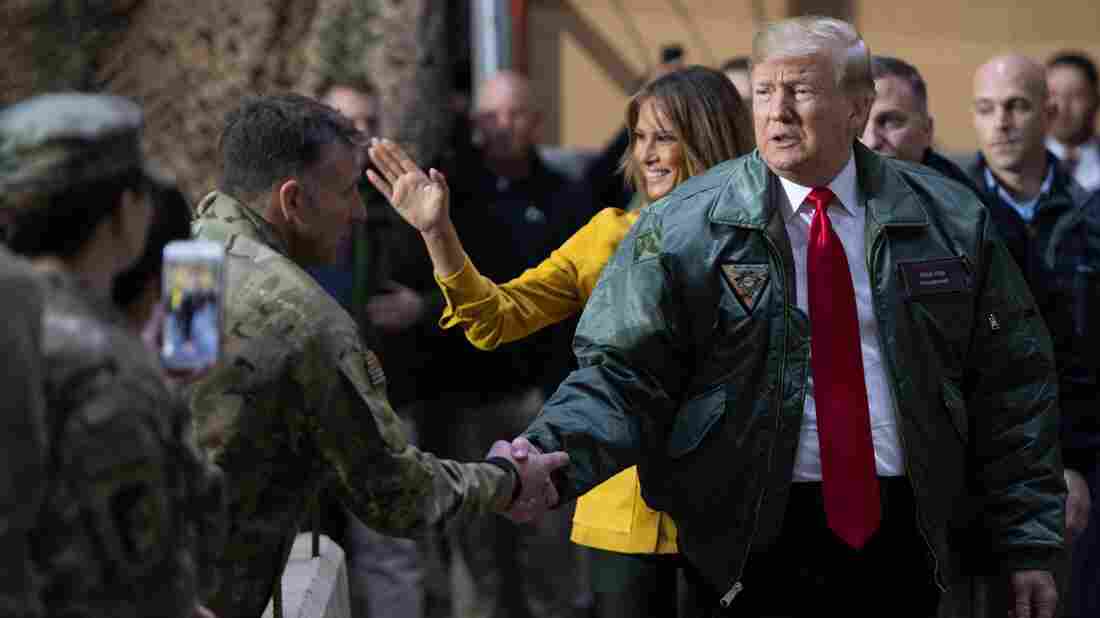 President Trump and first lady Melania Trump arrive to speak to members of the U.S. military during an unannounced trip to Al Asad Air Base in Iraq on Dec. 26. Saul Loeb/AFP/Getty Images hide caption 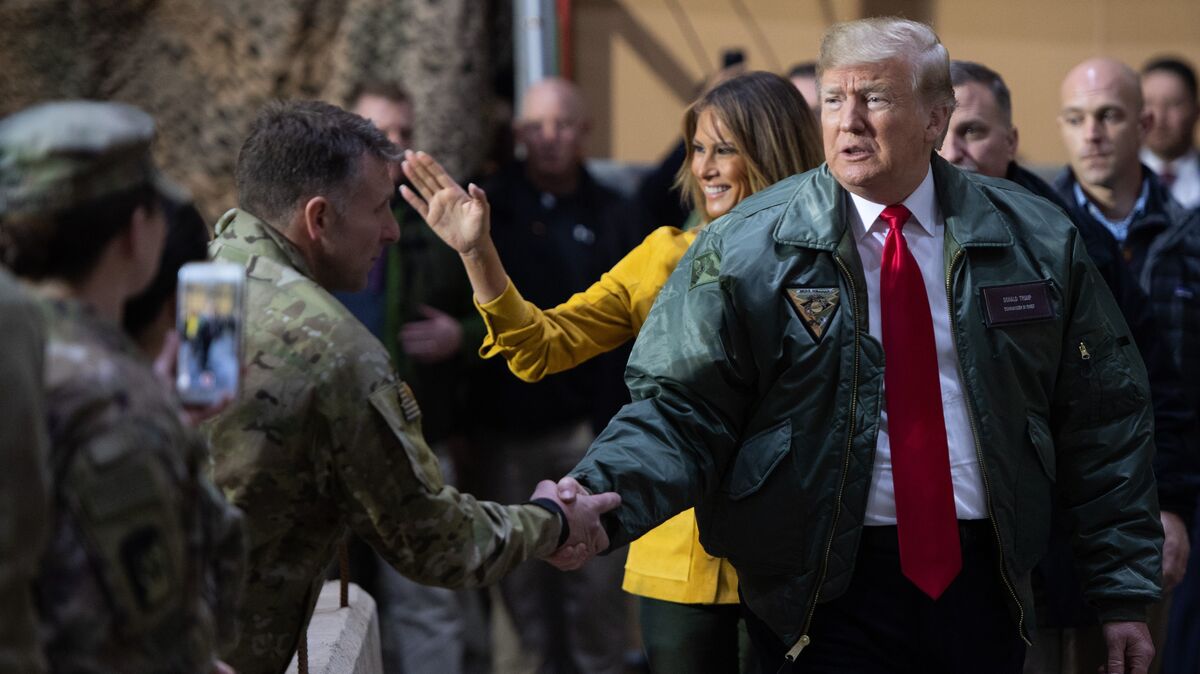 President Trump and first lady Melania Trump arrive to speak to members of the U.S. military during an unannounced trip to Al Asad Air Base in Iraq on Dec. 26.

Presents were exchanged, carols were sung, and the political news cycle kept on churning over the Christmas holiday.

As 2019 begins, here's a look at what you may have missed over the holidays.

Just after midnight, the partial government shutdown began after Congress failed to reach a deal on a spending bill. Senate Majority Leader Mitch McConnell, R-Ky., said it was up to Democratic leaders to cut a deal with Trump, who is demanding $5.7 billion in funding for a wall on the U.S.-Mexico border. The partial shutdown is the third time the government was shuttered in 2018.

The Dow Jones Industrial Average suffered its worst Christmas Eve performance in history, dropping 2.9 percent in just a half day of trading. Both the Nasdaq and S&P 500 index fell more than 2 percent on the day.

The volatile day on Wall Street followed an unusual public statement from Treasury Secretary Steve Mnuchin in which he said he spoke with the CEOs of the six largest banks in the country and was assured of their lending capacity.

Meanwhile, in Washington, D.C., Trump spent the day posting a flurry of tweets, including an attack on the Federal Reserve, a thank you message to Saudi Arabia and several thoughts about the border wall.

Trump also tweeted that he was "alone" in the White House and waiting on Democrats to make a deal with him on funding the southern border wall.

I am all alone (poor me) in the White House waiting for the Democrats to come back and make a deal on desperately needed Border Security. At some point the Democrats not wanting to make a deal will cost our Country more money than the Border Wall we are all talking about. Crazy!

In a clip that soon went viral on Twitter, Trump could be heard asking one young girl calling for an update on Santa's whereabouts: "Are you still a believer in Santa? Because at 7, it's marginal, right?"

Donald Trump, answering phone call from 7-year-old on Christmas Eve: "Are you still a believer in Santa? Because at seven it's marginal, right?" https://t.co/2ixSvHFugq pic.twitter.com/fmHYGtHV6r

The girl, later identified by the Charleston Post and Courier as 7-year-old Collman Lloyd of Lexington, S.C., said she still believes in Santa after the phone call with Trump — while noting she had never heard the word "marginal" before.

Trump took to Twitter Christmas evening to wish a Merry Christmas to "everyone, even the Fake News Media." Earlier in the day, he made phone calls to U.S. service members stationed overseas and, afterward, vented to reporters about Democrats and his firing of former FBI Director James Comey.

"It's a disgrace, what's happening in our country," Trump said in the Oval Office. "But other than that, I wish everybody a very Merry Christmas."

On the same day, U.S. Customs and Border Protection announced that an 8-year-old boy from Guatemala had died in U.S. custody, the second child in December to die in custody after being apprehended by the CBP. 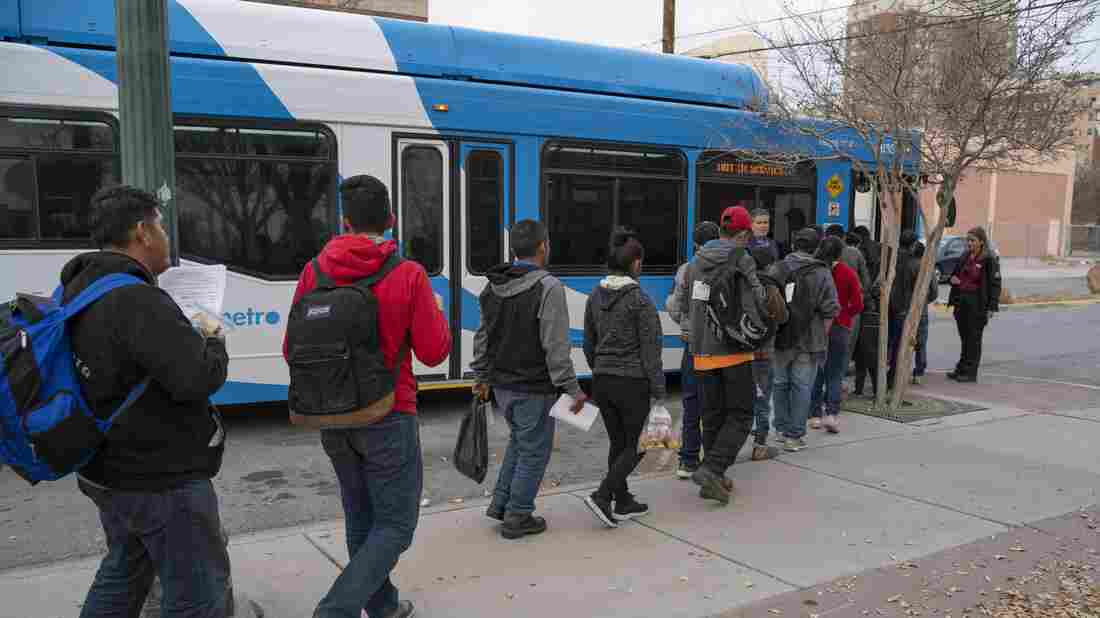 Central American migrants make their way to local buses after being dropped off in El Paso, Texas, by Immigration and Customs Enforcement on Christmas Day. Paul Ratje/AFP/Getty Images hide caption 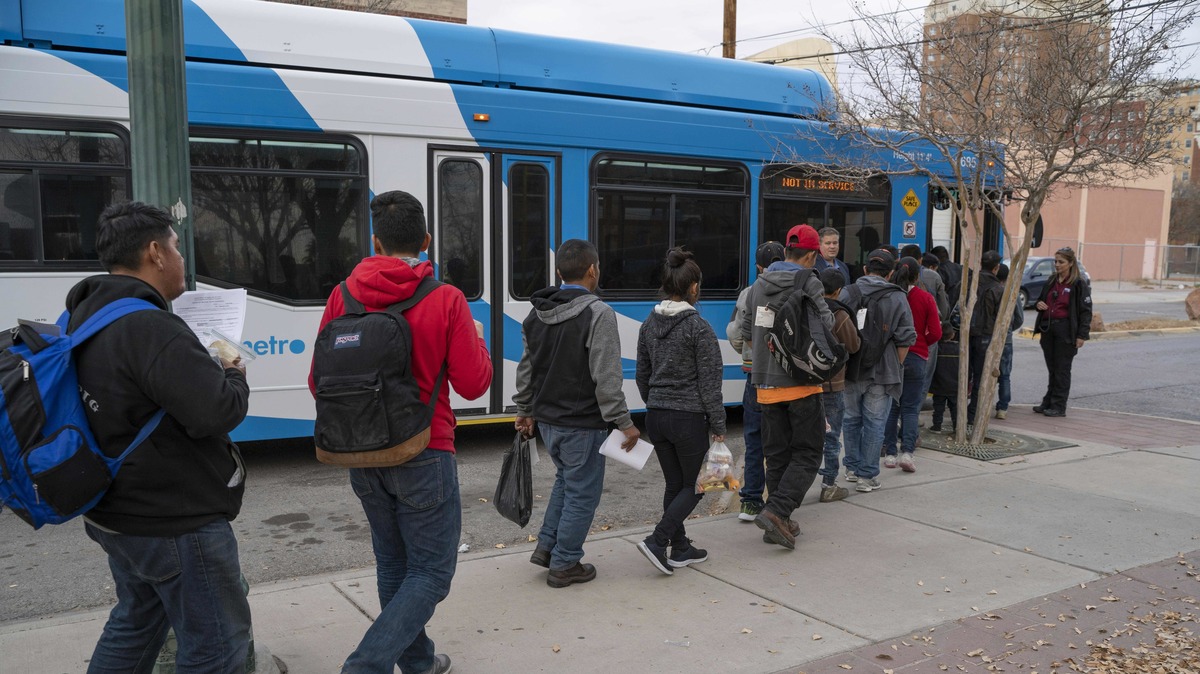 Central American migrants make their way to local buses after being dropped off in El Paso, Texas, by Immigration and Customs Enforcement on Christmas Day.

Immigration and Customs Enforcement also drew attention as the agency continued releasing hundreds of asylum-seeking migrants near a bus station in El Paso, Texas. Outgoing Democratic Rep. Beto O'Rourke responded to ICE's action by tweeting a call for donations for the families the agency released.

The day after Christmas was a busy one. Here are the highlights: 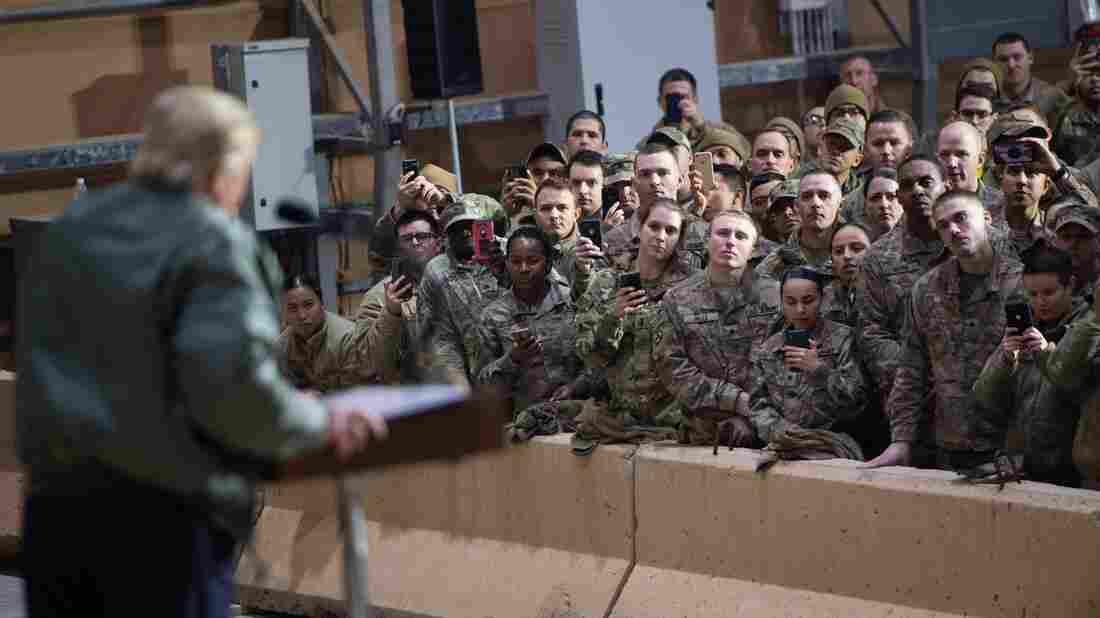 President Trump speaks to members of the U.S. military during an unannounced trip to Al Asad Air Base in Iraq on Dec. 26. Saul Loeb/AFP/Getty Images hide caption 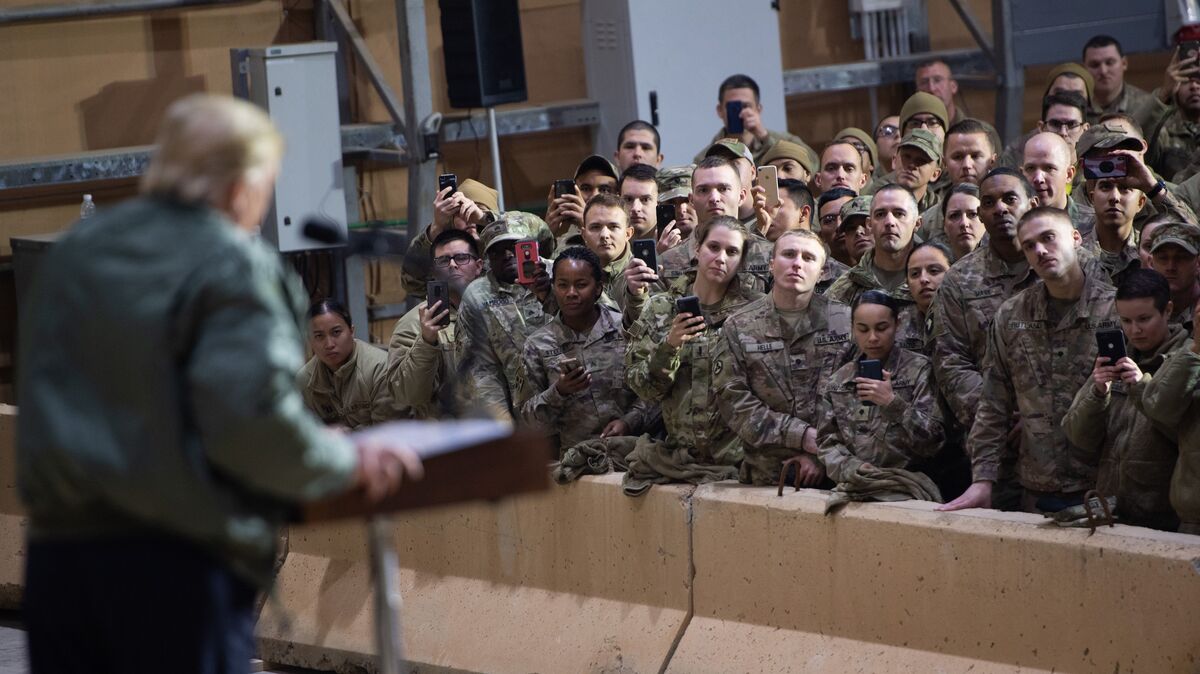 President Trump speaks to members of the U.S. military during an unannounced trip to Al Asad Air Base in Iraq on Dec. 26.

'Can You Come To The White House?' A Reporter's Tale Of A Surprise Trip To Iraq

It became clear the partial government shutdown would last into the new year after House Majority Whip Steve Scalise, R-La., advised members that no votes were expected in the House for the remainder of the week. Neither Trump nor Democratic leaders showed signs of backing down, each issuing statements blaming the other for the shutdown. 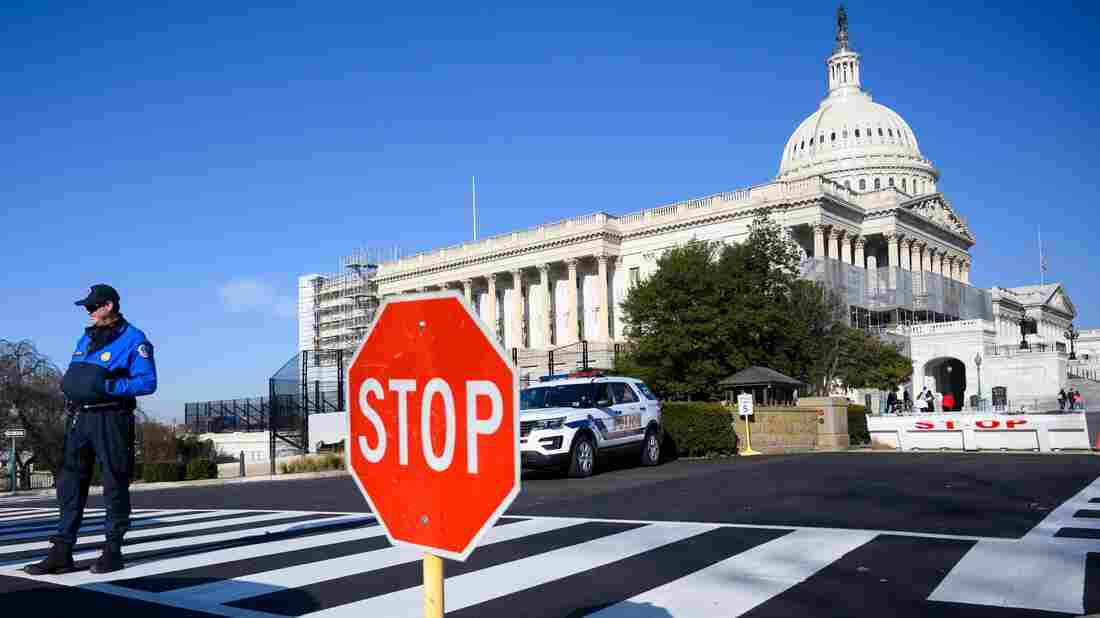 A police officer stands near the U.S. Capitol during a partial government shutdown in Washington, D.C., on Thursday. Andrew Caballero-Reynolds/AFP/Getty Images hide caption 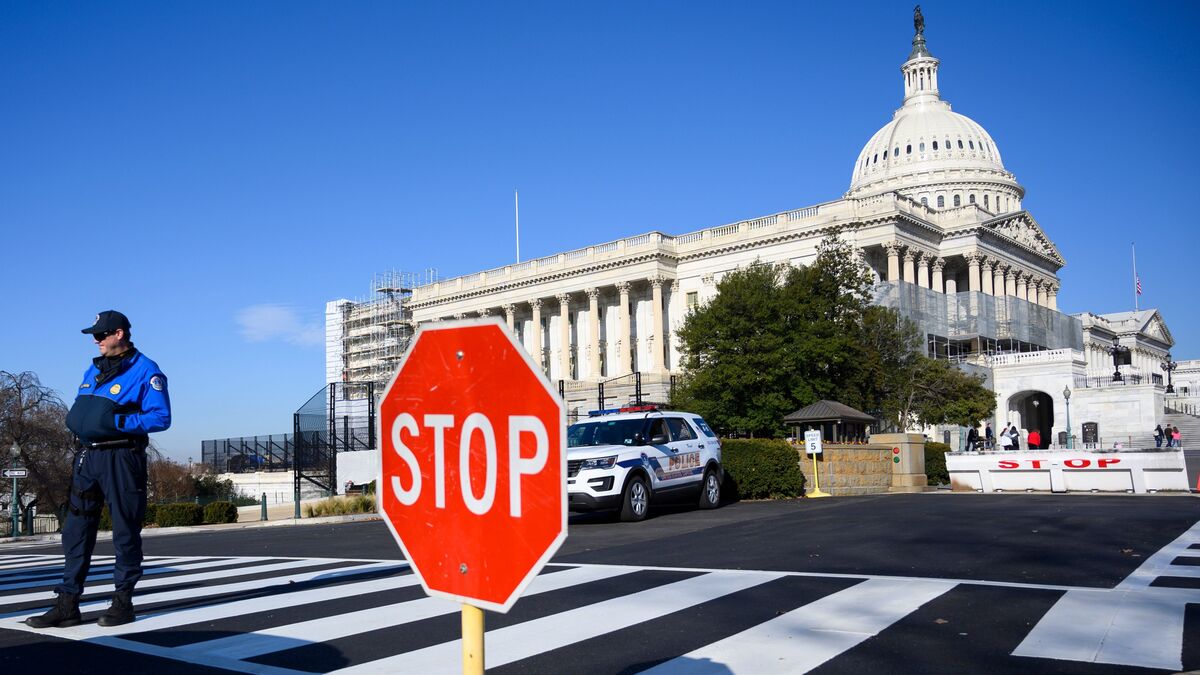 A police officer stands near the U.S. Capitol during a partial government shutdown in Washington, D.C., on Thursday.

One consequence of the continued shutdown: The Smithsonian announced it would close all of its museums and the National Zoo on Jan. 2 unless a spending deal could be reached.

Nielsen traveled to the southern U.S. border after the deaths of two migrant children in U.S. custody, citing an "unprecedented" increase in the number of families and children being apprehended.

On Twitter, Trump again threatened to close the border with Mexico; the president also said he will cut off aid to a trio of Central American countries. O'Rourke took to Twitter to take on Trump's proposed border wall in a video that racked up 5 million views in 72 hours.

The partial government shutdown stretched into its sixth day on Friday, and government workers living paycheck to paycheck began worrying about their ability to pay the bills should the shutdown continue.

Trump again took to Twitter to chide Democrats for not agreeing to his demands for border wall funding. The president also said on Twitter that "Any deaths of children or others at the Border are strictly the fault of the Democrats and their pathetic immigration policies...."

Trump also claimed "big progress" was being made on a deal with China as the trade war between the two countries continues. 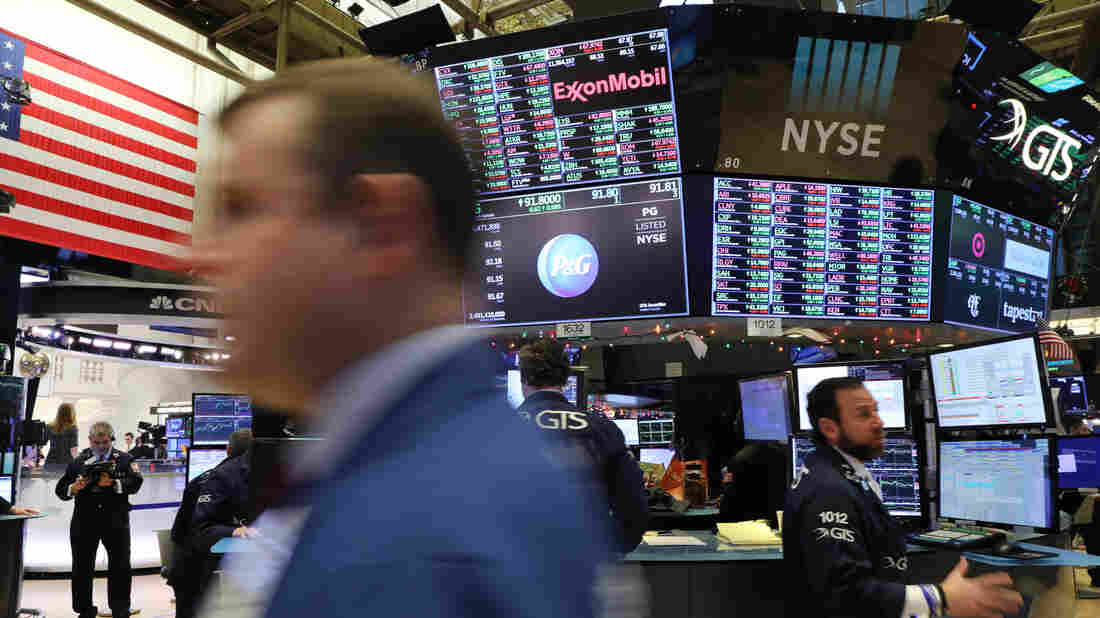 Traders work on the floor of the New York Stock Exchange on Monday, the last day of the trading year. Spencer Platt/Getty Images hide caption 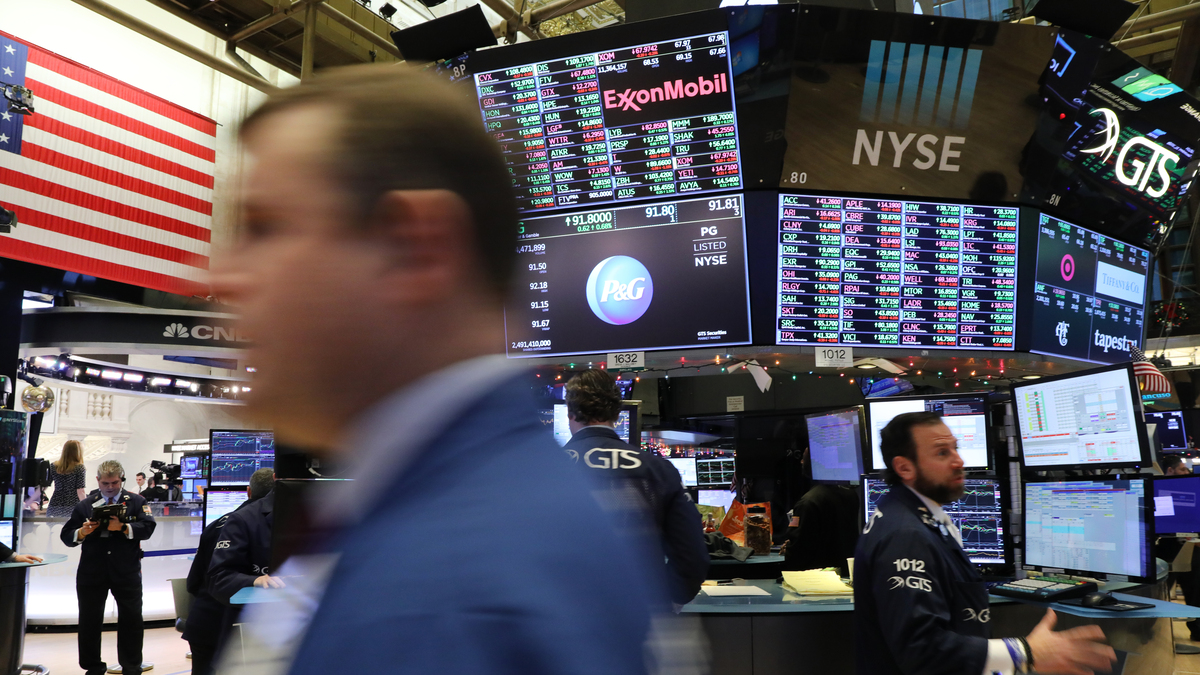 Traders work on the floor of the New York Stock Exchange on Monday, the last day of the trading year.

Democratic Sen. Elizabeth Warren announced she would form an exploratory committee — essentially launching her 2020 presidential campaign. She made the announcement in a video emailed to supporters, touting her work on consumer financial protections and vowing that Trump could be defeated in 2020.

In Capitol Hill news, a Democratic leadership aide said the House of Representatives will vote on a bill to end the partial government shutdown on Thursday — the day Democrats take control of the chamber. The bill will include full-year appropriations for six of the seven outstanding funding bills and temporary stopgap funding for the Department of Homeland Security through Feb. 8.

And on Wall Street, all three major stock market indexes closed 2018 down for the year.

As 2018 drew to a close, our political journalists looked back on some of the most important stories of the year, including:

The Top 10 Most Important Political Stories Of 2018, As Chosen By Readers

As 2019 begins, there are multiple big cases still unresolved in special counsel Robert Mueller's ongoing investigation into Russian interference in the 2016 presidential election — and more charges could be on the way.