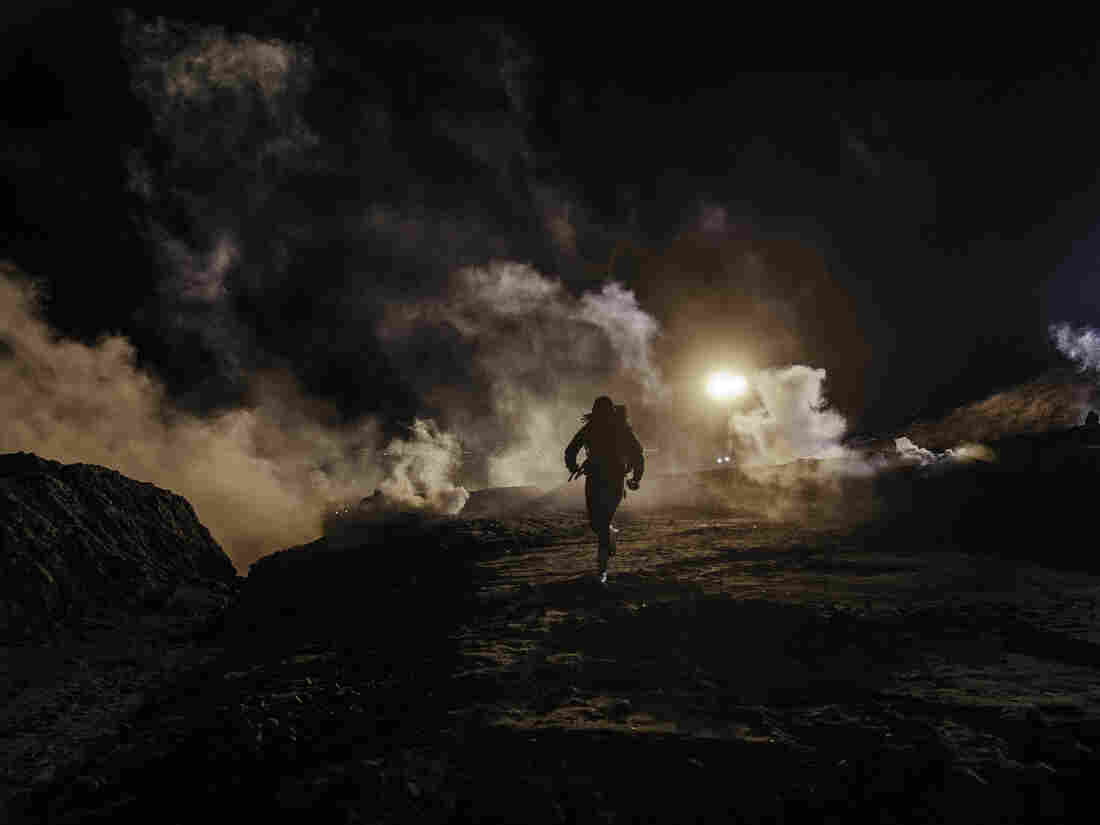 Migrants run as tear gas is thrown by U.S. Customs and Border Protection agents to the Mexican side of the border fence after they climbed the fence to get to San Diego from Tijuana, Mexico. Daniel Ochoa de Olza/AP hide caption 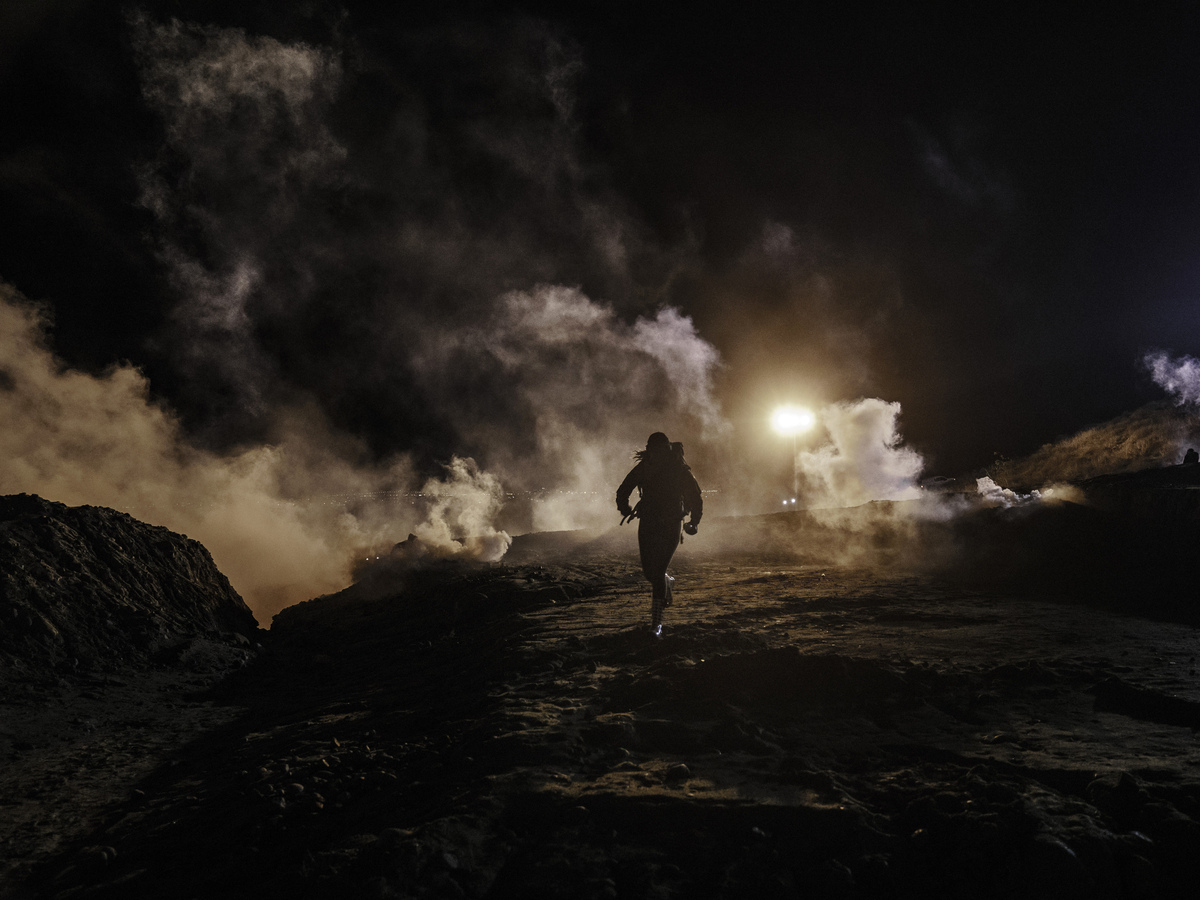 Migrants run as tear gas is thrown by U.S. Customs and Border Protection agents to the Mexican side of the border fence after they climbed the fence to get to San Diego from Tijuana, Mexico.

U.S. border protection agents fired tear gas into Mexico early Tuesday aimed at about 150 migrants who were trying to scale over and crawl under a border fence to cross into the U.S., according to The Associated Press.

White clouds of acrid smoke could be seen wafting over the migrants' heads in video captured by Reuters. Migrants coughed and bent over as they walked through the haze. At least one person hurled a canister back toward U.S. agents.

A spokeswoman for the Department of Homeland Security said the migrants were part of "a violent mob" that attacked U.S. agents with projectiles. Katie Waldman told reporter Wendy Fry "the mob began pushing women and minors to the front, forcing minors to climb dangerous concertina wire, and encouraged conveniently invited media to begin filming their illegal acts."

An AP photographer at the scene said the migrants began throwing rocks after the tear gas was fired.

The men, women and children on the Mexico side of the border arrived with the caravan of thousands of migrants who say they are fleeing violence and poverty in Central America. Most have been stopped in Mexico and have been waiting in shelters in Tijuana for weeks for a chance to apply for asylum in the U.S. Several of the migrants told the Los Angeles Times they tried to cross the border illegally after growing frustrated with the deadlocked process.

Amnesty International deputy director of research Justin Mazzola condemned the firing of tear gas as "cruel and inhumane" and called for an investigation into the incident.

"The Trump administration is defying international law and orchestrating a crisis by deliberately turning asylum-seekers away from ports of entry, endangering families who see no choice but to take desperate measures in their search for protection," Mazzola said in a statement.

In November, U.S. border agents fired tear gas at a crowd of migrants moving toward the U.S.-Mexico border. After that clash, the U.S. temporarily closed the San Ysidro border crossing.

The issue of border security has paralyzed the government after President Trump demanded an additional $5 billion in funding for securing the frontier and Democrats refused. The federal government began its 12th day of a partial shutdown Wednesday; it is unlikely to end before Congress resumes on Jan. 3. That's the day Democrats take control of the House of Representatives, and the chamber is expected to vote on a bill to end the shutdown.

DHS Secretary Kirstjen Nielsen visited the border over the weekend in Texas to inspect migrant processing facilities and medical screenings of children. Her visit came after two Guatemalan children died in U.S. custody in December.

Independent of border funding, the Trump administration has taken steps to tighten rules around asylum seekers. The White House announced in December that Mexico, rather than the U.S., will house migrants while they wait for their asylum cases to be processed.

Secretary of State Mike Pompeo told NPR's Steve Inskeep, "We think this will disincentivize folks who think that if they can make the transit through Mexico — a very difficult and arduous journey where terrible things often happen to these migrants — we think they will realize that they won't be able to stay in the United States and disappear into our country."

The White House has also attempted to prevent migrants from applying for asylum if they cross the border illegally, and to rule that domestic abuse or gang violence does not qualify migrants for asylum. Judges in California and Washington, D.C., struck down both those measures.