Accessibility links
Protests Erupt In Southern India After Women Defy Centuries-Old Temple Ban Protests raged throughout the India state of Kerala after two women entered the Sabarimala temple. Women of menstruating age were banned from the temple until last year. 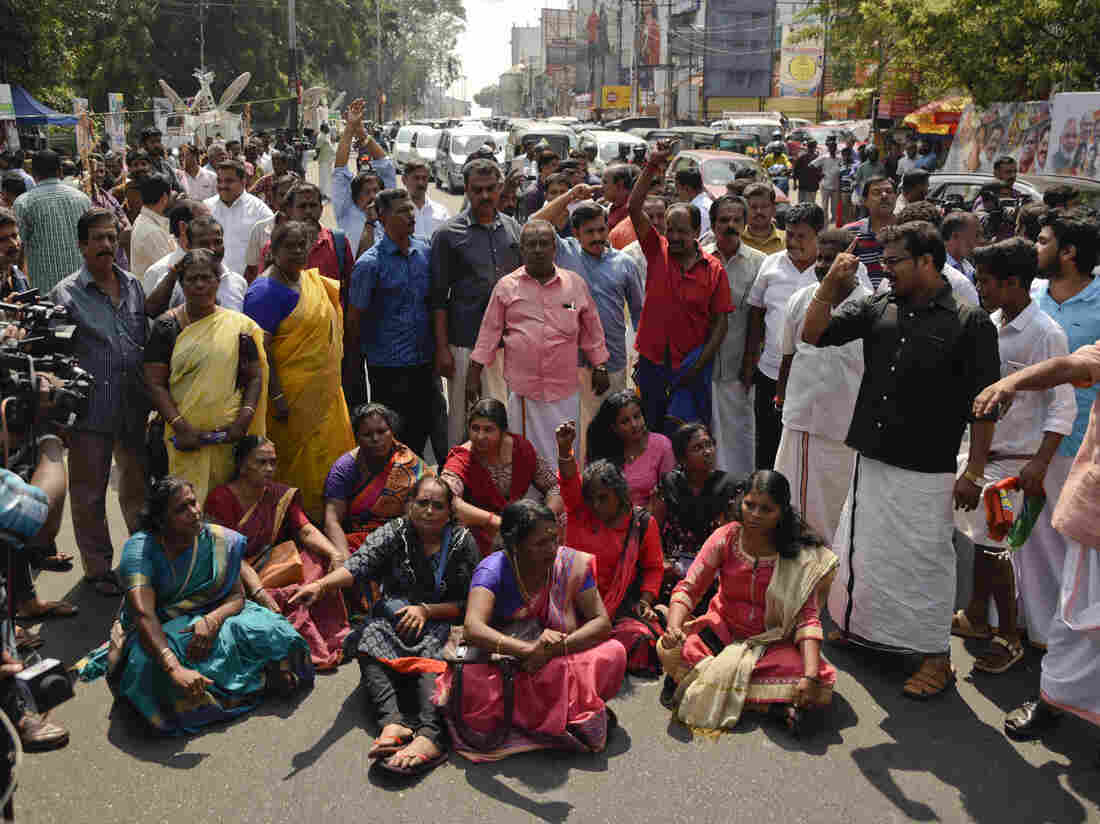 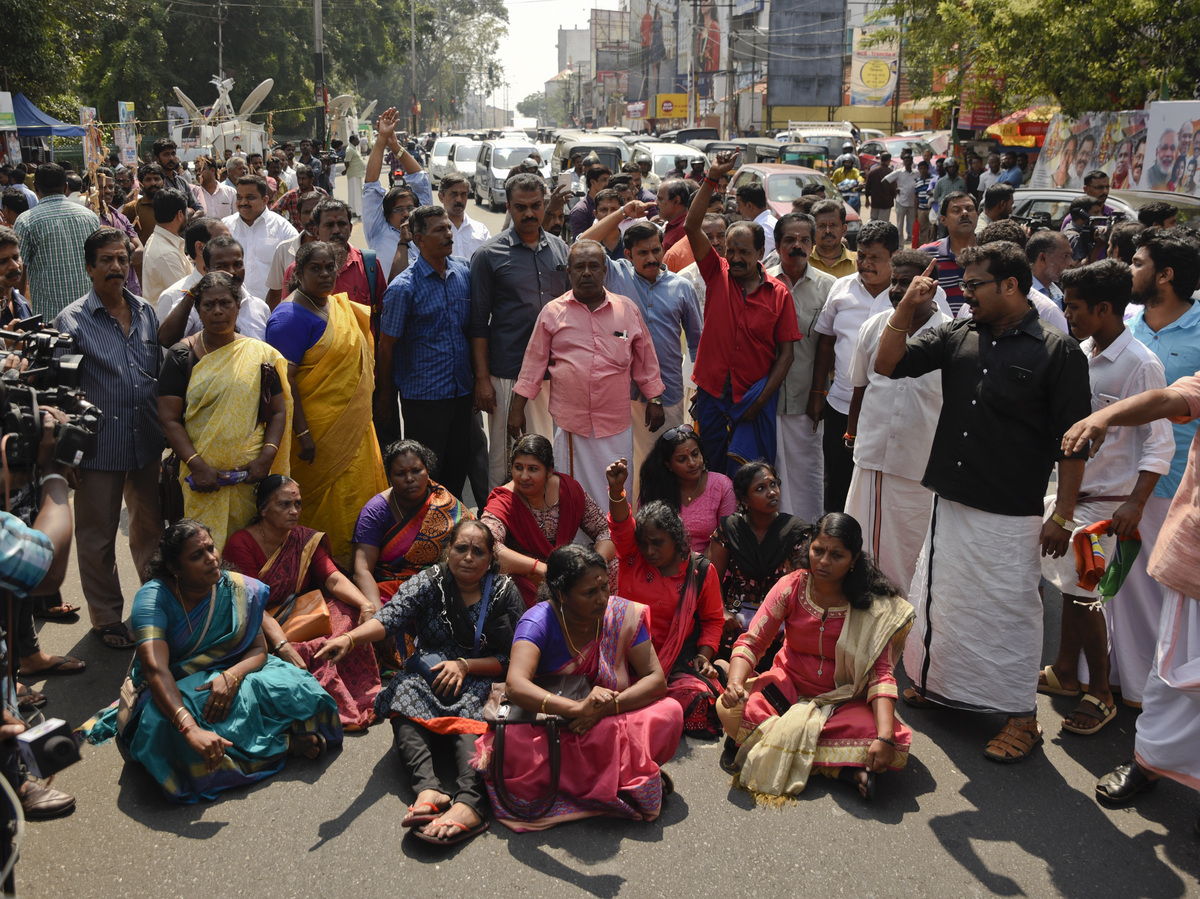 Protesters in Kerala's capital city of Thiruvananthapuram block traffic and shout slogans reacting to reports of two women of menstruating age entering the Sabarimala temple, one of the world's largest Hindu pilgrimage sites, on Wednesday.

For centuries, women of menstruating age have been banned from the Sabarimala temple in the southern Indian state of Kerala. The country's Supreme Court ordered the temple to lift the ban last year, but no woman below 50 had been able to get in, until today.

"The historic moment, caught on video, shows two women with their heads covered," reports NPR's Sushmita Pathak. "Holy chants blare on speakers as the women hurry into the Sabarimala temple."

The two women — identified by local media as Bindu from Perinthalmanna and Kanaka Durga from Kannur — were able to enter the temple on Wednesday after a midnight trek that lasted several hours. "We reached Pampa, the main entry point to the temple at 1:30 a.m., and sought police protection to enter the temple," Bindu said, according to Reuters. The local state government helped the women enter the temple, and defended their decision to do so in a news conference as "a matter of civil rights."

The incident prompted officials from the Hindu nationalist Bharatiya Janata Party, the party of Indian Prime Minister Narendra Modi, to call for protests. Reacting to the two women entering the temple, Reuters reports, the state president of Kerala's BJP, P.S. Sreedharan Pillai, described the visit as "a conspiracy by the atheist rulers to destroy the Hindu temples."

And in a rare aligning of rivals, the India National Congress Party also called for protests, according to Reuters.

In a statement, K. Sudhakaran, vice-president of the Kerala Pradesh Congress Committee, called the visit "treachery" and said "the government will have to pay the price for the violation of the custom."

Protests erupted in cities throughout Kerala later Wednesday, and Reuters reports police used tear gas and water cannons to disperse a crowd of protesters in the state's capital of Thiruvananthapuram.

The temple, which attracts millions of Hindu pilgrims each year, is dedicated to Lord Ayyappa, "a Hindu god who devotees believe is celibate and cannot have contact with women of menstruating age," writes NPR's Lauren Frayer. "Some believe that's because such women are impure. Others believe it's because they are of childbearing age — fertile and thus a temptation to Lord Ayyappa."

The result has been a ban on women ages 10-50 from entering the temple.

In September, India's Supreme Court ruled that the ban violated women's right to equality and the right to worship. The court ordered the temple to immediately admit women of all ages, but since then, "hundreds of thousands of protesters, male and female devotees and some right-wing Hindu politicians have turned out to block women from approaching the temple," NPR previously reported.

Local media report the temple was later closed for "purification."