Accessibility links
Randy Houser Returns to His Roots on the Cinematic 'Magnolia' Randy Houser imagines and inhabits a blue-collar, tortured soul character with some of the most expressive performances of his career.

Randy Houser Returns to His Roots on the Cinematic 'Magnolia'

Randy Houser Returns to His Roots on the Cinematic 'Magnolia' 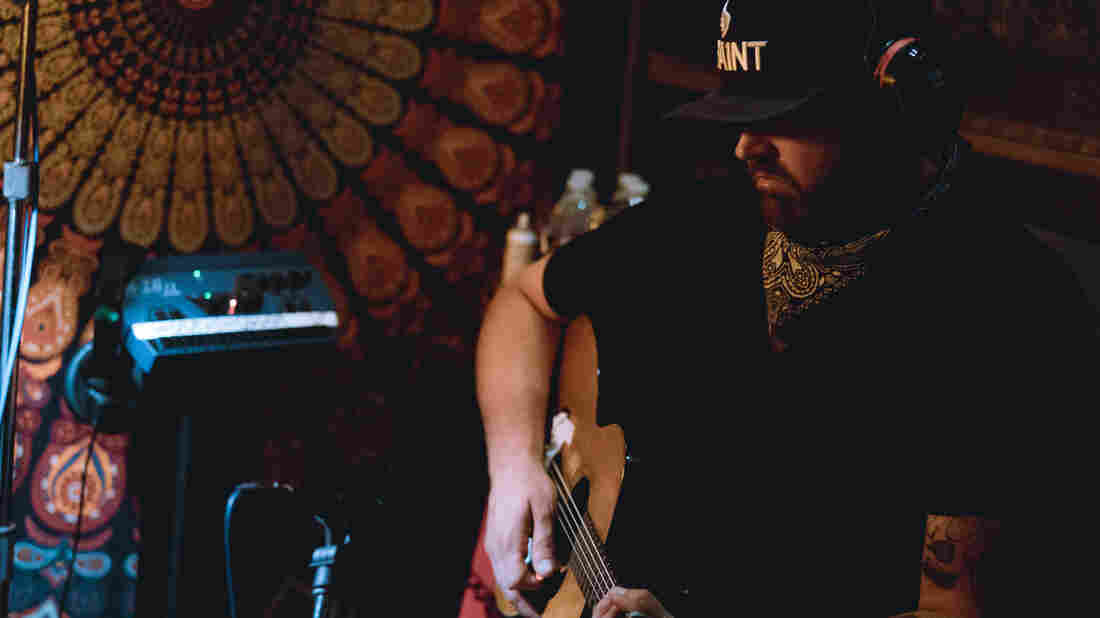 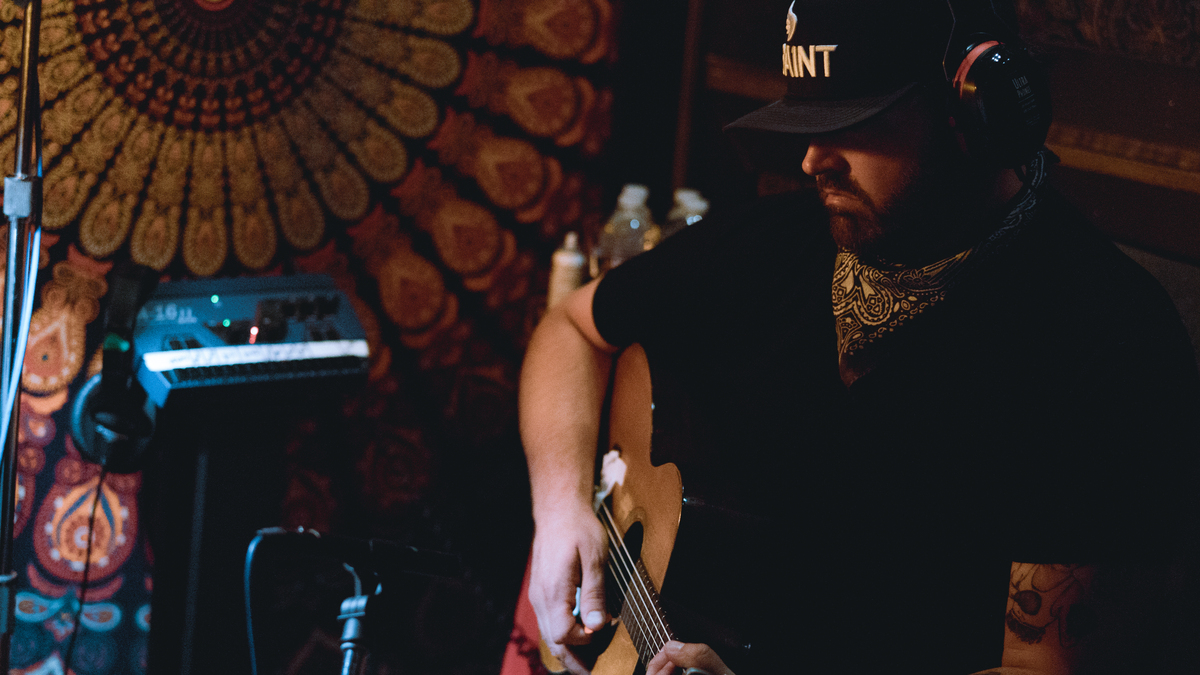 Sean O'Halloran/Courtesy of the artist

Fair or not, the generalized complaint about country music's men has long boiled down to the perception that they're lightweights — unimpressive singers who make music with low emotional stakes but get by on their good-timing approachability. Randy Houser has always been among the notable exceptions, a performer in the tradition of Delbert McClinton's, Hank Williams Jr.'s, Travis Tritt's and Brooks & Dunn's merging of roadhouse blues muscle and swing and honky-tonk grit. Houser introduced himself as a recording artist in 2008 (before that, he'd worked as a songwriter) with a gospelly, steel-sweetened pity party that showcased the supple robustness of his voice. 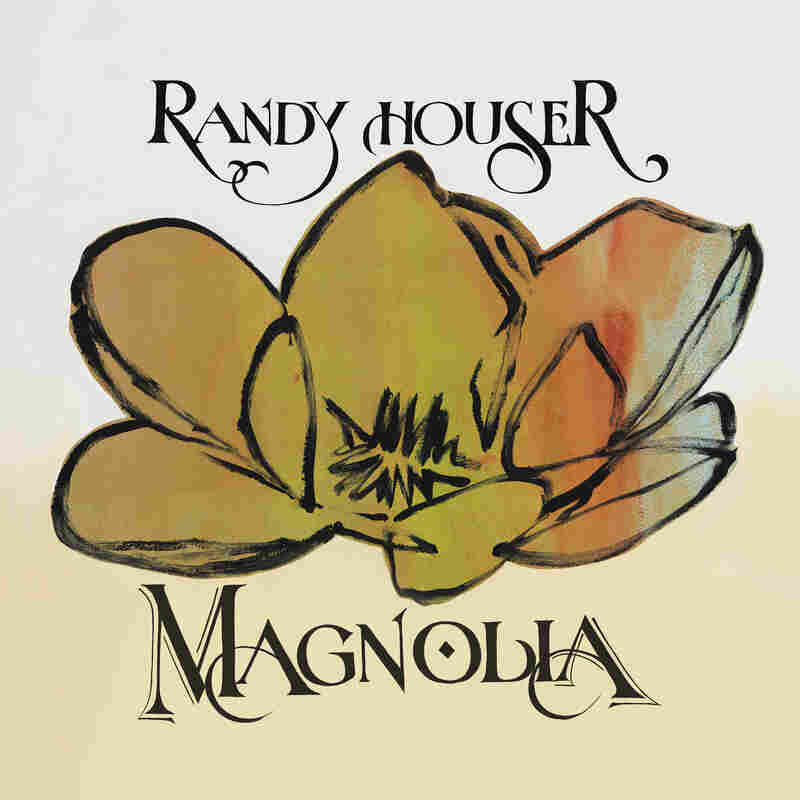 Magnolia comes out Jan. 11 via This Is Hit.

Though he gained early notice and respect in the industry, some of his output over the last decade has either been underappreciated (perhaps the fate suffered by his thoroughly satisfying set They Call Me Cadillac, released the same year as his kindred spirit and sometime co-writer Jamey Johnson's critical darling of a double album The Guitar Song) or a smidgen too accommodating of bro-country trends to feel like it was playing to his strengths. But it could be that the striking popularity of another ruggedly soulful, bearded male star who favors grown-up sentiments has given Houser the breathing room he needed.

The story goes that the 43-year-old Mississippi-born artist made a left turn in the middle of his 2016 tour, deciding to strip his big, jazzy production down to a lean lineup, then spent a while searching for songwriting inspiration and a more vital, visceral sound in the East Nashville home studio of his writer-producer buddy Keith Gattis. Houser has a record label, but he footed the bill for the recording of Magnolia — all dozen songs of which he co-wrote and co-produced — in anticipation of being told that he'd crossed the line into territory that was too uncommercial. Mercifully, that didn't happen.

The album is a song cycle that ranges through extremes. Houser captures phases of deepening infatuation, from the teasingly down-home and boyish declarations of devotion in "Nothin' On You," a hooky number that makes convincing use of country songwriting's familiar list form, to the intoxicated ramblings of "New Buzz," during which he makes a sly climb up from his gravelly, devilish low register above the band's lightly funky, syncopated churn, and the awed sentiment of "Our Hearts." During an especially spare passage in the latter track, he ruminates above long bass notes and a brittle, brushed snare pulse: "I knew it in the car that night when you looked left and I looked right and we...both grinned." He's nearly whispering when he pauses, then finishes the line with his singing partner Lucie Silvas.

The other side of the coin, for an artist bent on speaking to a full range of experience, are the songs the show Houser stewing in anguish, nursing his wounds and openly grieving the loss of love. "No Good Place to Cry" is a woeful, slow-burning blues ballad, and a chance for him to channel his leathery emotionalism into fitful outbursts. During the modern barroom weeper "What Whiskey Does," he punctuates his musings about what he might wind up doing in such a low, lubricated state with rumbling, rueful, sung-spoken sighs. "What Leaving Looks Like," another well-crafted ballad, begins with Houser in a subdued state of distress, circling around the same few notes, until he unleashes the full-throated, masochistic desperation of the chorus plea: "Come on and make it hurt / Do you best to do your worst."

Houser delves into other struggles, along with other ways of letting off steam. "Whole Lotta Quit," a shuffling barn-burner heated by overdriven harmonica, is a heartily defiant declaration of an hourly wage-earner's right to resent the work day and cut loose when it's over — a well-worn concept that Houser winningly reanimates by leaning into his guttural drawl so that he projects a rascally, loafing quality. During "No Stone Unturned," which progresses from a lithe, galloping groove overlaid with guitar filigree to a militaristic march, he settles into the slight sags in melody at the end of each line of the verse, and sounds both ennobled and chagrined by the restless pursuit of self-knowledge and wild times.

The latter song is the first one on the album, and also the first in its accompanying feature film, also titled Magnolia, whose storyline centers on an oil rig worker (played by an actor, not Houser) and further fleshes out the blue-collar, tortured soul character that Houser imagines and inhabits. These are, by far, some of the most expressive performances of his career, and the playing, including his and Gattis' guitar work, is sneaky, sinewy and groove-driven, not bulky or overly processed. On a certain level, this is Houser's back-to-roots album, that common tool of a mid-career artist looking to shore up his footing and distance himself from styles that seem more transitory, but it's no mere gesture on his part; he's in his element, and truly going for it.