Accessibility links
The New Congress Has A Record Number Of Women — But Very Few Republican Women While Democratic women are smashing records for serving in office, the GOP is grappling with how — and how much — to work on boosting its women candidates. 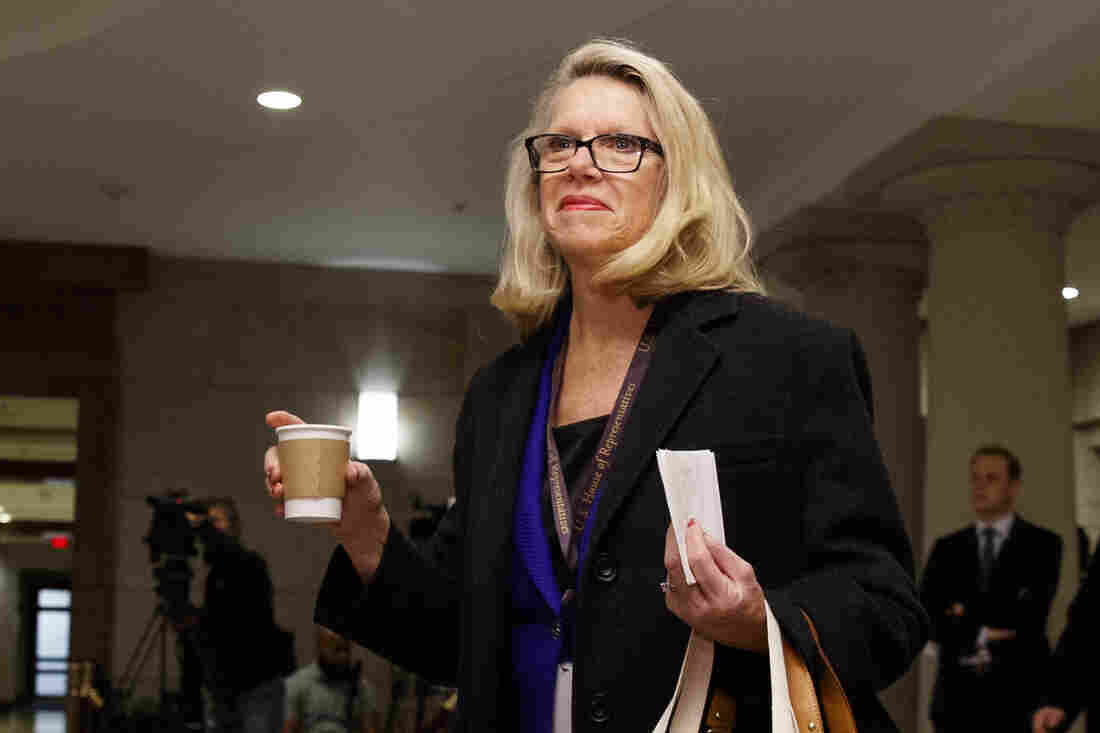 Rep.-elect Carol Miller, R-W.V., will be the only new women member of the House GOP in the new Congress. Carolyn Kaster/AP hide caption 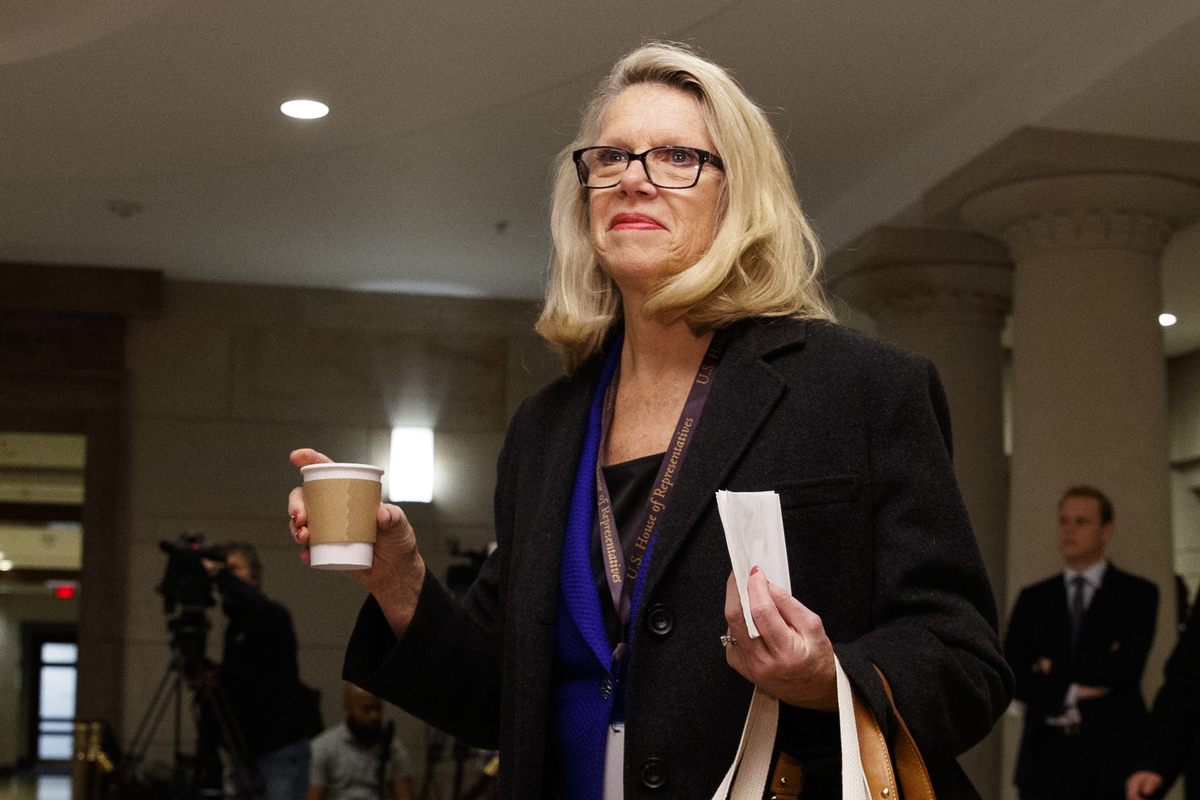 Rep.-elect Carol Miller, R-W.V., will be the only new women member of the House GOP in the new Congress.

Ashley Nickloes is a busy woman. She's working toward her master's degree. She has four living children (she specified that a fifth died after a preterm birth). And when I caught her, she was in St. Louis, doing simulator training for her role as a pilot in the Air National Guard.

"You know, you can only be busy a hundred percent of the time," she laughed. "You get enough sleep when you're dead."

On top of all that, she also ran for Congress in Tennessee last year, but lost in the primary.

She knows any number of factors played into her defeat — for example, she was deployed for part of the campaign — but Nickloes also thinks the GOP needs to do more to get women like her elected.

"With only — what — 13 seats now in the House of Representatives as Republican women, that is not at all indicative of who the Republican party is," she said.

First Latina Elected To Congress Retires With A Warning To Republicans

In a recent interview with NPR, retiring Florida Representative Ileana Ros-Lehtinen also expressed outrage at the declining number of GOP women in Congress.

"It is unbelievable. It is astounding. It is eye-popping, and I hope that our Republican leaders see this as a challenge and a problem that we need to fix," she said.

One reason Republican women are poorly represented at the national level is that they're also relatively scarce in state legislatures, which are traditionally a training ground for Congress.

"When opportunities come along, when there's there's an open seat, who's in the pipeline to run? Is there a state legislator who's sitting and waiting to take that on?" says Debbie Walsh, director of Rutgers University's Center for American Women and Politics. "I think it's significant that of the one new Republican woman who was elected [to Congress] in this cycle, she came out of the state legislature: Carol Miller in West Virginia."

Both parties also have different ideas about how important diversity is. One in 3 Republicans believe there are too few women in political office. In comparison, 8 in 10 Democrats think so, according to the Pew Research Center.

Walsh adds that pitching a candidate's gender as a positive factor is a tough sell in a party where "identity politics" is an insult.

"On the Republican side there is a real shunning of identity politics. In fact, when Paul Ryan became speaker, he thought that the number one reason that there was the kind of partisan gridlock in Washington was because of identity politics," she said. "So that makes it harder it makes it harder when you go out to raise money and make the case for why why do elect more women, if you can't talk about the substantive difference that they make by being there."

Polarization may also be keeping some candidates out of office, sapping the GOP of another potential pool of women.

Women Veterans Show Off Fighter Jets In Campaign Ads, But Also Their Minivans

"There's a feeling that 'There's no place for me in the Republican Party right now for moderate women,' " said Erin Vilardi, founder and CEO of VoteRunLead, a nonpartisan group that recruits and trains women to run for office. "And that's something that we've heard repeatedly."

That could be hurting Republican women candidates in primaries, in which voters are necessarily more partisan than the general election electorate.

On top of all that, there's money.

"Women just are usually running for office from less moneyed professions, less moneyed networks," said Walsh. To the extent that men are overrepresented among, for example, highly paid lawyers, they might reasonably know other people willing to pitch money into their campaigns.

That brings us back to Nickloes. She says her lack of connections hurt her fundraising.

"Because the other gentlemen had a lot of political influence already, I heard the word 'retribution' continuously," she said.

"I had a lot of people who were like, 'I'll give you $175,' but you know, these are people who are able to give thousands, and so they didn't want their name coming up on a report so that my competitors could see." (Donations over $200 must be itemized on federal fundraising reports.)

To boost their women candidates, Democrats have a campaign money juggernaut in Emily's List. The equivalent groups on the right have much less money, and that makes it harder for the Ashley Nickloeses of the world to win their primaries, according to Sarah Chamberlain, CEO of the Republican Main Street Partnership, which tends to back more moderate GOP candidates.

"It's candidates like that we have to get through. And there tends to be a lack of groups funding the GOP women," Chamberlain said. "I'd like to see the women's groups begin to work together." 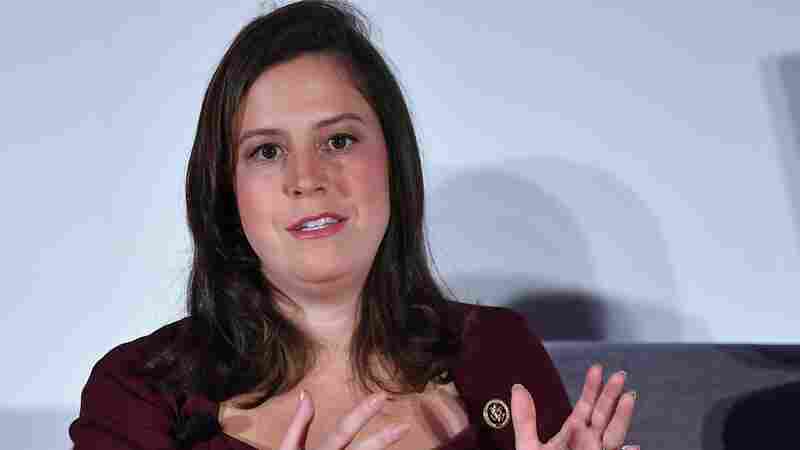 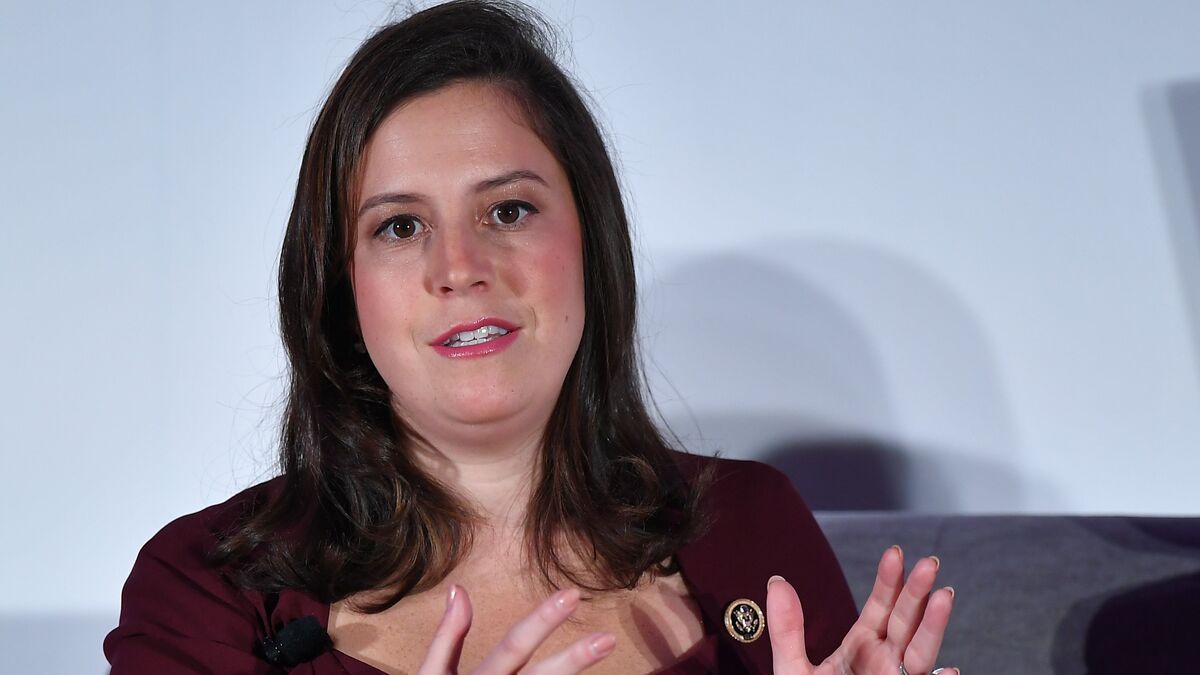 A chief critic of the party's approach to electing women is New York Rep. Elise Stefanik.

"I am tired of having this issue within our conference, so I think it's time to roll up our sleeves and try to change the types of candidates we have," Stefanik said at a Politico event in Washington last month.

Stefanik recently stepped down from recruitment at the National Republican Congressional Committee to build up her own group to support women in GOP primaries — which could be a boon if more moderate women are indeed having difficulty getting over that hurdle and into general elections.

When NRCC Chair Tom Emmer seemed to call Stefanik's decision a "mistake," she swiped back.

Emmer later clarified that he thinks it would be a mistake for the party to get involved in primaries.

But for her part, Nickloes, the pilot from Tennessee, believes the party should do more for women in primary elections. As for whether she'll run again, she's still deciding.